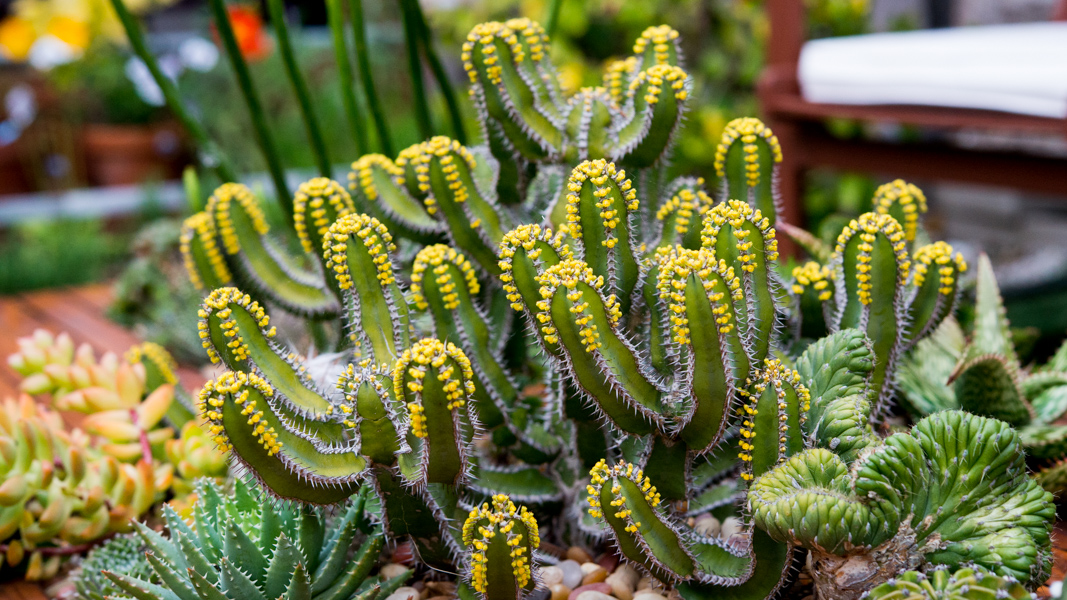 Shaped like a candelabra, our Euphorbia avasmontana is in bloom. But when we talk about the spectacle, we’re not talking about the flowers (which are too small to be easily seen)—we’re talking about the plant’s cyathia. That is, the yellow flower-like structures that add flash to a blossoming euphorbia.

For now, let’s call the whole thing the inflorescences. (Which would be our name if we ever started a band.) This euphorbia’s inflorescences are interesting in part because they are tiny. So tiny. The cyathia’s fused bracts are cup-shaped, Post-It yellow, and when you look at them as a group, they appear to be bathing the plant in a warm light. 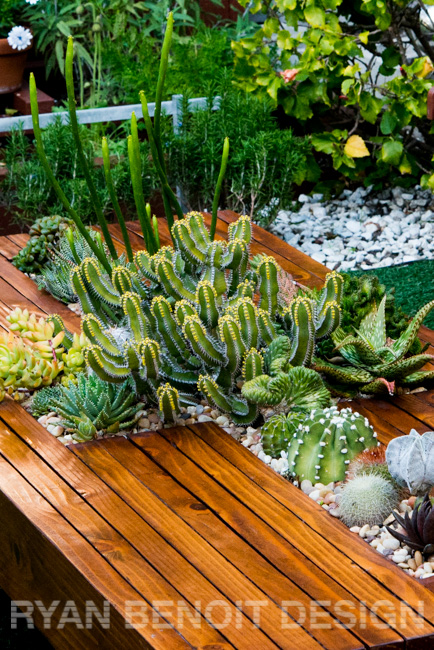 Our ‘Euphorbia avasmontana’ is all aglow in our outdoor living coffee table. See more of Ryan’s designs here. 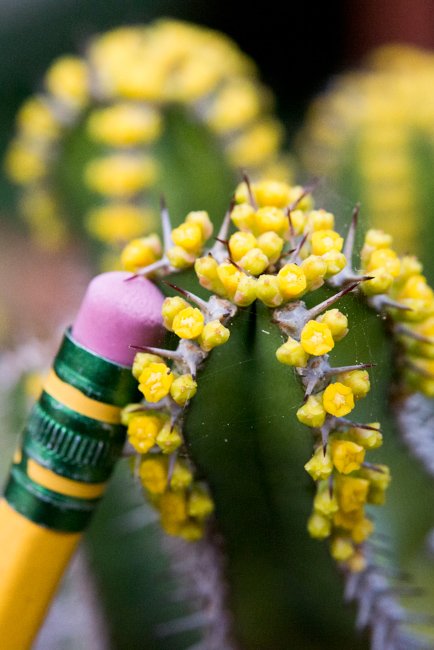 This swag is brought to you by the plant’s cyathia, the flower-like structures that surround the even tinier bare-bones flowers of euphorbias.

We picked up this euphorbia almost a year ago at the LACSS Drought-Tolerant Plant Festival. (You can revisit our visit here.) We were looking for a centerpiece for the succulent table Ryan designed for our outdoor living room, and we were attracted to this Euphorbia avasmontana — how robust it was, how it was both compact and bursting with limbs.

This species is a spiny succulent native to arid slopes of Namibia, South Africa and Botswana. It prospers in well-draining soil — like the cactus mix available at your local nursery — and sunny locations free of frost. Mature plants can reach up to 8 feet tall and just as wide, thanks to branched stems numbering as high as 50. 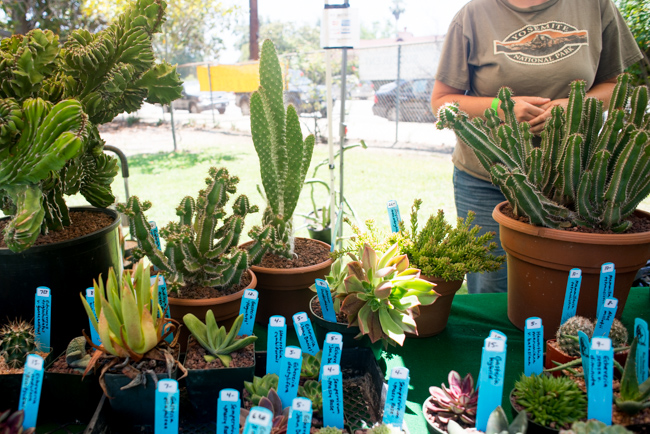 Right there on the left, the euphorbia destined for our garden. 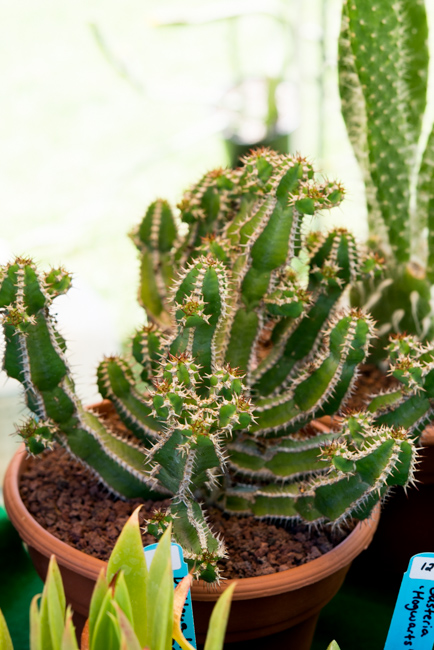 A closer look at the Euphorbia avasmontana we picked up from Rain Shadow Designs’ booth at the LACSS Drought Tolerant Plant Fest in May of 2015. 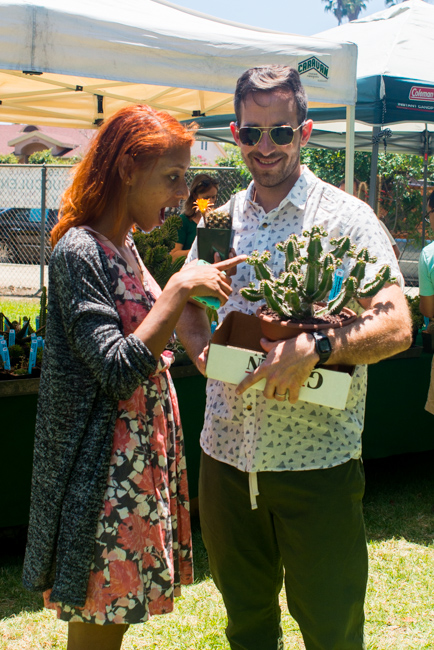 We were attracted to the multitude of branched stems on this compact plant! (Photo by Julian Mackler.)

After we bought our E. avasmontana from the booth of Rain Shadow Designs (at $32 it was the most expensive item in our haul), this succulent caused a lot of stop-and-chats while we were toting it around.

And just a week and a half ago, our shapely plant started glowing. When inflorescences fade and fall, they leave little markings known as cyathium scars between the spines. We don’t know if the blooms are fragrant because we don’t need any more body piercings (maybe when we finally form The Inflorescences), but we were inspired to fire up our macro lens. 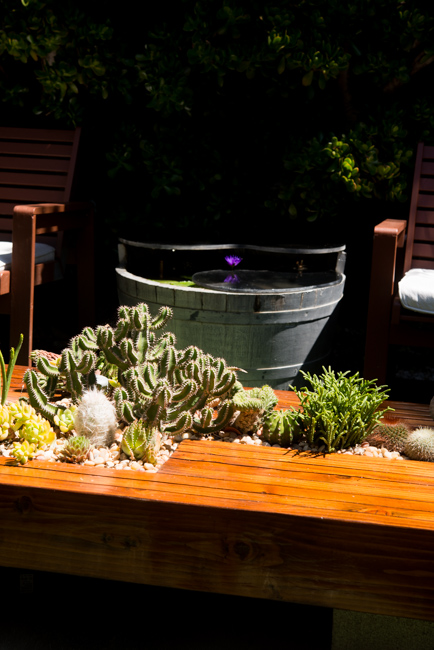 After we planted our euphorbia in Ryan’s succulent table, August 2015. 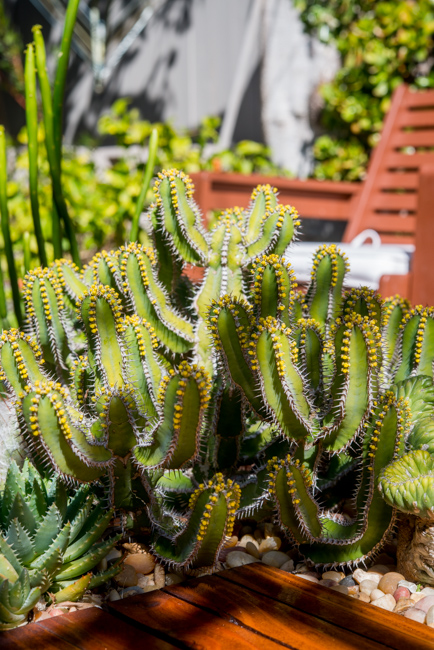 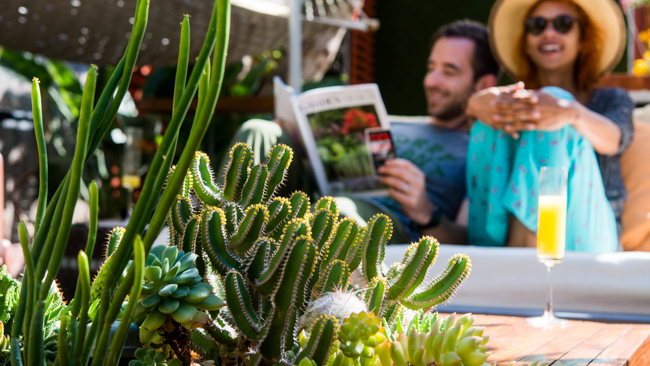 Hey, don’t you love it when your plants match your mimosa? 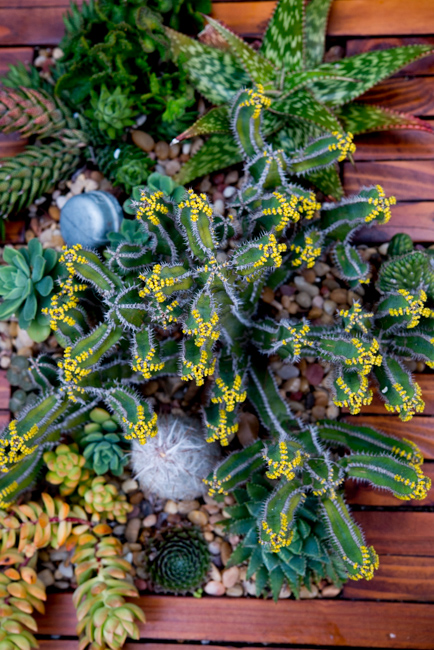 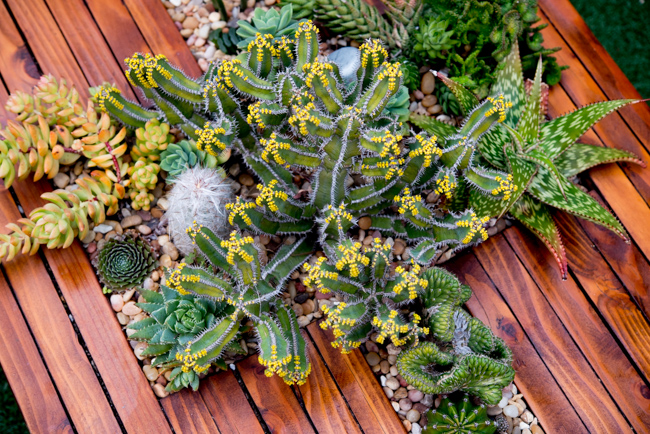 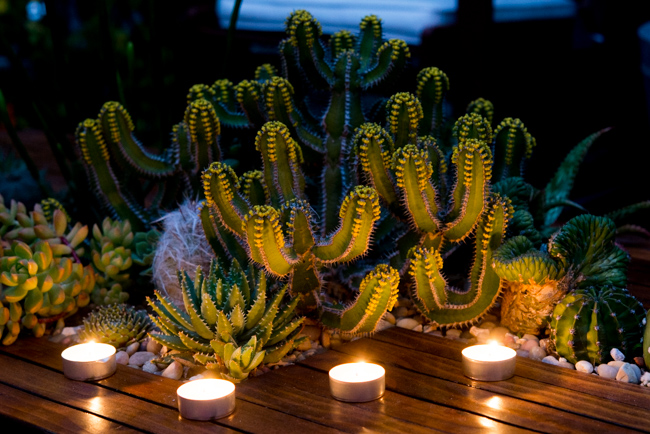