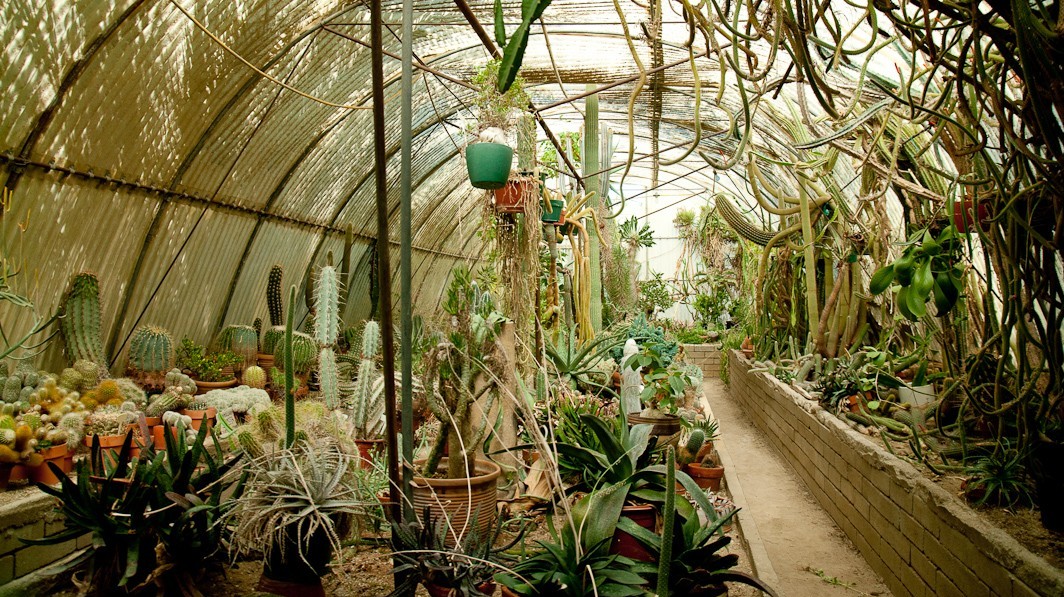 Our first trip to Palm Springs was a revelation, design-wise, for ourselves and for our house and garden.

That was four years ago. Since then we’ve returned annually, usually staying at the Ace, because we love its whole year-round-summer-camp-for-adults vibe. (Down to the hipster water aerobics every Sunday.)

When we first moved in to our place back in 2007, the interior was an amalgam of RB’s old bachelor-pad essentials (overstuffed green couch and an intense velvet portrait of a tiger), and pieces from C’s unfortunate flirtation with cottage chic while living in LA, to the tune of lavender and butter-yellow everything — including a chair with a rosette carved in the frame whose seat was broken during a rowdy dinner party.

A copy of LA Modern was our one ray of hope. Touched off by designs of Rudolph Schindler, Richard Neutra and Frank Lloyd Wright, we headed east one weekend and the rest, as they say, is midcentury modern history. 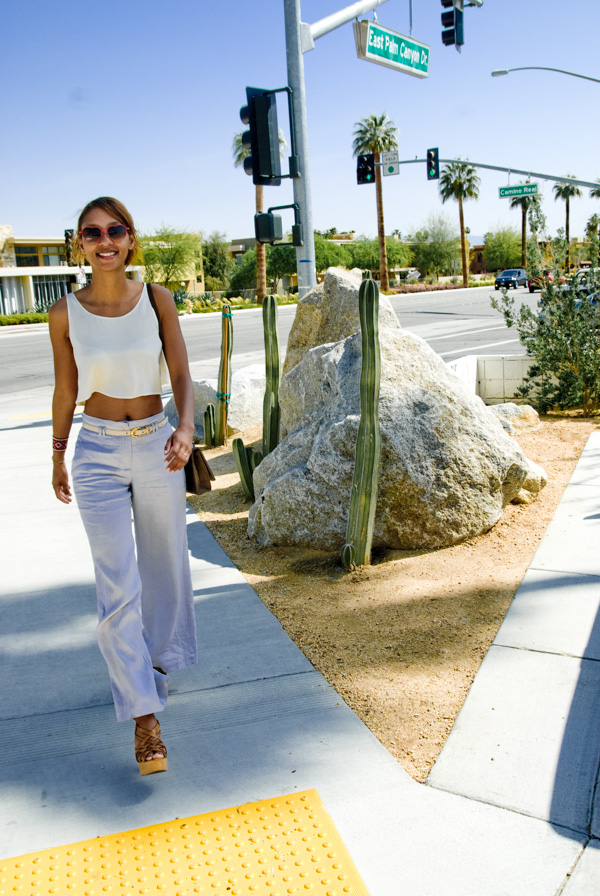 Outside the Ace Hotel, Palm Springs.

Folks, this place is over 80 years old. It’s a horticultural landmark dedicated to the beautiful, resourceful, offbeat plants of the desert. The garden isn’t huge — you could get the full experience in about 45 minutes; $4 entry fee — but it’s packed to the gills with survivalist greenery. 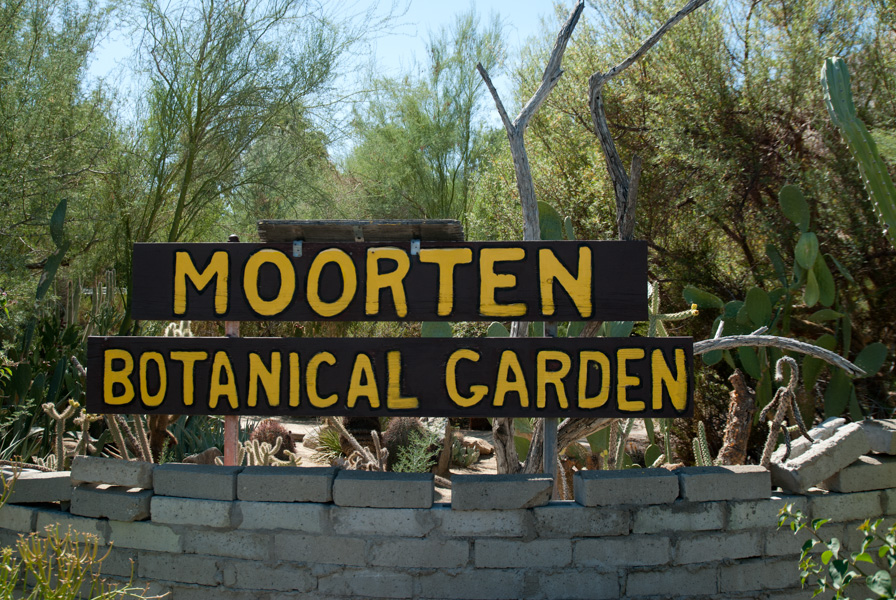 There are many, many species of cactuses here (we’ll get to those in just a moment) along with palo verdes, agaves, euphorbias, aloes, jojoba and yuccas. Leaf-munching tortoises too. And there was at least one boojum tree on the premises, whose branches jam out horizontally from its cone-shaped trunk, cutting a Seussian figure when you step back to take in the whole thing. 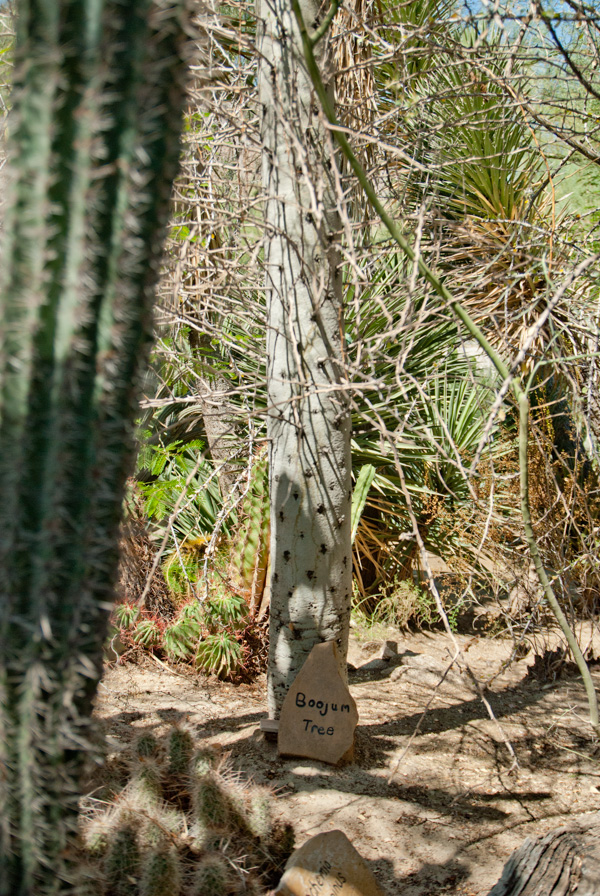 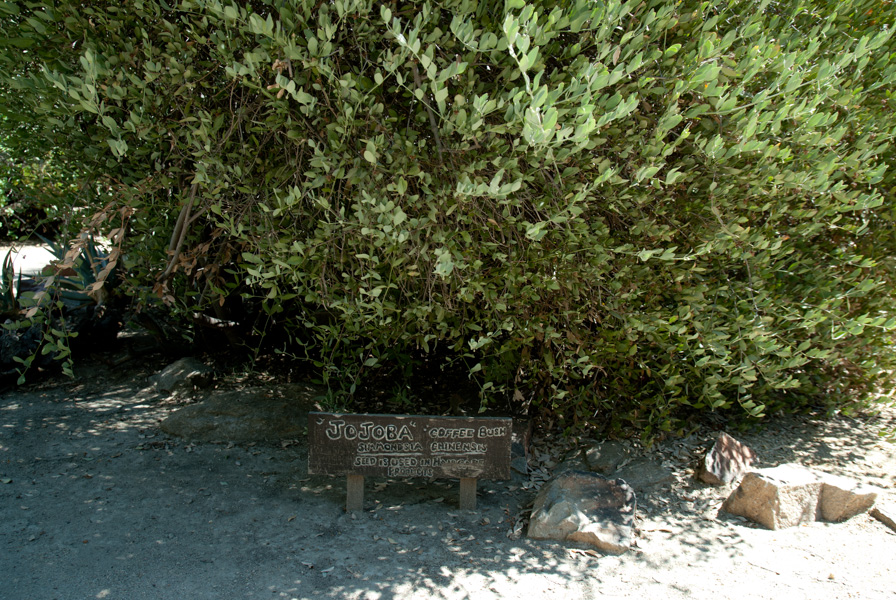 The sign notes one of jojoba’s many beauty usages.

But the main attraction at Moorten is the cactuses. The founder’s name was Chester “Cactus Slim” Moorten, for goodness sake — so, no way are they slouching on the cactus front. Along the garden paths you’ll find the Mickey Mouse ears of the Opuntia, and the neon sausages of the Borzicactus samaipatanus, and the Helianthocereus terscheckii, with its self-explanatory ‘Fat Boy’ moniker.

On the stately Pachycereus pecten-aboriginum, stark white needles resemble seams running up the height of the plant. The Fish Hook barrel, meanwhile, wears a banana-yellow crown. 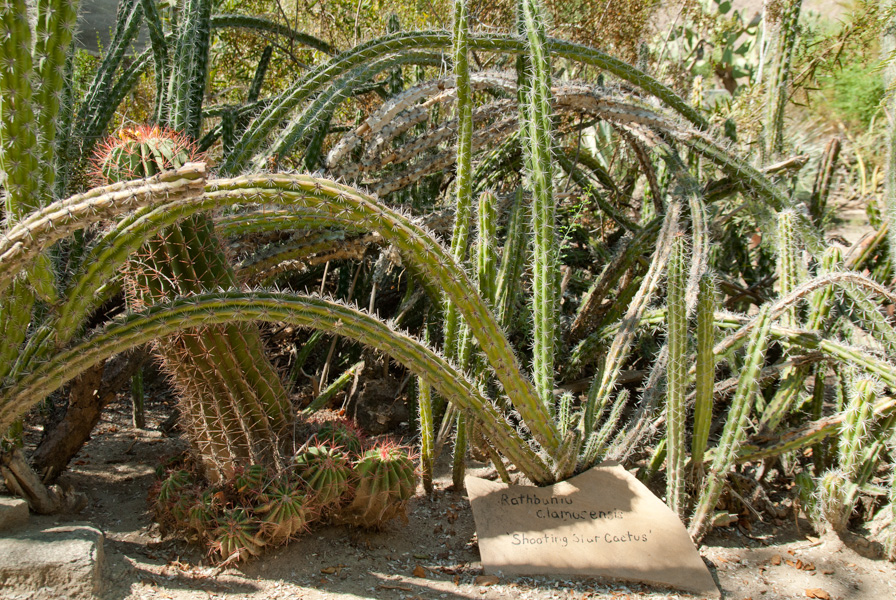 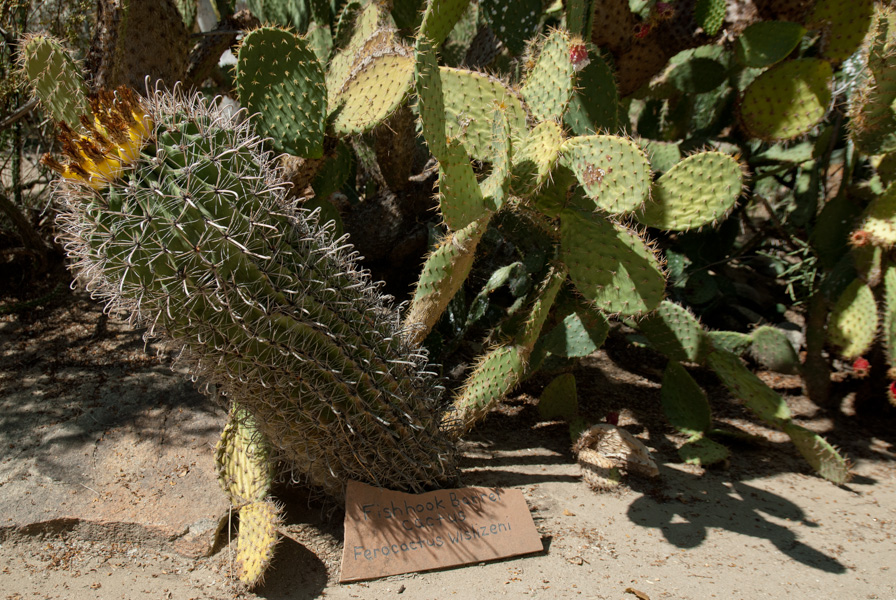 Nothing’s wrong with being a stickler. 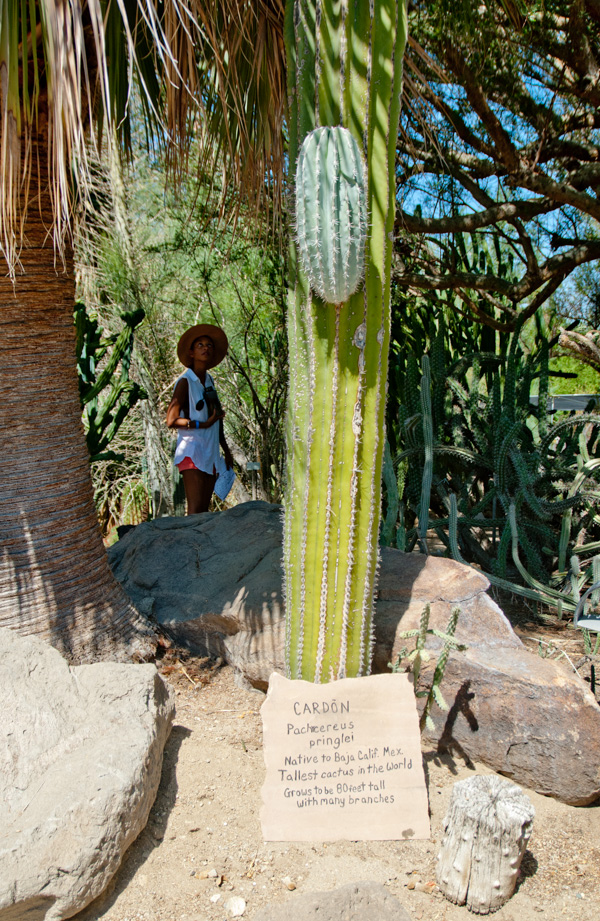 The centerpiece of the property is the “World’s First” Cactarium, a converted shed in which cactuses of every stripe quite literally hang from the rafters. C’s favorite was the Mammillaria plumosa, aka the feather cactus, which looked a bit like melons covered in spiderwebs. (Those thin white hairs protect the plant from the sun.)  It’s like a Secret Garden for curmudgeons. 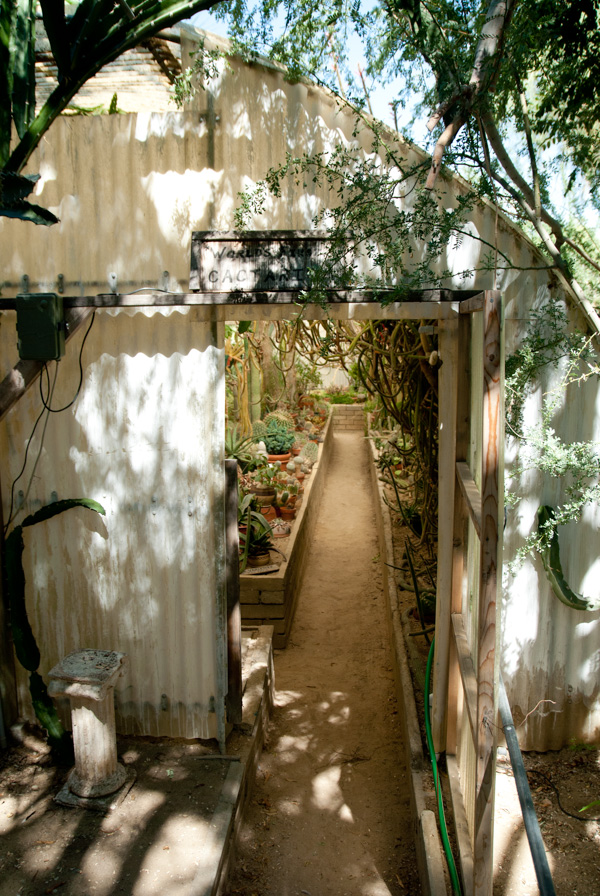 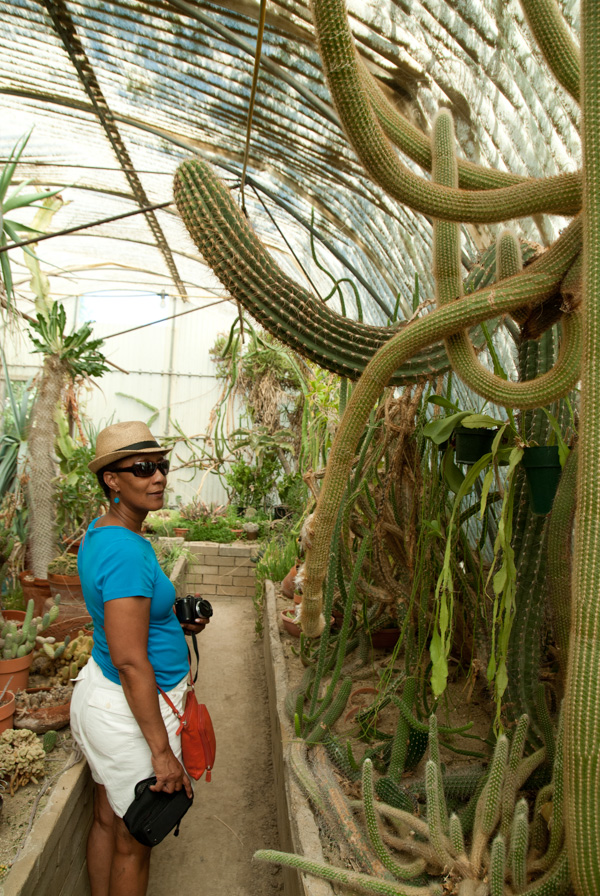 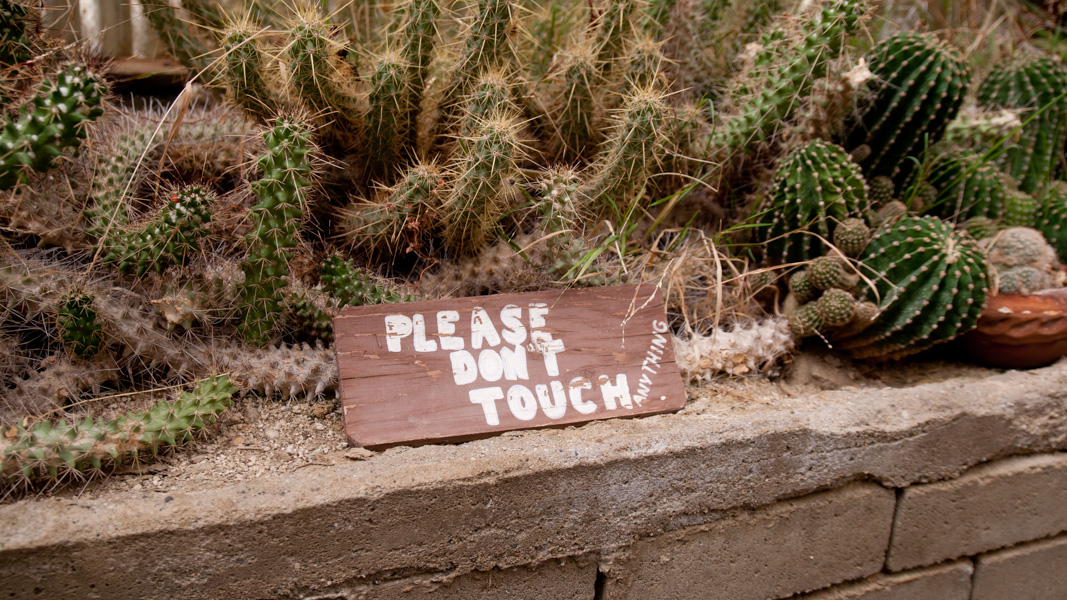 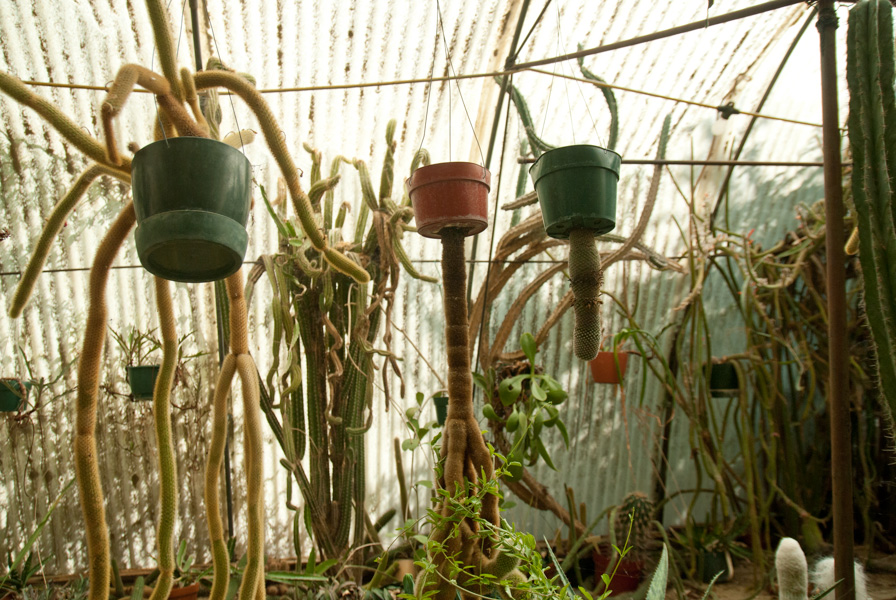 The place was a bit like a mad laboratory of cactuses, from hanging rattails to Christmas cactuses, plus other succulents like agave and boxy hunks of euphorbia. 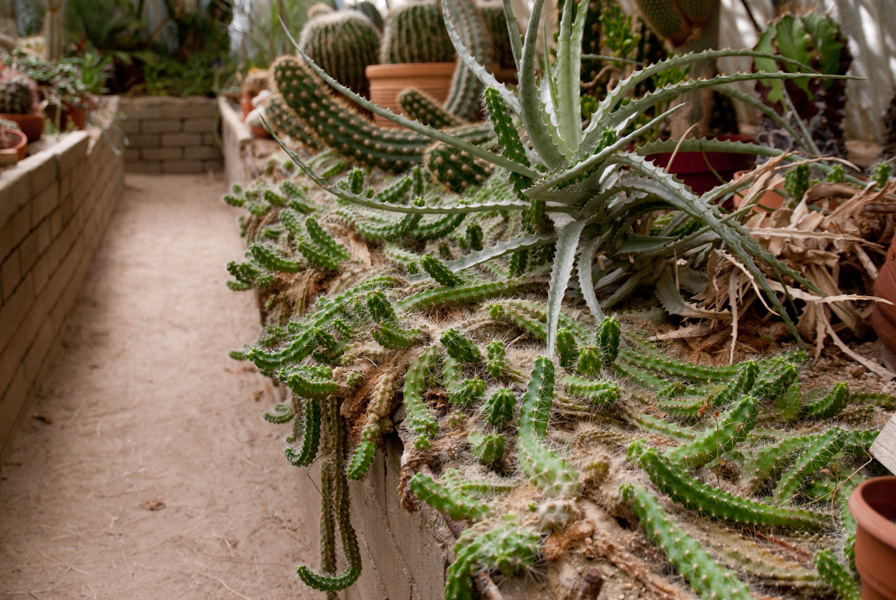 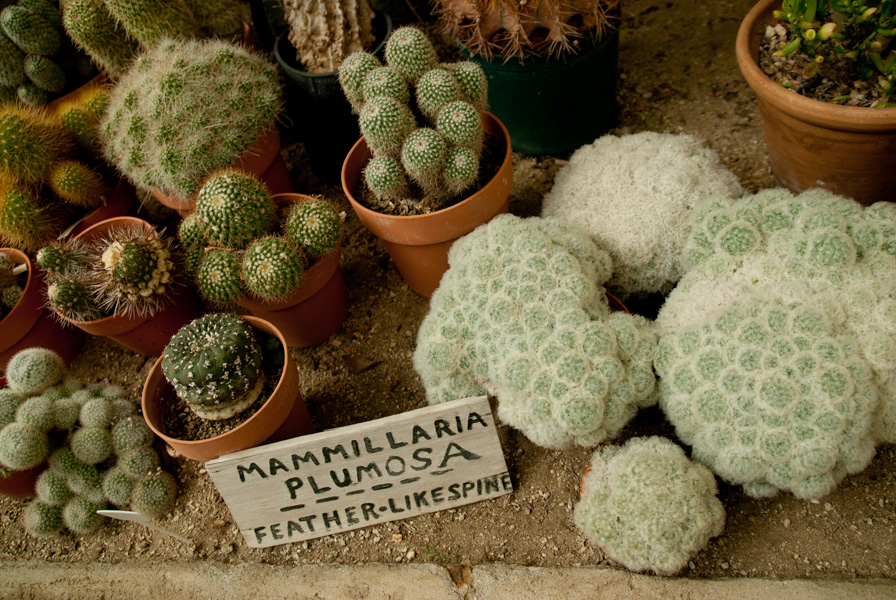 We got all fuzzy-wuzzy over the Mammilaria plumosa, which resemble giant decapitated cauliflowers or…ZOMBIE BRAINS. 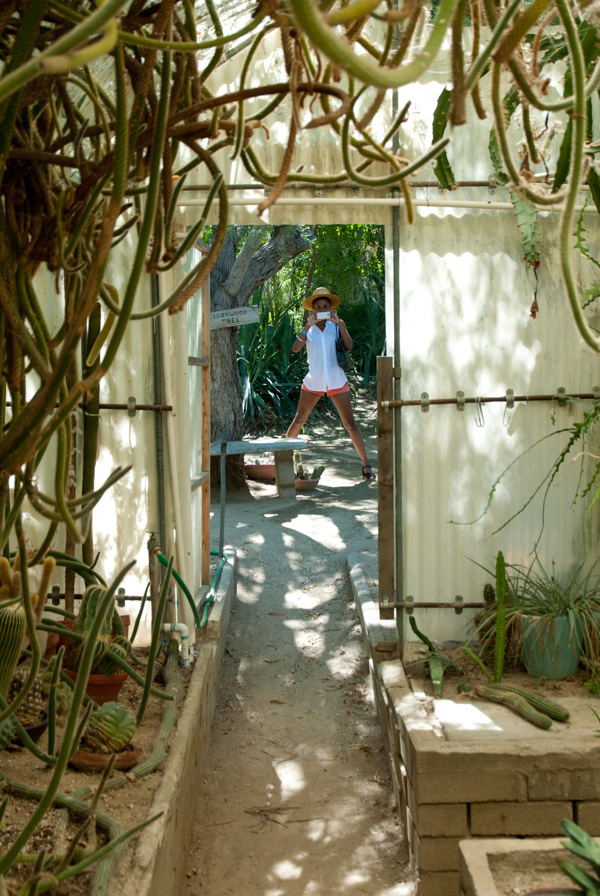 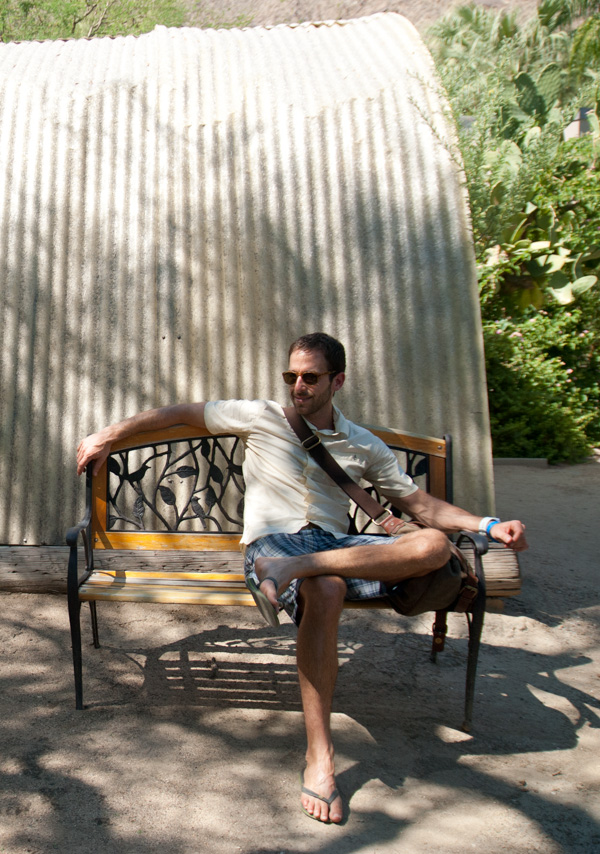 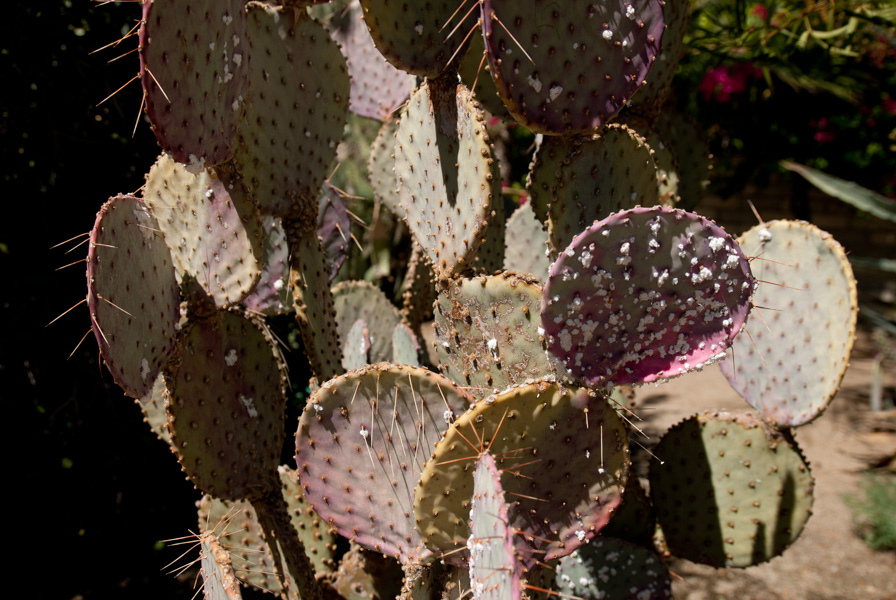 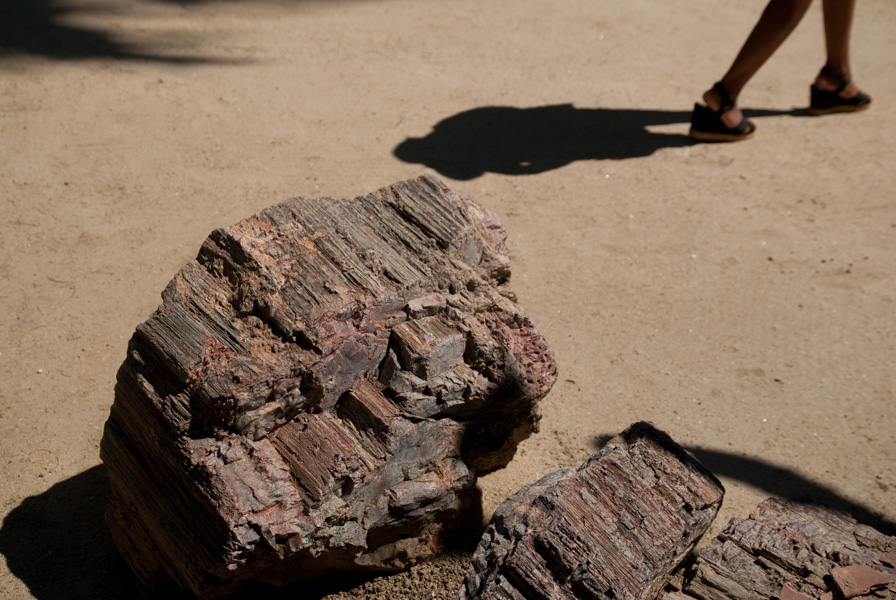 If we were rascals, we’d have liberated this bit of petrified wood and made a table of out it. 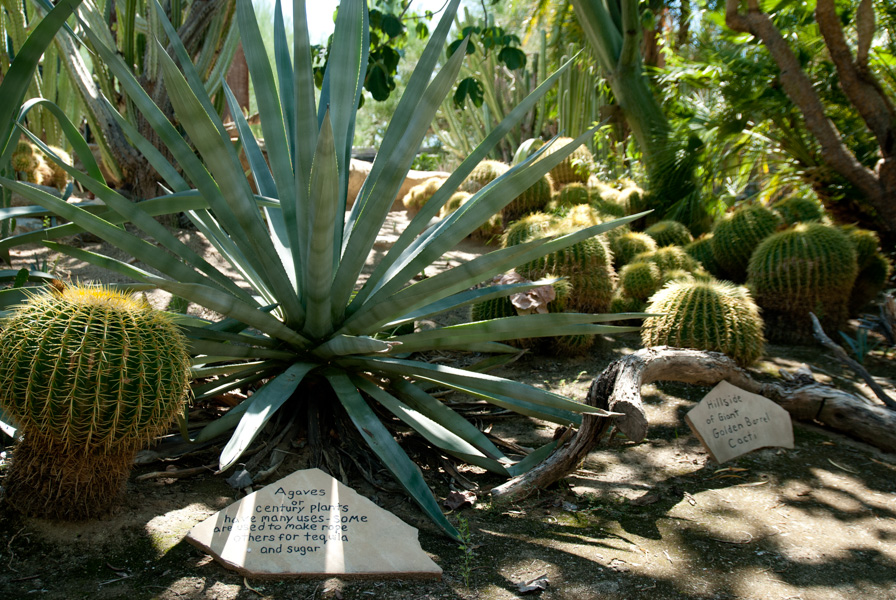 And just try being grouchy while surrounded by a Lamaze class of happy golden barrel cactuses, above.

Today we learned an apt lesson for C’s 30th year of life: Sometimes the prickliest things — and people — are also the most lovable. 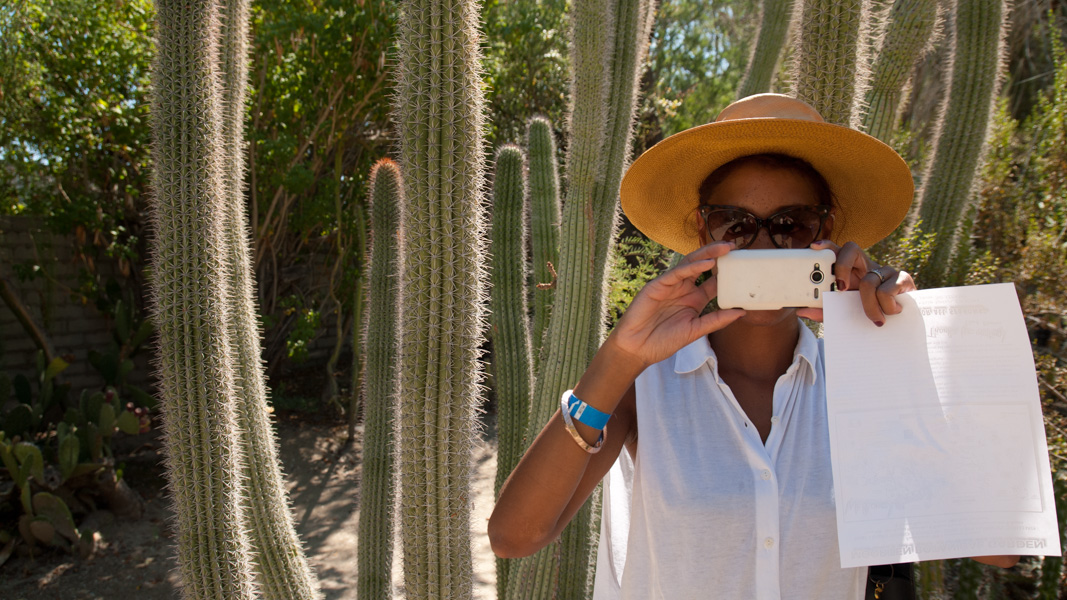 Dig this story? Be the first to read what’s sprouting— simply click here to add our RSS feed to your reader.