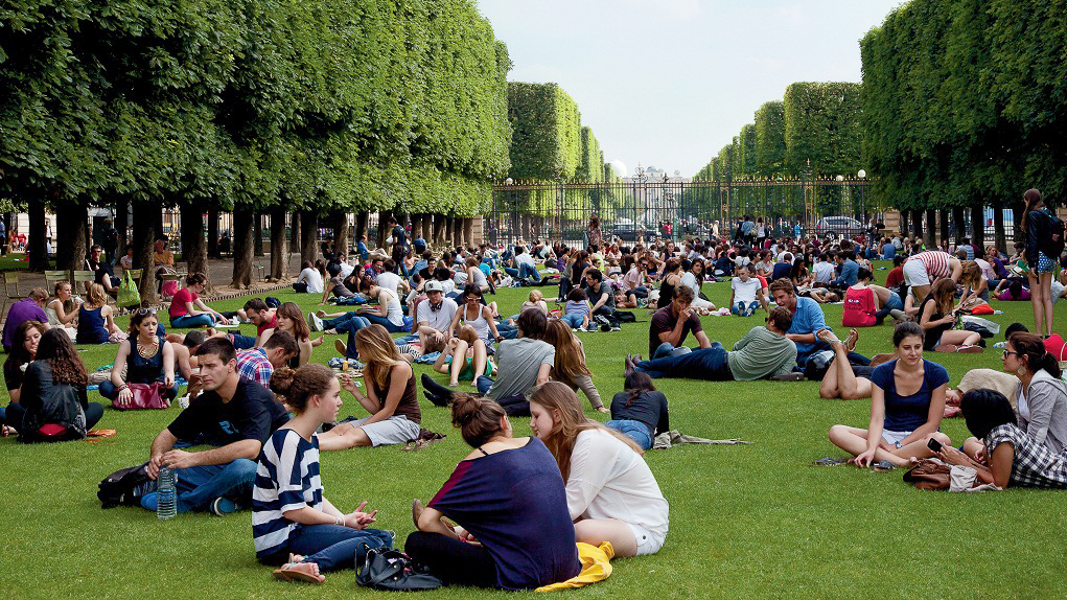 23 Oct ‘City Parks’ Editor Catie Marron on the High Line in Fall, Getting Casual in Paris and Finding Freedom in Urban Woodlands

We live in our parks, and our parks live in us. Parks are where we make loose appointments with friends, where we smooth out our nerves before job interviews, where we introduce our babies to the outside world, and the only place we’ll ever take off our shoes and lie down on the ground in a sea of strangers. My first-ever memory involves a homemade birthday cake, four candles, Stevie Wonder on a boombox, and a park.

Cities include Mexico City, Rome, Los Angeles and Calcutta. In addition to Gili’s masterful photos, each space is explored in an essay written by a lover of the park: There’s Bill Clinton noting the fruit trees and forsythia of Dumbarton Oaks in DC. Author Colm Tóibín wanders around Gaudí’s no-holds-barred Park Güell in Barcelona. Novelist Ahdaf Soueif takes us to Cairo’s Al-Azhar, “a garden that restores your humanity” in its royal palms and low walls. 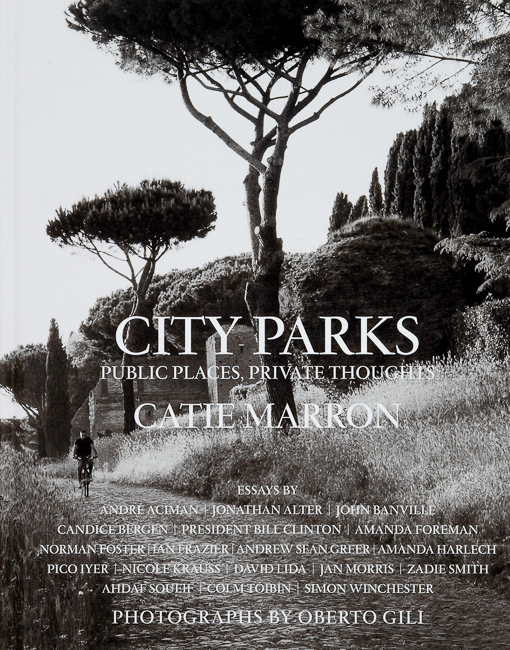 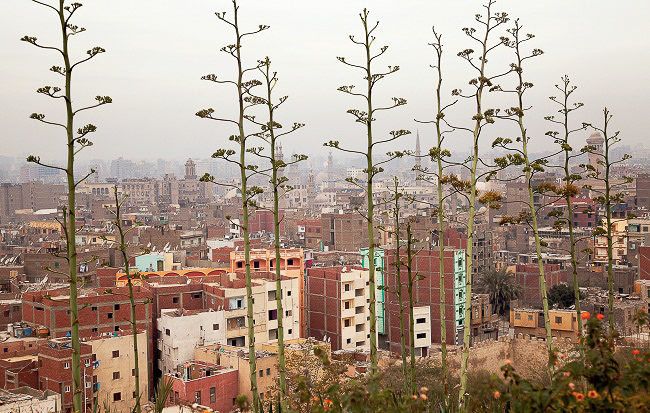 Al-Azhar in Cairo. All photographs by Oberto Gili unless otherwise noted.

Of Brooklyn’s Prospect Park (the first park I ever knew, much different back then than it is today), author Nicole Krauss writes, “The weather in the park is always more notable than the weather outside of it, both stranger and more extreme. Fifty thousand years ago, the park was buried under a sheet of ice a thousand feet thick. […] Is there something in this history that might explain the low and ghostly fog that fills the meadow on certain spring or fall mornings?”

City Parks is an absolute treasure. In the week since we’ve had it here at The Horticult HQ, we’ve already spent many hours curled up beside its pages — it’s the perfect fall read.

“The clearest memory of all, the one that is etched in my mind as bright as the winter light, while all the others have dimmed, is my first visit to the Luxembourg Gardens,” Catie Marron writes in the introduction. “[…] Something about the contrast between the formal, beautiful setting and its natural, everyday humanity moved me deeply.” 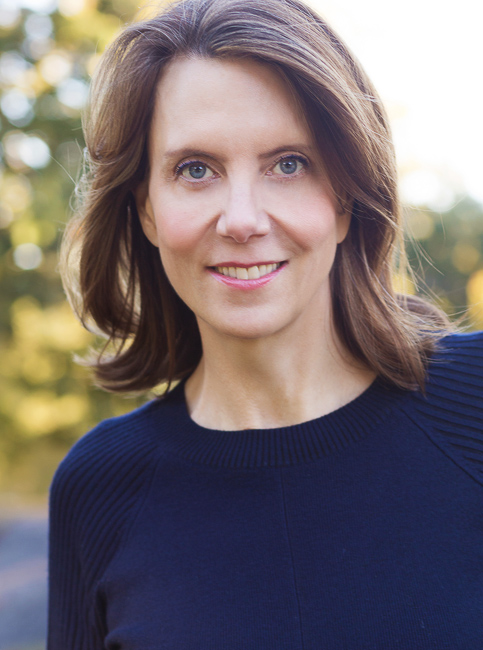 Catie’s career has included investment banking and magazine journalism; she’s currently the co-chair of the board of directors of Friends of the High Line and a contributing editor at Vogue. This week we chatted with her by phone. Below, Catie answers our questions about the most magical images inside the book, the power of parks in our lives, and her favorite space to visit during this time of year.

Why do parks elicit such an intense emotional response in people?

That’s an interesting question, and when I think of it, as an example, I think of the High Line, as everyone has their own High Line. They say things like — ‘I have my High Line: my High Line is the plants, my High Line is the art program, my High Line is my sunset walk.’ People get what they want out of parks, they make it personal. I think that’s one reason people respond emotionally to parks. Also, I think people go to parks to be alone and take a breather, and for the air and green and space, which most people in city life don’t have. It opens them up and gives them freedom, a sense of relief. People feel much freer in a park. 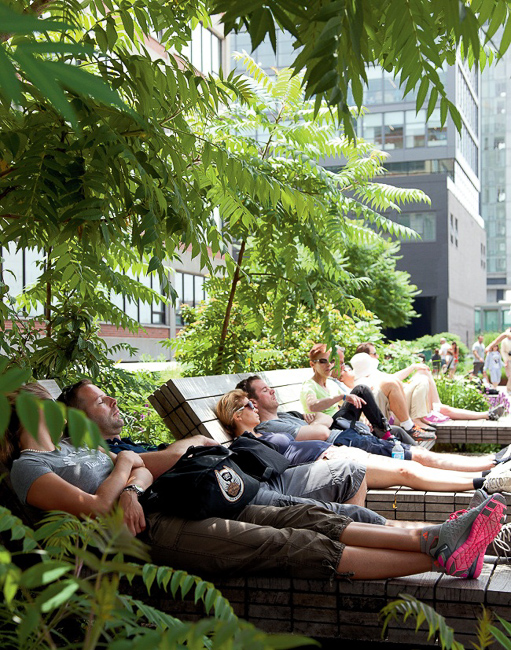 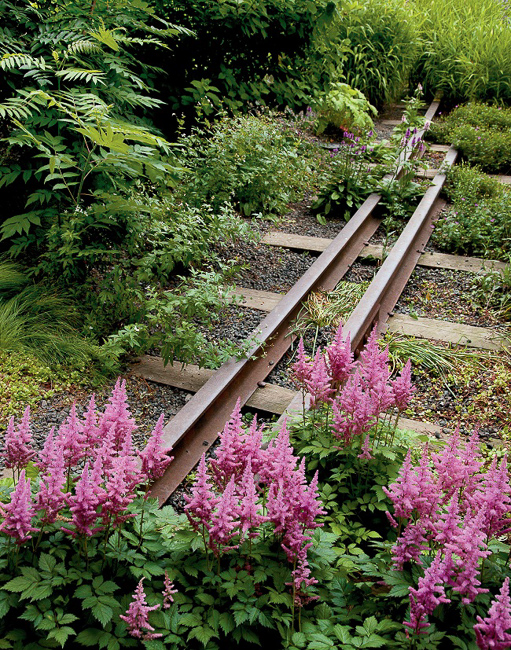 What is it about Oberto Gili’s photographs that speaks to you?

Their depth. Those photos have such depth that you keep going back to them — they really capture the mood of a place, and are quite romantic and sensual. And he steps aside, so you get to see the place — he doesn’t insert a specific style into the photograph. He captures the moments that people would miss.

What were your favorite photographs?

I love the pictures of Russia — the atmosphere, the light, the dogs, the quiet of the squirrel. That cold late afternoon light really caught me. 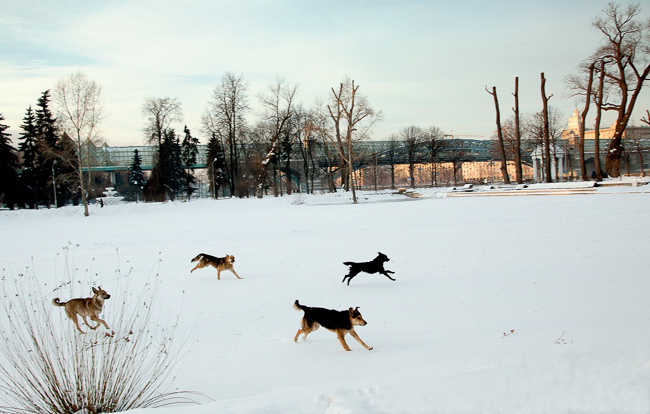 Is there a park (or part of a park) that you like to visit during this time of year in particular?

This time of year, I love to go to Prospect Park with my dog. We hop in a taxi — I live near Central Park, so it takes almost a half an hour. I don’t go often — only twice a fall. The last photograph of Prospect Park [in City Parks] resembles a modern-day Bruegel painting — with all these dogs and people. It’s such a city atmosphere, such a loose, friendly atmosphere. That I adore.

I also love the High Line this time of year, when the grasses turn brown. It’s my favorite time of year for the plants there. I never appreciated grasses until I worked with landscape architects Miranda Brooks (she loves grasses), Piet Oudolf, and James Corner of Field Operations. So I just love the grasses now. 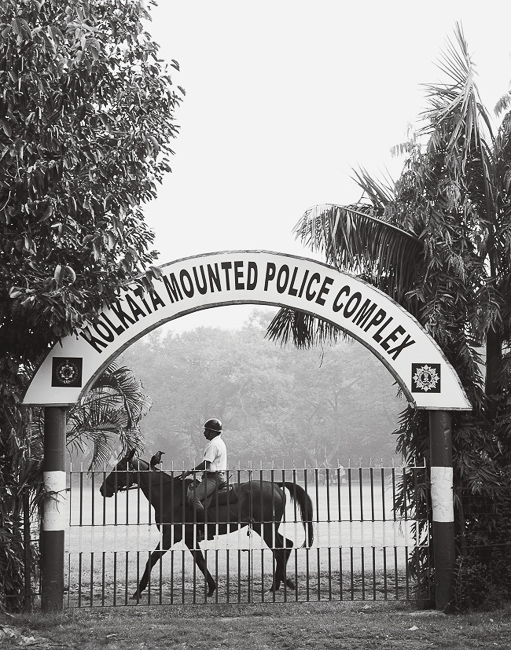 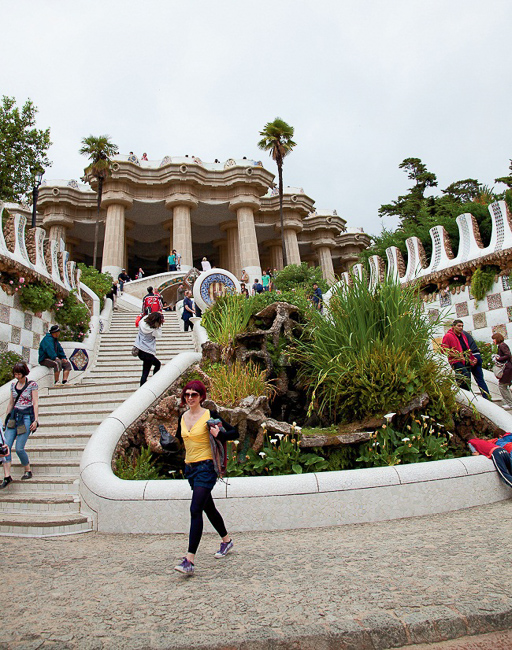 The Gaudí-designed Park Güell in Barcelona.

Why do you think urban gardening and park appreciation are on the rise?

The density of living, the intensity of life — when you’re always on a constant busy schedule, these public spaces matter more.

Are there parks you’ve gone to many times that continue to surprise you?

I love watching the High Line grow. I was there on Saturday and I noticed that in one area the trees have almost grown together, almost as if you’re walking under an arbor. In Central Park there’s a lake I’ve started to walk around early in the morning — I didn’t realize how beautiful it was. It’s near 72nd [Street], by the Loeb Boathouse. Also, I felt very safe in Central Park; if you loop around that lake, you have to go into the woods by yourself — and I still feel safe. That’s a nice discovery. 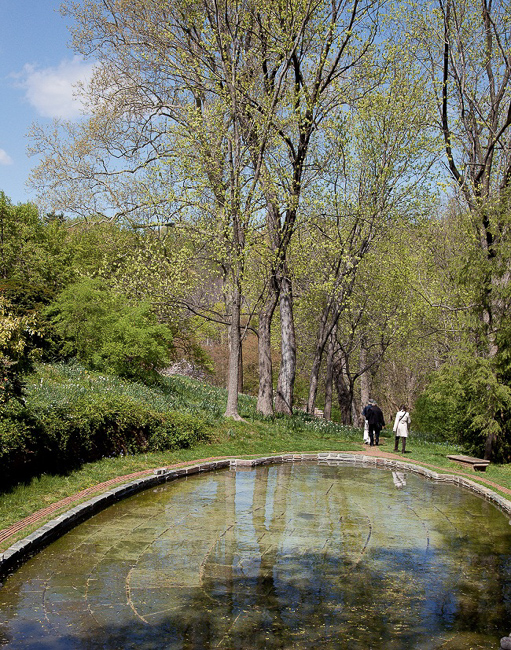 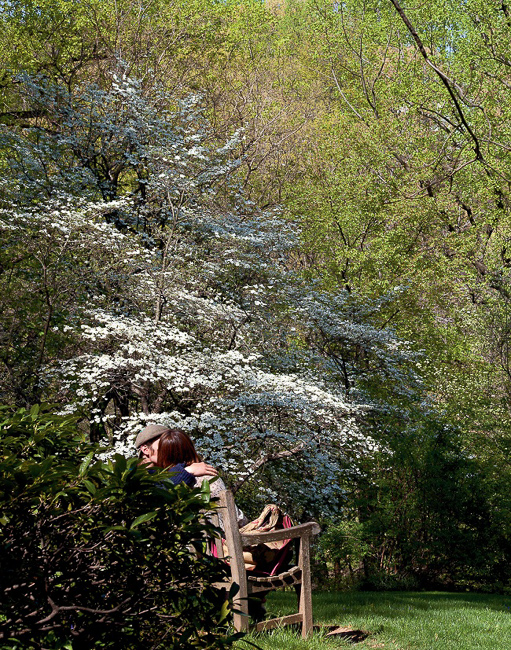 After creating and editing this book, do you see public spaces any differently?

I look at them more with a critical eye. I’m learning what goes into making a great public space.

And what makes a great public space truly great?

I was reading Jane Jacobs on the subject: It comes down to the diversity of use — why people use them. In a park that’s successful, commuters walk through it in the morning, mothers bring their children for morning play, people at work bring their lunch. Commuters walk home through the park, and then people come to enjoy the view a little later. 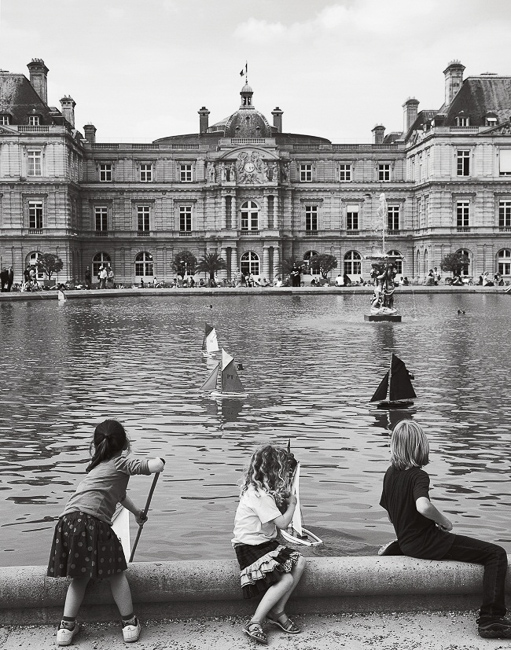