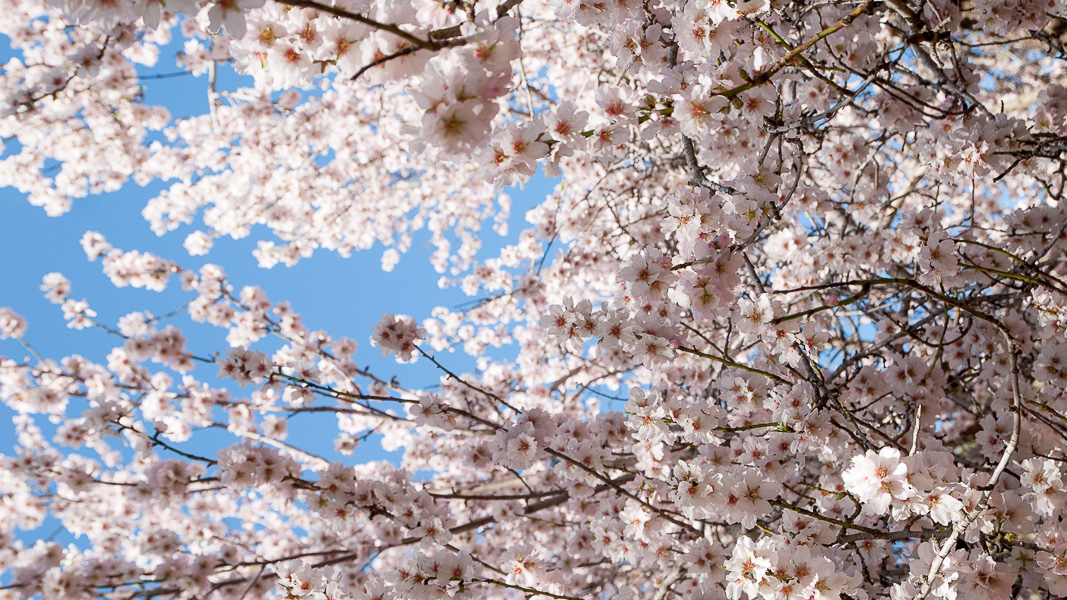 12 Apr Cloud Forest: An Ode to the Cherry Blossom

More than any other tree in the world, the cherry blossom owns major real estate in C’s Washington, D.C.-raised psyche. Every late winter/early spring when Prunus trees start blooming back East and here in the West, she gets nostalgic for the National Cherry Blossom Festival, even enjoying flashbacks of singing “Sakura” in third-grade music class.

Instagram is a nice way to see these fleurs flurrying: 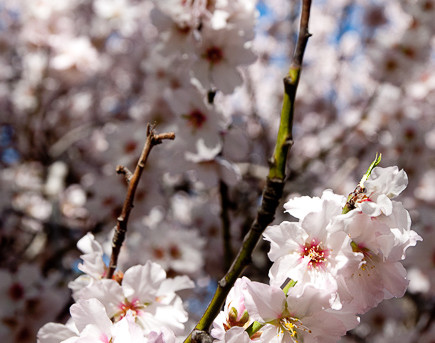 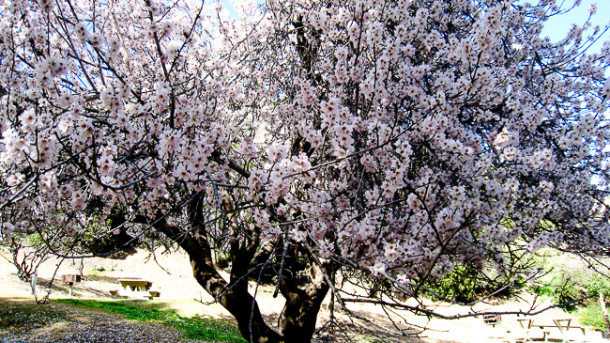 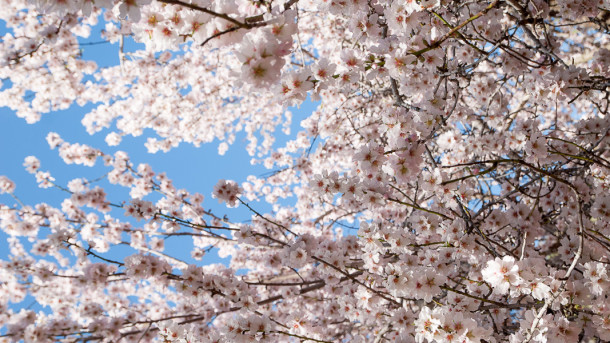 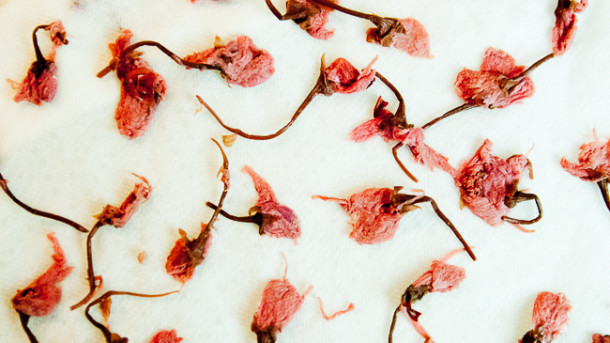 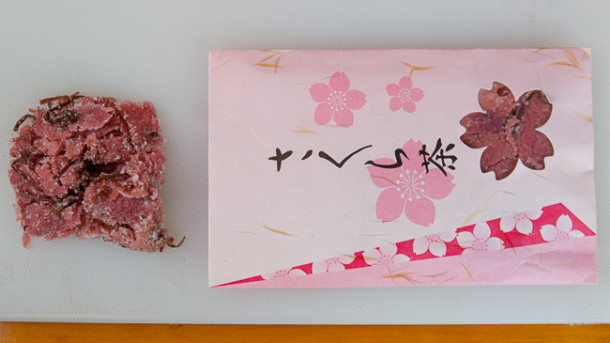 But you haven’t really experienced a sakura until you’ve staked out beneath its hundreds of fluffy branches electrified by the buzz of a dozen times more bees. It’s like staring up into a soft pink, fragrant mothership. There’s a name for this activity in Japan; hanami means “flower viewing” and manifests in crowded, tipsy celebrations beneath the cherry blossom trees. The proverb “dumplings before flowers” winks at the tendency of hanami to turn into schmooze-fests.

Our last big encounter happened a few years ago, during a Valentine’s Day trip to Catalina Island. During a hike of the Hermit Gulch Trail Loop in Avalon, we came upon a few cherry trees in full flower, among the only plants that were bloom on that day in mid-February. One of them was even shaped like a heart! Sort of. 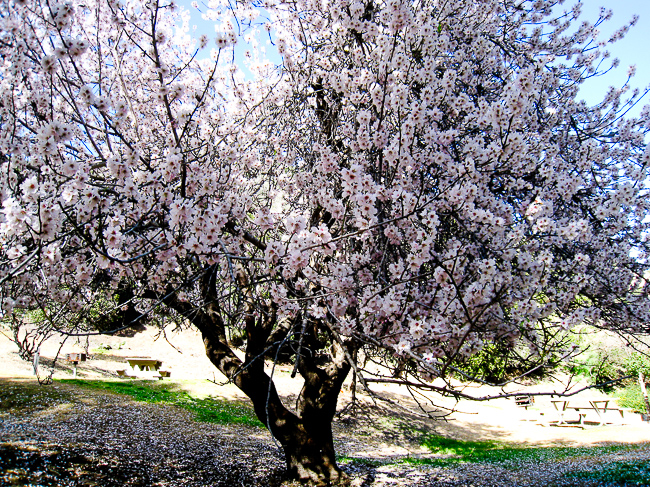 The feeling they instilled is hard to describe. “A high-energy feeling of calm and oneness” comes close. It’s easy to see how Prunus serrulata symbolized friendship when 3,020 of them were sent to Washington, D.C., and Seattle as a gift from the city of Tokyo in 1912. (Awkward sidenote: the first shipment of cherry trees was actually sent over in 1910 but didn’t pass customs due to infestation. They were burned and a letter of regret was sent.) 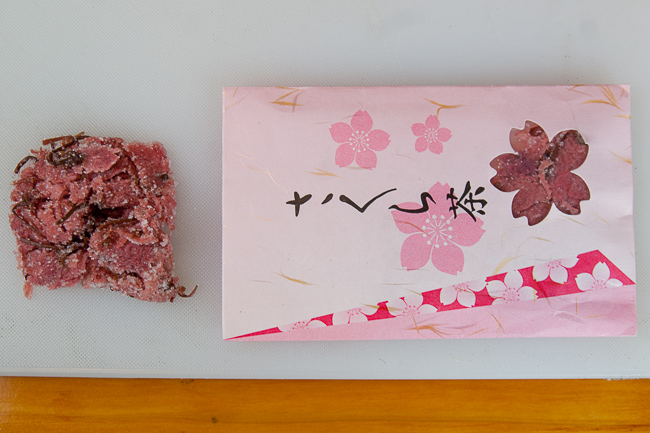 We picked up pickled sakura from our local Japanese market for about $6 per one-ounce packet. Sakura mochi and sakura rice balls are popular recipes for them. Plus, since they’re preserved, they’re sold year-round!

Today, the Yoshino cultivar of P. serrulata crowds the Tidal Basin with tissuey white flowers, and the Pepto-pink flowers of the Kwanzan and Fugenzo can be found all over East Potomac Park. Turns out, the pink flowers we saw on Catalina were on a Prunus x kanzakura; to wit, Japan Guide states:  “…among the first cherry trees to bloom, it is encountered only in relatively small numbers in some city parks, where they surprise and delight visitors with their early blooming schedule.” 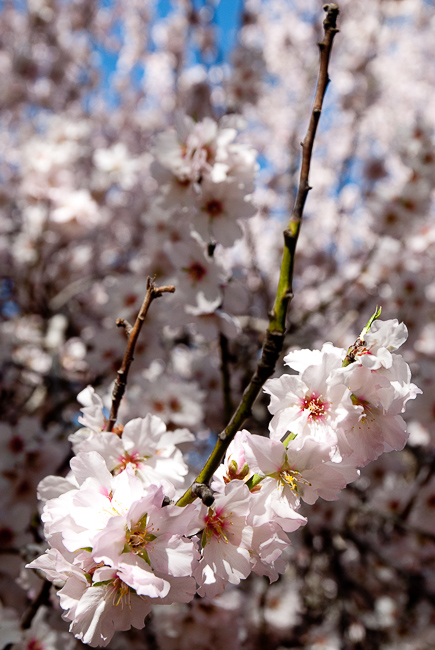 In D.C. this year’s three-week National Cherry Blossom Festival ends this weekend with its annual parade, taking place tomorrow. Oh yes, and a certain American Idol finalist will be in attendance — but not even Justin Guarini can upstage these blooms.