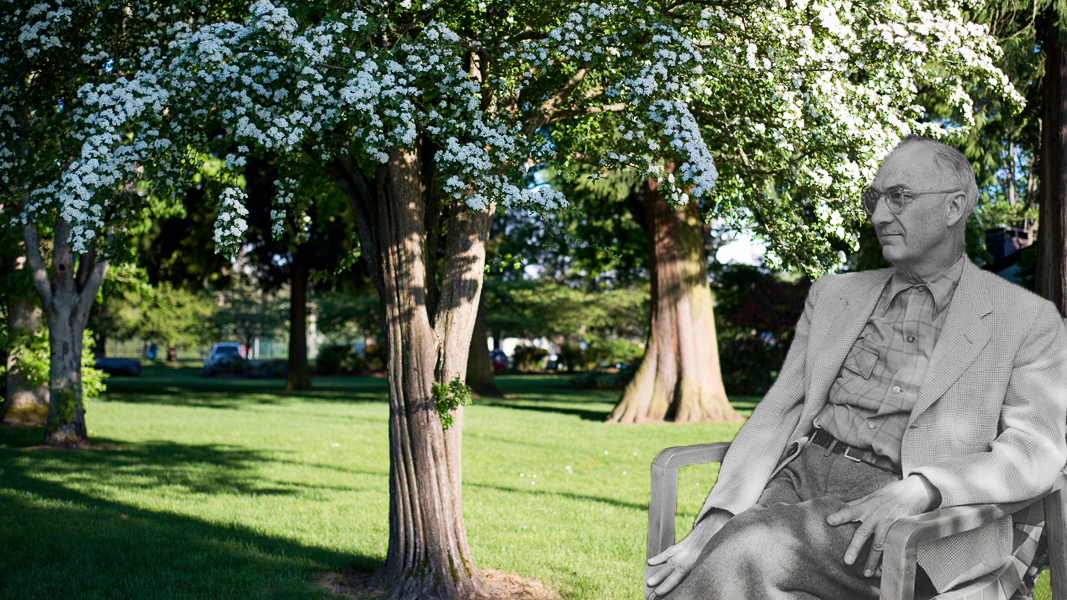 “Your thighs are appletrees / whose blossoms touch the sky,” William Carlos Williams writes in his 1920 poem “Portrait of a Lady.” The immortal modernist was born on this day in 1883 in Rutherford, New Jersey. (“The sand clings to my lips — / Which shore? / Agh, petals maybe…”)

WCW is one of my favorite writers, a poet whose verse is a lean and plainspoken tonic for those moments when you feel stuck inside your own head. His pieces read like crystalline snapshots. We don’t always read poetry, but when we do, we prefer The Collected Poems of William Carlos Williams, volumes I and II. The books rarely leave our bedside. 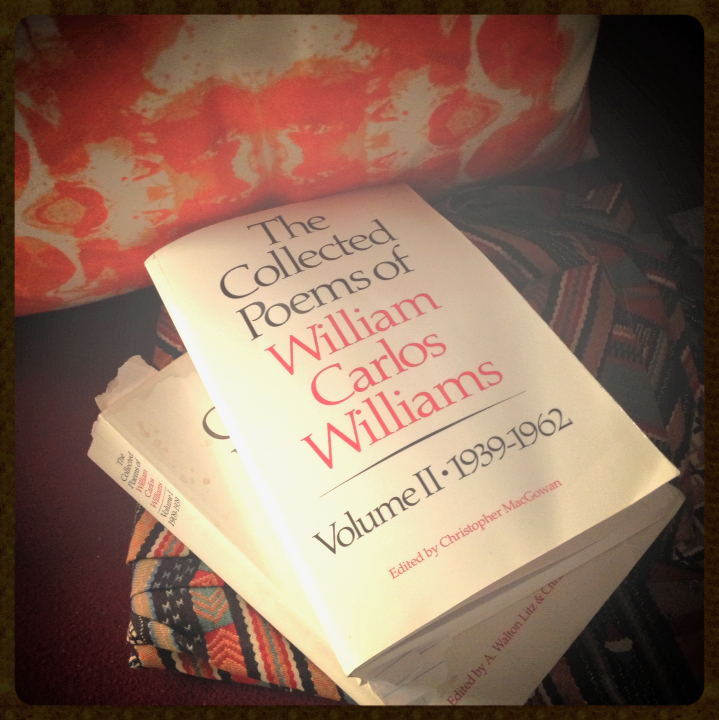 WCW’s poem “The Red Wheelbarrow” is one of his most anthologized, and “This Is Just To Say” is probably his most famous — summer’s #1 selfish song, a terse and sensual nonapology:

This Is Just to Say

I have eaten
the plums
that were in
the icebox

and which
you were probably
saving
for breakfast

Forgive me
they were delicious
so sweet
and so cold

In English class, this was one of the first “adult” poems that many of us studied and eventually grew up to parody.

Read a handful of WCW’s poems, and it soon becomes clear that no plant goes unnoticed inside his world. “Small tufts of white flowers / light as wishes” and “short and brilliantly stabbing grass” add texture to an Easter Sunday in “Two Pendants: For the Ears”, and you can almost catch “the scent of wild strawberries / mingled with that / of eglantine / and verbena” winding around “The Italian Garden” (1962).

On a more morbid note, the coroner’s children are “merry,” he observes in “Hic Jacet,” because “fruit for them is upon all branches.”

William Carlos Williams, like Anton Chekhov, practiced medicine when he wasn’t writing. According to his autobiography, growing up WCW had originally wanted to be a forester — attributing his love of trees to the oaks and chestnuts of his Rutherford hometown — but changed course when he learned forestry was limited to post-grad classes at Cornell and Yale. 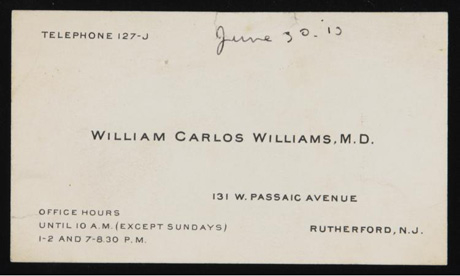 (Also in his autobiography is a fun anecdote involving WCW and Imagist colleague Ezra Pound — or “Ez” as he’s called — out and about in London, where they cross paths with some faded violets; that day, Ezra’s “swagger” was “not to be overlooked.”)

Plants’ power, vulnerability and promise are prominent themes in William Carlos Williams’s outdoor studies. “Flowers by the Sea” compares the restless movements of daisies and chicory to that of the ocean. “The Stolen Peonies” remembers the year when a “magnificent stand” of Paeonia (grown by WCW and his wife Flossie) got swiped overnight. In “Asphodel, That Greeny Flower,” one of his longer works, the poem winds from the mythical to the literary to the self-referential:

It was a flower
some exotic orchid
that Herman Melville had admired
in the
Hawaiian jungle.

Or the lilacs
of men who left their marks,
by torchlight

That because I say this
in a poem

it can be treated lightly
or that the facts will not uphold it.
Are facts not flowers
And flowers facts

…?! Flowers seem pretty factual to us. Lately I’ve been exploring the gloriously oddball “St. Francis Einstein of the Daffodils,” which celebrates Einstein’s first visit to the U.S. in the spring of 1921, and the seismic effect that the theory of relativity has had on our understanding of the universe. In it, Einstein “has come among the daffodils / shouting / that flowers and men are created relatively equal. Oldfashioned knowledge is / dead under the blossoming pear trees.”

We were happy to learn there’s even a daffodil named after Einstein. 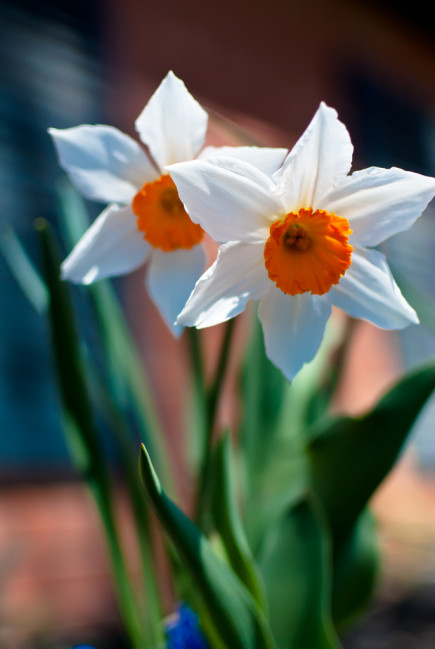 Tonight we will raise a glass of plum wine to one of New Jersey’s favorite sons. Happy 130th, WCW! — TH