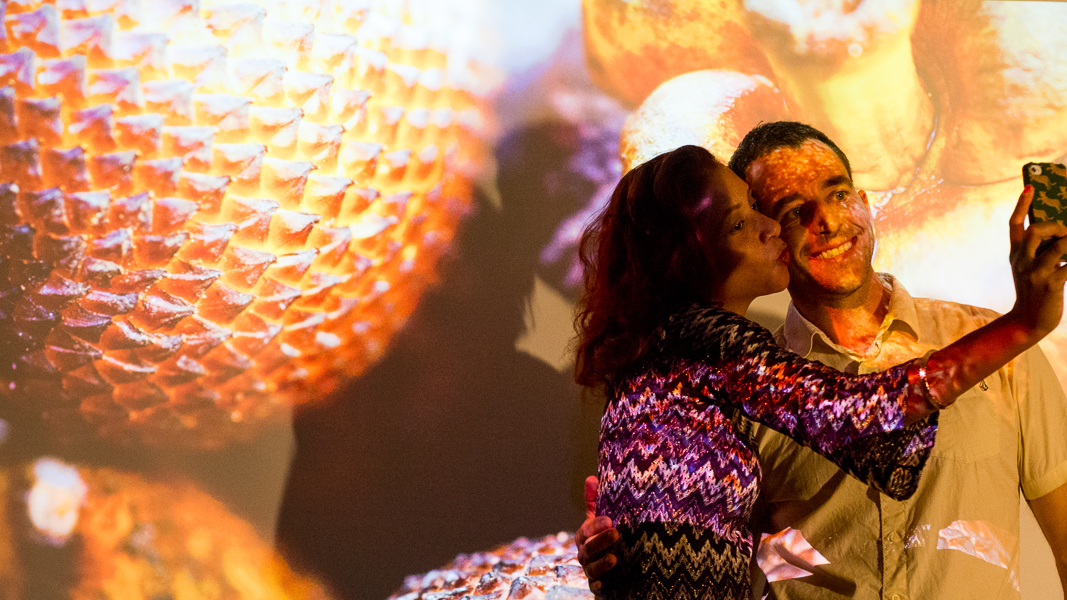 20 May Date Night: ‘The Fruit Hunters’ Is B-A-N-A-N-A-S (and Jackfruits and Durians and Persimmons…)

“I feel like we should be serving fruits right now,” the woman at the box office said, glancing at the theater’s irradiated popcorn machine. This was last Saturday, and we were there to watch The Fruit Hunters, the documentary directed by Yung Chang and based on Adam Leith Gollner’s (marvelous!) book by the same name. 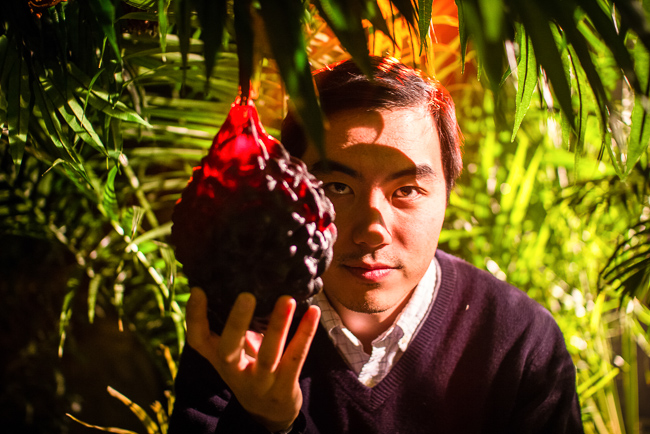 Like the book, the film follows fruit hunters who are searching for — and saving, and loving, and devouring — juicy, seed-bearing specimens around the world. Featured fruits include jackfruit, dragonfruit (aka pitaya), mangosteen, sweetheart lychee, cannonball fruits, rambutans (aka hairy berries), persimmons, ice cream beans, gooseberries and quince. Some were Holy Grails. Others were plentiful but hidden in plain sight. One, the lychee, brought down the Tang dynasty. Their flavors are sexy, temperamental, complex, life-enhancing and heartbreaking. In the case of West Africa’s miracle berry, one bite will make all subsequent foods taste eerily sweet. 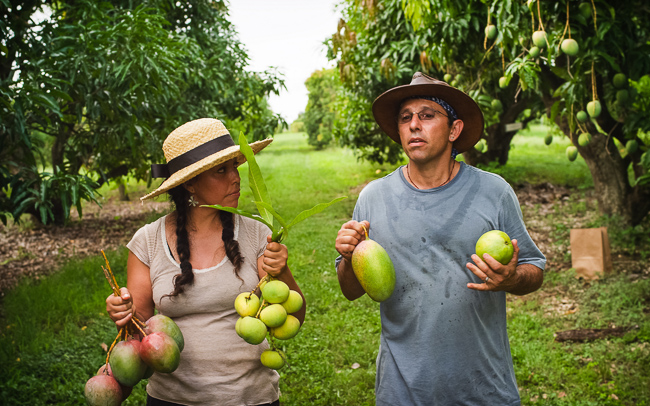 Overall, we liked the documentary. Woven into the plot is the mission of Noris Ledesma and Richard Campbell (above) to graft the rare wani mango after 20 years of unsuccessful attempts. The film also follows a member of one the last remaining nomadic tribes in Borneo (below), called the Penan, which is confronting the destruction of its food sources by deforestation. And then there’s the trip to Umbria to profile “fruit detective” Isabella Dalla Ragione. 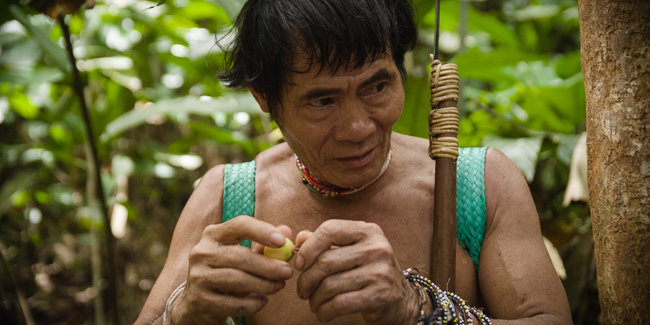 Bill Pullman co-stars in one subplot, about his mission to establish a community fruit orchard in the Hollywood Hills. We preferred the scenes with him tending the fruit trees outside his canyon home, and the one in which he sniffed the stinkbomb that is a durian and smelled absolutely nothing because he’s anosmic. 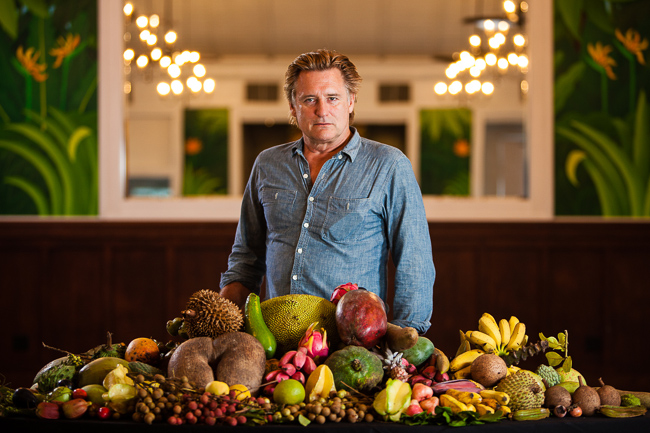 The meandering documentary wasn’t perfect. As fans of the book, we couldn’t help but wonder where-for-the-love-of-Johnny-Appleseed were the coco de mers?! The book spent a whole breathless chapter on the so-called “lady fruit” that grows only in the Seychelles. The produce of a palm tree, the fruit’s hardened shell has “all the features of a woman’s pelvic region, both front and back,” is worshipped by a cult and is fiercely protected by the local government. Director Yung Chang passed one around during a screening a few months ago, but for some reason coco de mer isn’t mentioned in the feature. 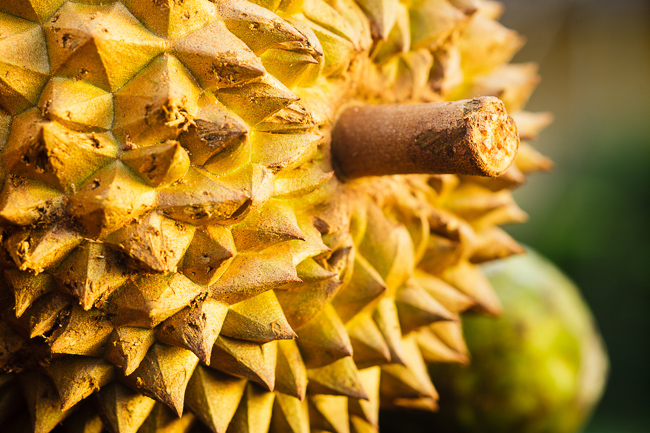 The movie was inspiring, though — we recommend giving it a watch when it’s released on DVD on July 16. (Preorder it here.) If you’re in Canada, you can stream it here right now. The doc also made us hungry. Afterward we swung by our favorite juice place, Seaside Smoothie and Juice Bar, for a pitaya bowl featuring the magenta-fleshed cactus fruit along with bananas, granola, strawberries, blueberries and shaved coconut. 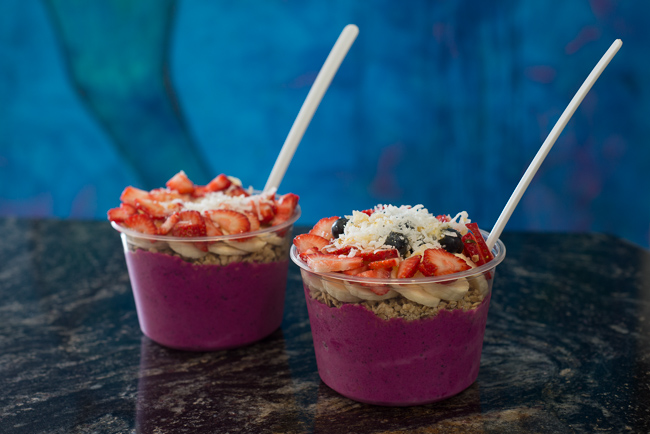 We were also reminded of the fruits we sampled during our trip to Ecuador three years ago. At the fruit market in Quito, we saw thousands upon thousands of fruits, from cherimoyas to papayas to naranjillas. 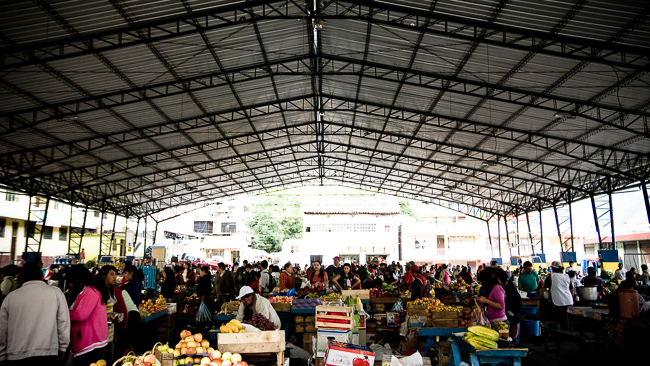 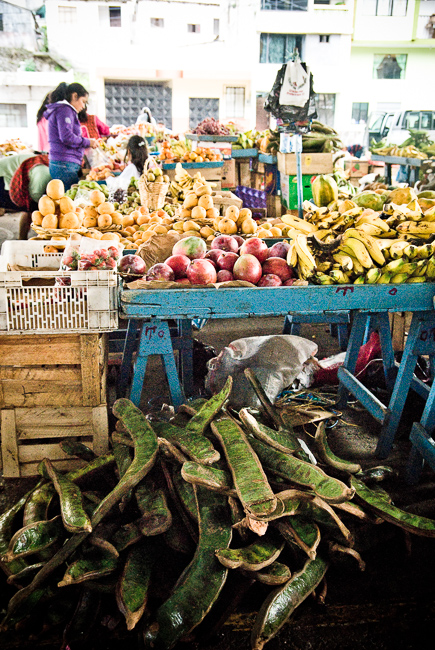 And during a white-water rafting trip in Baños, RB got to sample the sweet, wooly flesh of the ice cream bean. And C, who was at the spa that day, is still lime-green jelly about it! 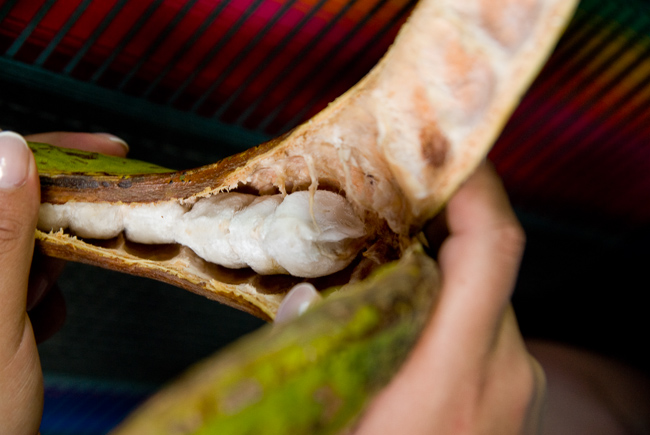 Fruits just stir up all sorts of passions, don’t they?