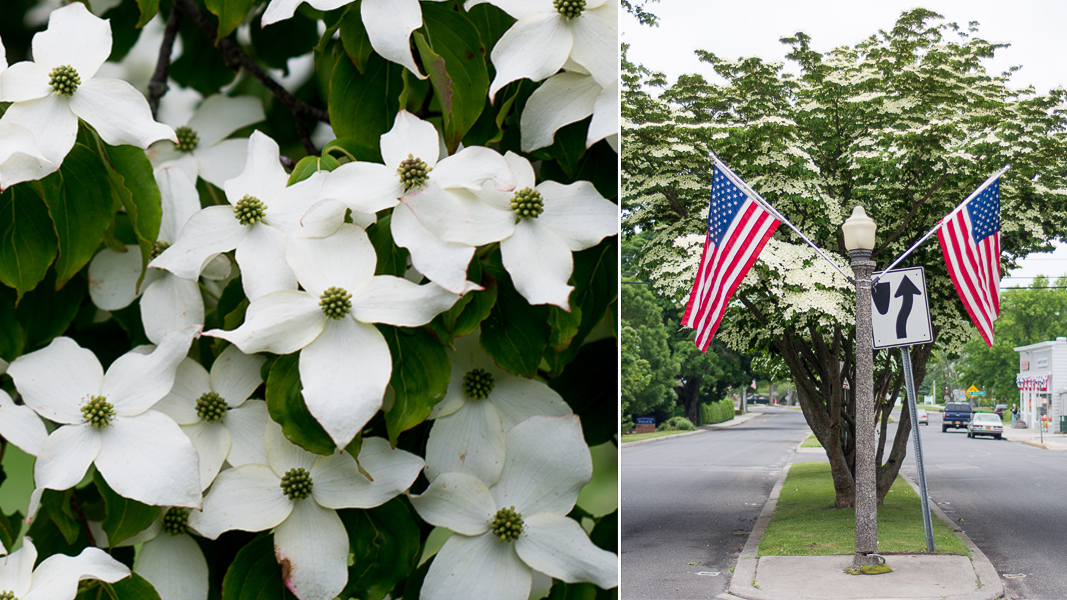 “We’re trying to catch the 5 o’clock from Orient Point,” RB said to the guy directing our car off the ferry — the first of three we would take that night.

“Ha. Yeah,” the guy in the orange vest said. For a second we mistook his smile for encouragement. “That is not gonna happen.”

Boston-bound, we’d just made landfall on the southern tip of Shelter Island, New York. An hour earlier we’d wrapped up our magical visit to Ruschmeyer’s; what we hadn’t realized — not even while sprinting to our rental car after the shoot — was that the route from Montauk to Boston would be a five-hour odyssey involving extensive backtracking though the Hamptons and boarding a total of three boats, two of which only accepted cash.

Knowing we were going to miss that 5 o’clock ferry to Connecticut freed us to take our sweet time on Shelter Island, where the kousa dogwood trees were absolutely everywhere, and in outrageous bloom. These short, showy trees are known for their four-pointed white “flowers” that bloom in late spring. 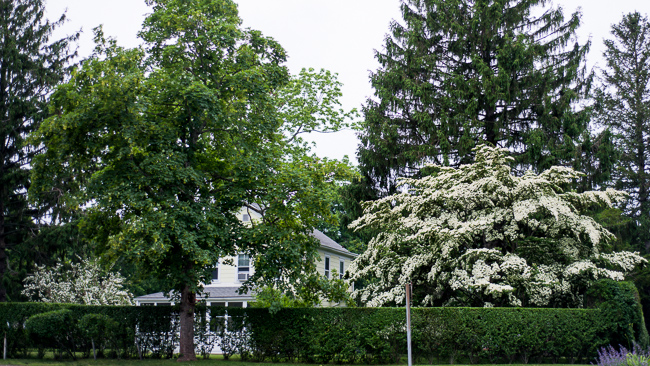 Cornus kousa is a shorty, with a maximum height of about 25 feet. 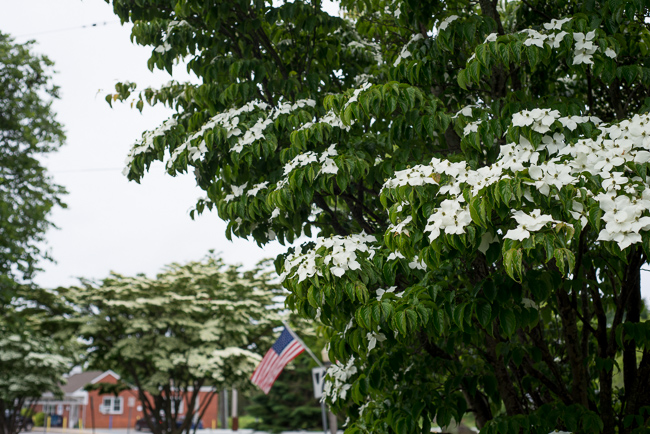 The trees’ creamy pinweels aren’t the flowers — they’re the bracts that surround the flowers, which grow in teensy, greenish clusters.

We’re putting airquotes around “flowers” because the snowy flair that appears to weigh down the branches are not actual flowers but bracts — that is, leaves that immediately surround a plant’s flower. (To wit, hydrangea “petals” are actually bracts. Ditto bougainvillea.) The actual flowers on the kousa dogwood are clustered at the center of each white pinwheel, tiny and yellowish green with the giveaway stamen you can see you if come in close.

We made U-turn after U-turn along Route 114 to flirt with these trees, which were planted decades ago by the “garden godmothers” of the Shelter Island Garden Club. Closely related to Cornus florida (the flowering dogwood that’s native to the U.S.), Cornus kousa is native to East Asia. And unlike its American cousin, which puts out its flowers before its foliage, the kousa dogwood’s leaves precedes its bloom season. The summer flowers give way to compact red fruit, and its leaves turn fiery purple during the fall.

It’s the ultimate powerhouse tree for multiseason interest. Kousa dogwoods (aka Japanese, Chinese or Korean dogwood) flourish in full sun to part shade and prefer soil that’s on the acidic side, but it will adapt to any fertile, well-drained soil. Plus, according to HGTV, it skillfully resists anthracnose fungus and powdery mildew, diseases that bedevil its American counterpart.

In the end, we caught the six o’clock ferry to New London, our cameras filled with images of these snowy summer wonders — a bit of unexpected, last-minute cargo.  —TH 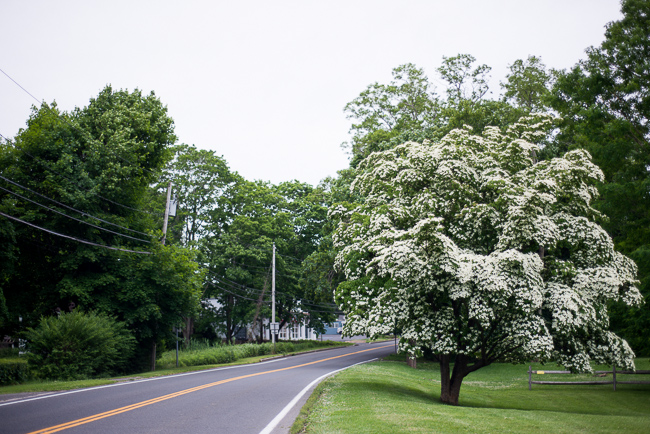 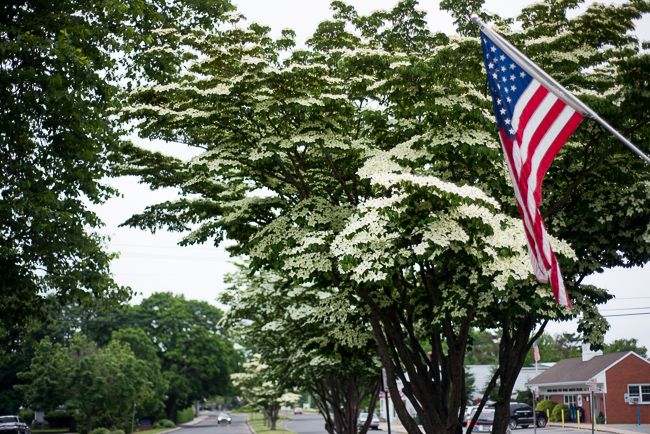 The Victorians believed the dogwood represented durability and “love undiminished by adversity.”