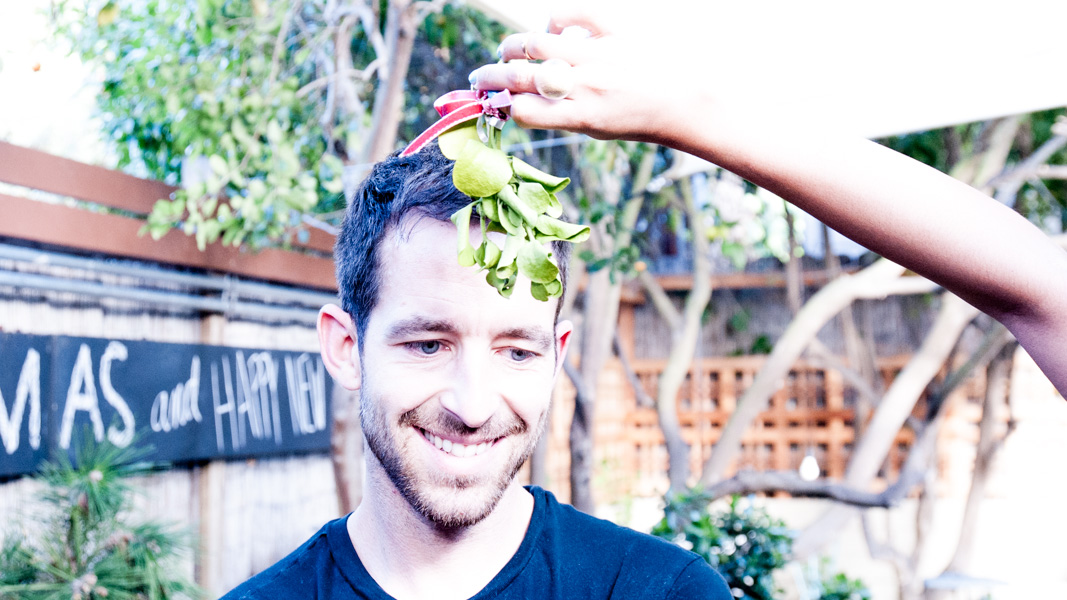 Our aluminum tree aside, we’re not into the artificial foliage that emerges every holiday season: that cheap silk ivy, that soulless plastic holly…

Every year, millions of people smooch under fake bunches of holly marketed as mistletoe. The former has red berries. The latter has white. This year, we decided it was time to to stop being a statistic. Guilty of hanging the fake stuff over our kitchen entrance for years, we were excited to find the real deal for sale by the counter at a local Christmas tree point of sale. Buck-fifty a pop, an impulse buy next to the register: 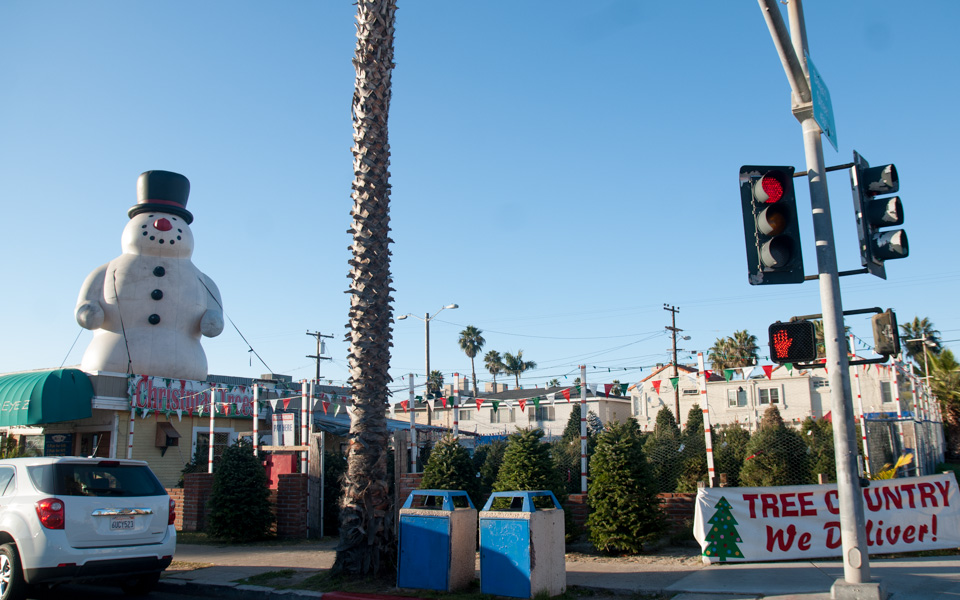 Fittingly, mistletoe is a clingy plant; Viscum album is a hemi-parasitic shrub that grows between the branches of trees, using them for support and nutrients. It was big among the ancient Greeks and Druids, who used it as a fertility treatment for animals. The origin of the whole kissing thing is unclear, but it probably has something to do with ancient Norse traditions of laying down arms under certain plants.

We skipped home with our pagan sprig, and fixed it to our guava tree. 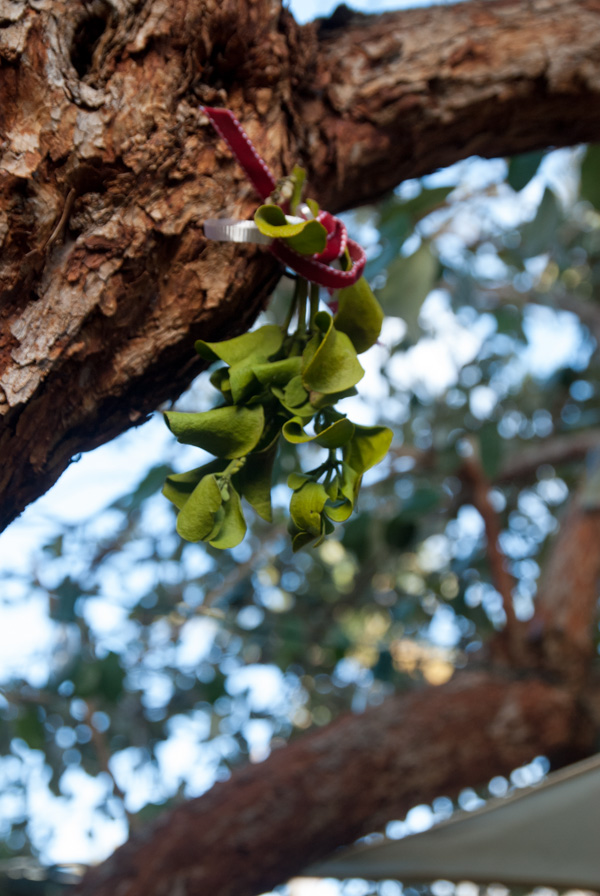 Here’s what another wise Druid has to say about Viscum album:

Skip to 2:37 for a shot of the plant…which in fact appears to be some type of tarragon. Sigh.