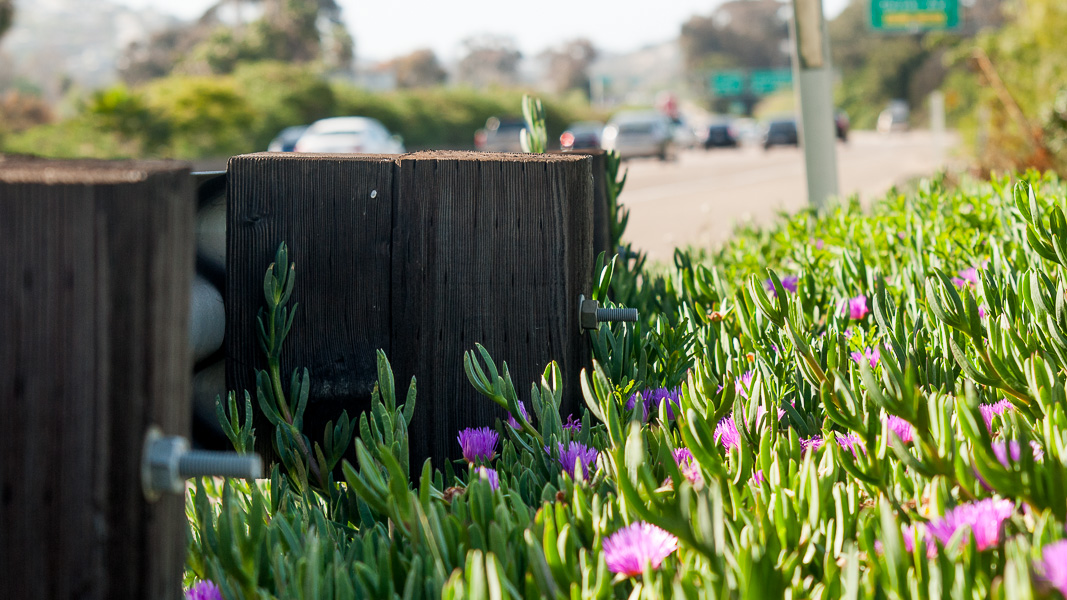 23 Apr Eyes on the Road, Californians: The Creepy Appeal of the Highway Ice Plant

Our obsession with freeway fauna is closely documented. Can you blame us? Staring at the tender wildflowers, itchy scoops of chaparral and fat, sassy succulents growing along the shoulder makes a slow merge all the more bearable. It’s one of the fringe benefits of life in Southern California.

This week, it’s the magenta, pink and yellow flowers of the Carpobrotus chilensis (sea fig)
and Carpobrotus edulis (sour fig) that are colonizing our rush-hour attentions.

C. chilensis is commonly called sea fig and C. edulis is known as sour fig and also highway ice plant. They’re both easily mistaken for each other: both have fleshy, spearlike leaves and prostrate roots that grow easily in sand dunes. (That’s why they’re ubiquitous at the beaches here.) The flowers of the former are smaller and brighter that those of the latter. Both species hybridize easily. 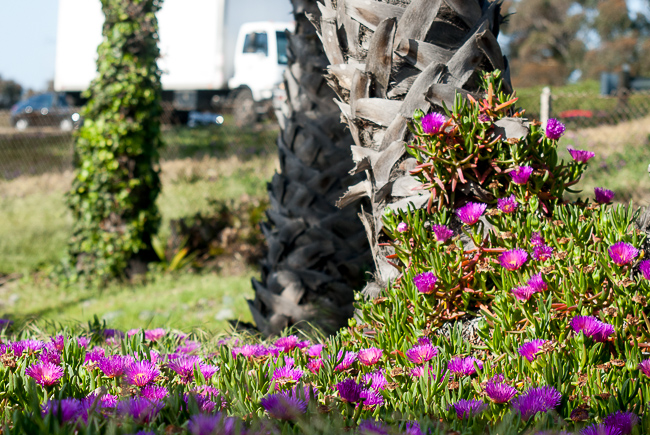 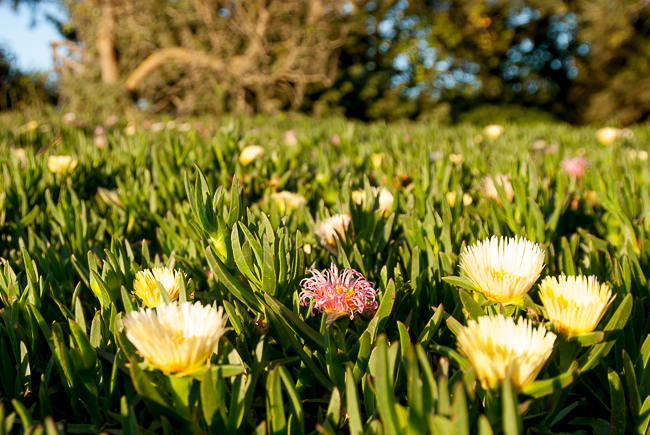 These groundcovers have got a checkered past; according to California State Parks, the ice plant was originally brought here in the early 20th century to stabilize the soil along railroad tracks. Things went awry during the 70s, when thousands of acres were planted along the medians to prevent erosion and thwart wildfires. Iceplants soon became invasive, pushing out the native plants and fauna.

Some animals are happy to see them, though. California ground squirrels (Otospermophilus beecheyi) like to munch on sour figs, which are also fit for human consumption. Apparently ice plant cleans up into a nice, tart jam. Where can we get our hands on a jar?! 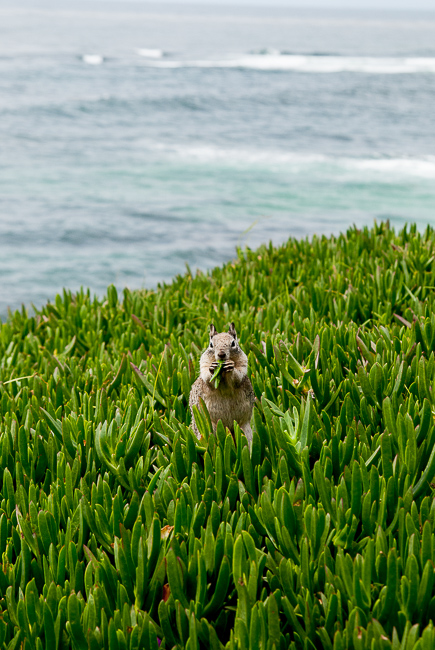 It’s lunch with an ocean view for this California ground squirrel. 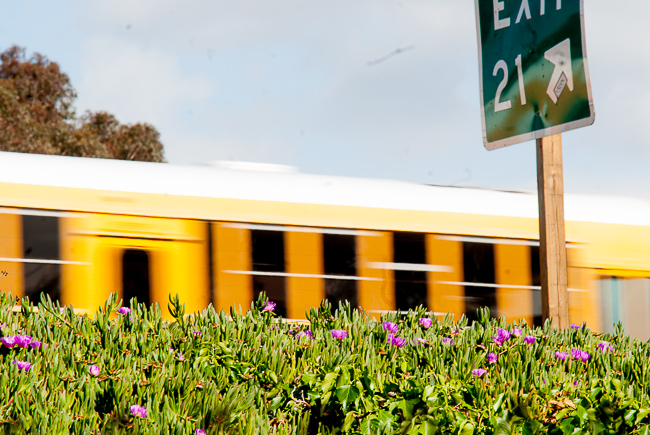 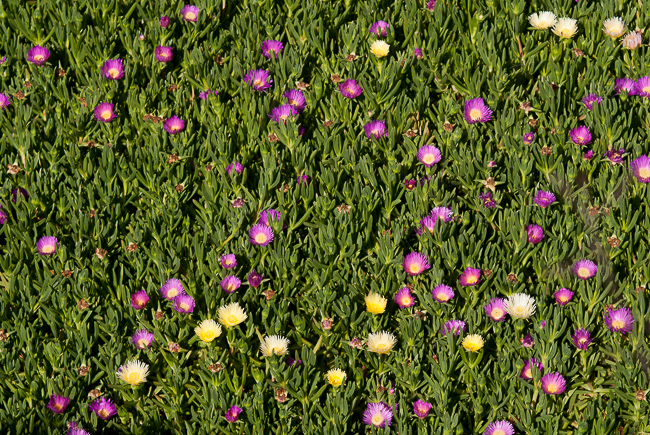 At the height of spring, our off-ramps are a floral bonanza. 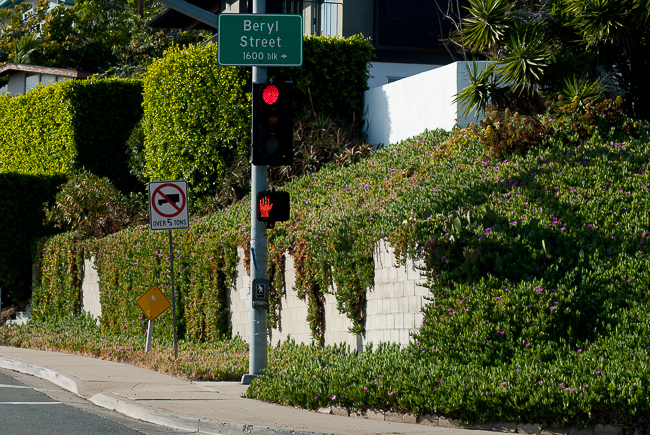 Ice plants are absurdly easily to propagate; a single cutting can explode into an over-the-top display that nudges out native species. 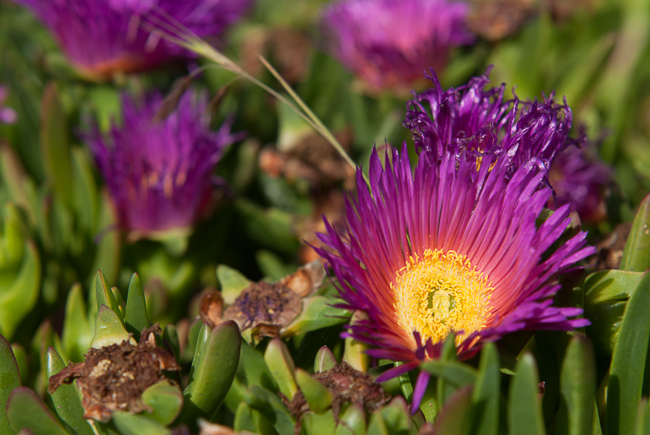 These succulents are in peak bloom right now. 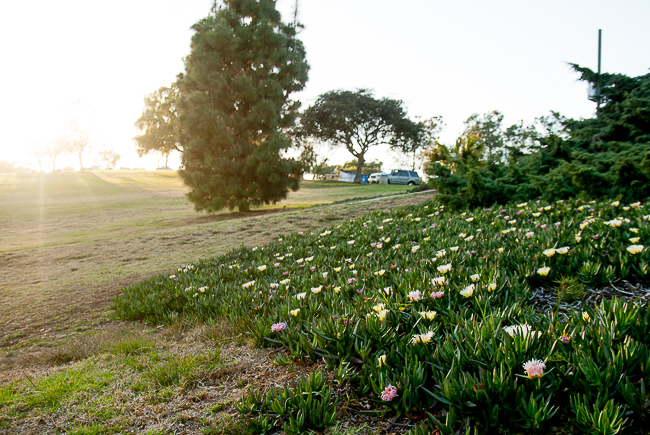