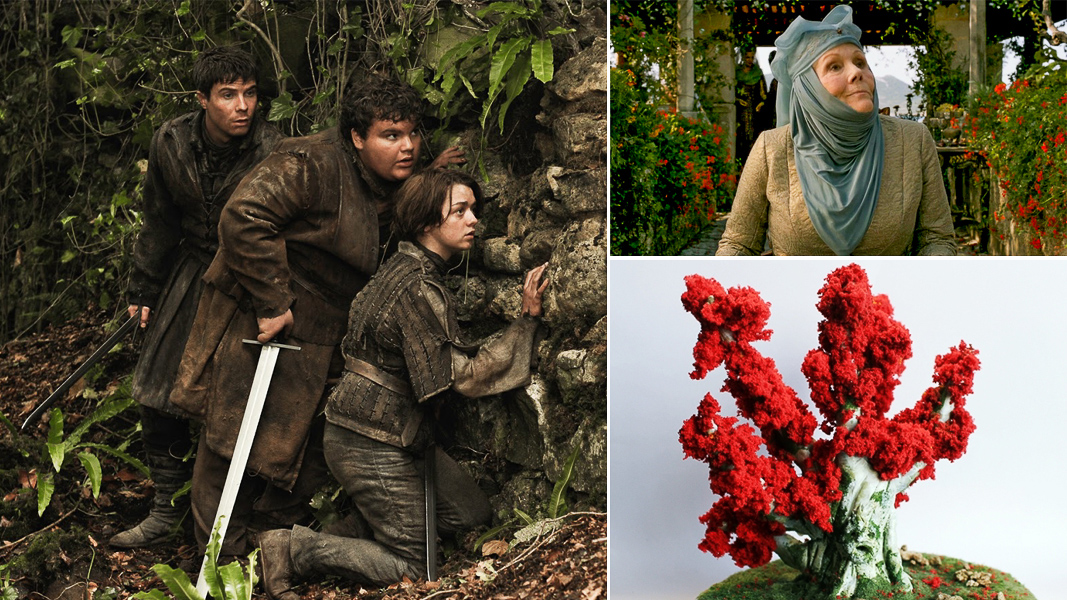 07 Jun A Fantasy of Ferns and Figs: The Plants of Game of Thrones

Unless you’ve been living in a cave in the Frostfang Mountains, you know that something bananas went down on the second-to-last episode of Game of Thrones. And if you’re fans of the books and the HBO show (we are) last week’s episode probably made it clear how fearlessly — and violently — George RR Martin’s fantasy universe will turn on a dime.

So, yes, yes — lots of talk lately about “Red Wedding.” But we’re also interested in all the shades of green, brown and even fragrant pink that make up the landscapes across Game of Thrones. That includes what grows in the godswood of Winterfell, the moss-covered islets from which Davos Seaworth was plucked by pirates (“And you drank with me on four of my wedding days, but I don’t ask you for favors,” remember, remember?), and the neon gardens of King’s Landing.

Here are some of our favorite plant-related moments from Season Three. 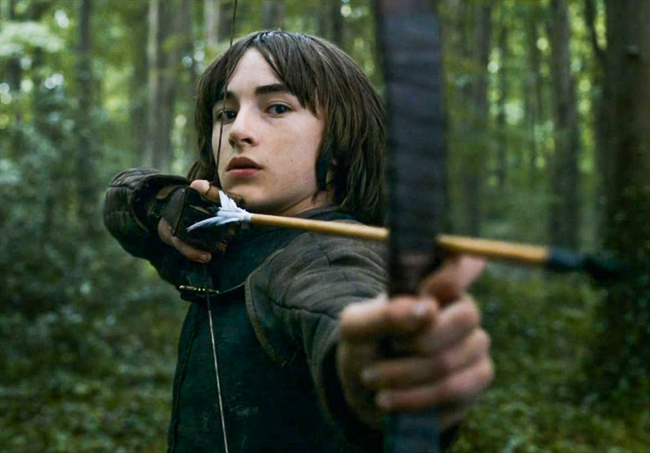 Much time was spent wandering the woods. There was Bran Stark and his crew making their way to the Wall, as Bran continued to have his black-magic dreams. In these visions, the tricky three-eyed raven remains hard to kill against a backdrop of ivy-draped oaks and sentinel trees, and a forest floor lush with dryopteris ferns. In the books, Bran is later fed a paste made of weirwood, the sacred tree that grows in the godswood at Winterfell, to sharpen his clairvoyance.

You might remember weirwood, also known as the heart tree. Jon Snow knelt in front of one when he took his vows to join the Night’s Watch: 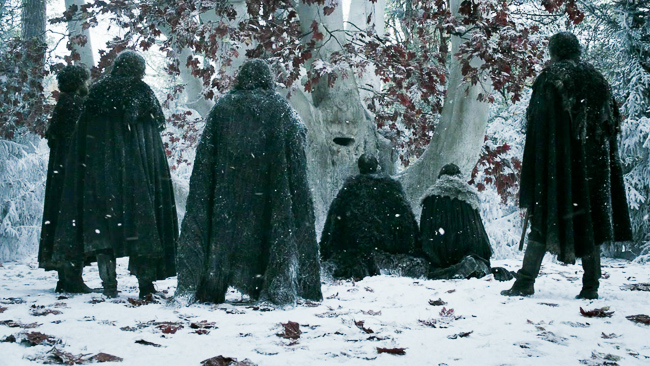 The trees are known for their crimson leaves, white bark and faces carved into their trunks. The power of the heart tree didn’t fully hit us until we laid eyes on this wondrous sculpture created by Seattle-based artist Andrew Lustre: 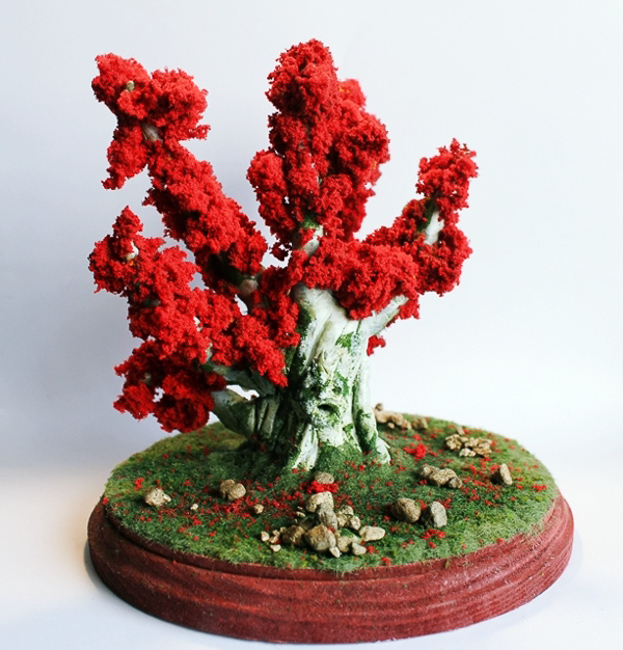 He even gave it an animated GIF treatment!

Another fascinating forest odyssey is the one taken by Kingslayer Ser Jaime and Brienne of Tarth to King’s Landing. The landscape is lighter here, one of heath-strewn hills and water reeds. And then there was the moment Ser Jaime turned down “milk of the poppy” during treatment for his amputated hand. And who can forget that duel on the bridge bursting with grass and wildflowers? Not these mois… 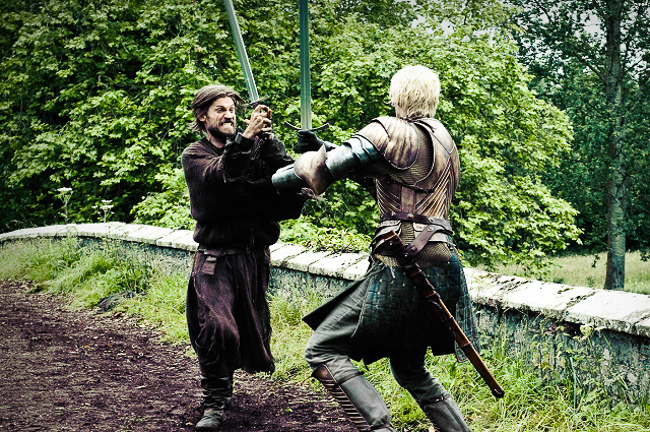 And then there’s the young, hardened heart of the story, Arya Stark. In the earlier episodes, she and Gendry (the most hoped-for pairing of the season — Gendarya, anyone?) were on the lam from King’s Landing, in a wood studded with bird’s nest ferns and crosshatched by fallen trees that provided hiding places for our scrappy underdogs. 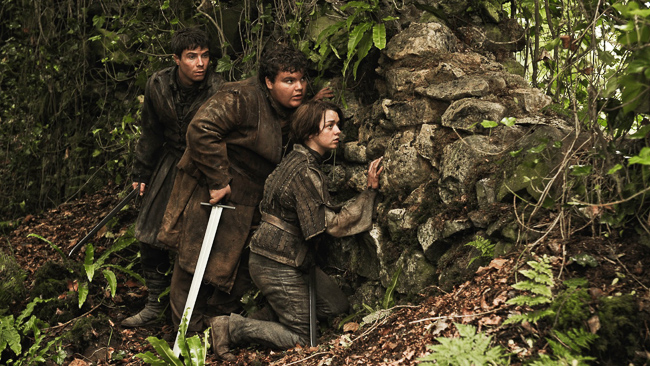 Switching gears, we do love it that some of the most Machiavellian conversations go down in the sunny gardens of King’s Landing. It seems like whenever a character — Sansa, mostly — walks among the cheerful bougainvillea, geraniums, cycads, waterlilies and agave that grow around her palace prison, you know that something pretty terrible for that character can’t be far behind.

Shooting took place in Dubrovnik, Croatia. The pseudo Mediterranean setting often feels like a bright, green burst when it follows scenes shot in drafty Northern castles; the cheerful blossoms and thick glossy vines serve as a contrast to Joffrey’s reign of terror — and are also an emblem of the family’s decadence. The plants are an apt backdrop for the winning lines of fig-nibbling Lady Olenna Tyrell, a.k.a. the Dowager Countess of Westeros. 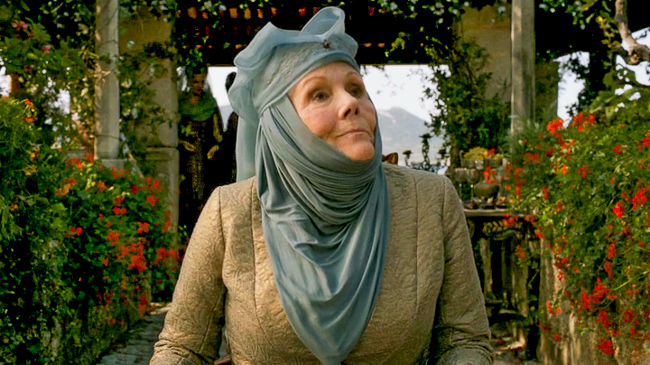 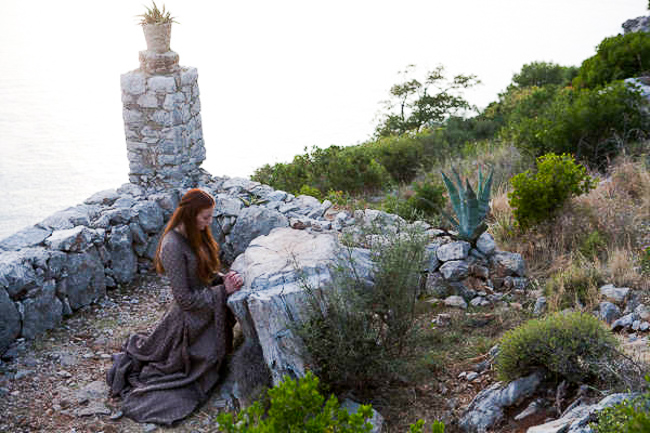 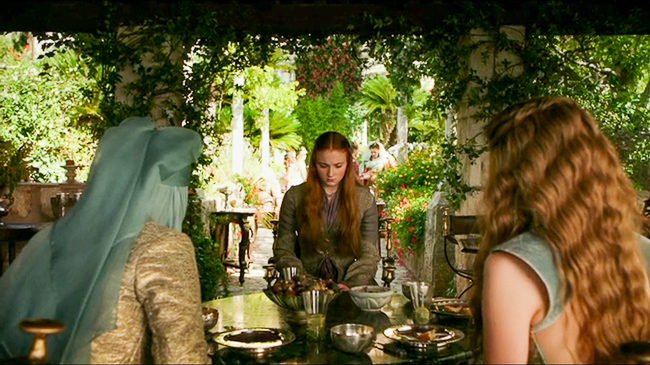 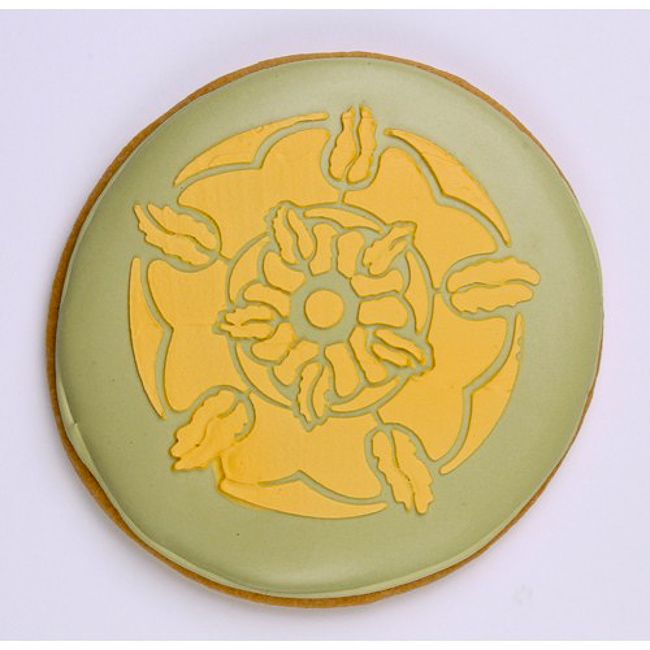 If you dig House Tyrell’s sigil, a golden rose on a field of green, well, now you can eat it. HBO sells it on cookies!

See you on the other side of the season finale!