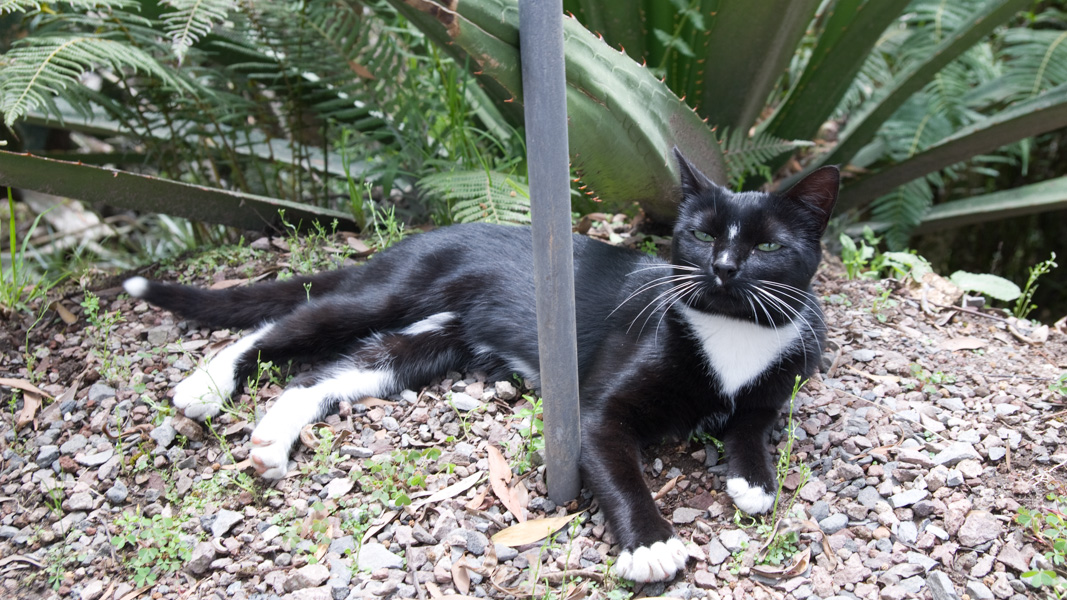 Posted at 01:56h in Flora vs. Fauna, Gardening, Our Garden by Chantal Aida Gordon 0 Comments
Share

We live in a catty neighborhood. Between indulged strays and outdoor pets, cats are constantly drifting in and out of gardens on our block.

Our favorite is the darling Petunia, who bears an uncanny resemblance to RB’s childhood kitty, Oakie. A purring puddle of fur, she’s picky about what she eats and is known to hotfoot it up our guava tree, laser focused and in pursuit of a bird.

Or even better for us, on the trail of a tree rat. 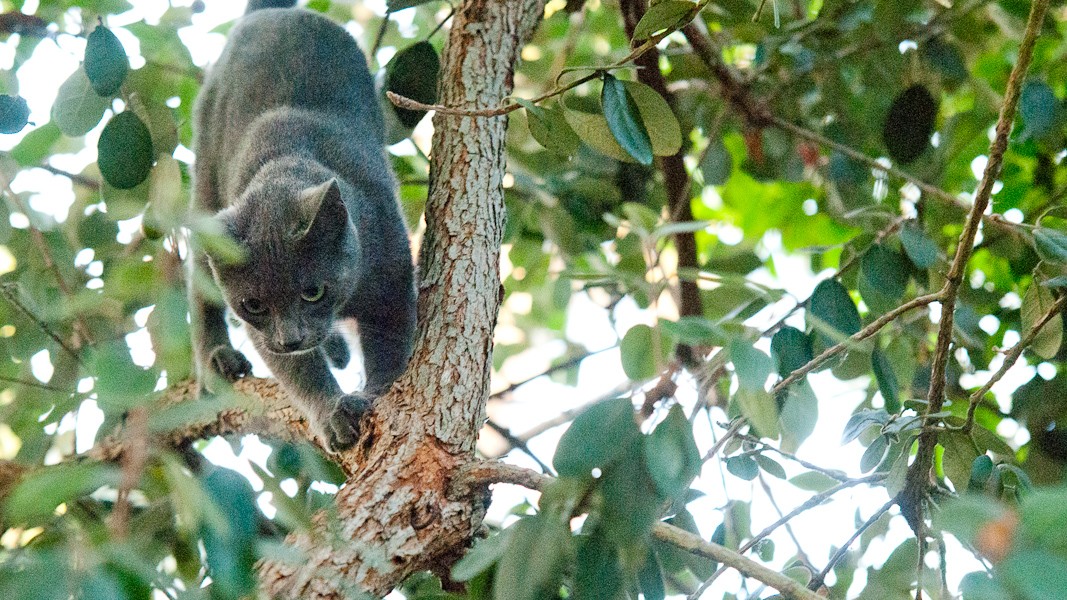 And then there’s the tuxedo cat we saw during a trip to Jardín Botánico in Quito, Ecuador (top), who won first prize in the Most Interesting Cat in the World competition.  So, we like cats.  But we aren’t so enthused when they pee on our ferns or our rosemary hedge.

There are a few ways to stop that from happening, but not all DIY repellants were made equal. Cayenne, chili flakes, moth balls are massive DON’Ts; the latter is toxic, and when pepper sticks to a cat’s paw, it can get in her eyes when she grooms herself, inflicting an inordinate amount of pain. 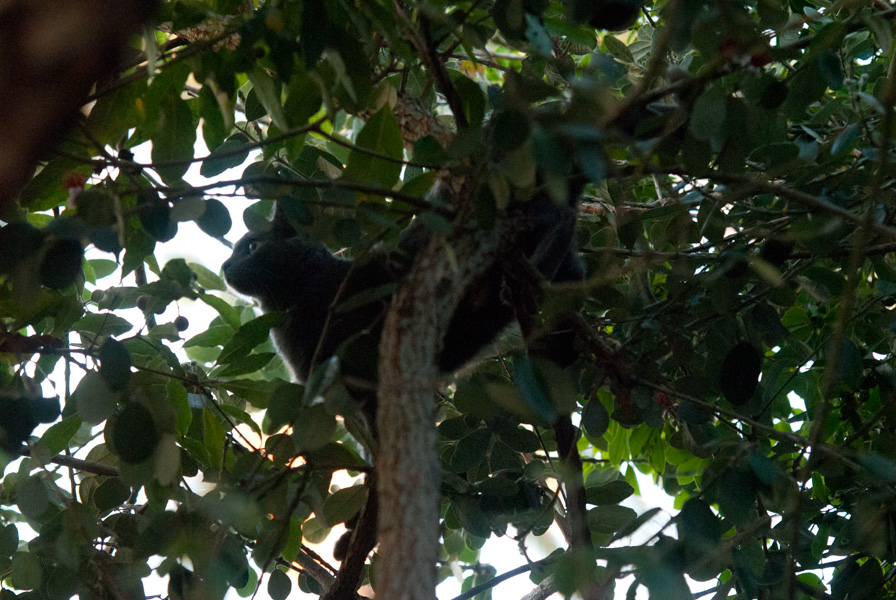 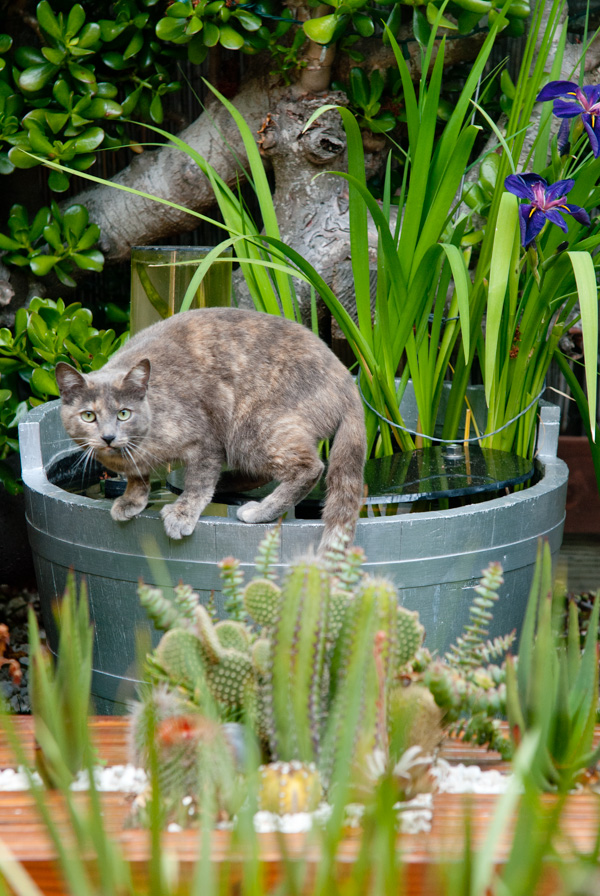 He wasn’t even interested in the goldfish — he just came for the free drinks. 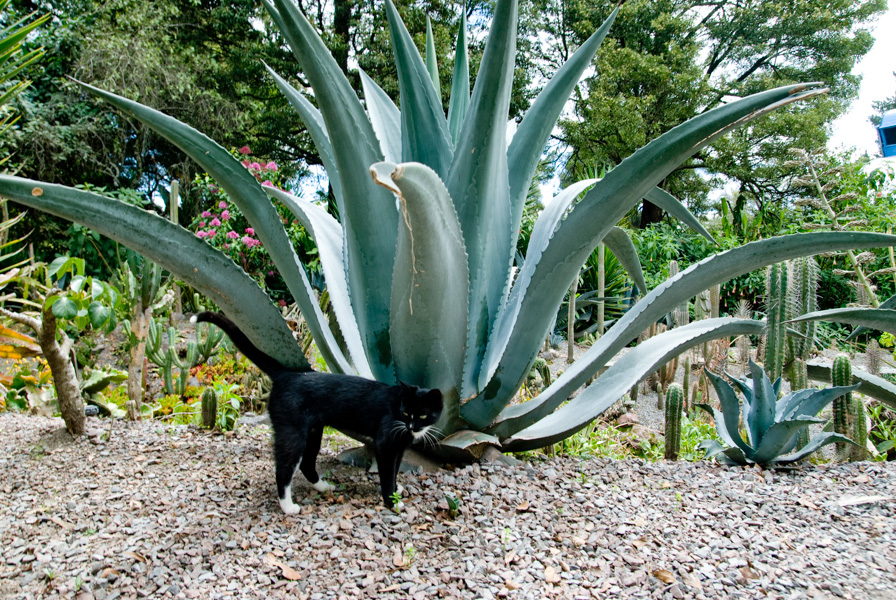 The same tuxedo kitty loiters next to a mighty agave during our trip to Jardín Botánico in Quito, Ecuador.

Some of the DOs we’ve tested include rough rocks, river stones and woodchips, to little avail. Some ones we might try: citrus peel, orange essence, pinecones, potted pennyroyal, garlic cloves, and manure (a win-win for the garden). There’s also the argument for diversion — luring them away from your zinnias and into their own corner, one with some purple fountain grass, cat grass and maybe some cat mint, whose purple flowers are beauuutiful.

Another option: set up a litter box in a discrete, low-traffic corner. This we learned the hard way, when RB actually put down a sandbox as an art piece (!), embellished with air plants and  a select conch shell.  Highbrow stuff, until Petunia and her whole whiskered crew realized it doubled as an outhouse. 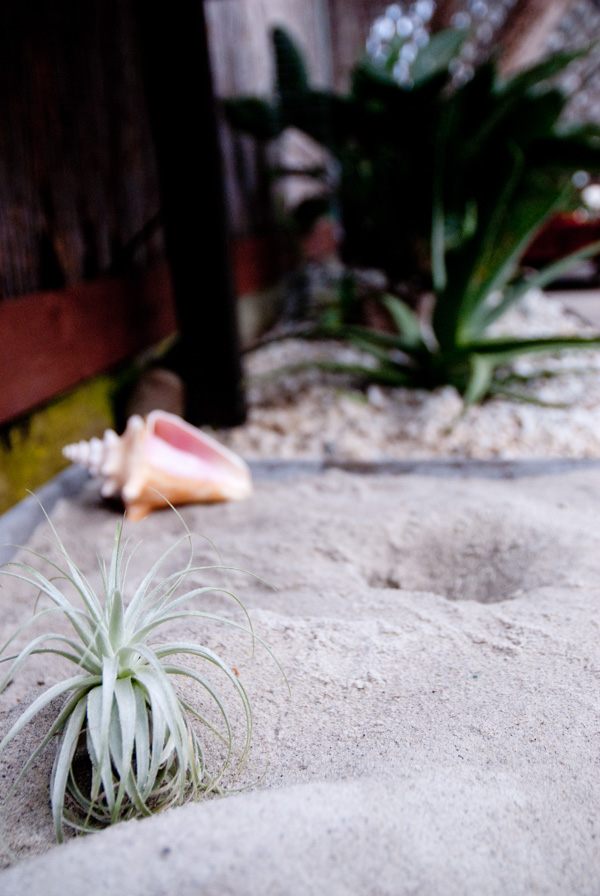 This beach terrarium looked nice before it was discovered by strays. 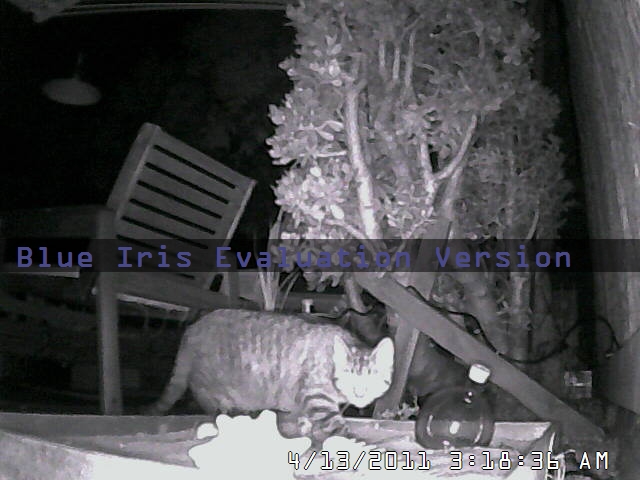