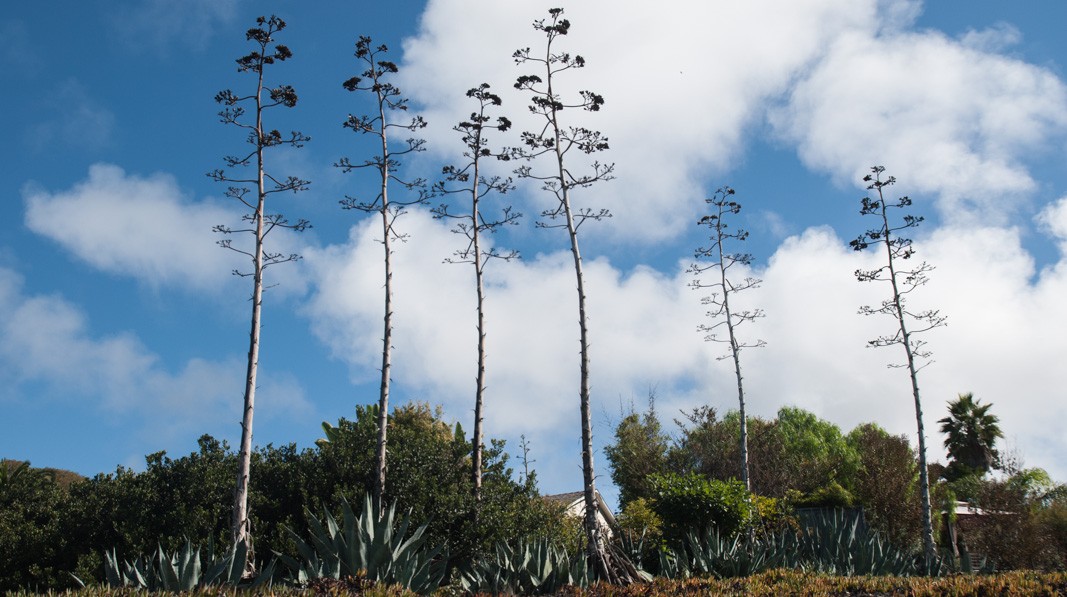 17 Nov One and Done: the Floral Swan Song of the Monocarpic Agave

The masts of agaves — tall, groaning stalks that flower high above their rosette bases — always turn us into nosy neighbors when we spot them over the tops of fences. And when we learned that an agave dies after sending out just one flowering mast, well, we felt the event deserves some commemoration.

They’re monocarpic, among the few perennials that fall into this category.

For agaves like the ones we see all over our neighborhood, the production of seeds is one colossal, fatal, lifegiving event. Not for nothing do biologists call it “big bang reproduction.” The inflorescences can resemble stark yellow satellite towers, in the case of A. americana; or trees, in the case of A. angustifolia; or green foxtails, in the case of A. attenuata; their flowers are edible and the sap, destined for your dessert or your cocktail, is found in the stalk. 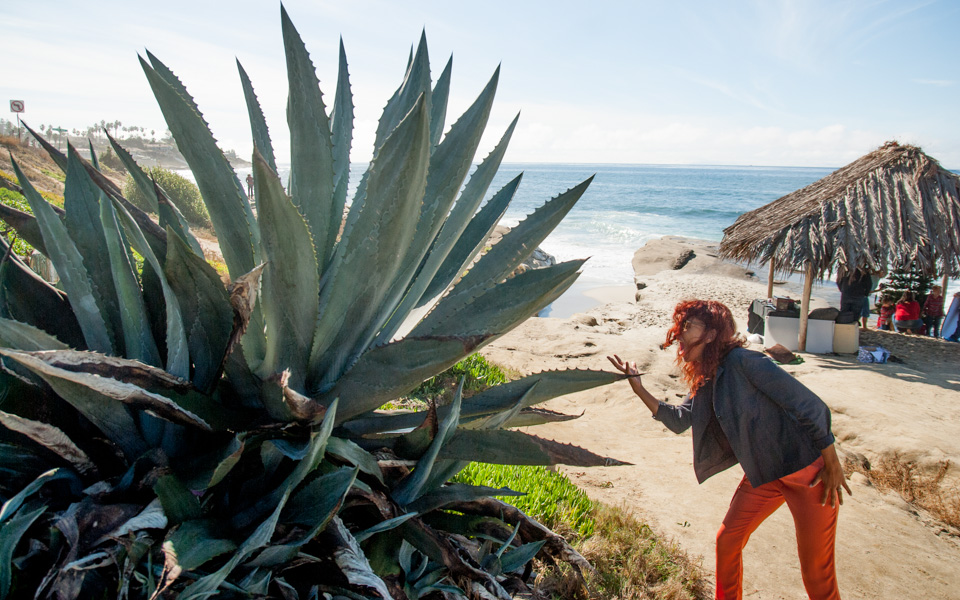 Some youngin’ agaves that haven’t entered their flowery final years.

(Animals that literally put all their vital resources into reproducing, called semelparity, include the Pacific salmon, which dies after laying its eggs.)

Stalks can reach 40 feet tall and pups (offshoots) often appear next to the rosette. They call A. Americana the century plant because it supposedly takes 100 years for it to bloom, but alas, when you give it the right mix of nutrients, it’ll take only 15 or so to flower — so either abuse it, or don’t get too attached. 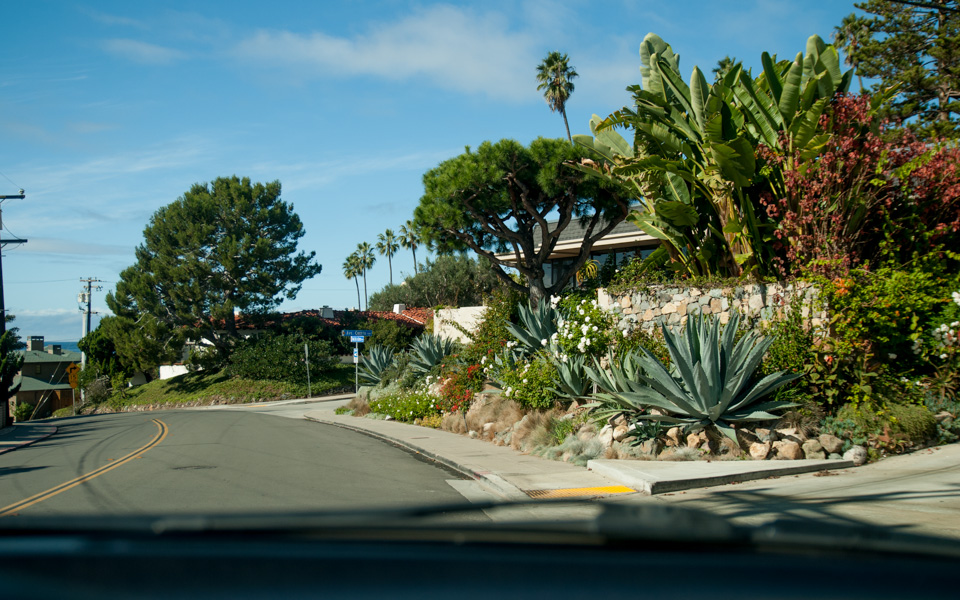 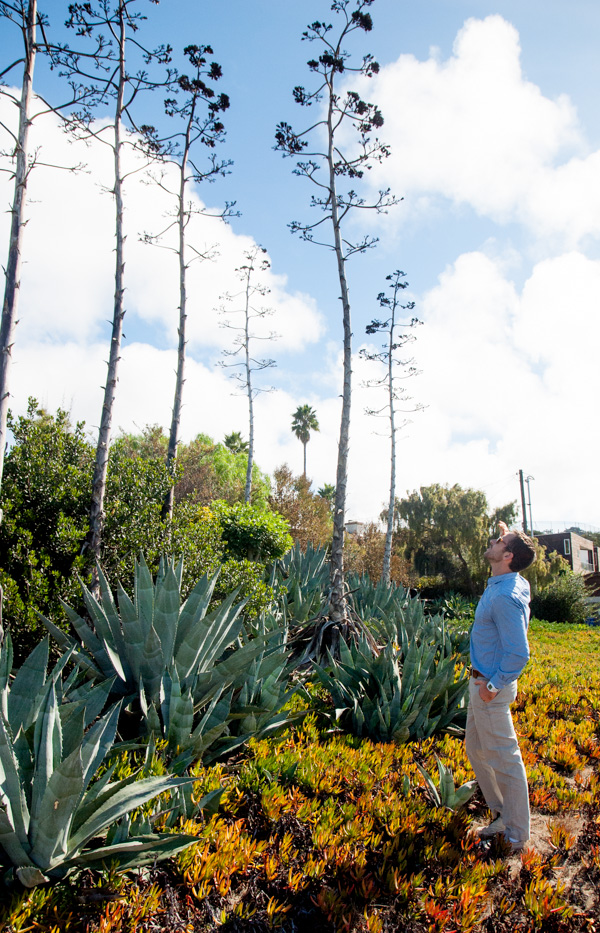 RB and a crop of flowering century plants 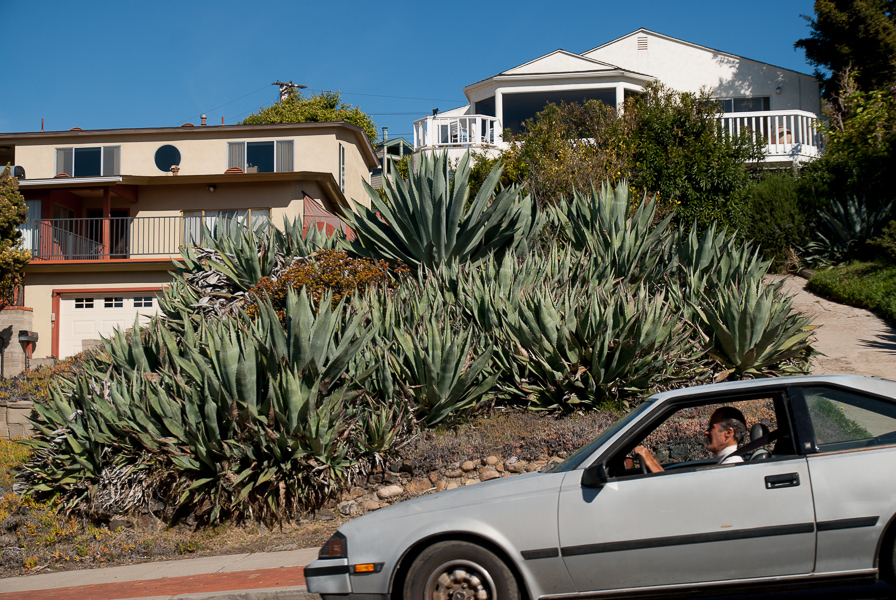