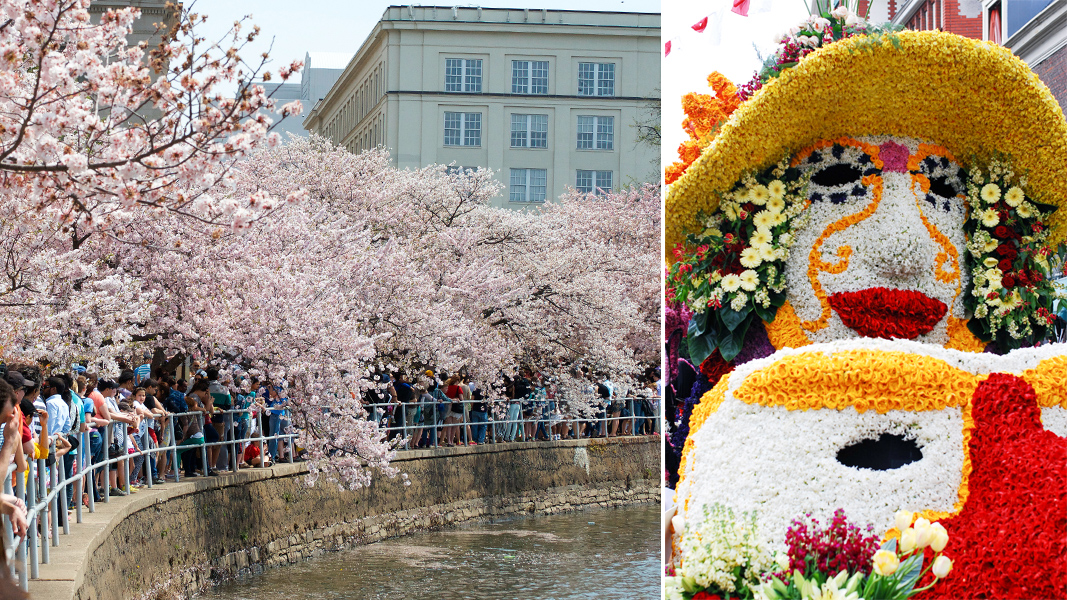 Winter in our neck of the woods may be mild beyond belief, but we don’t take spring for granted. Not only is spring equinox our blog-erversary, we’re excited for warm vibes to light up the cooler areas of the country and the world, because those regions go all out with events to celebrate the return of beloved blossoms. And other spring things.

Here are the events we’re looking forward to most. And even if we can’t attend them in person, we plan on being there in spirit and on Instagram…

– Cherry blossoms (sakura)now in full bloom in Tokyo. The blossoming of the trees can be tricky to predict, but when it happens, the event is a social, visual and horticultural spectacle. 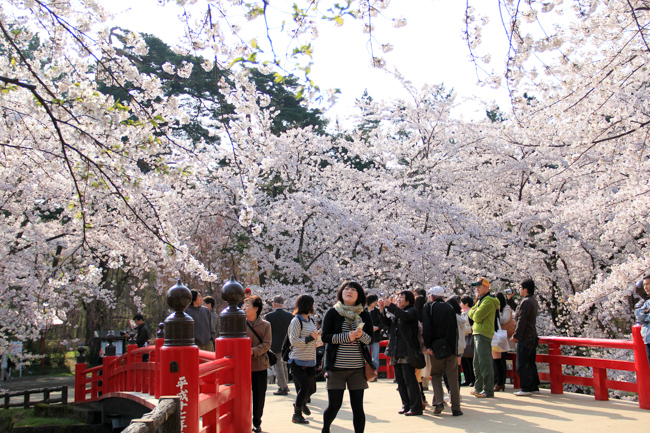 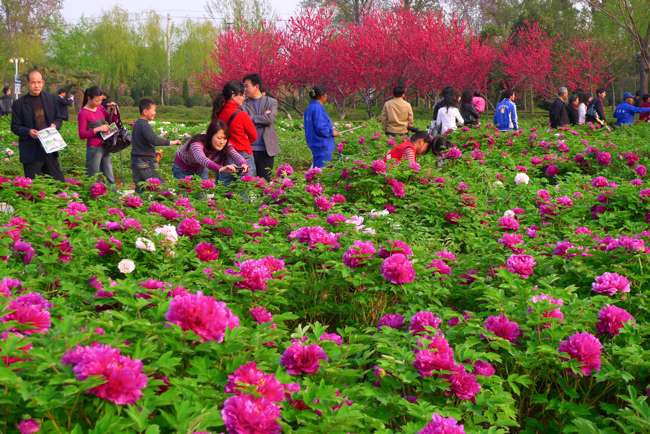 – Luoyang International Peony Festival, Luoyang, China, April 10–23, 2015. We’re guilty of grumpily turning away from Pinterest and mumbling, “If we see another peony…” — especially around this time of year. That is, until we see one in its pink fluffy glory and are reminded what the fuss is all about. Imagine seeing an entire garden full of 1,000 varieties in glorious bloom located in “the City of Peonies.”

– Flower shows in the Netherlands, including the events at Keukenhof dedicated to specific blooms (lilies, irises, gerberas, for example, and also…tulips!) through May 17. Then there’s Bloemencorso Bollenstreek, April 22-26, a multicity parade stretching 25 miles in the Bulb Region from Noordwijk to Haarlem, in which floats are mobbed with blossoming daffodils, hyacinths and (of course!) tulips. 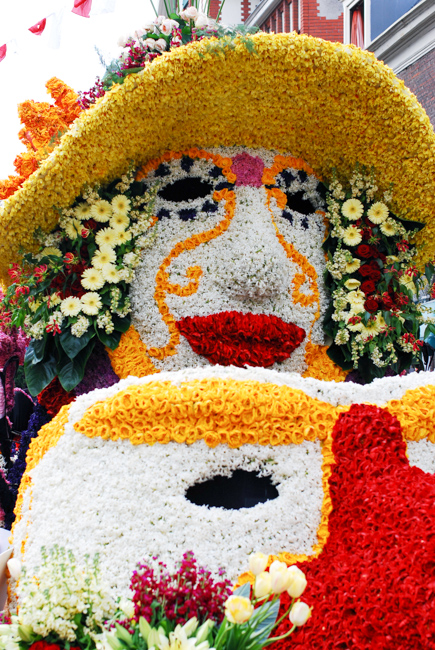 Above, one of the floral flights of fancy that can be seen at Bloemencorso, the Dutch flower parade that extends 25 miles from Noordwijk to Haarlem. Photo by Behrooz Nobakht — Flickr. 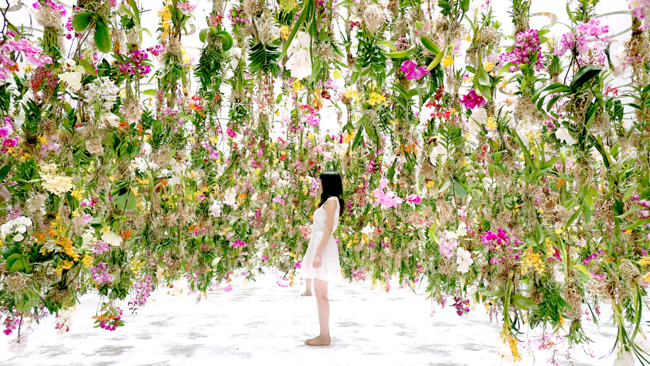 – Floating Flower Garden by teamLab, Tokyo, through May 10. In this wildly popular interactive installation, masses of orchids hang from the ceiling, and are raised and lowered as you move through the space. (HT to This Is Colossal.)

– Canadian Tulip Festival, Ottawa, Canada, May 8–18. One million tulips on view in a rainbow of colors throughout the city. 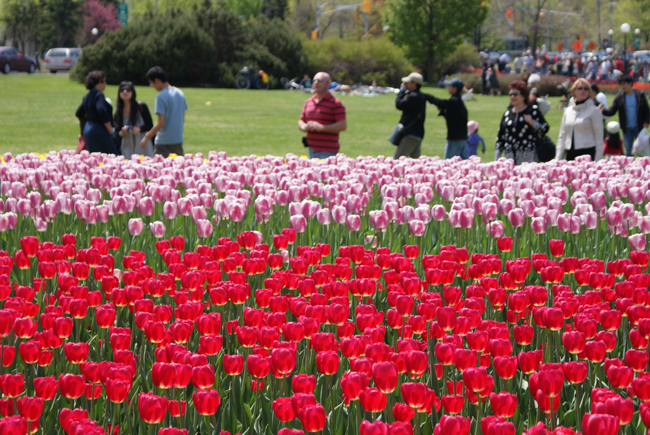 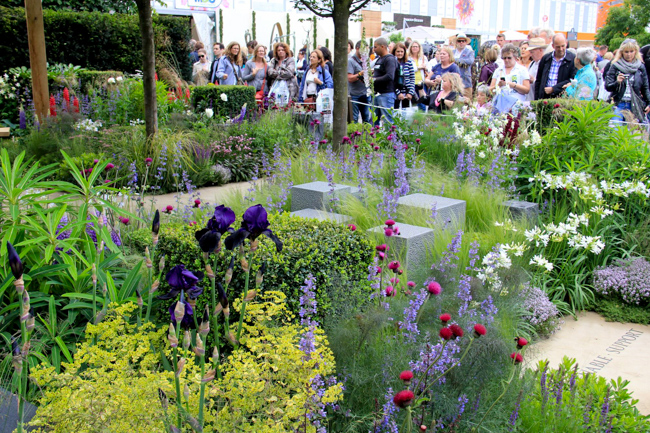 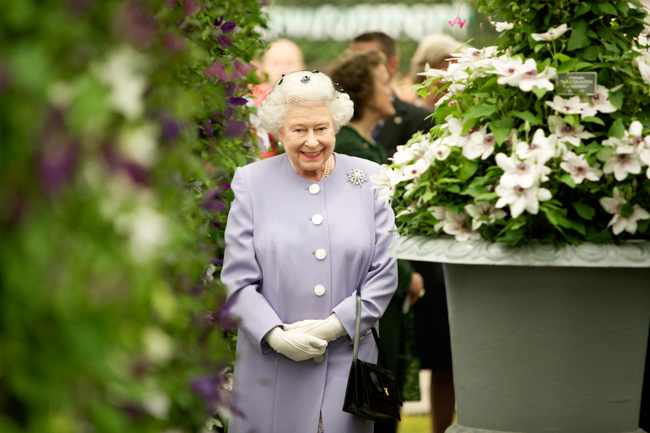 – Fifth Annual California Native Plant Week, Statewide, April 11–19. Events are happening across the state to celebrate and raise awareness about California’s native flora. Check out the full calendar here. We recommend finding private garden tours — like the ones we took last year — to get an intensely personal perspective. If you’re in San Diego County, get details on the local tour here.

– Cherry Blossom Festival and Parade, Washington DC, through April 12. Excitement over the pink blossoms of our nation’s capital reaches its peak during the parade on April 12. 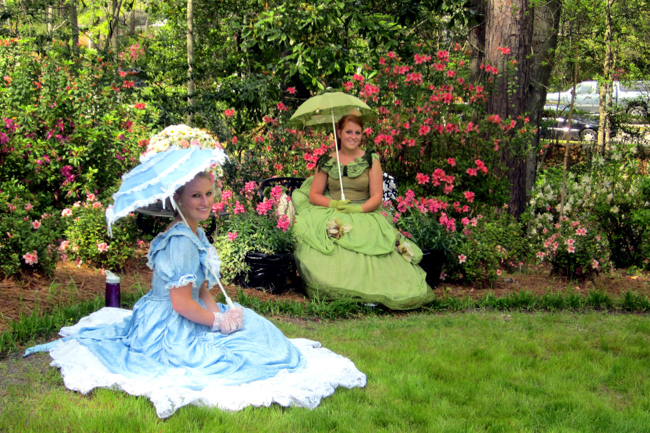 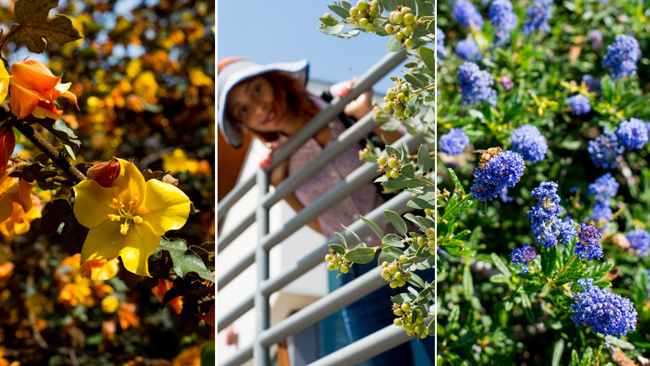 From left: A flannel bush, Del Mar manzanita, and mountain lilac lit up our tour of native plants last year. 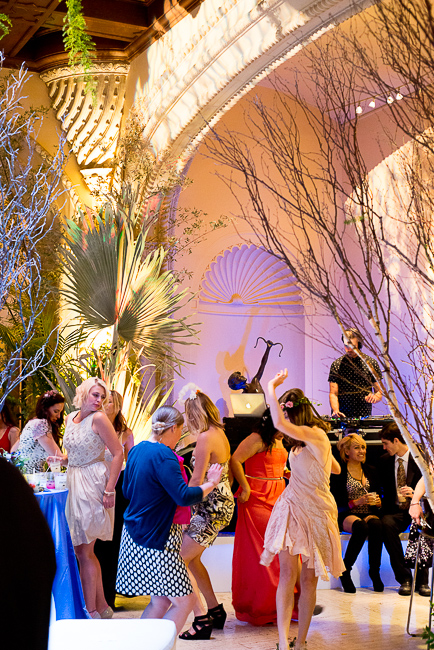 Getting down on the garden dancefloor at Art Alive. 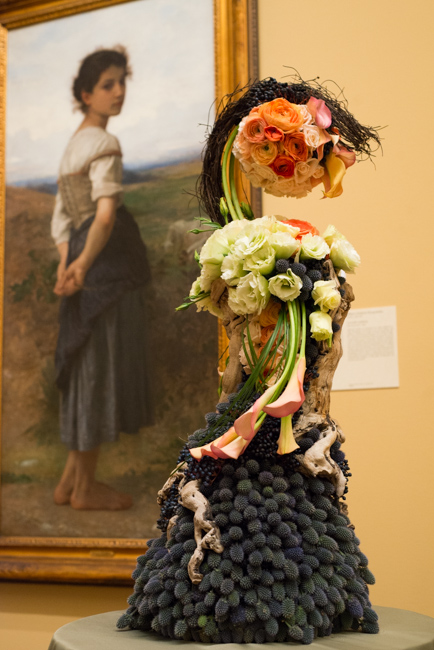 Floral interpretation by Jolene De Hoog Harris of the Dutch Flower, of “The Young Shepherdess” by William-Adolphe Bouguereau. 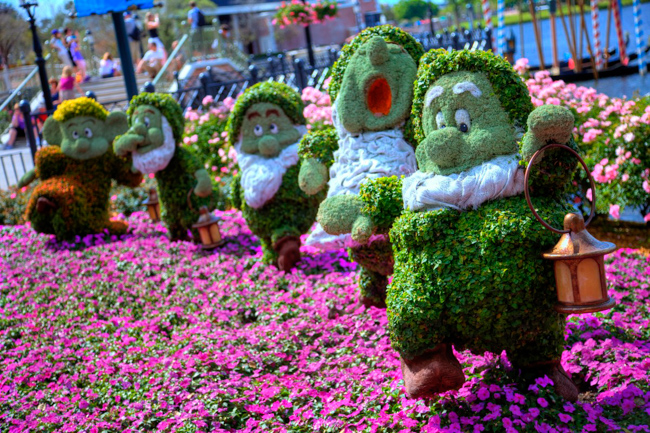 – Pike Place Market Flower Festival, Seattle, WA, Mother’s Day Weekend, May 9–10. Get the mother in your life some amazing cut flowers sold amid — of all things — fish flying in the market.

– Garden tours galore in your area! This year the La Jolla Historical Society’s Secret Garden Tour of La Jolla takes place on May 16. Hard to believe it’s been almost a year since our garden was one of the hush-hush escapes on this tour, which features a lineup of inspiring residential spaces.

– Portland Rose Festival’s Grand Floral Parade June 6. Watch an over-the-top array of fragrant spring blooms floating down the lane, to the tune of 17 marching bands. The exact kind of fanfare they deserve. 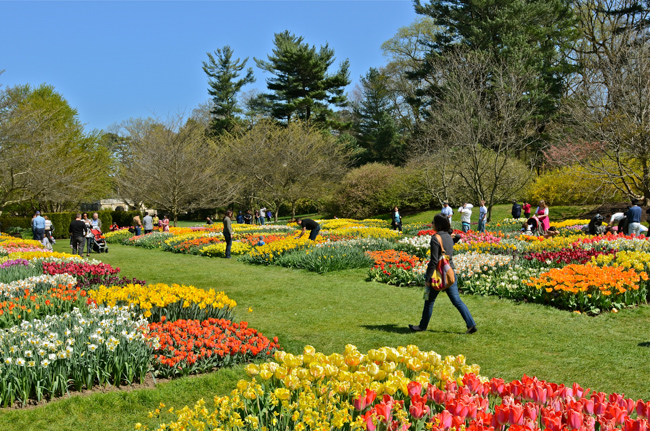 The expansive patchwork of tulips at Longwood Gardens. (Photo by Jim Allen — Flickr.) 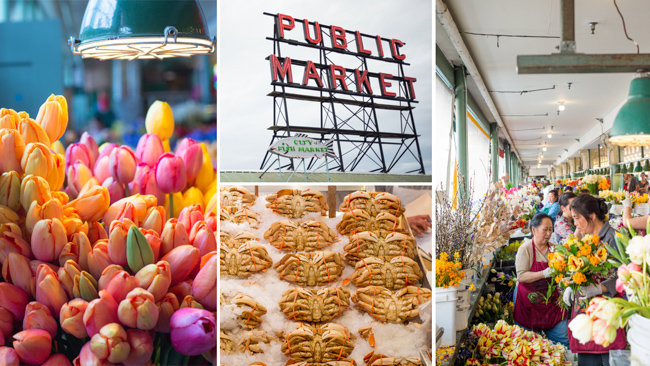 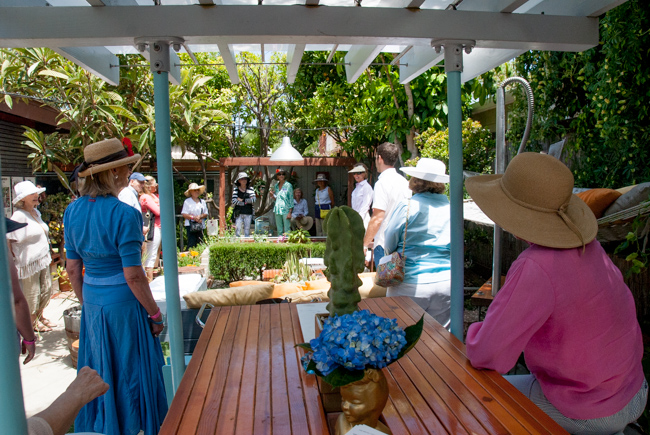 Last year we were among the hosts of the La Jolla Secret Garden Tour. This year we’re excited to go as guests!

We’re missing a ton of stuff, of course. What springtime events are you excited about? Let us know in the comments!