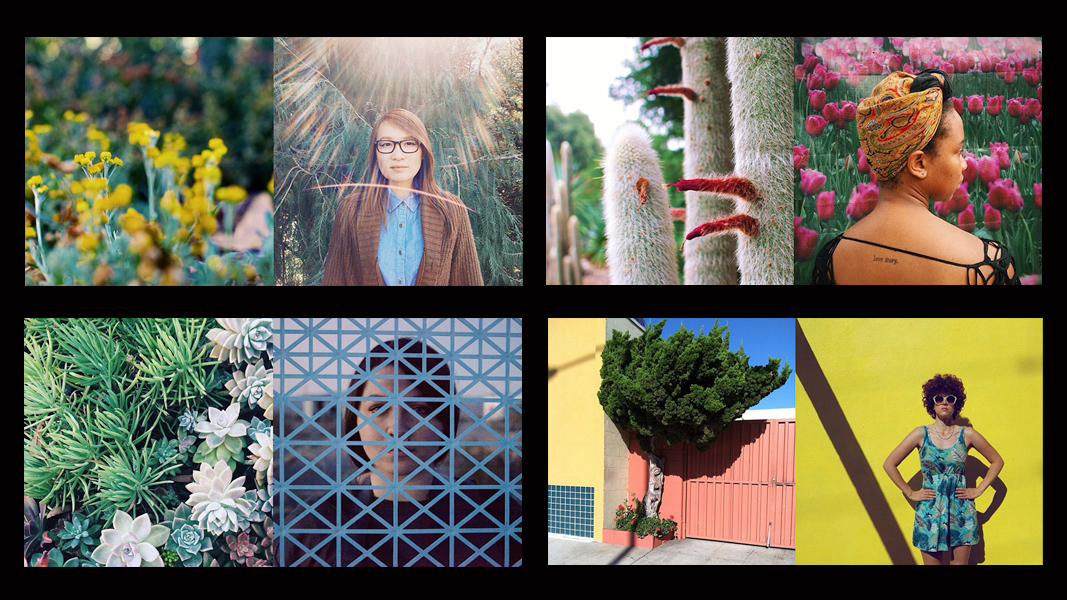 Images paired for a compelling effect, the diptych is in the midst of an internet-fueled revival. And the new Plants & People photo series by Woolly Pocket is our favorite place to find them.

You can check out the series on the company’s Instagram page. Plants & People was launched three months ago by Miguel Nelson and David Luong of Woolly Pocket, the LA- and Phoenix-based company whose planters have helped people around the world create the vertical gardens of their dreams. (You might recall our Q&A with Miguel last year, and our own Woolly, Woolly living wall!) To experience these photos is to get extra-excited — and curious, and surprised — about our connection to this leafy green Earth. 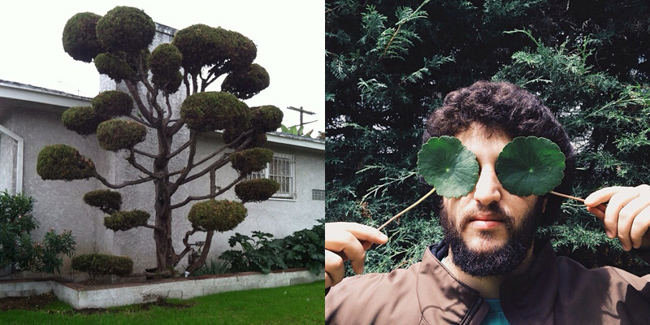 Plant photo by Tony Brown and portrait by Alfonso Soxavier. 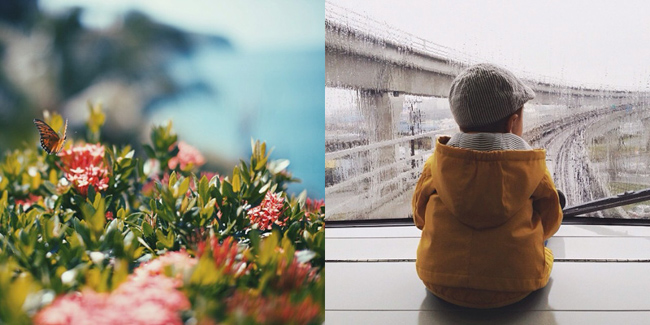 Images include a face through a lacy curtain paired with the view through defoliated branches; hand-antlers next to conifers; a child on a bench paired with stark Strelitzia leaves. The plant photos were taken by Miguel (the company’s cofounder) and David (the company’s graphic designer) around places like LA, Mexico, New York and Arizona, and the “people” photos are the work of photographers the pair connected with on Instagram.

“We thought about how we could inspire folks on Instagram to have more fun with plants,” Miguel tells us via email. “The last thing we wanted was for our Woolly Pocket Instagram to come off as some sorta self-promotional, corporate mumbo-jumbo. Then we thought, what if we combined inspirational snapshots of nature with inspired photos of people. And better yet, what if many of the shots were curated by or from folks we’ve never met before on Instagram?”

For 2014, Miguel and David are continuing to branch out, reaching out to Instagrammers for plant and landscape images too. (“Some of our pairings might even become part of our international advertising campaign, who knows?”) The juxtapositions have an energy that’s bigger than the sum of their parts. And, Miguel says, the pairing process had a similarly alchemical feel. 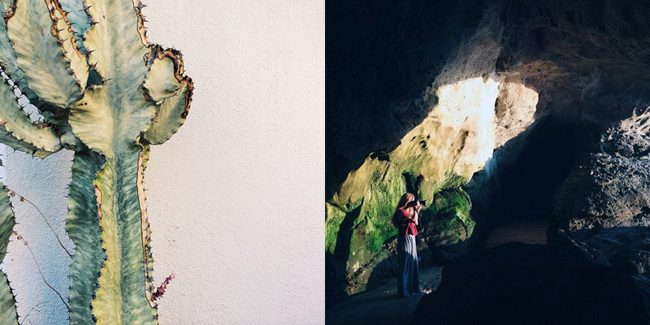 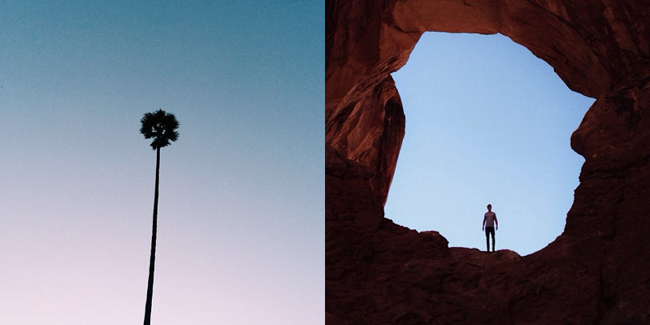 “I’d ask David to pick his favorite plant photo and then I’d select some people photos to match and then vice versa,” Miguel says. “Soon we were discovering all sorts of reasons and non-reasons to make a pairing. Sometimes the plant seemed to be making a similar gesture as the person. Other times the mood of a landscape seemed like the mood of a person. Of course there were some irresistible literal pairings where a plant was the exact shape as a woman’s crazy hairdo, or the color palettes matched. My favorites were ones where the person looked as though maybe they’d just seen, in real life, the plant and were startled, or scared, or blissed out by their encounter.”

We know the feeling. —TH 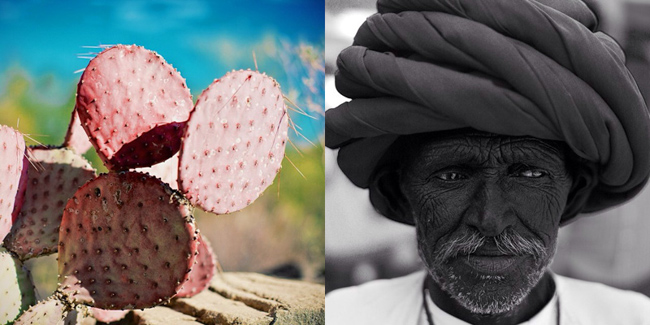 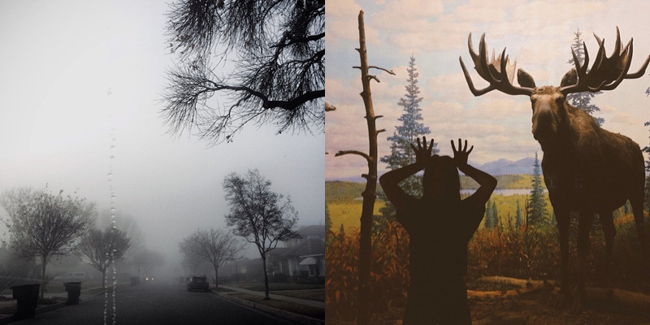 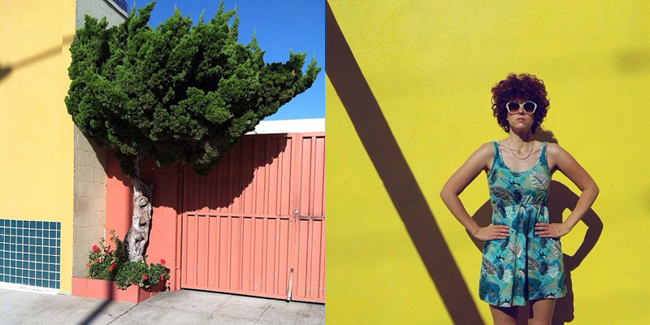 Tree photo by Tony Brown and portrait by Lauren Randolph. 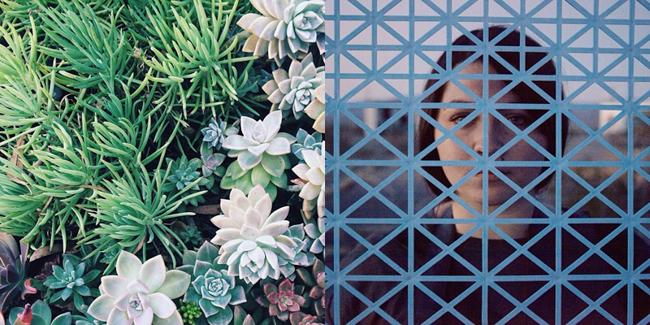 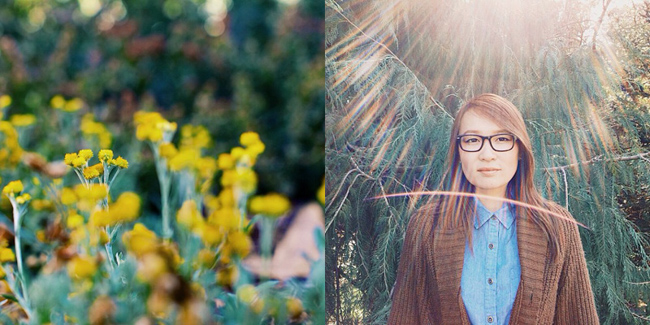 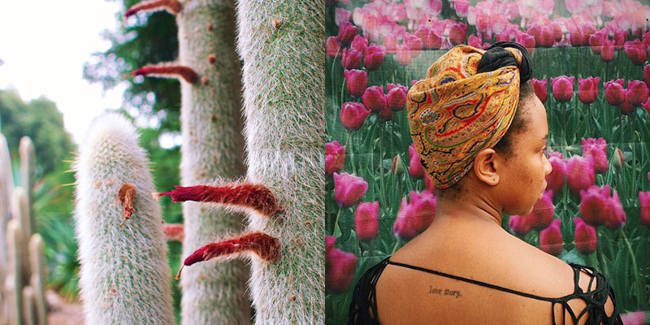