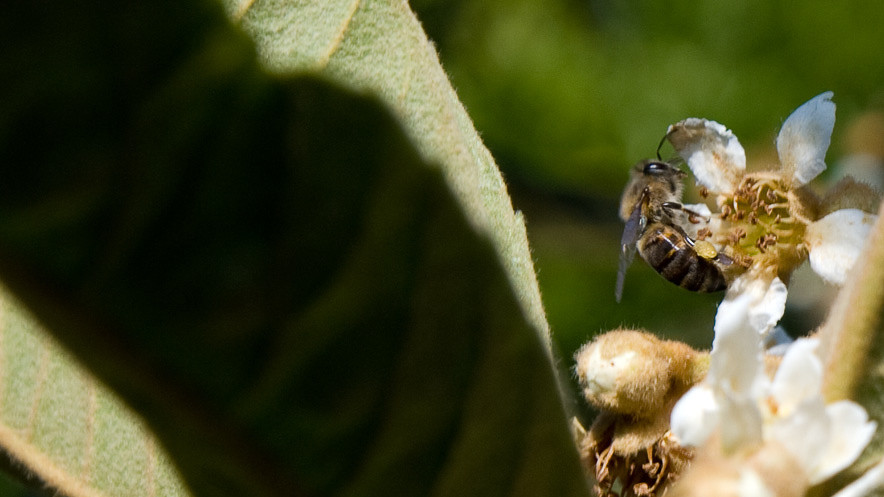 15 Mar Purring Plants, the ‘Vertical Forest’ Backlash, and the Warning System of Bees

From the hidden vibrations of flowers to empowering heirloom seeds in India (to, hello, that Higgs boson), it’s been a big week for small things.

✚ You know the bit of garden folklore about how tomatoes scream when they’re sliced? Although the ESP aspect has been soundly MythBusted, this week LiveScience reported that “there is evidence that insects and plants ‘hear’ each other’s sounds.” Beyond human auditory ranges, noises apparently can emanate from within the structure of a plant; for example, the popping of miniscule air bubbles in a drought-stricken tree might act as a dinner bell for bark beetles.

Monica Gagliano and her colleagues at University of Western Australia in Crawley conducted an intriguing study into plant acoustics. An interesting finding? According to the article, “a corn seedling’s roots lean toward a 220-Hertz purr, and the roots emit clicks of a similar tune.”

✚ We know that bees aren’t exactly defenseless. But they offer something shrewder than just blind, stinging aggression. According to ScienceDaily, “Researchers […] have now demonstrated that bees also use chemical signals to mark those flowers where they have previously been attacked.” Like a good member of the hive, a bee will leave a marker to warn fellow bees that a predator is known to frequent a certain lovely jasmine vine. (In the photo above, a bee clambers into a flower on our loquat tree.)

✚ If you’ve spent more than five minutes on Pinterest, you know that tree-stuffed skyscrapers are now a thing. Most of them are still in the theoretical/redering stage; one, in Milan, is getting close to completion.

But Tim De Chant of Per Square Mile throws some water on the frenzy, comparing the trend to the “Put a Bird on It” kick of a few years ago, reminding us that “life for city trees is hard enough on the ground. I can’t imagine what it’s like at 500 feet, where nearly every climate variable is more extreme than at street level.”

✚ Finally, hat tip to Roots & Shoots for pointing us, via Twitter, to this uplifting must-watch video. Activists in India are joining to help farmers retain control of their heirloom seeds in the face of intimidation and exploitation by Big Agro — and this movement was documented by the Perennial Plate.

Dig this story? Be the first to read what’s sprouting — click here to add our RSS feed to your reader.