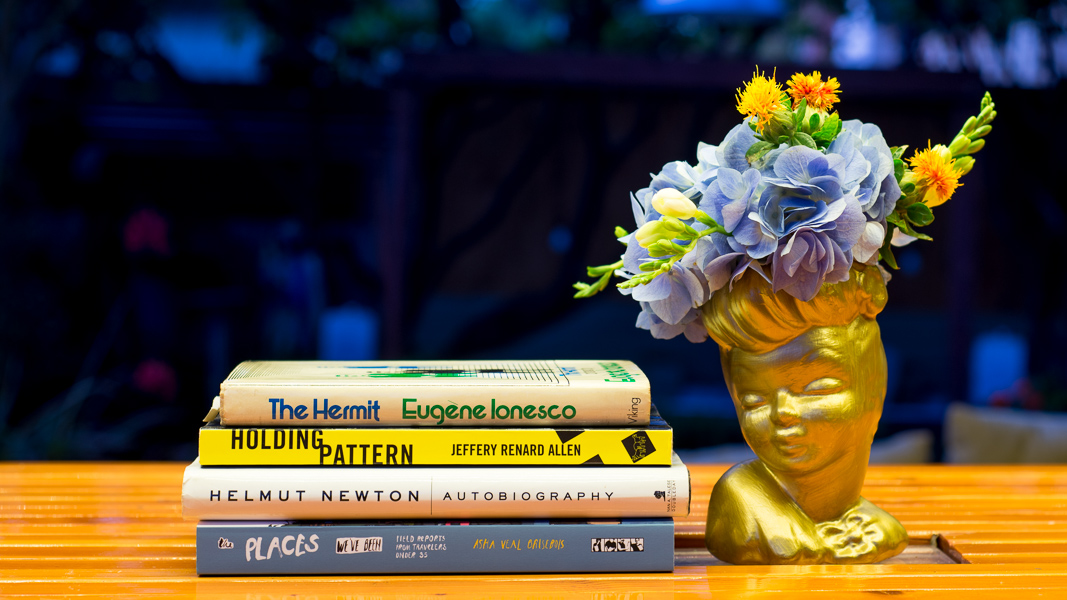 Posted at 08:00h in Design, DIY, Flowers, How To by Chantal Aida Gordon 2 Comments
Share

Design sorceress/Greco-Roman disco gladiator Kelly Wearstler must have a gland that produces nothing but inspiration. We swim through images of her work all the time, but there’s one object in particular that we saw inside a Wearstler interior that has been stuck in our craw since 2009.

It was a gold bust doubling as a vase. Brainy blue hydrangeas mushrooming from a lady’s gilded noggin.

We have no idea where the image is today (we spotted it P.P.E.; Pre-Pinterest Era); luckily, we wasted no time trying to recreate it. Turns out, the object of our obsession wasn’t a bust with a lobotomy but a head vase.

Head vases, according to Elise Moore of eHow, date back to before World War II and reached the peak of their popularity in the 1960s. The faces of Jackie Kennedy and Marilyn Monroe have both been immortalized as bouquet holders. Today there are head vase conventions where rare porcelain painted ladies can fetch over $6,000. 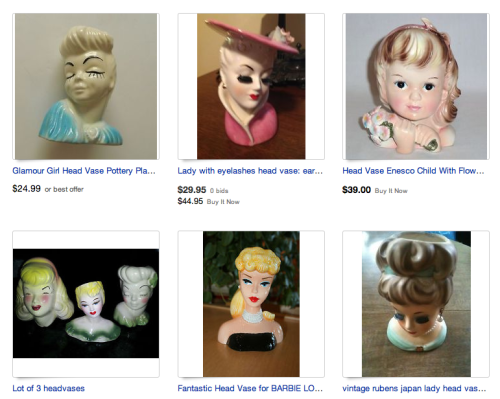 That’s where we found our first gal a few years ago. Her name was Moira (don’t get too attached; this takes a turn for the tragic) and she was, like most head vases, painted to depict her skin tone, hair, eyes and lips. This could explain why head vases haven’t taken off the way so many other midcentury artifacts have: It’s a challenge for a modernist to overlook distracting yellow bangs and cherry lips.

We used Patio Paint to make Moira uniformly gold. And we lived for the sight of daisies and chrysanthemums cropping up from her dome like a happy thought bubble. 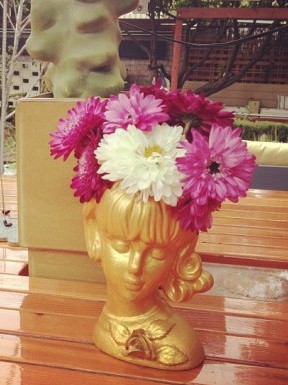 Last month we decided it was time to give Moira a little sister. So we bought a vintage “Glamour Girl” head vase measuring about six inches tall on eBay for about $25, including shipping. Her coy expression and Edwardian ’do won us over. She was mostly white with gold detailing for her lips and dress ruffles. 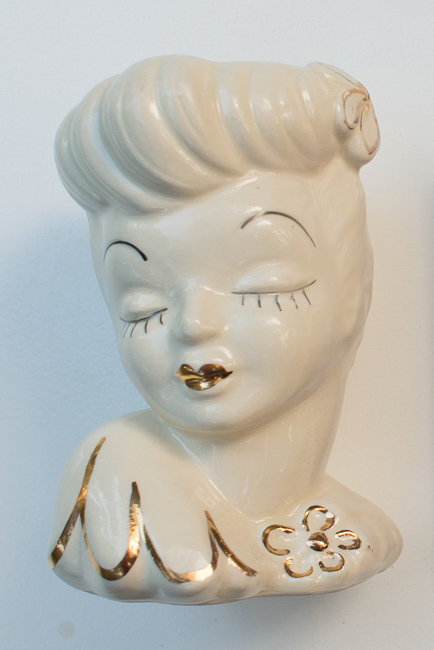 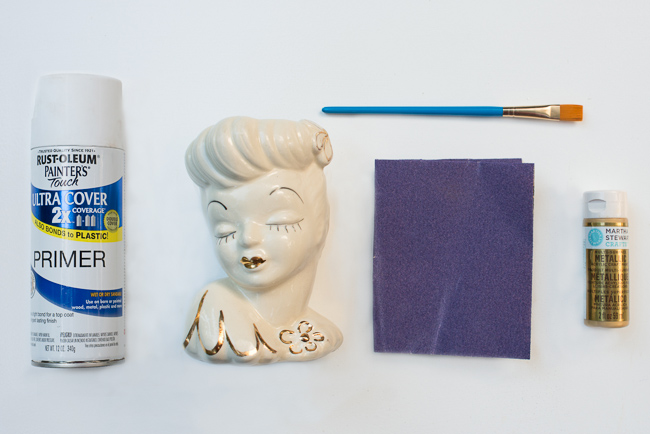 If you’d like to create your own Hollywood Regency-style gold head vase, take these steps…

– 1 head vase (find them on eBay, Ruby Lane or at your local antiques store)

– sandpaper (an abrasive texture is necessary to rough up glazed pottery; we like 100 grit)

Thoroughly sand your head vase until the glossy surface loses its luster and is no longer smooth to the touch. This ensures that the paint will adhere properly and not flake off.

Rinse off grit and dry with a clean cloth.

Spray with a primer.

Paint vase in thin, even layers, allowing it to dry between coats. We applied three thin coats.

Fill your vase with water and arrange your flowers however you fancy it.

Keep scrolling to see how we styled ours… 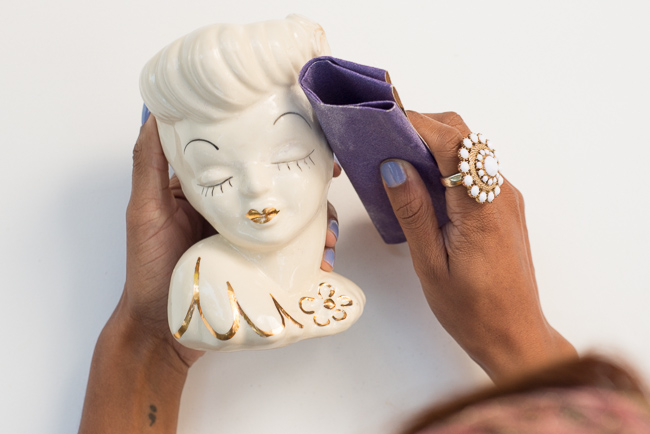 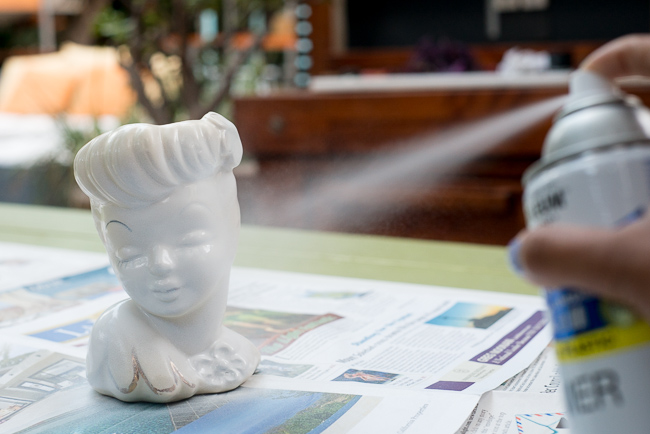 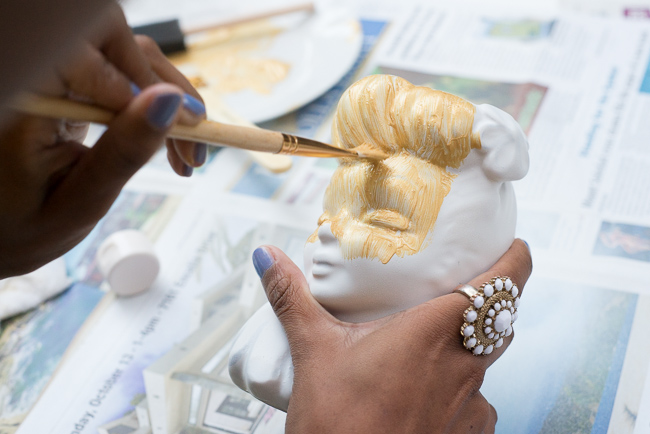 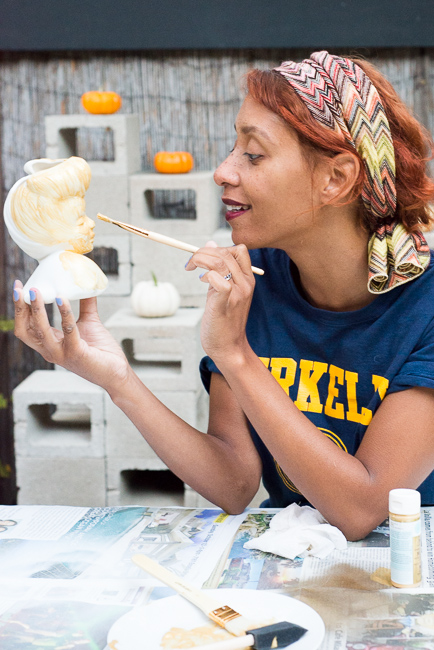 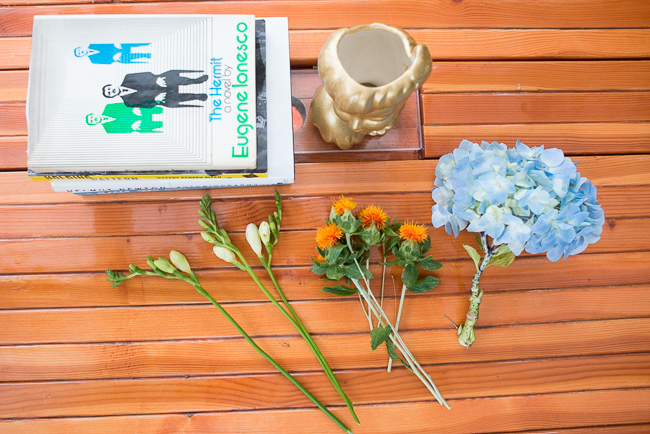 From left, freesia, safflowers and hydrangea. 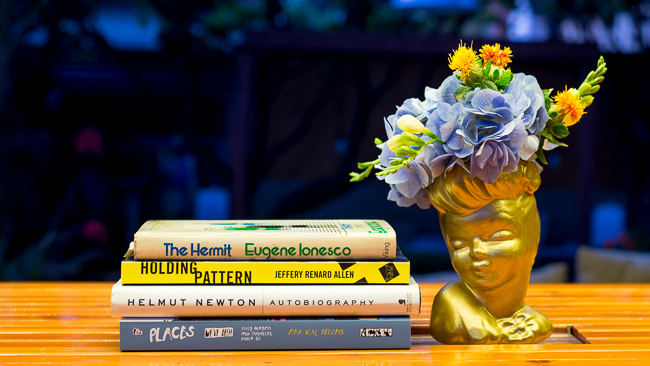 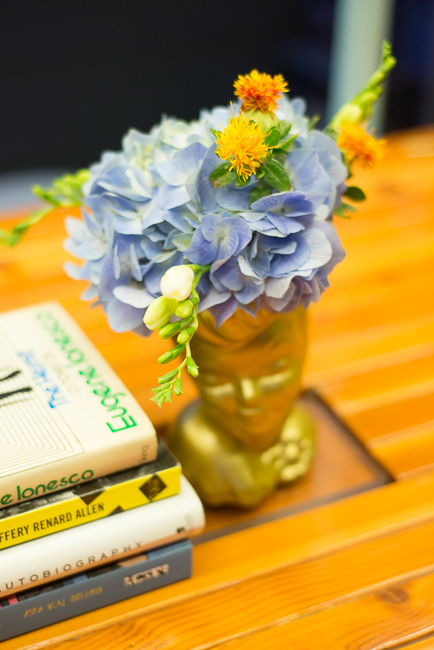 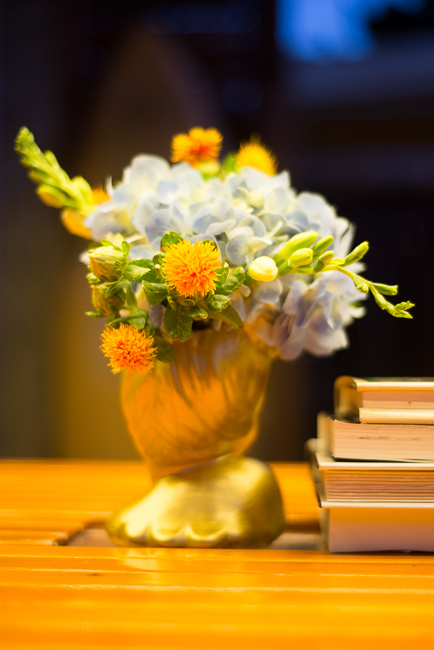 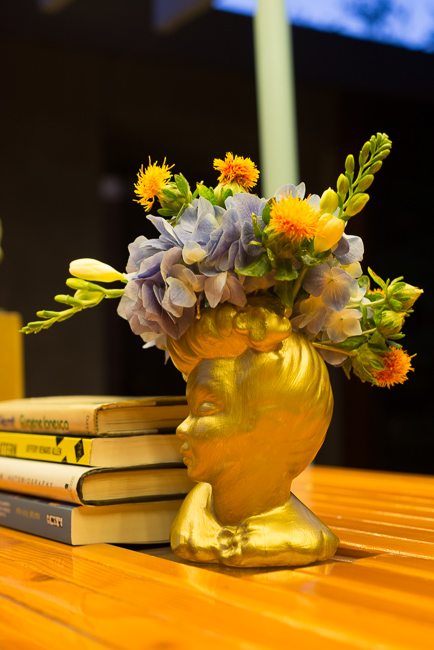 Oh — and did we mention that our first head vase Moira met an untimely end the same night we started painting our second head vase? Eerie. Some(four-legged, fleshy-tailed, red-eyed…)thing knocked her out of her outdoor cubby. Mind you, nothing else was knocked over; this was a targeted strike.

Could it have been the chupacabra? 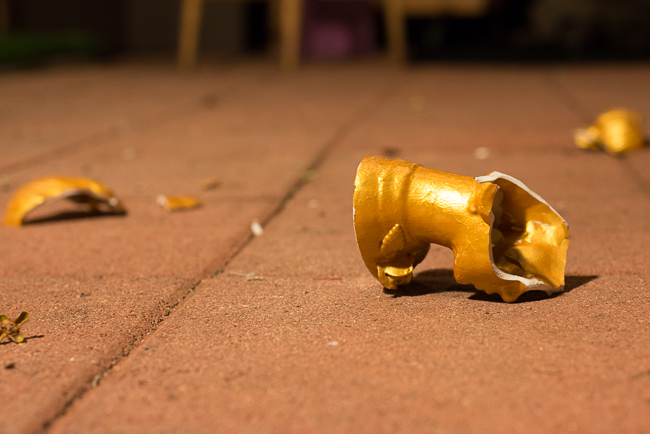 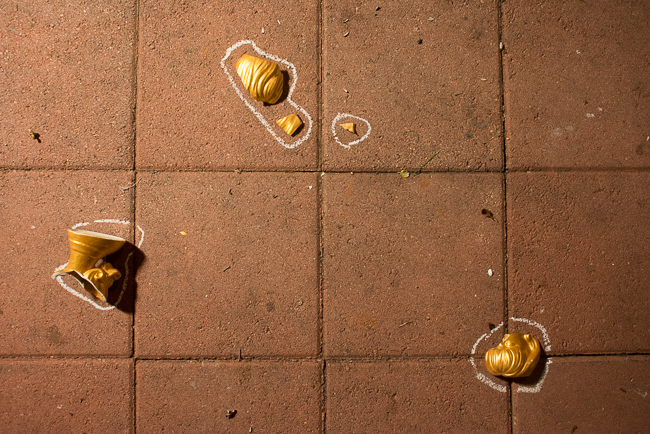 We know Moira will be watching over her little sister from the great big curio cabinet in the sky.