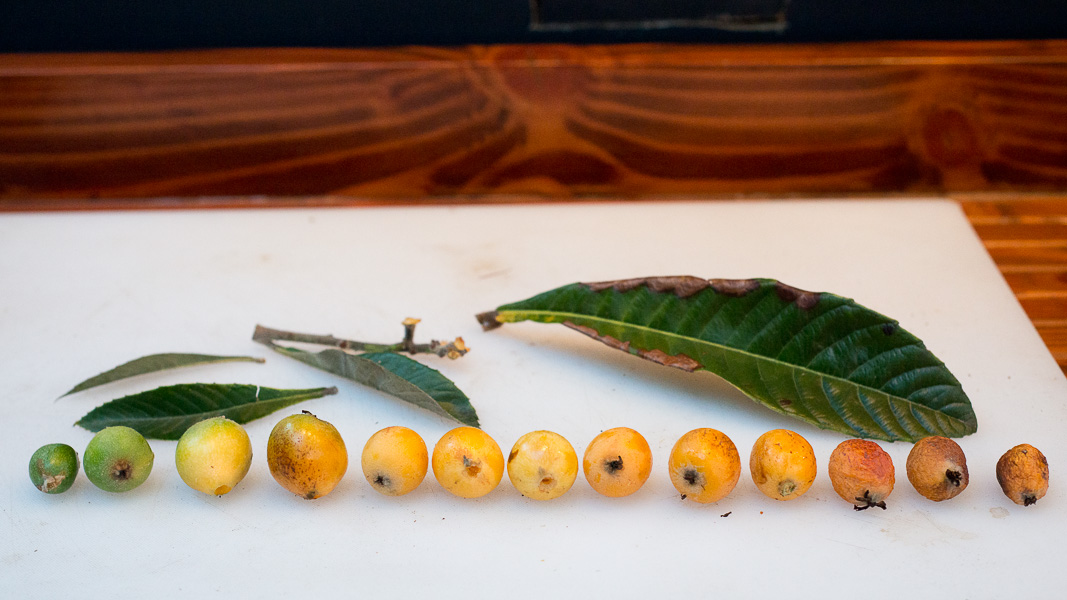 06 May Grow Your Own: How to Make Homemade Loquat Soda

Feeling that Seis de Mayo slump? Yesterday, after one mezcal cocktail too many, we switched to the virgin stuff — and ended up making a loquat soda to restore and steady our souls for the week ahead. Luckily, loquats are abundantly in season right now. 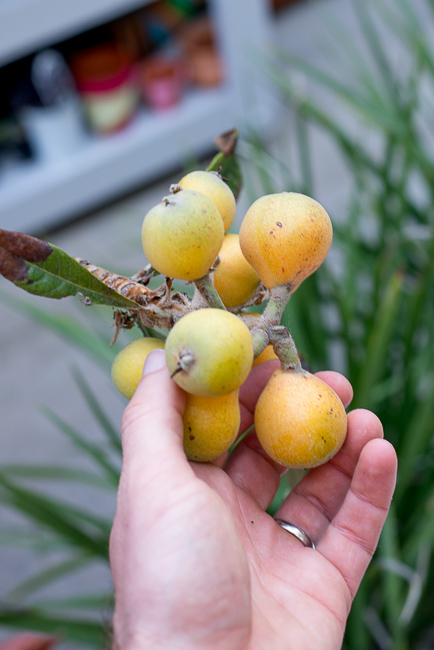 Loquats have firm flesh and a thrilling, jaw-freezing tartness.

The fruits — egg-shaped, walnut-sized, with freckled, dark yellow skin when ripe — hang from the young tree in our yard and from trees all around the neighborhood, including branches that droop over public sidewalks, inviting you to forage them on the fly. 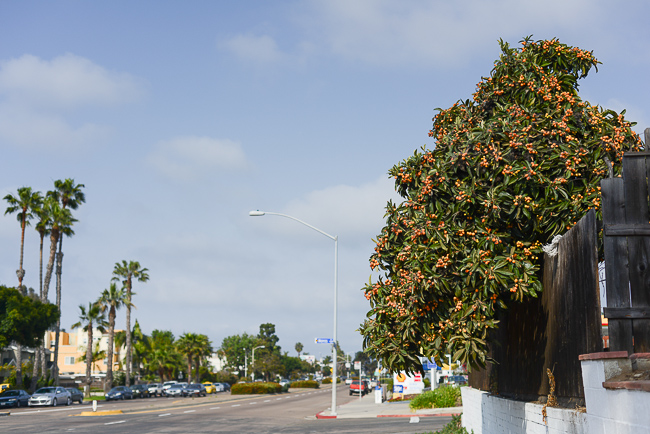 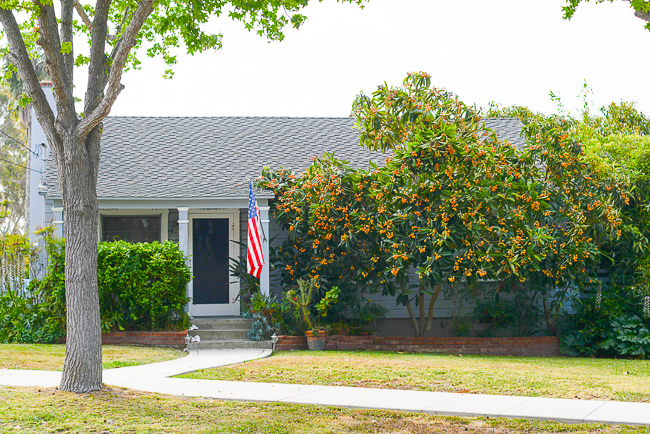 According to an ancient Chinese legend, a carp turned into a dragon after eating a loquat. As a result, common people were forbidden from eating the fruit.

Known officially as Eriobotrya japonica, loquats are native to China and also grow abundantly in Japan. They swell from tiny white flowers that are like catnip for pollinators. In Asia, the fruits are used in cough syrup, and leaves are used to treat skin problems and digestive and respiratory issues.

Loquats are delicious right off the stem; peel them to reveal flesh that tastes tangy, slightly apricot-ish, with the bright sweetness of a very ripe pear. They also remind C of quenepas (which she used to eat on the beach in the Caribbean and also buy at fruit stands during the summer in Manhattan), another juicy gem with purse appeal and a hard center. 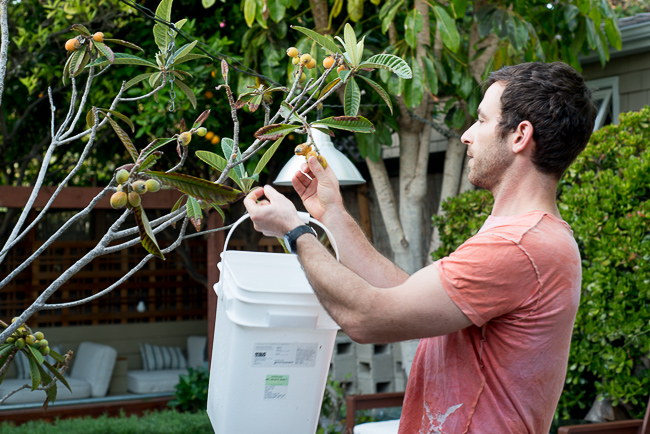 RB plucks some fruit in our yard. 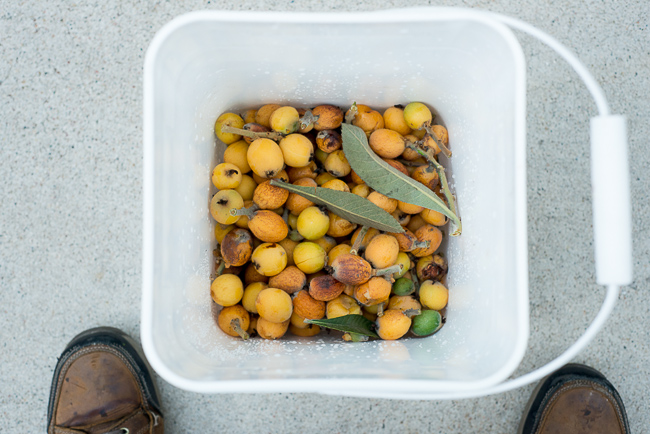 You’ll find loquats of wildly differing ripeness levels on the same branch. Ripeness even varies across the individual fruit; the sides that get the most sun are the sweetest.

We picked some loquats from our tree last week. Then we walked down the street to ask our neighbor if we could harvest some from the woolly branches in his front yard. Maybe he just couldn’t say no to a couple of kids with an eight-foot-tall fruit picker? Who knows. In any case, he gave the okay and we went to town. 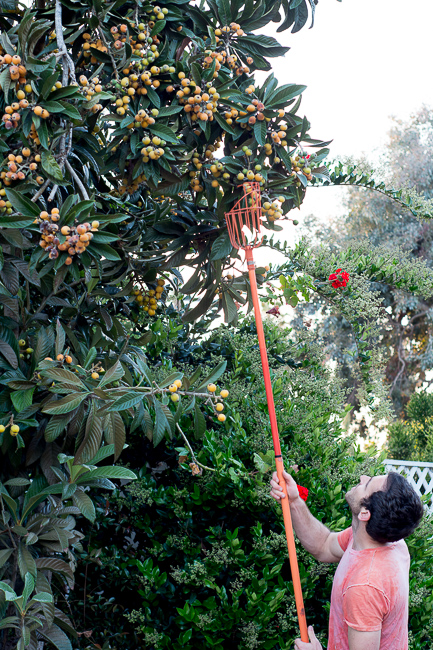 Nearby, this mature tree was a loquat goldmine. 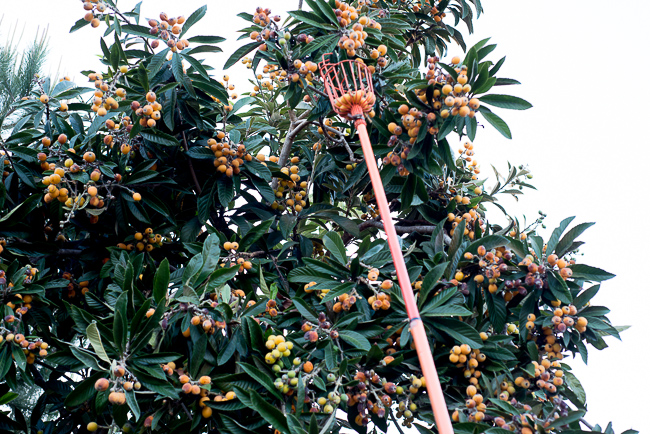 Sidewalk foraging is easier than you think, and a good way to meet the neighbors.

Picking a ripe loquat is tricky because you’re likely to find fruits at five or six different levels of ripeness growing in the same bunch (the featured image at the very top shows the full ripeness spectrum in effect). We took them home and sorted the ripe fruits from the green ones from the squished, shriveled, inedible ones. Finally, we got to work making the loquat syrup that would end up in our soda. 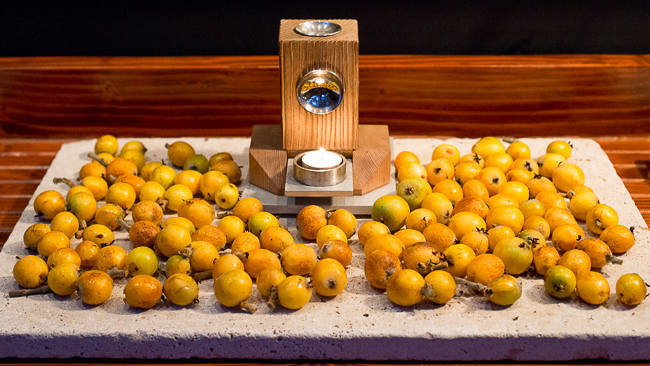 These guys made the cut. 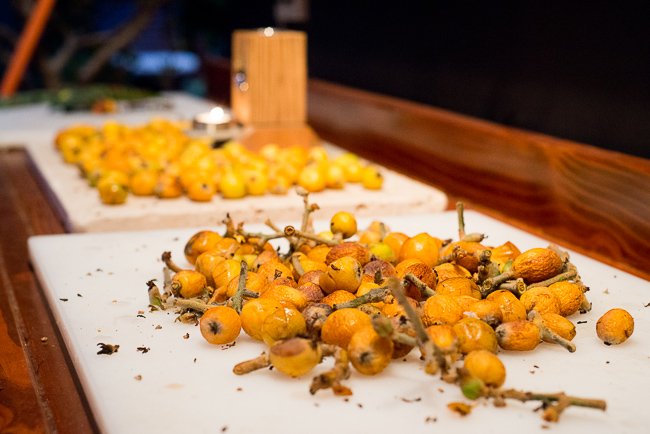 2. Peel about half the fruits, leaving the rest with skins on. 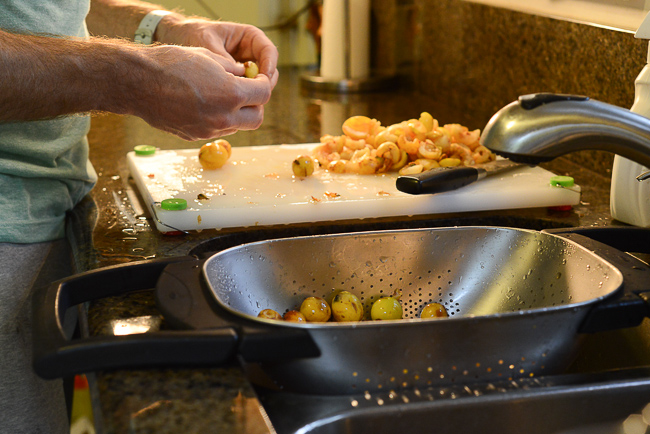 Leaving the skins on some of the fruit will give the syrup (and the soda) an extra tanginess. 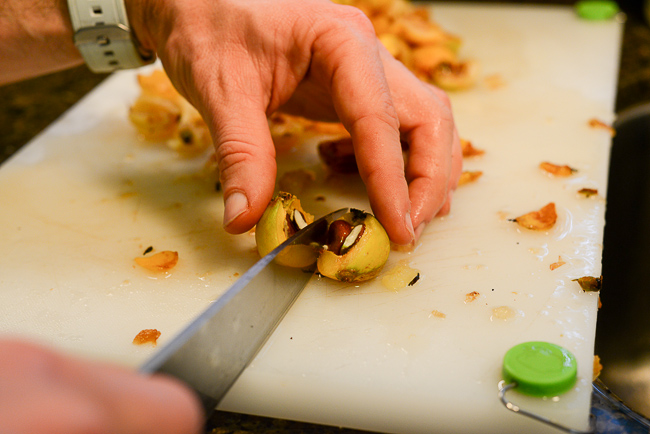 Steer clear of the seeds inside, which contain trace amounts of arsenic! Besides that, you’ll be fine. 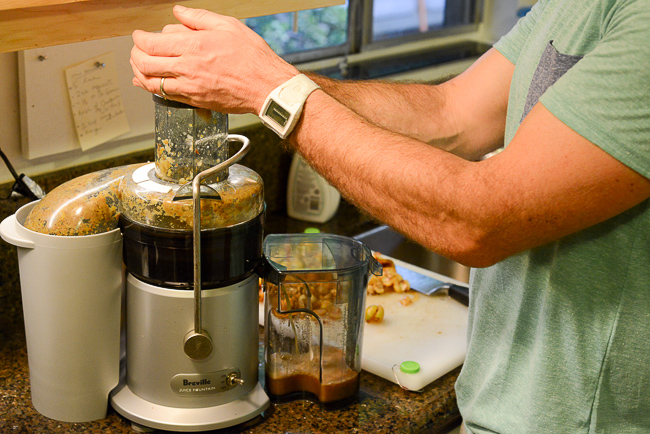 For a radiant, golden syrup, pick loquats in the almost-ripe to just-ripe section of the spectrum.

6. Allow syrup to cool, and refrigerate.

7. Pour 2 teaspoons syrup into an 8-ounce glass, and top with sparkling water.

8. Garnish with a mint sprig. 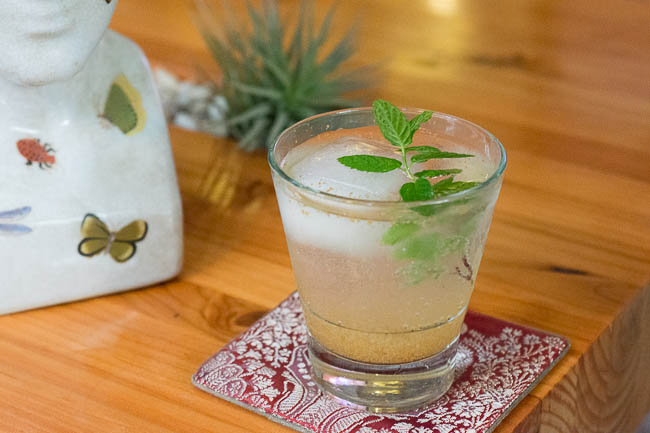