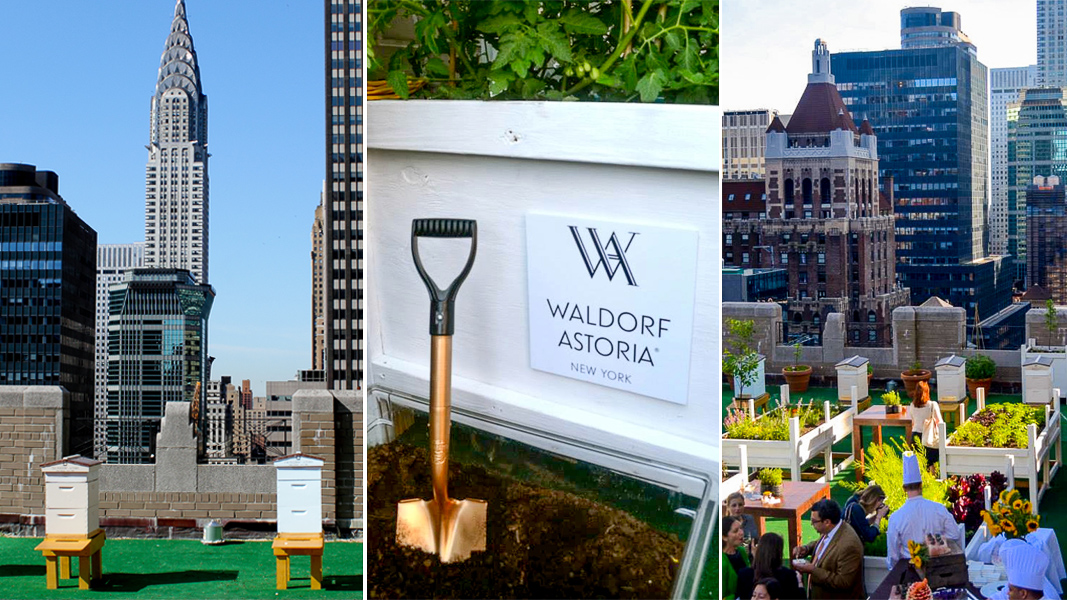 Earlier this month, the famed Waldorf Astoria in New York officially launched its rooftop garden, a dreamscape of tomatoes, eight-ball squash, fig and apple trees, carrots, hops, lavender, alpine strawberries, edible flowers and eight varieties of basil. The raised beds and containers are located al fresco on the 20th floor, where the plants thrive against a crisp view of the Chrysler building.

The Waldorf got into the farming biz last year, actually, when it installed six beehives on its roof; today, its Top of the Waldorf Rooftop Honey is being served in the hotel’s three dining rooms. Now the menus (including the one at the spa) have begun to incorporate the property’s mile-high ingredients.

None other than Project Runway‘s Tim Gunn was there for the garden’s unveiling, at a soiree that included the planting of the rooftop’s final tree for the MillionTreesNYC initiative, lush sunflower centerpieces, and bites like petit burrata with rooftop basil, and Peruvian potato with caviar and rooftop dill. (Gotham magazine has the full post-party download here.) Visitors can experience the garden during the hotel’s Historic Tour, offered every Thursday and Saturday. 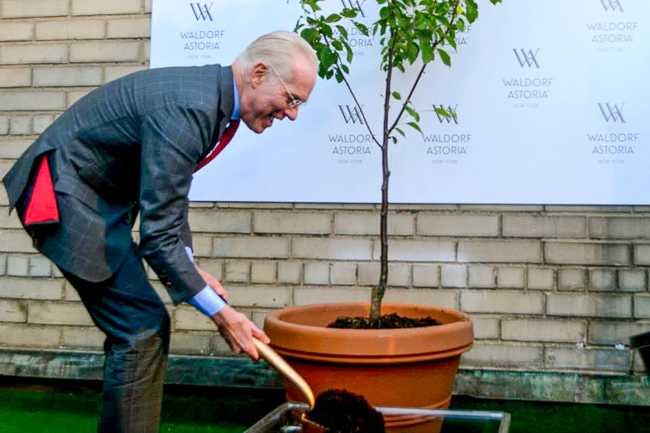 Tim Gunn plants the final rooftop tree as a part of the MillionTreesNYC initiative, whose goal is to plant and tend one million trees citywide by 2017. 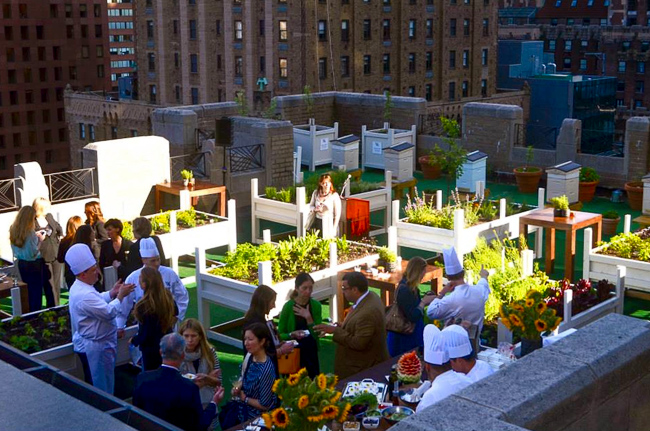 Executive chef David Garcelon oversees the space in collaboration with the Horticultural Society of New York. We checked in with Chef to get the inside scoop on his outside space. He was nice enough to A our Qs via email, covering everything from his new garden soups to the fruit he can’t resist eating en route to the kitchen.

How is the rooftop garden inspiring you at the moment?

We planted really early (too early, probably) in late March, but we got away with it, and our garden is really thriving right now. All of the eight varieties of tomatoes have fruit, we have strawberries — although not ripe yet — and we have already harvested carrots. We also have shallots that were planted last year and the have flowering scapes now. I have made pesto with garlic scapes before, and I am going to try with shallots scapes next week.

What are some recent dishes you’ve made with Waldorf’s rooftop produce?

How did you decide what crops to grow?

It was really in consultation with our partner George Pisegna, Director of Horticulture at the Horticultural Society of New York. It was a matter of asking what we could grow and George telling us what would work. George also introduced some varieties that he thought would be interesting. At the end of the season, we will discuss what worked and what didn’t, and start to plan for next season.

How would you describe the experience of walking through the rooftop garden?

Well, it is really great to go up there every day, sometimes several times a day, and get out of our windowless kitchen and into the sunshine. As you walk around, there is always something new, and as chefs we immediately start to think of how we can use [it] on our menus.

What ingredients are you looking forward to harvesting in upcoming months?

Strawberries! What is better than a ripe strawberry just picked? The problem is, we end up eating them before they make it down to our kitchens!

At the Waldorf and beyond, why do you think we’re becoming more proactive about growing our own ingredients?

I think in general our society is becoming more knowledgeable about food and the importance of fresh ingredients, and in addition is conscious of the carbon footprint of our food decisions. [Also], the benefit of having plants growing in our cities.

What’s been the biggest surprise?

The biggest surprise for me this year is how our bees really seem to be thriving. I knew that the expanded garden would have an impact but it really seems to be much more significant than I expected. All six hives are very strong already. 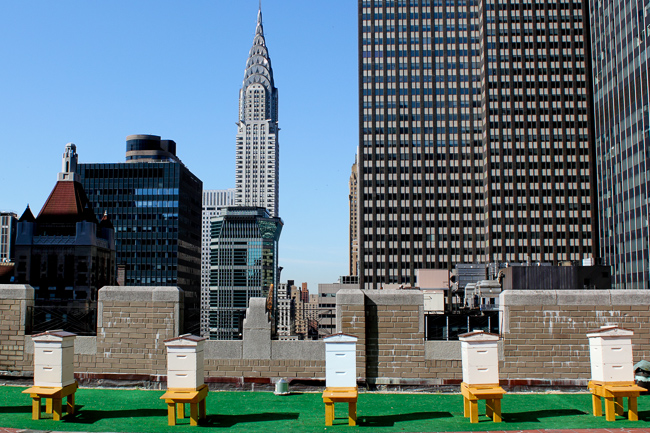 The on-site hives produce Top of the Waldorf Rooftop Honey.