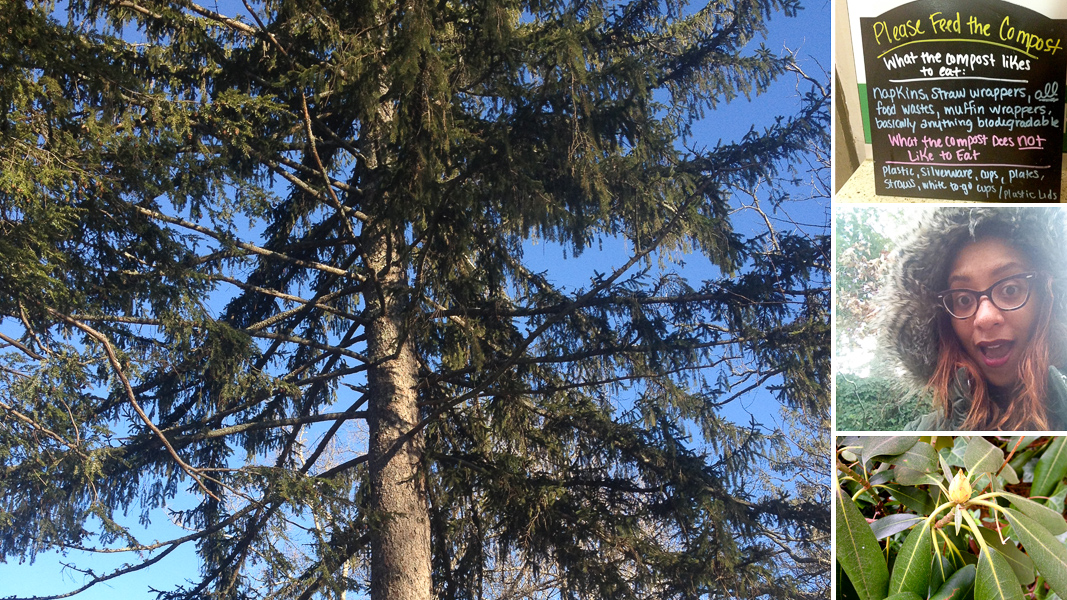 14 Jan Into the Wild: Embarking on a New Literary Adventure

It’s official: One half of this blog is going back to school. I’ve just started my first semester of the MFA program at Warren Wilson College just outside Asheville, NC. A mountain town with a full-bodied musical presence, Asheville boasts an interesting roster of residents that have included Gladys Knight, Tom Wolfe, Zelda Fitzgerald, Roberta Flack and Steve Martin. 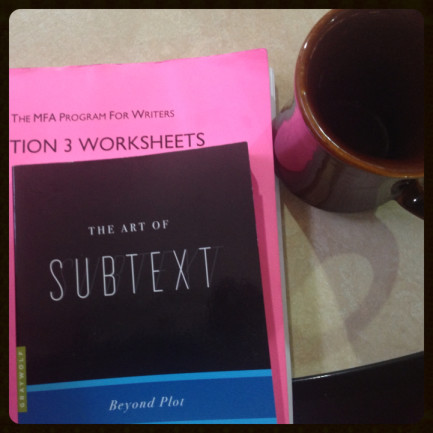 And no, we aren’t leaving behind our California or our cacti! In this low-residency program, students spend 10 days each semester attending classes, workshops and dazzling lectures on campus. (Many lectures are available for download right here.) And then afterhours, we mingle — there are public readings, there are opportunities to drink Syrah while shimmying to Prince. After the residencies, each student works remotely and one on one with a faculty member; the ultimate goal is to move forward creatively with one’s poetry and/or prose.

The students, staff and faculty are extraordinary. Eleven days ago, I arrived in Asheville with a bunch of books and a spare pillow; today, I feel like I’ve gained an extended family of the most brilliant, funny, generous artists.

We did experience, as they say in those parts, some weather: snow accompanied a wind chill of 20 degrees below zero, followed by sunshine and highs in the mid-50s. (In fact, a power outage on campus resulted in everyone getting relocated to a hotel run by the YMCA, at which drinking is forbidden. So there was a lot of sneaking in of packages and sneaking out of trash. You can’t make this stuff up. Well, I guess you can — which is why we’re all getting MFAs, right?!) 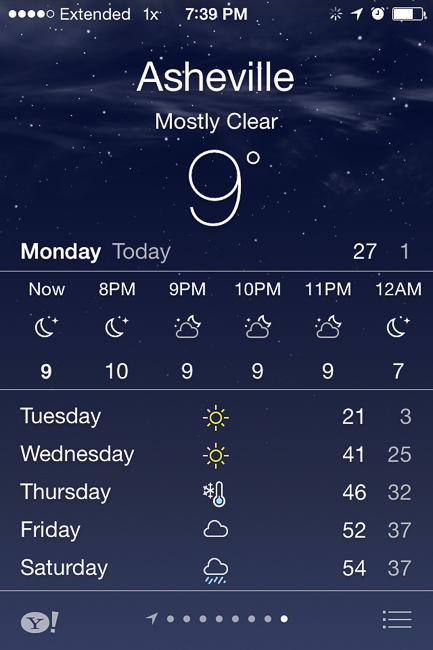 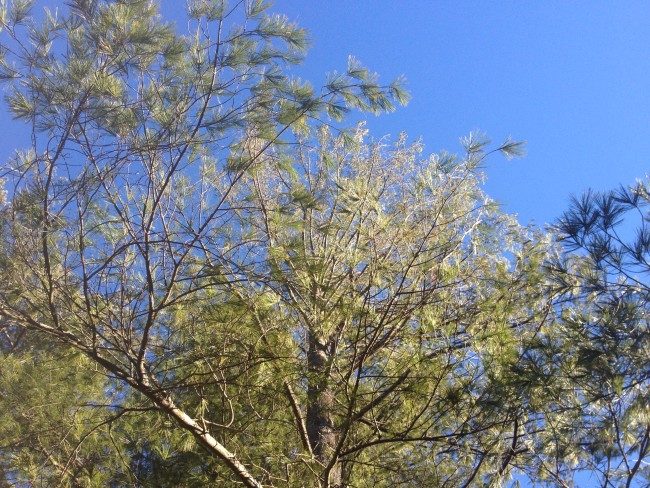 Speaking of spruce-ing things up.

I also enjoyed shuffling between the impressive conifers this region is known for, including the eastern white pine (Pinus strobus), eastern hemlock (Tsuga canadensis) and Norway spruce (Picea abies). Also evergreen were the persistent rhododendrons (aka the “King of Shrubs”), whose leaves and leaf buds flourish against embankments blanketed in ivy. They bravely shouldered last week’s snow. 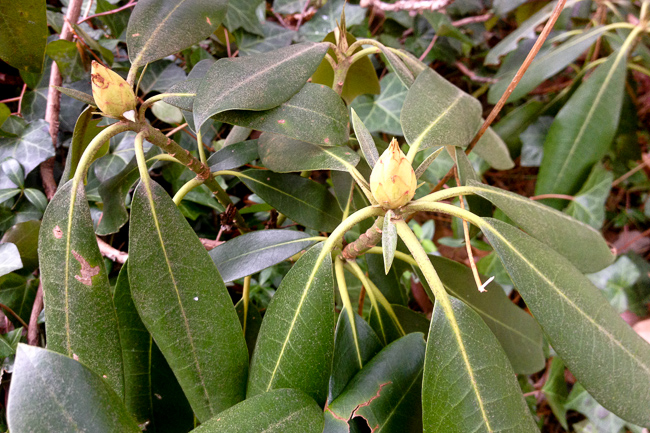 The rhododendrons all over campus are no worse for wear. 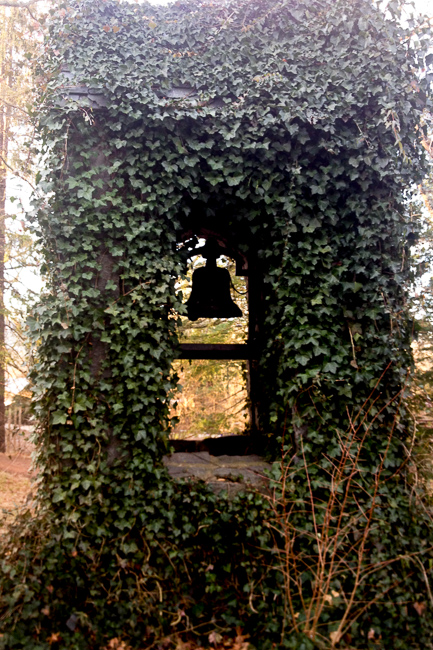 Ivy covers the bell tower. Update: WWC alumna Kelli J. Christenson tells me that the denuded shrub below it is Toxicodendron pubescens, none other than Atlantic poison oak!

Popular deciduous trees here include the flowering dogwood (Cornus florida), tulip tree (Liriodendron tulipifera) and sourwood (Oxydendrum arboreum), which are of course all denuded; all the better to take in the expansive mountain views. The cafeteria has a composting program in effect. The campus also has a working farm.

I tried to capture a few moments on my iPhone. 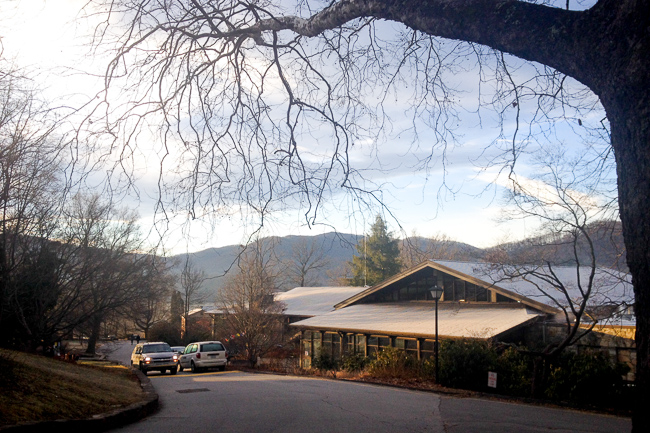 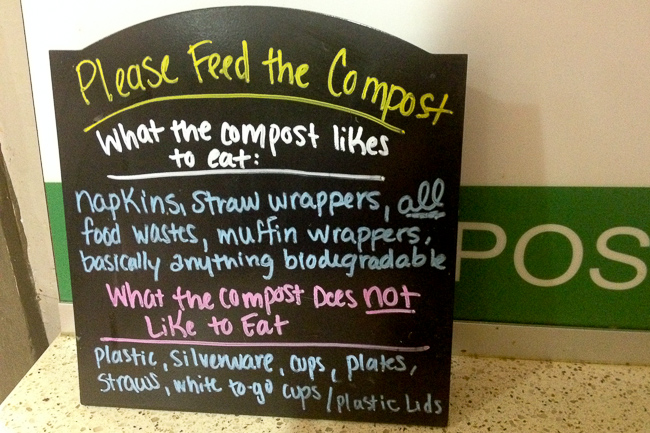 I’m headed into the forest in more ways than one. My bibliography for the semester is a long one, but here are the 10 books I’m especially looking forward to reading/re-reading:

2. The Lone Ranger and Tonto Fistfight in Heaven by Sherman Alexie (plus his short story, “What You Pawn I Will Redeem,” published in The New Yorker.)

3. Dubliners by James Joyce (“The Dead” in particular)

5. The Goldfinch by Donna Tartt (yesterday announced as a finalist for the National Book Critics Circle awards for 2013) 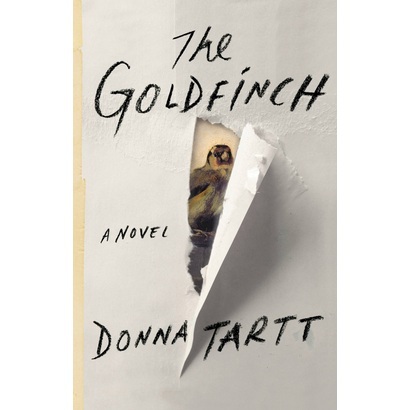 6. Elect Mr. Robinson for a Better World by Donald Antrim

7. Mrs Caliban and Other Stories by Rachel Ingalls

8. The essay “Harlem Is Nowhere” by Ralph Ellison

10. Before You Suffocate Your Own Fool Self by Danielle Evans

So that is what I’ve been up to — which explains the light posting last week, and the earlier mornings and escalating amounts of coffee that are in store… —TH 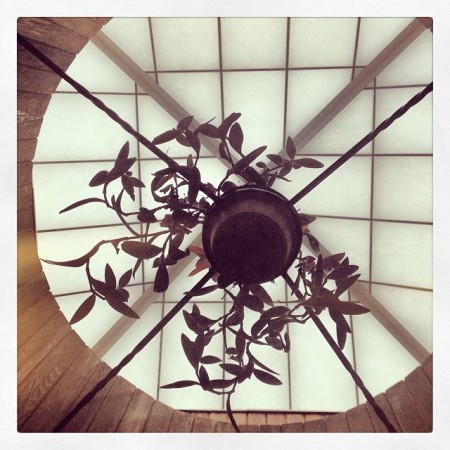 Outside a lecture hall, a houseplant basks in a skylight. 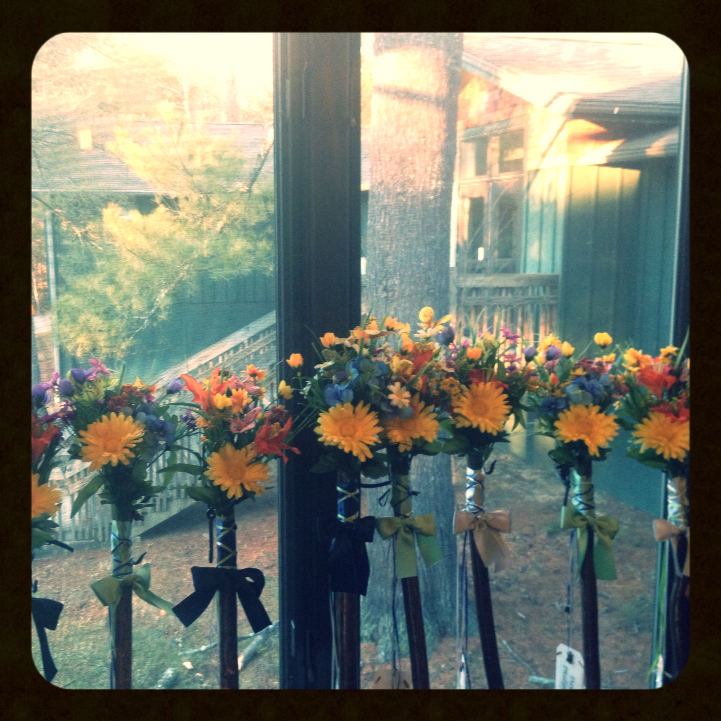