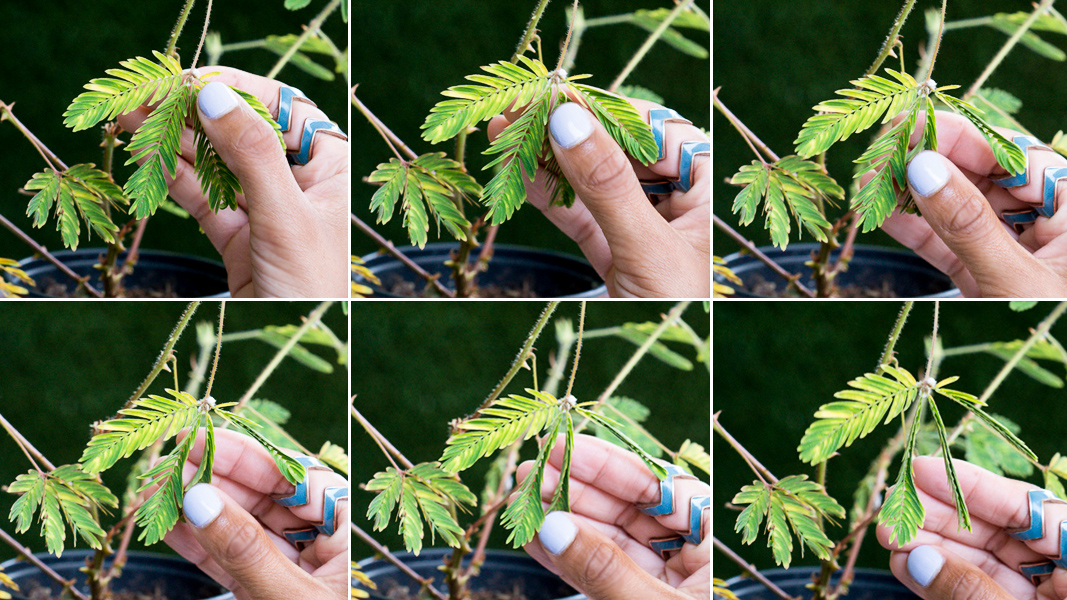 16 Sep Inward Bound: The Rapid-Fire Movements of Mimosa Pudica, aka the Touch-Me-Not Plant

Last weekend during our fruitful trip to LA, we took a trip to Sawtelle Boulevard landmark Yamaguchi Bonsai Nursery, where we picked up a potted Mimosa pudica, a scraggly plant with a huge talent, for $3.99. Its common names include sensitive plant, touch-me-not plant and moriviví because its leaflets fold inward when disturbed. 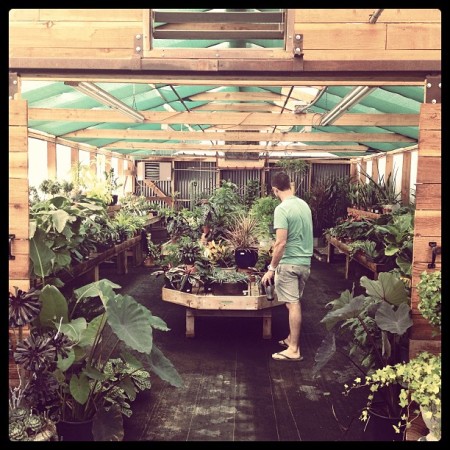 The greenhouse at Yamaguchi Bonsai Nursery in LA.

That’s right: When you poke one of its bipinnately compound leaves, the leaflets peel in toward the center like a feather dance in a chorus line. The movement is mesmerizing:

Distinct from the gradual calisthenics some plants (like daisies) do during the day according to the sun’s position, the “rapid plant movement” of the sensitive plant is the same mechanism that snaps into action whenever a Venus flytrap catches its prey. (According to Sir Wiki, the white mulberry tree’s flower shoots off pollen at half the speed of sound.) Charles Darwin wrote all about rapid plant movement in his final book, The Power of Movement in Plants, which he coauthored with his botany expert son Francis.

What’s novelty to us is, for the moriviví, a response that might have evolved as a survival tactic. According to Kew Botanic Gardens, “This rapid plant movement is thought to act as a defence against herbivores, which may be deterred by the dramatic response, or if they are small, may be dislodged as the leaves collapse.”

Touch-me-not and shy plant (pudica means “shy” in Latin) are other common names. The herb’s on-demand wilting is caused by water vacating the plant’s pulvinus cells at the base of each leaflet, which happens in response to a change in potassium levels, which happens in response to the electrical signal caused by our curious little fingers. The leaves reopen within a few minutes (unless it’s nighttime, when they’re shut tight), and its stems grow the occasional spike for any fauna that can’t take a hint. The day after we got it, our plant sent out one of its pinkish, globose flowers.

Moriviví prefers shady areas and grows all over Puerto Rico, the Dominican Republic and the Virgin Islands, where C lived briefly as a kid. For our first-ever video on Instagram, we posted the M. pudica in action last week. The response was enthusiastic and enlightening; one friend in South Africa mentioned a native plant called Kruitjie-roer-my-nie, which uncorks an unpleasant odor whenever someone or something brushes past. Another commenter said she’d played with moriviví throughout her childhood. 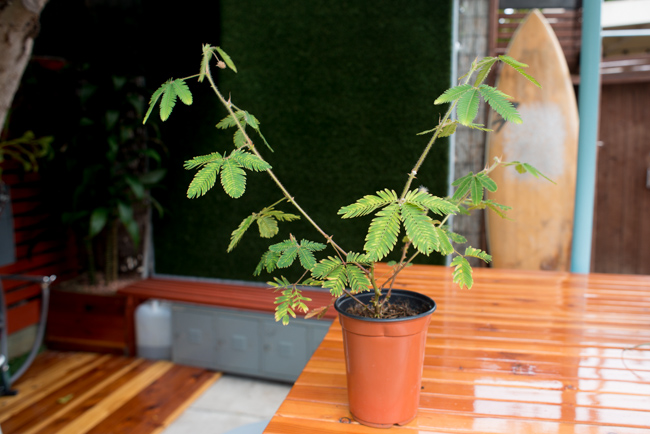 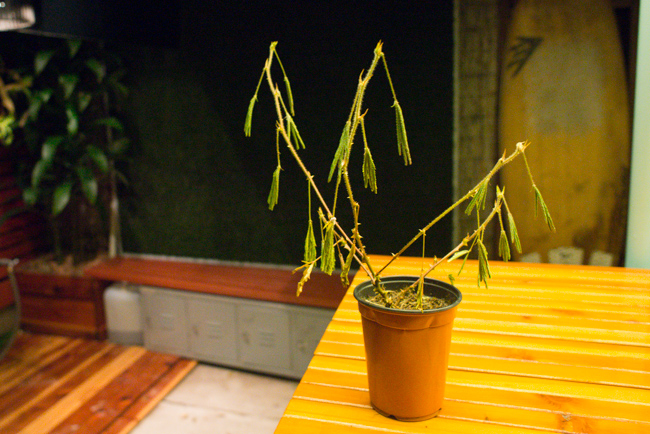 “Poor guy might end up as a centerpiece at our next cocktail party,” we said.

Somebody call plant protective services! We can’t help it — as soon as we get home from work, we head straight to our M. pudica for some therapeutic leaf tickling.

This plant is no shrinking violet — it’s dramatic, assertive and irresistible. And it knows how to make a graceful exit. —TH

See what else is unfolding with Mimosa pudica plants around the world inside our Community Garden!