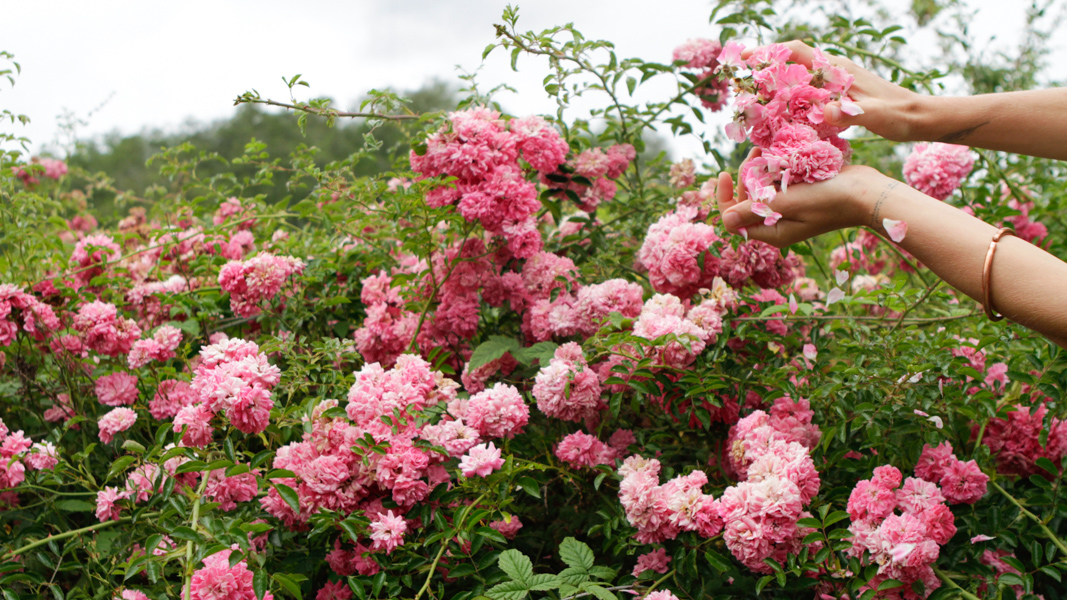 A little soil can change everything.

“Ask anyone who knew me in my early twenties if they could have imaged I’d grow up to be a champion of the great outdoors,” writes Celestine Maddy in the introduction to A Wilder Life. “Not one would say yes. I have a feeling a few would laugh.”

Call it a natural progression. That’s what happens when, years later, you move in with your then-boyfriend, now-husband into a brownstone in Brooklyn with “a big, empty backyard.” Hostas and toad lilies went in. Some plants withered, some were waterlogged out of existence. But the space became a haven for Celestine. And before you can say “Aloe verox,” she founded cult magazine Wilder Quarterly, in which readers (city dwellers in particular!) learned about vermiculture basics, the mythology of the persimmon, and how to harvest prickly pear cactus, a surprising East Coast native. 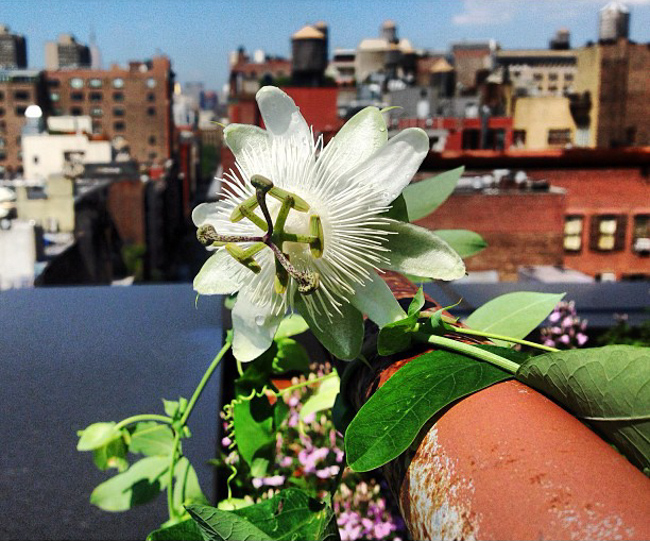 Check out Wilder Quarterly’s Instagram feed, where your might find a white Passiflora caerulea flexing on a rooftop in NYC. Celestine’s now living in Berkeley; we can’t wait to see how she digs the West Coast! 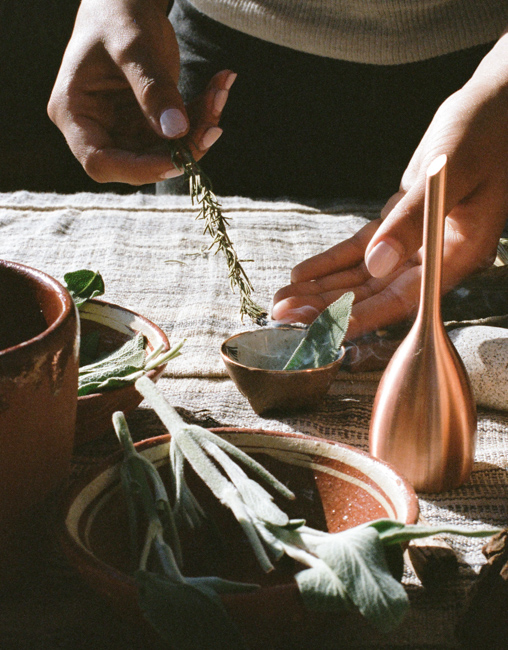 From ‘A Wilder Life’: An introduction to plant-based ceremonies. (Photo: Claire Cottrell)

Now Wilder has branched out into book form. Published by Artisan Books, A Wilder Life by Celestine Maddy with Abbye Churchill hit shelves last month. This almanac takes you through four seasons of “getting in touch with nature”—including seasonal growing checklists (e.g. when to start seeds and divide perennials), plant profiles (like the winter-warming Peruvian queen), and recipes (“kimchi at home”). Anyone inclined to DIYs will love projects ranging from planting a native garden to making your own dry shampoo to gardening with kokedama and macrame. 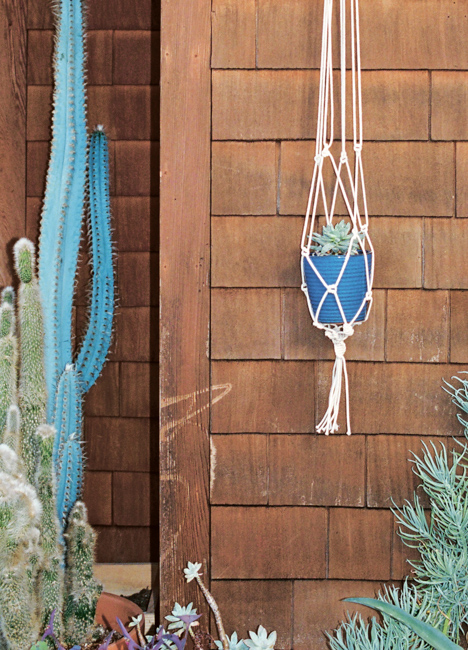 A macrame plant hanger after our own hearts. (Photo: Claire Cottrell)

A winner of a Cannes Lion award and named one of Fast Company’s Most Creative People in Business in 2012, Celestine now lives in Berkeley. (She also works as Reddit’s VP of marketing.) By email, we caught up with Celestine, who chats about her come-to-nature moment, what inspired the book, and the future of her beloved mag Wilder Quarterly. 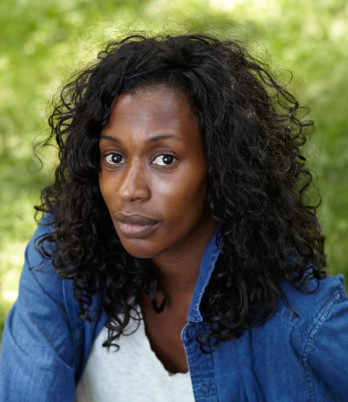 What inspired you to launch Wilder Quarterly, and to eventually write A Wilder Life?

Before Wilder, the closest I had come to communing with nature was sneaking cigarettes in my mother’s garden as a teenager. But in 2011, when I discovered my love of dirt and grass and growing in a Brooklyn backyard, I began desperately looking for magazines, TV shows, books, and comics that spoke to me. Everything seemed tailored for someone else: amateur horticulturalists or someone with multiple acres of property. I was looking to learn how to grow stuff, but I also wanted connection to a larger culture and to be inspired by others messing around with nature in contemporary ways. I started Wilder Quarterly to document that intersection.

Celestine put the quarterly magazine on hold while writing the book. 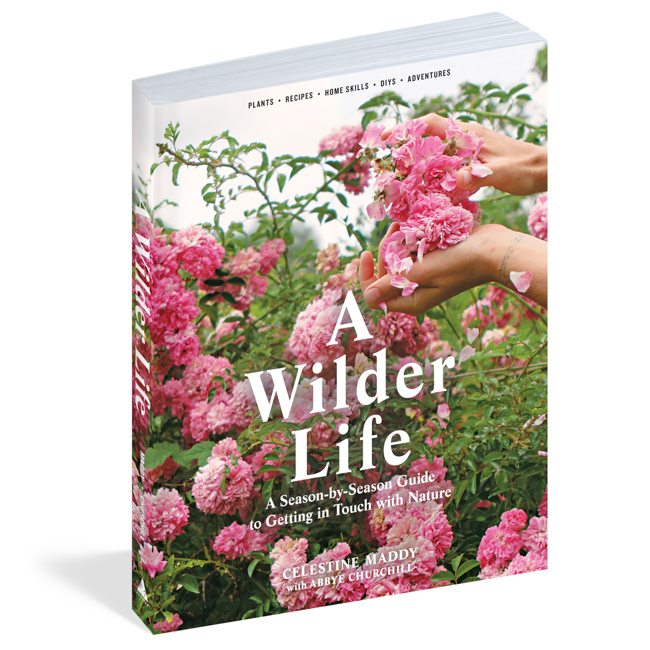 What surprised you during the writing of your book?

Producing a magazine is intense and fast, but writing a book is a lingering, elongated process that goes really deep. I love the Wilder team and was amazed by how close you get to people who are working on a long-term project like a book. The book was written with Abbye Churchill, Wilder’s editor and a true renaissance woman, along with Molly Marquand, Wilder’s longtime horticultural editor and homesteading expert.

Did you grow up among plants? How did you come to gardening as an adult?

My mother was and is a serious gardener. She always grows the equivalent of a modern-day victory garden. As an adult, I stumbled across gardening when moved into the Brooklyn brownstone of my then-boyfriend, now-husband and discovered a big, empty backyard. It was begging for life.

What do you grow right now?

It is the dead of winter right now on the East Coast, so I’m just tending to a copious amount of houseplants, but I’m moving to Berkeley, California, in a few weeks. I am looking forward to a new climate, new plants, flowers, and ideas.

All of the projects! Everyone asks us, “How do you…?” This books answers all of those questions we have gotten over the years. A Wilder Life is a book you reference when you miss nature. It’s the perfect gateway to get your hands dirty and to make something. 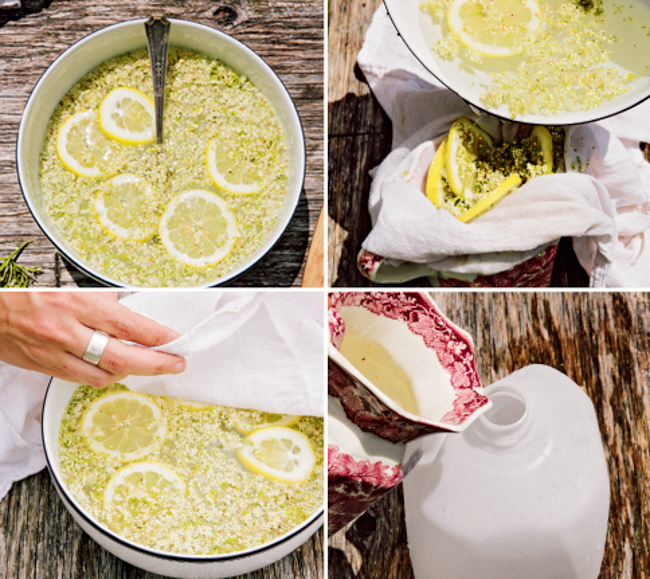 Making elderflower champagne. This recipe is on our list for the next garden party. (Photo: Yossi Arefi)

What’s next for you?

People are really sad the magazine has been put on hiatus, but we couldn’t make the book and the magazine at the same time. Wilder is still a passion project that we make together because we love it and we love nature. We all still have day jobs. I can’t predict what the future holds for Wilder. Another book? A school? A land trust? We’re open to anything.