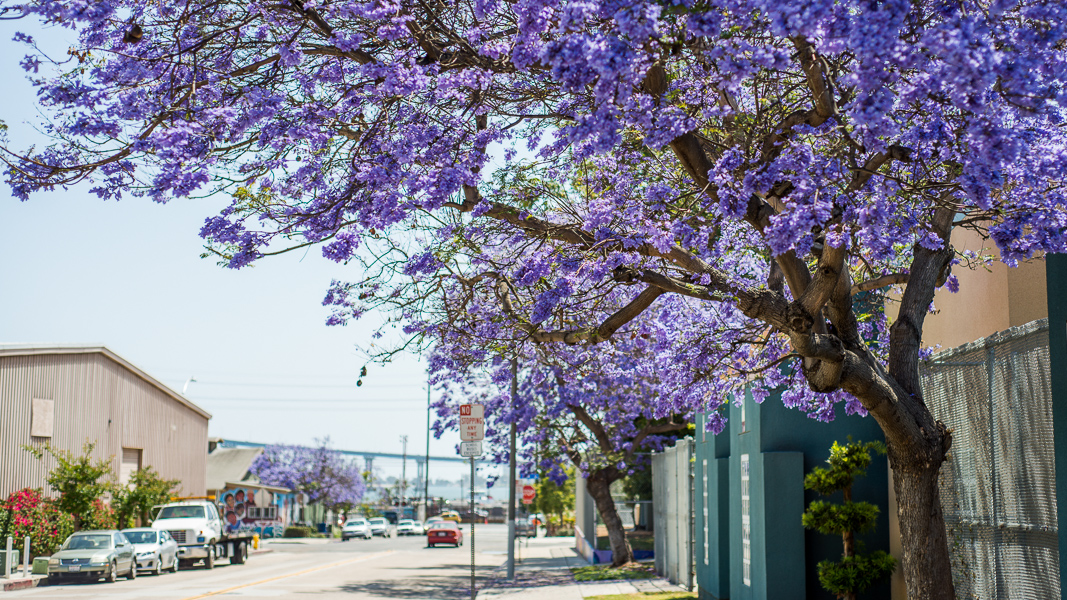 May Gray and its glum sis, June Gloom, have descended on the coast in all their steely glory.

Don’t let them win! Luckily, there’s an antidote; legions of Jacaranda mimosifolia trees are lighting up our city’s skies and streets with their purple blooms. Maybe it’s just us, but we feel like this species delivers two dueling sensations: On the one hand, its brave, colorful streaks can help turn around almost any dumpy, overcast day. On the other, when you follow a jacaranda’s smooth gray branches up into its canopy, its icy bluish flowers do make your scalp freeze over a little bit. It’s the kind of tree you feel nostalgic for even when you’re standing right in front of it. 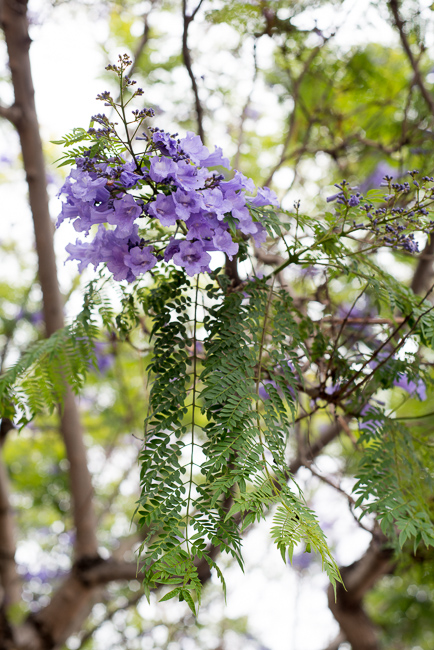 Many gardeners believe that overwatering causes leaves to appear before the flowers. So it’s especially strange to see a leafy jacaranda right next to a defoliated one…

They’re common in South America and the Caribbean. (The name comes from the indigenous Guaraní word for “fragrant.”) Famed horticulturist Kate Sessions brought jacarandas to our area in the early 20th century; today they’re the official urban flower of San Diego. They can be found dropping their purple bell-shaped flowers on sidewalks from Barrio Logan to Balboa Park to the Getty Center in LA.

A late-spring bloomer, the jacaranda likes cobbly, dry soil, and can tolerate drought conditions. Its shallow root structure makes it a favorite of urban planners looking for trees that won’t buckle pavement. Ideally, flowers bloom before the leaves appear; it’s believed that premature foliage is a sign of overwatering.

Wanna bathe in the purple rain? On Hillquest you’ll find a mapped-out “Jacaranda Walk” of notable trees in and around Balboa Park.

See Jacaranda mimosifolia (blue jacaranda) around the world in the community garden.

And here are some shots that we took around town: 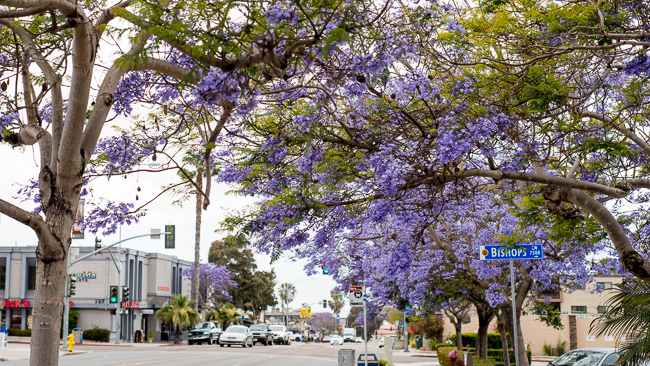 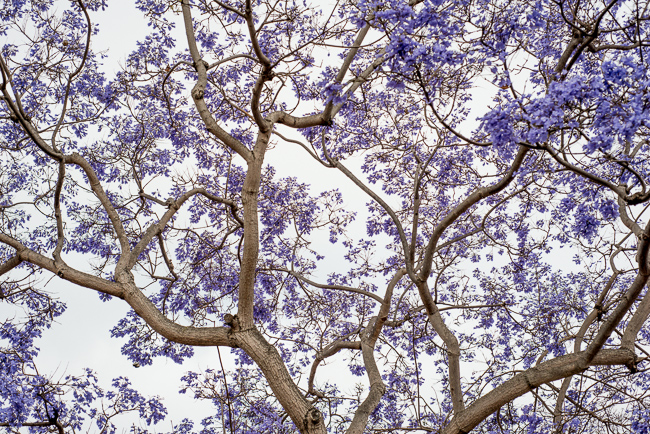 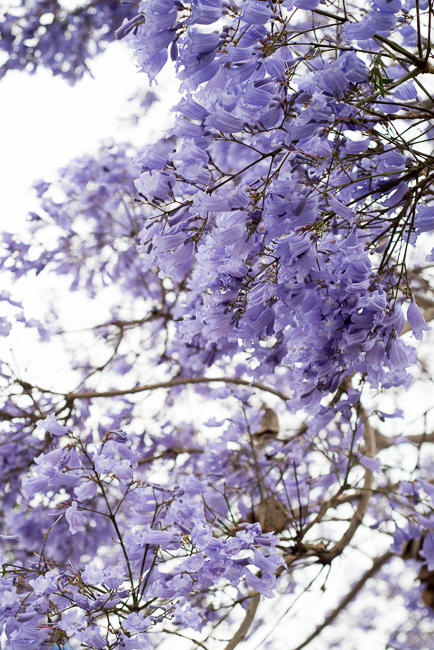 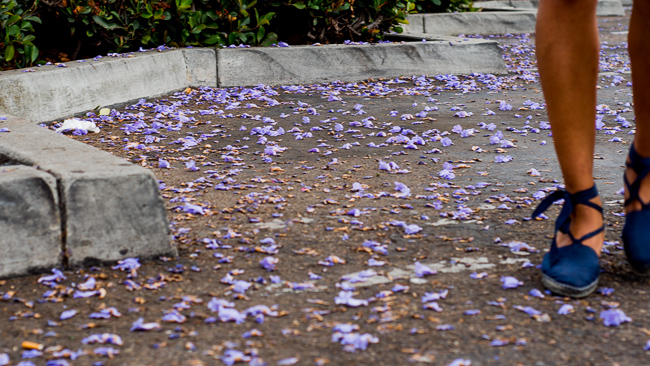 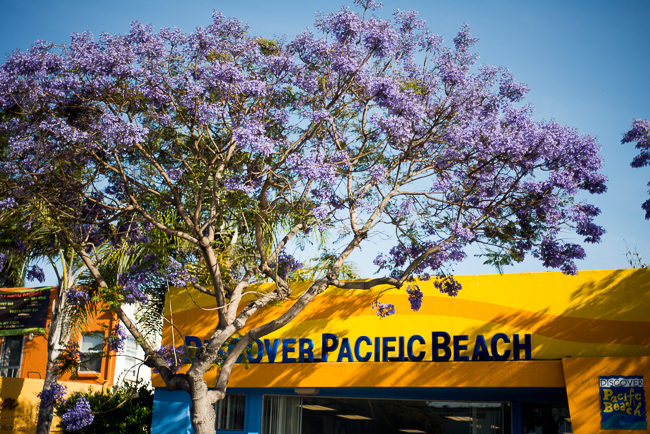 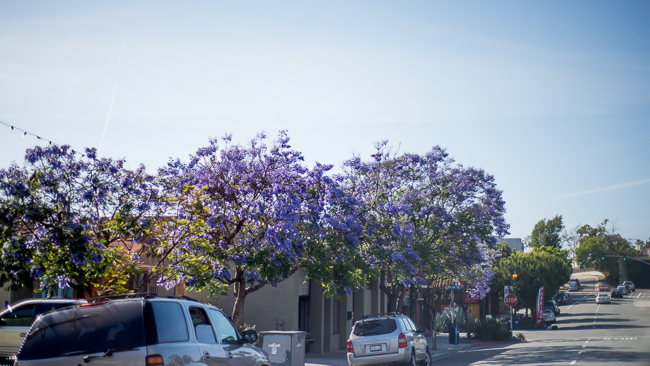 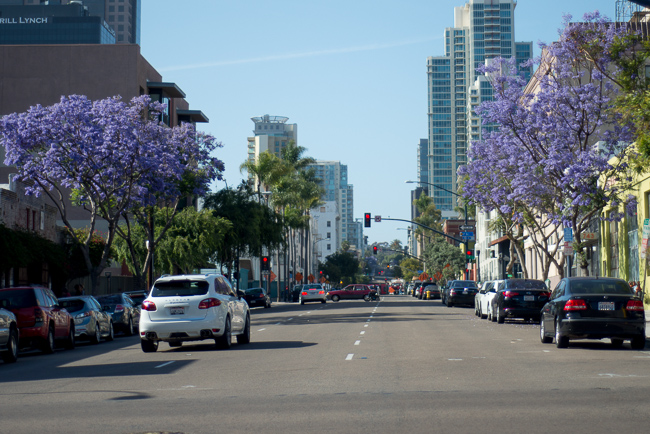 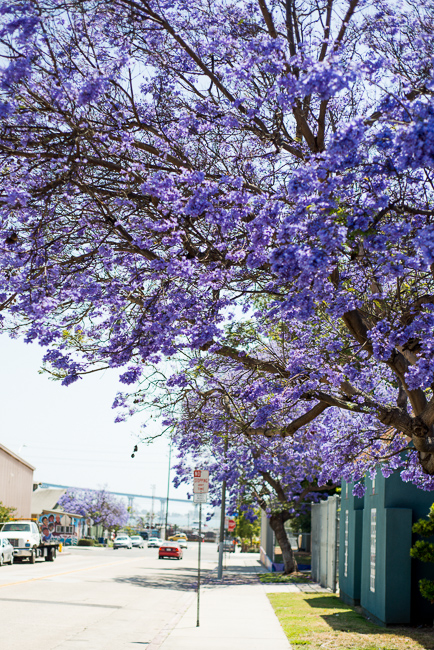 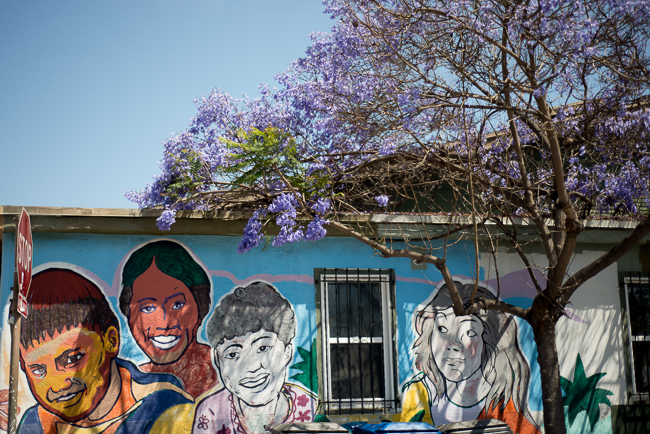 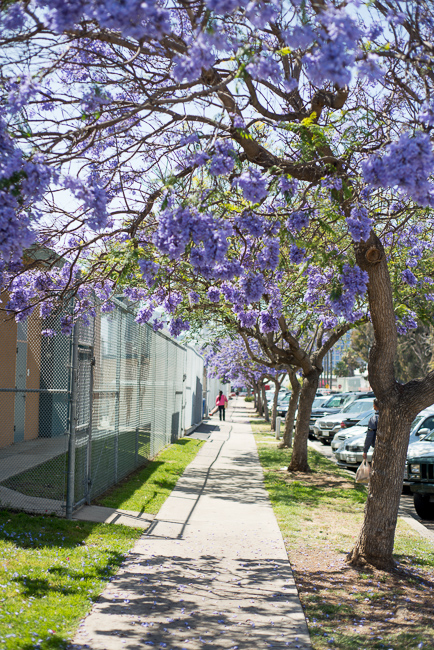