I’ve been smearing myself with fragrant oils for a while now, ever since my tween-age years (y’know, back in the aromatherapy heyday of the 1990s), but I’ve never tried making my own infusion until now.

The idea to make a skin salve with calendula flowers came during our trip to Stone Farms last month. Not only is it used prominently in the limited-edition beer we love, Calendula officinalis is known to soothe skin difficulties ranging from bug bites and burns to garden hands and rashes of all stripes.

Poured into small tins, calendula salve is also an easy fix for winter-battered skin — tuck it into coat pockets, purses and center consoles of cars. It’s a fun stocking stuffer!

The process does take some time and attention, but it’s easy enough for a newbie. 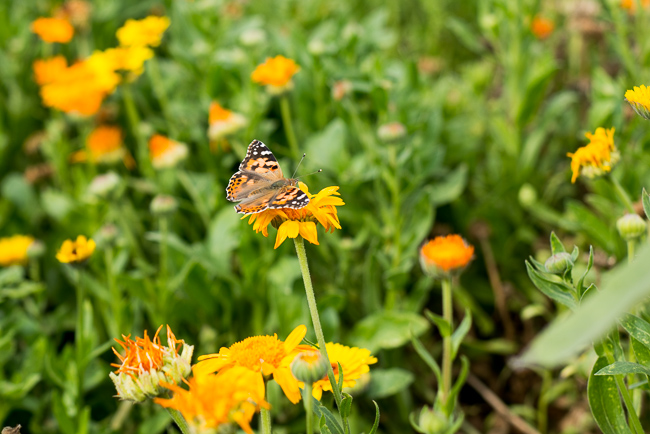 Calendula, seen here at Stone Farms, is a type of marigold. It has a reputation for soothing skin irritations like diaper rash and eczema.

1 cup dried calendula flowers (you can find some on Amazon, including this huge bag of it)

tins for containing the salve (you can repurpose old ones or use favor tins. We found a 30-pack of the latter at Michael’s; it’s also available online at Party City) 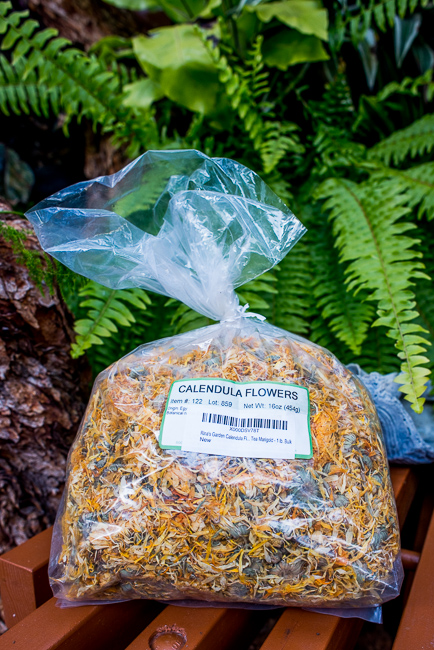 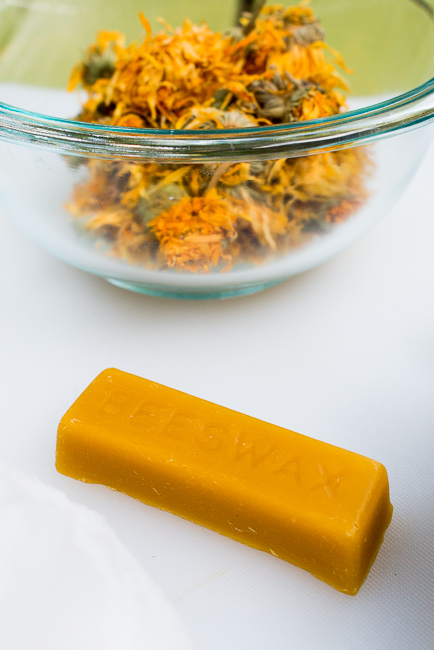 Add flowers and olive oil to Pyrex bowl; be sure calendula is fully immersed in the oil. To use the double-boiler method, place Pyrex bowl atop pot of water, and heat the water to a gentle simmer, being careful not to let any water into your oil. The heat will infuse the flowers’ properties into the oil. (Alternatively, you can soak the flowers in the olive oil for two to four weeks in a sunny spot, shaking daily.) The oil will smell strongly of olive oil at the beginning, but at the end of the infusion, you should be able to detect the warm, hay-like scent of calendula. 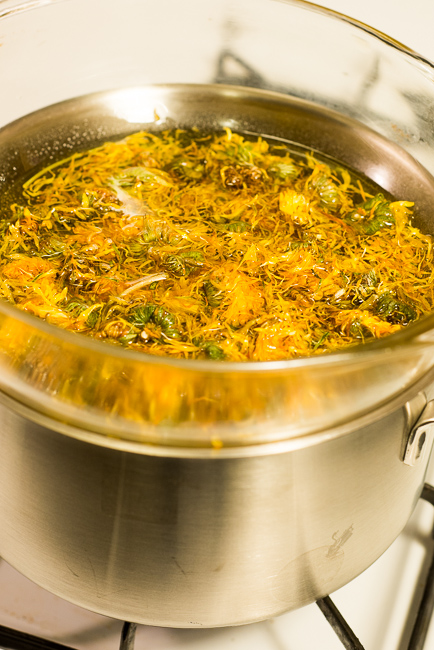 After five hours, pour the olive oil and flowers through a strainer lined with doubled cheesecloth and into the second Pyrex bowl. Don’t be shy about squeezing out the last drops from the cheesecloth! 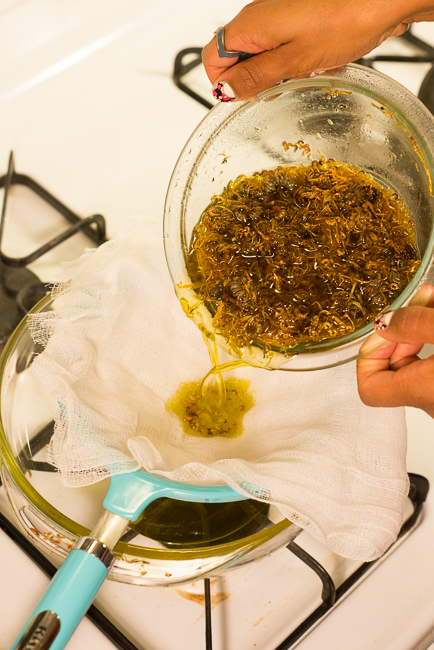 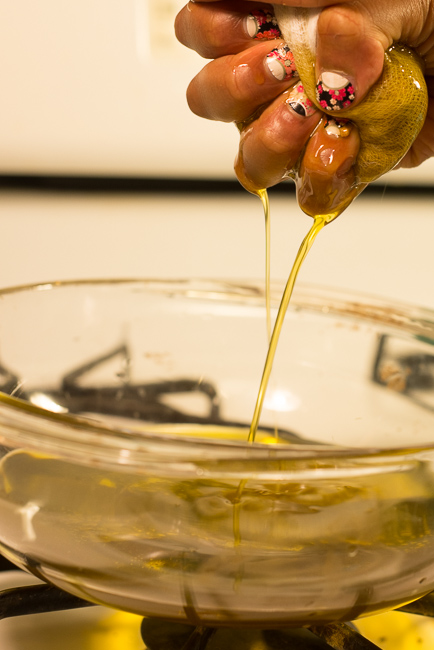 Place the bowl of filtered oil onto the pot. With the water in the pot simmering, add vitamin E and beeswax to the bowl. (Some people like to grate the beeswax, but even the one-ounce bricks should melt without any fuss.) Stir for an even consistency. 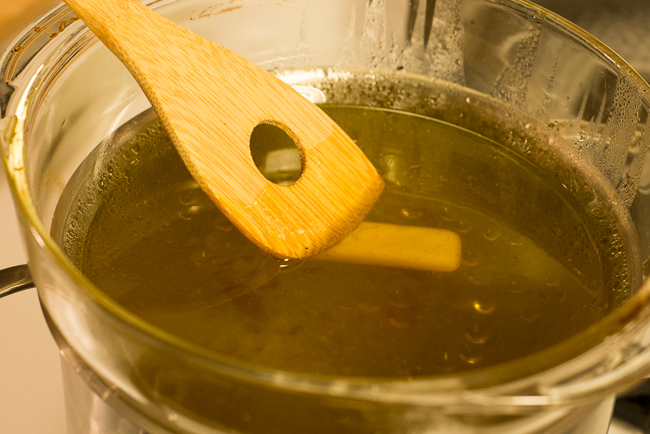 The more beeswax you add, the more solid your salve. Less beeswax means a more emollient product. To test the consistency, place a drop of the warm liquid onto a piece of wax paper, allow it to cool, and then rub it into your skin. (HT to Keeper of the Home for this tip.)

When you’re happy with your test drops, remove the Pyrex bowl from the pot. Ladle the liquid into your desired tins, and allow it to cool and harden completely.

Our salve has hardened to a nice solid texture, but when you rub it in, it’s still quite emollient — so apply it knowing that your skin will gleam like a holiday rump roast. That said, it absorbs quickly, obliterates dry patches and reminds us of beer.