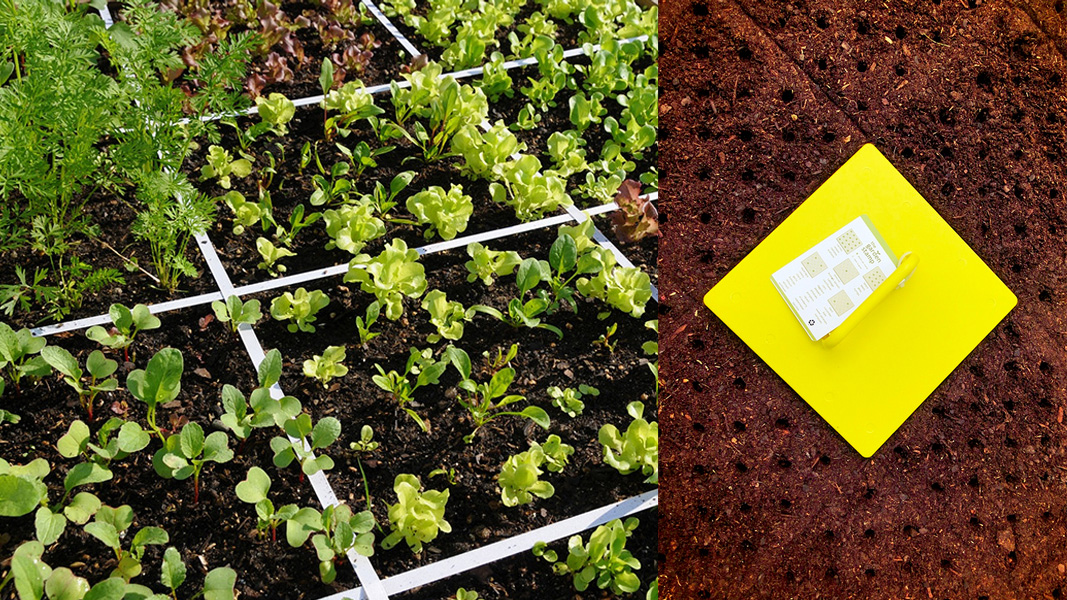 11 Jun Sow Simple: The Garden Stamp Takes the Pressure Out of Seed Placement

Overcrowded kohlrabi? Squash getting squished? Gardeners are finding their cure to gridlocked beds in the Garden Stamp, which allows for even, consistently spaced sewing of seeds in raised beds, containers and square-foot plots.

The new, sleekly designed tool — a square foot of pegs with a handle attached — was invented just last January by Jenn Rinaldi, and started shipping on May 2 on Amazon. Rinaldi created the Garden Stamp out of physical necessity.

“It started at my desk, with an index card and a hole punch,” Rinaldi tells us by phone from Frederick, Maryland, where the company is based. “I was starting to plan my garden for the year, and wanted to make the best use of space. My hands were so stiff and shaky that I knew I had to make something for myself. I needed this tool. It’s a lot easier to press down than it is to scoop out.” 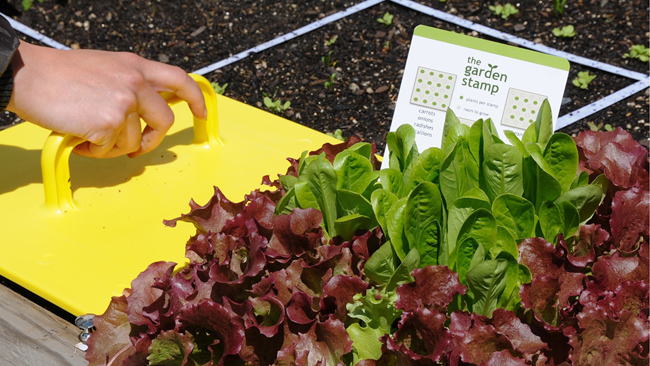 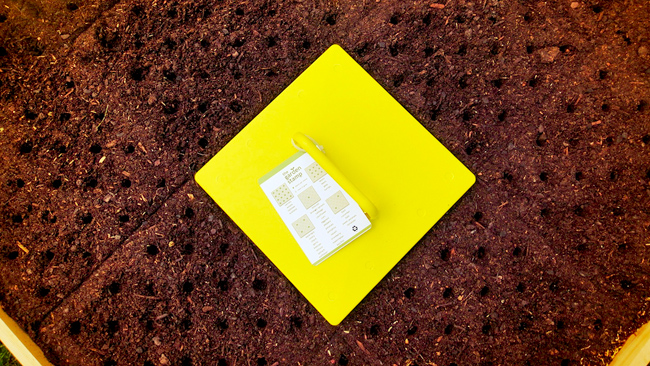 Rinaldi has had arthritis since she was a teen, something that has made her planting pursuits a challenge. She made the prototype right away (sawing wooden dowels in her bedroom before deciding to switch to sturdy plastic) and launched the website with a planting guide and companion chart that drew that green crowd to the yard almost instantly.

“I was so stunned by the response,” she says. “We tried very hard to get it on the market during the East Coast planting season. Before we even had them in our hands, people were asking if they could buy the prototype, if we had a defective one [we could sell them]. People sent me really sweet emails about how they wanted to garden with their grandkids.”

The tool works wonders in gardens of companion veggies (from salad greens to squash to radishes), herbs and flowers. The website features guides to spacing according to species. Also, the organized placement of seeds has allowed gardeners to create patterns with their red sails, buttercrunch lettuce, beets and onions. You even decorate the tool itself with stickers. 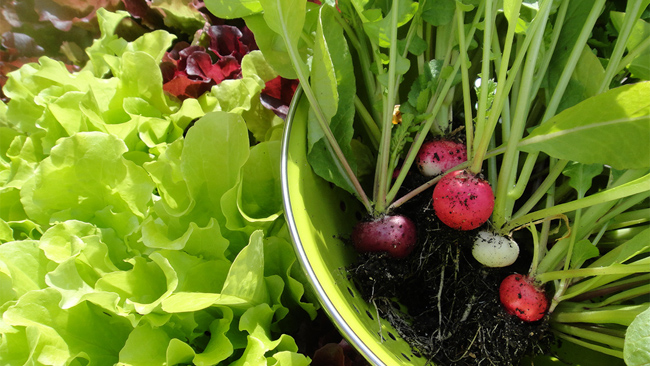 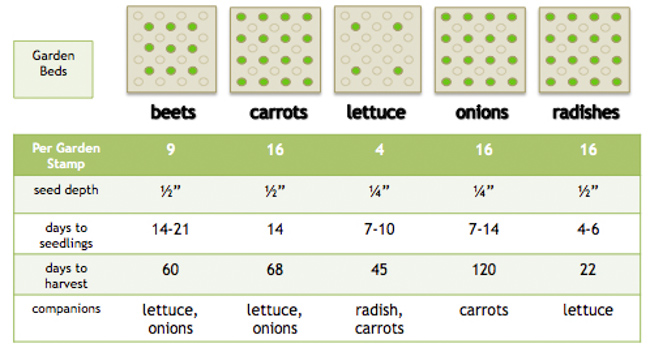 Since launching at the New York Horticultural Society’s Urban Agriculture Conference, the Garden Stamp has made its way into home gardens and schools across the U.S., including a school in Fort Greene with a rooftop garden.

Next up? Rinaldi’s working on a Garden Stamp Mini for tight spaces and windowboxes, and a tool for containers called — wait for it! — the Crop Circle.

“Decorating our tent for Coachella was usually my springtime creative outlet,” says Rinaldi, a federal contractor and lawyer by training. “But I made a garden tool instead this year — it’s my first foray into manufacturing something.” Her biggest surprise since launching? “The incredible kindness of the gardening community. People have been truly wonderful about reaching out and sending personal stories — [including] people who’d considered giving up gardening but now have a new way of looking at it. As gardeners, we all love dirt, we love veggies, we love sharing what works and what doesn’t. The kindness and generosity of the community has been a wonderful surprise.”