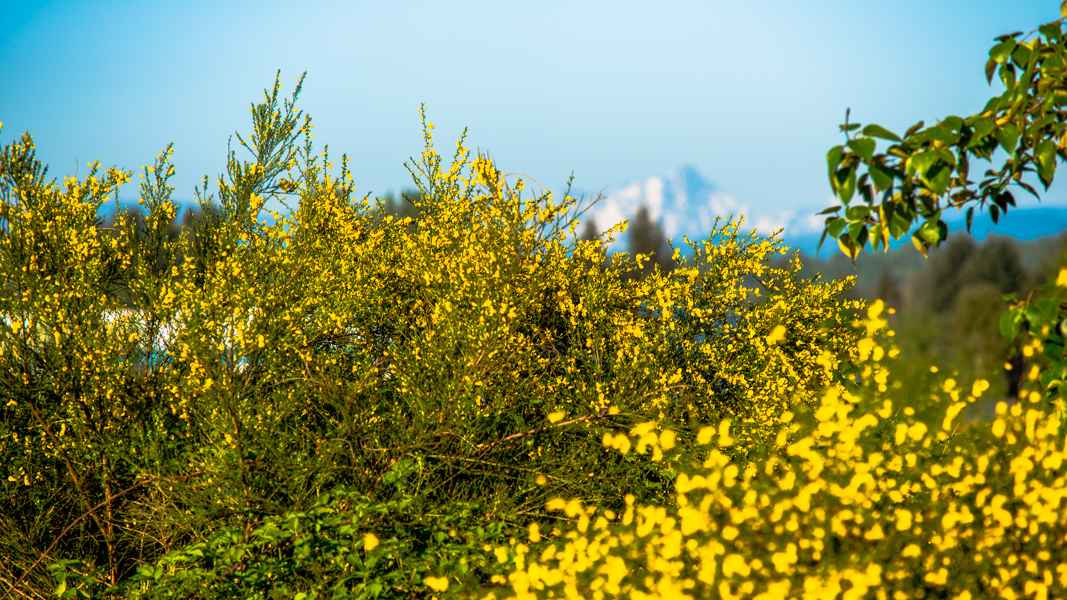 Last weekend we were in Seattle — RB’s first time in the city in over a decade, and C’s first time ever. Hence the light posting sked this week! We’re still coming down from all that nuanced espresso and the radiant, vertigo-inducing trees that sang the songs of our ancestors and pretty much changed our lives forever, no big deal. (Those stories to come.)

When Ryan arrived in the Emerald City, he was greeted by its reigning weed, Scotch Broom. Its canary-yellow flowers, among Seattle’s unofficial sunny symbols of spring, are blooming like nobody’s business right now. And they. Are. Everywhere. 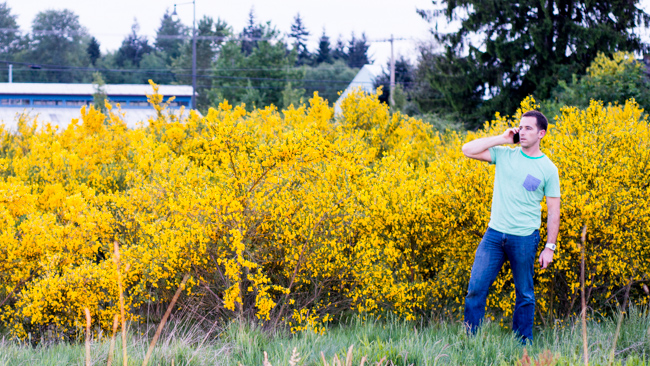 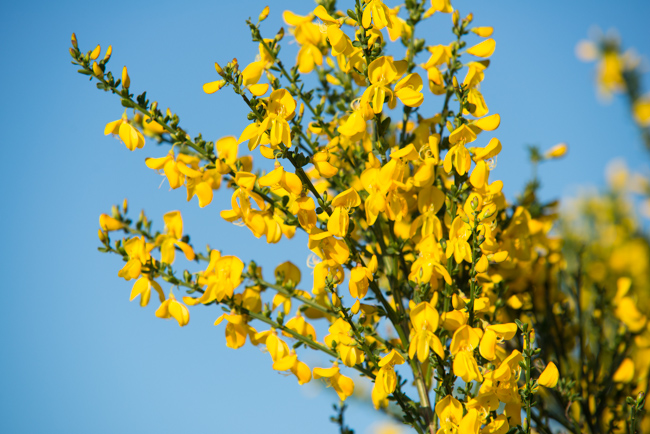 Cytisus scoparius is a legume. It has a predilection for dry, sandy soil, and its floral shape is similar to those of other pea family members: five-petalled with two “wings,” two “keels” and one “banner” — that is, the broad hood up top. A silhouette we like to call “the bearded bishop.”

And in summer, its pods actually burst open with an audible crack, launching seeds as far as 20 feet! To see them in action, check out Minneapolis artist Presley Martin’s mesmerizing installation with the pods (and exploding common vetch) called Ballistic Garden:

Like spots of yolk splashed across the cloudy sky, Scotch Broom flowers have literally taken over Seattle. We spotted them absolutely blanketing the sides of the highways and along the residential hillsides and peaking out behind shops and restaurants.

It’s actually classified as a noxious weed. When we learned this, we were reminded of our own local frenemy flower, the ice plant, which, like Scotch Broom, was planted with the best intentions. The latter was imported from Europe to provide erosion control. Now it’s muscled out many of the native species of flora and fauna, and “it is prohibited to transport, buy, sell, offer for sale, or to distribute plants or plant parts, seeds in packets, blends or ‘wildflower mixes’ of this species, into or within the state of Washington,” according to the powers that be at King County.

Oh, you bright, wild and invasive little thing. Why must so many things that cheer us up — like duck fat and The Real Housewives of New York — be so injurious in the long run? Here are some shots of the Emerald City’s yellow, thick roads: 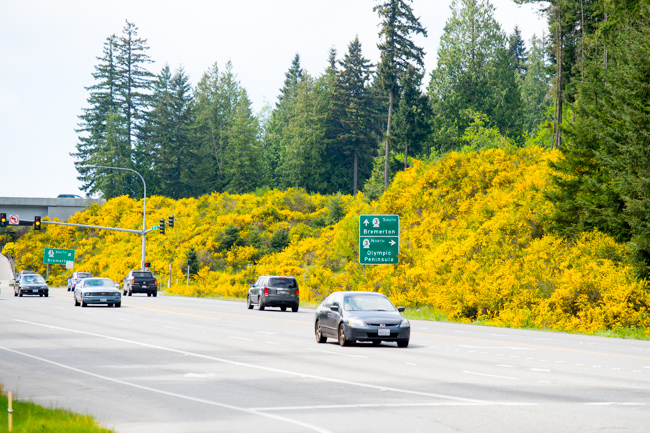 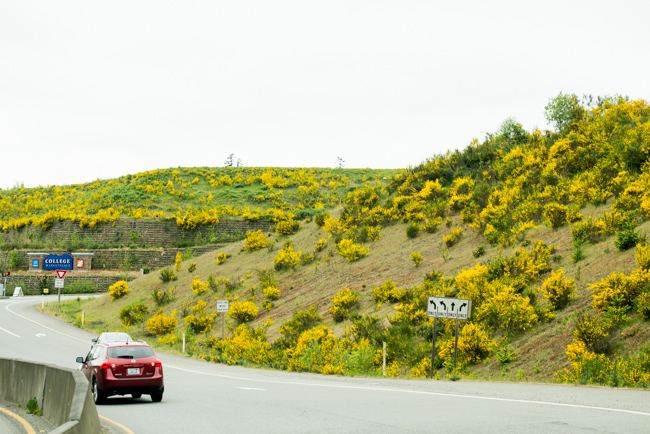 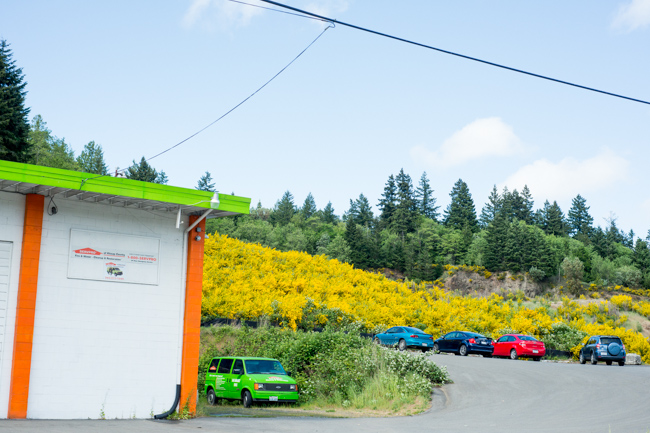 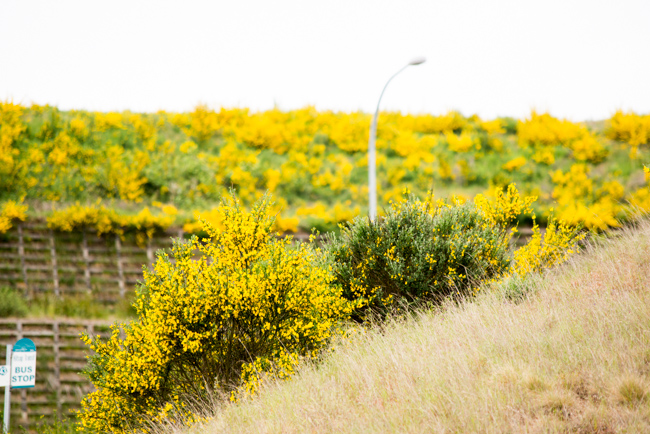 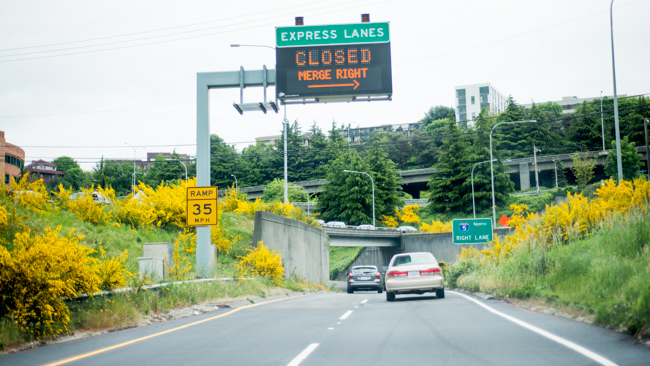 Finally, a teaser for the stories we’re working on for next week: 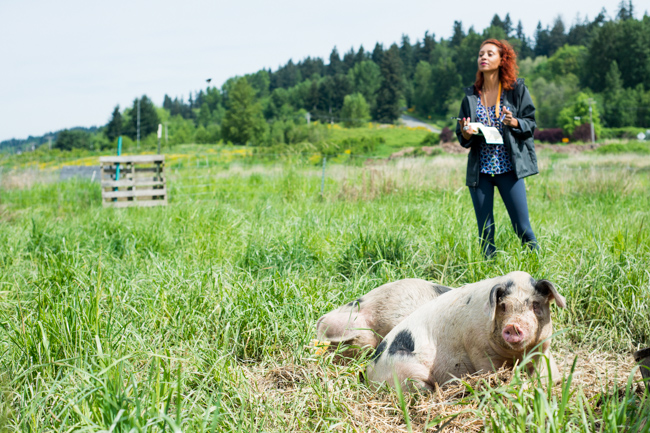 Behind the scenes at The Herbfarm’s farm 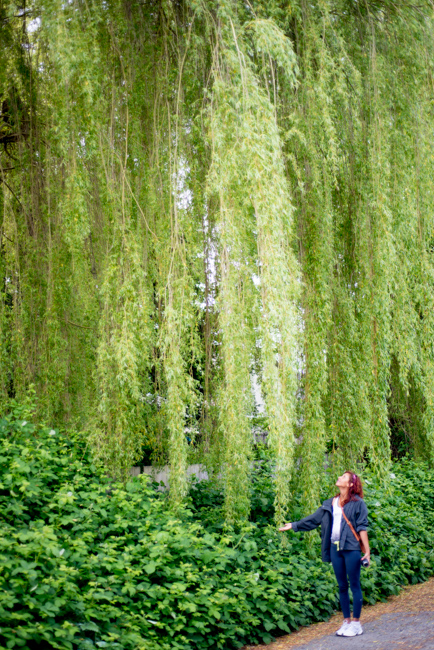