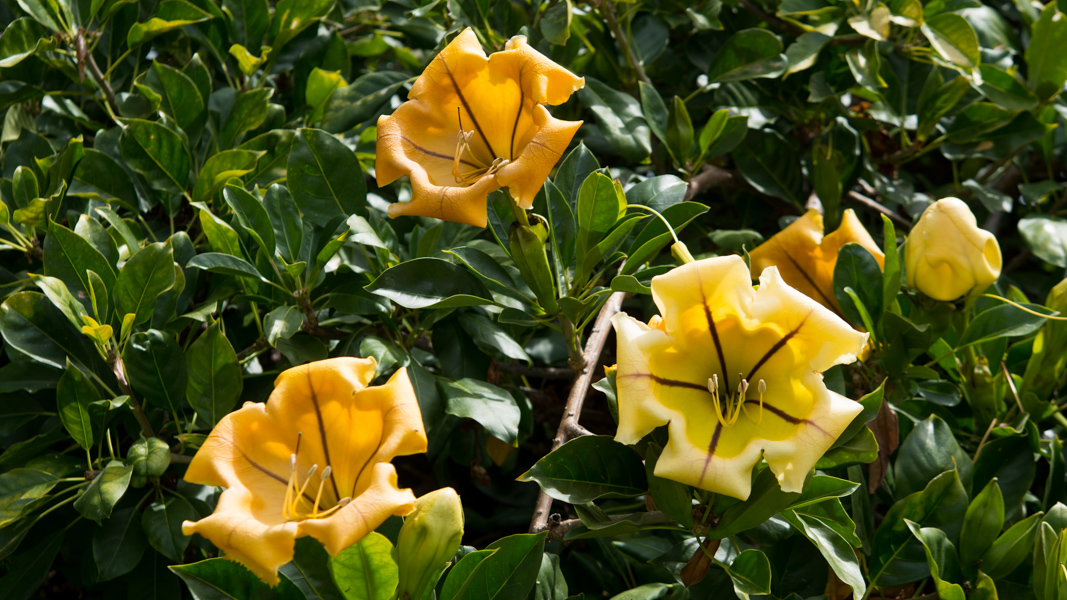 Happy Solstice, Earthlings! Today is the first full day of summer, and the temps in our area have gotten the memo, with La Jolla reaching the 80s and Los Angeles sizzling up to 107 degrees Fahrenheit.

Blazing hot like the solstitial sun is the aptly named Solandra maxima. We noticed this vine in bloom during a visit to Balboa Park last weekend, where the plant (also called a cup of gold vine, Hawaiian lily, and golden chalice vine) is pumping out yellow, leathery, trumpet-shaped flowers in front of the photography club building. 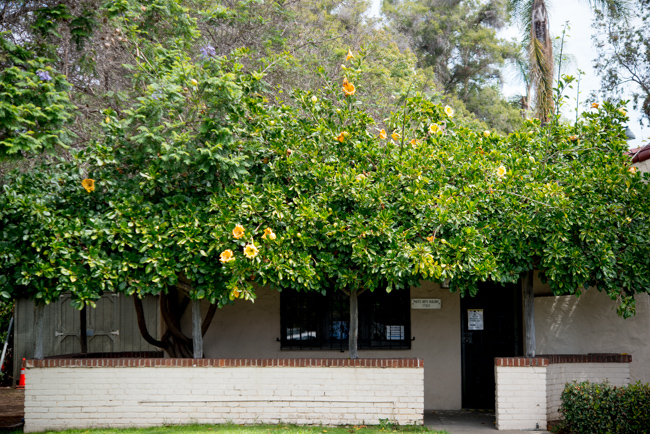 Solandra maxima is a vigorous vine that can spread up to 40 feet. But wait till you see the flowers… 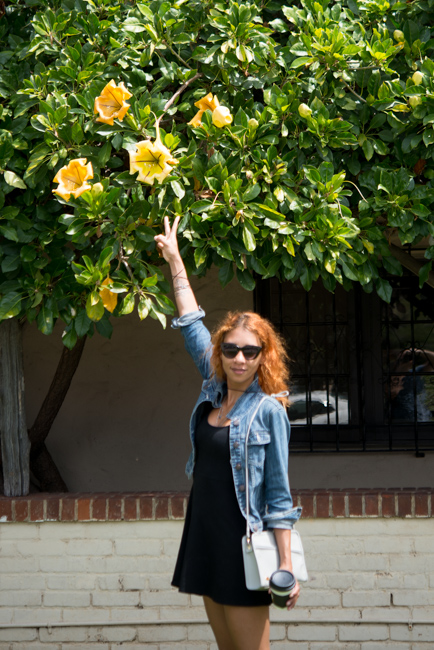 Nothing about this plant is timid.

The buds look like dented balloons. The flowers are gigantic, courting Mothra, reaching 6 to 10 inches in width. We were drawn to this OTT beauty by its size, its height, and the stripes of aubergine on the petals. This evergreen vine, which can spread up to 40 feet, is native to Mexico, Central America, and into Venezuela and Colombia. Here in California, the cup of gold vine typically blooms in the spring, but has been known to stall its blossoms until July. Flowers darken as they age.

We were hoping the genus name had something to do with the sun, but it turns out that Solandra maxima was named for 18th-century Swedish botanist Daniel C. Solander, who studied under Linnaeus and pioneered ways of archiving plant specimens. (Well, that’s pretty cool.) Want to care for a golden chalice vine of your own? Grow in full sun in well-draining, neutral to slightly acidic soil, and keep in mind this plant is hardy in temps as low as the upper 20s. Not a bad trade for an extra dose of sun. 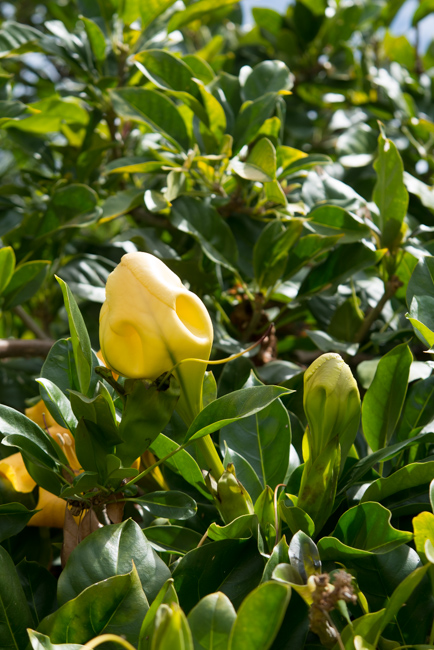 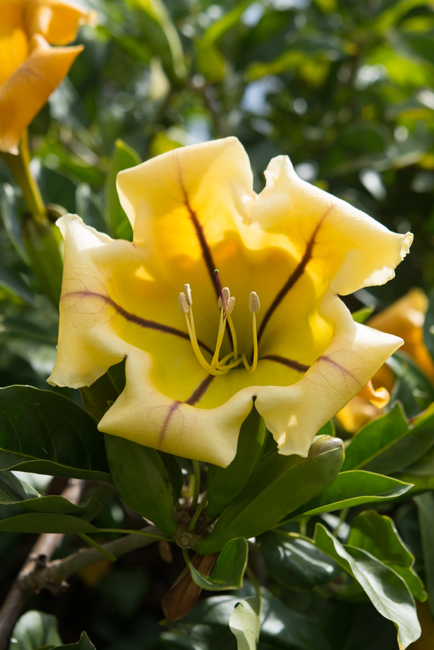 We hear the fragrance ramps up at night, with hints of vanilla. (I forgot to ask Ryan to give me a boost so I could sniff for myself.) 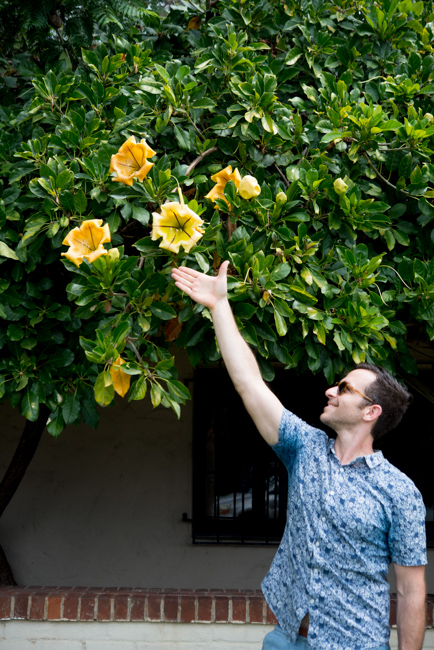 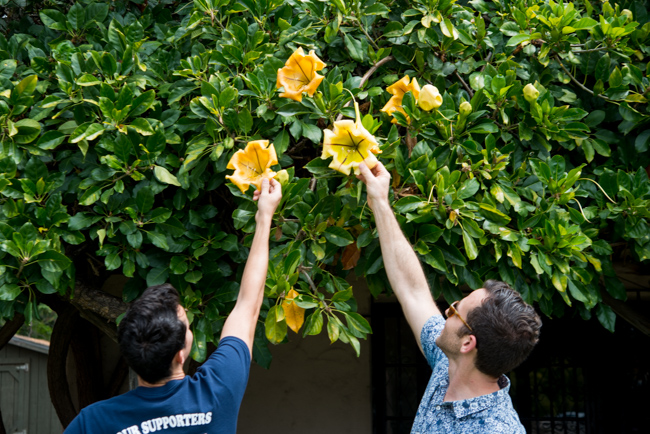 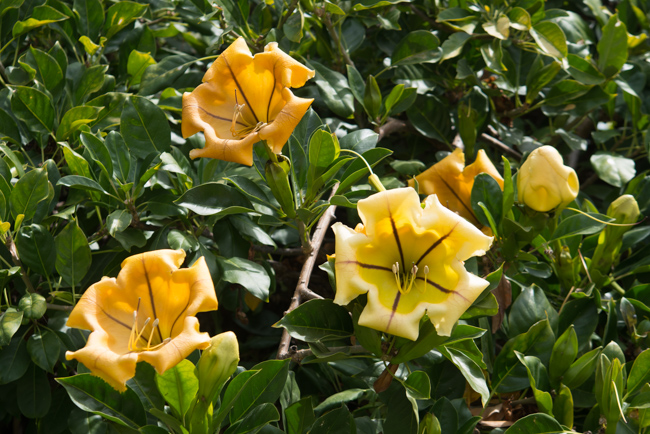