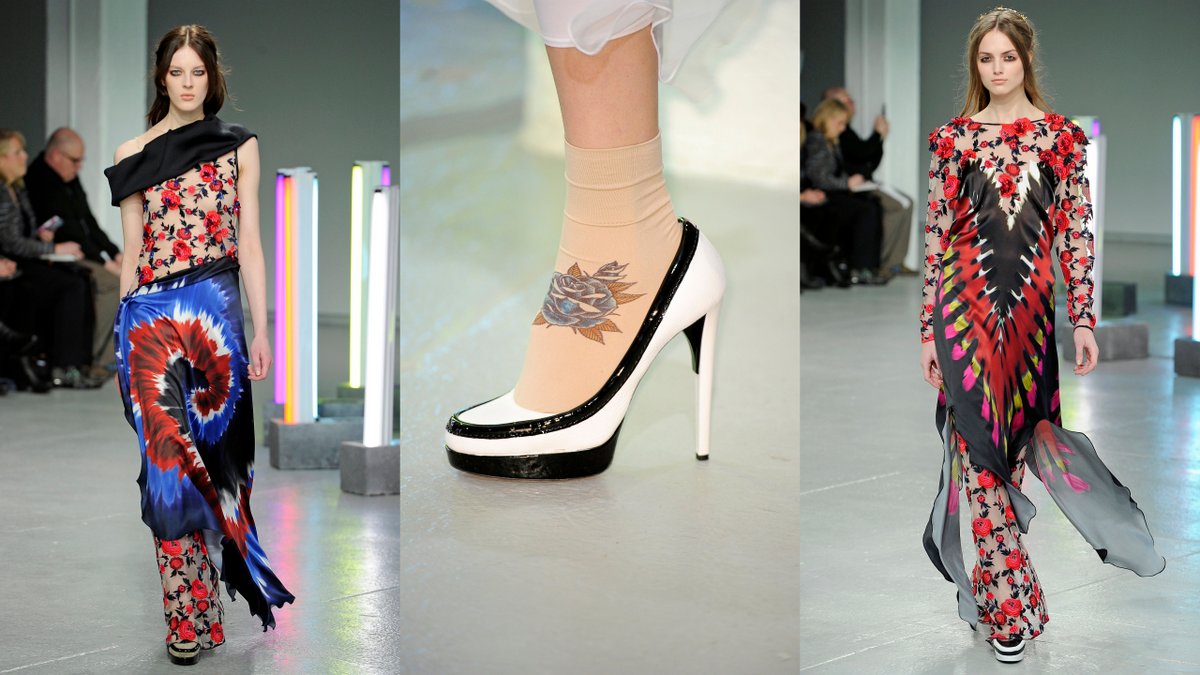 Amid the stark sobriety of the Fall 2013 collections shown at New York Fashion Week — which concluded last Thursday — there were some blooming bright spots. (Not that straight lines and disciplined palettes can’t have vitality or tenderness: see Proenza Schouler, “quiet giant” Narciso Rodriguez, Ohne Titel for examples.) But we’re particularly interested in who’s doing the plant-inspired prints — because, compared to “florals? For spring?”, a thoughtfully executed winter floral actually feels transgressive.

The houses of Rodarte, Tory Burch, Thakoon, Marc by Marc Jacobs and Thom Browne (he of Michelle Obama’s breathtaking navy inauguration coat) all turned out designs with horticultural imprints. 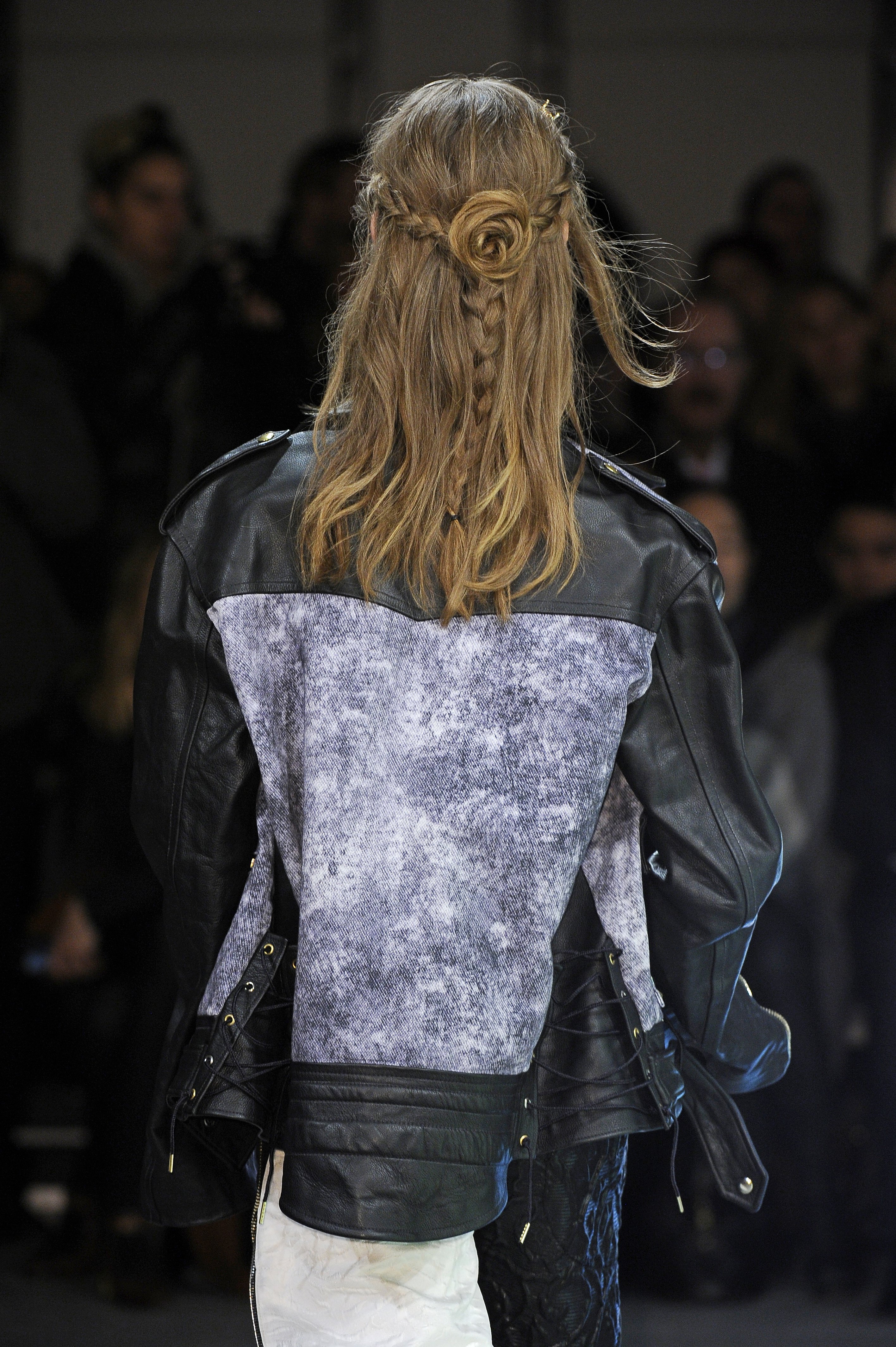 A rosette-shaped bun at Rodarte’s Fall/Winter 2013 show at NYFW.

The rose-colored POV took a turn for the gothic at Thom Browne. In a setting of snowy, defoliated trees and, um, guys tied to beds, looks with ’30s boulder shoulders and early ’50s wasp waists made the rounds, gray flannel atop white tights illustrated with red roses. One crimson gown had roses sculpted into the train. (Image credit: Thom Browne/Facebook.) 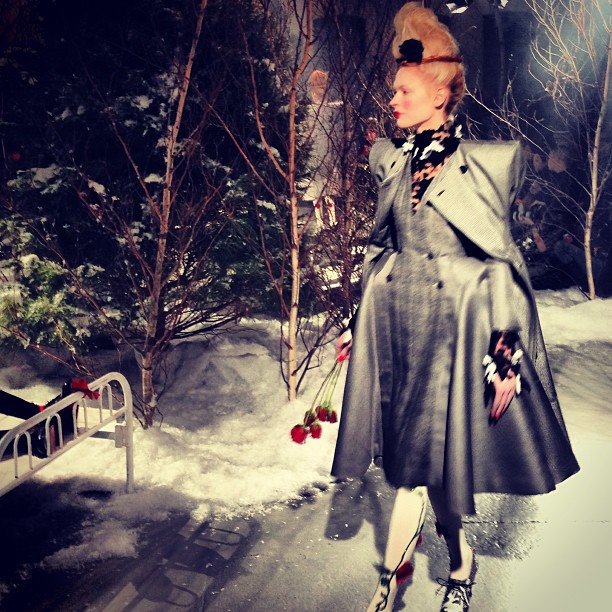 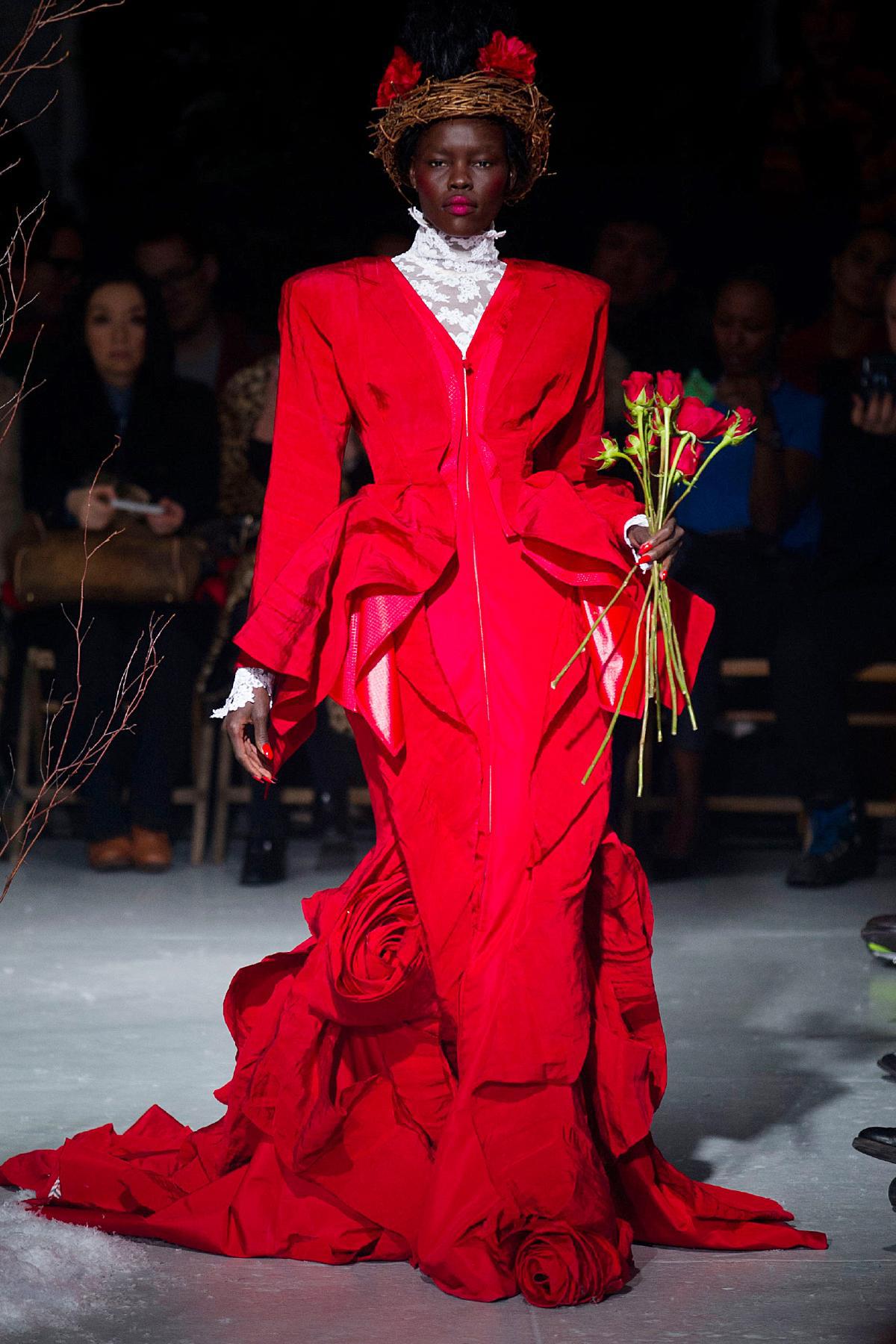 Meanwhile, Tory Burch presented ornate, moody florals in navy and white jacquard; you couldn’t look any more wintry if you were wearing head-to-toe tartan. On a related note, Marc by Marc Jacobs splashed autumn leaves all over ’70s turtlenecked dresses and separates.

A refreshing departure came by way of Thakoon, where designer Thakoon Panichgul reflected on the end of summer, flinging digi-printed blossoms onto separates and beautiful dandelions on a sheer-paneled dress that is irradiating C’s dreams.