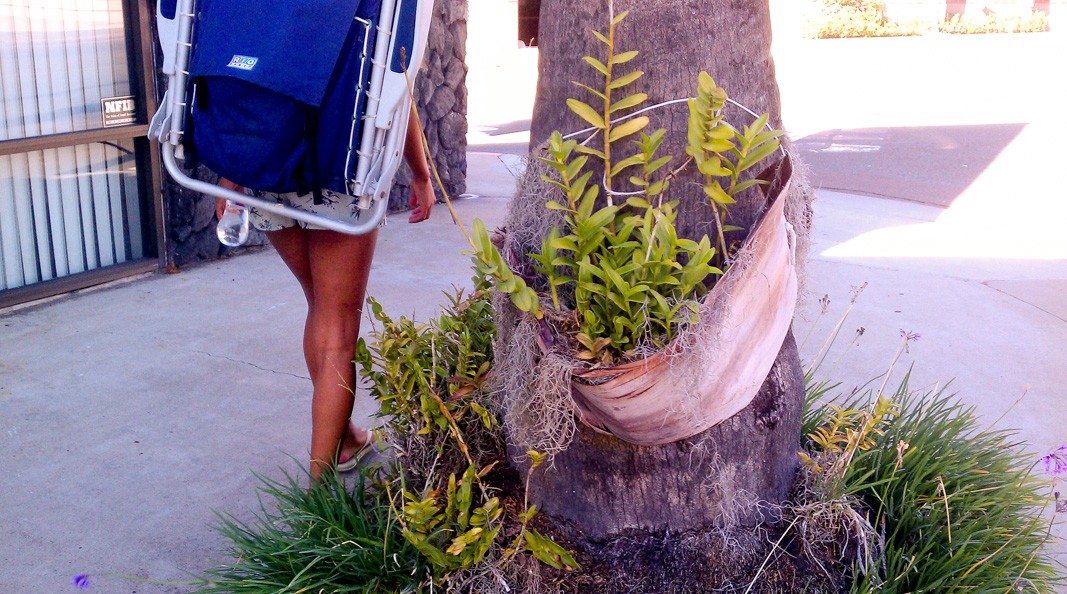 “The great Victorian-era orchid hunter William Arnold drowned on a collecting expedition on the Orinoco River […] The linguist and plant collector Augustus Margary survived toothache, rheumatism, pleurisy, and dysentery while sailing the Yangtze only to be murdered when he completed his mission and traveled beyond Bhamo. Orchid hunting is a mortal occupation. That has always been part of its charm,” writes horticult hero Susan Orlean in her 1998 landmark, The Orchid Thief.

This true story — along its worthy offshoot, Adaptation — infiltrates the quite often, uh, seedy world of enthusiasts who risk life, limb and freedom in pursuit of orchids in sultry shapes. Flowers of the Orchidaceae persuasion can resemble spiders, bees, bats, bearded wizards, and in the case of Orchid italica, freckled naked men.

Unfortunately for the hunters of these sprongy blooms, it’s illegal to collect and propagate wild orchids without a permit, under to the Convention on International Trade in Endangered Species (CITES), which was ratified by 175 nations.

C had an Orchid Thief flashback recently when she noticed an orchidaceous mini-garden hitched to a palm tree near our house. And next to a bus stop no less! If only we could shake the hand of the cowboy (or cowgirl) who established this wild roadside orchid patch… 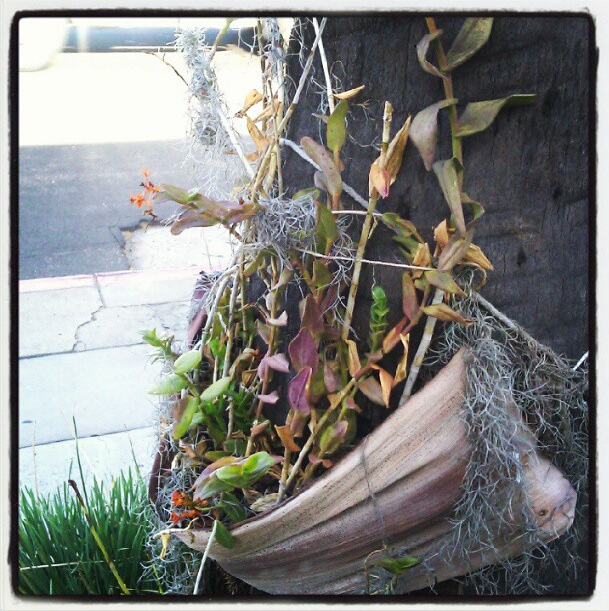 Meanwhile in our backyard, we’ve been following the life and times of a ruby specimen given to us by C’s friend, the mightily talented goldsmith/designer Alexandra Hart, who crafted C’s Sputnik-inspired wedding ring out of fiery violet sapphires. What started as a lone spike is now running wild — and birthin’ offspring — at a foot of our loquat tree. We’ve killed a few desktop cymbidiums in our day, so this is quite a victory for us. 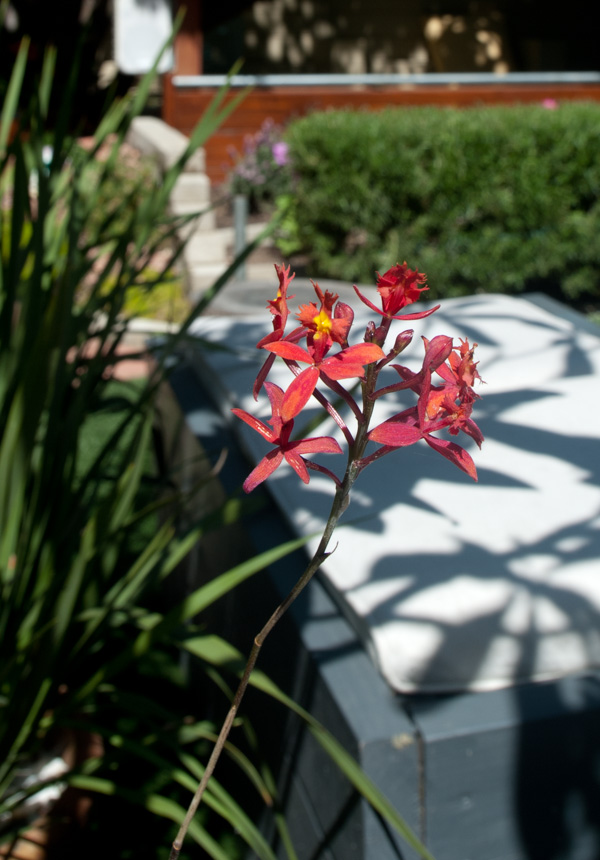 A red coral orchid runs wild at the foot of our loquat tree. 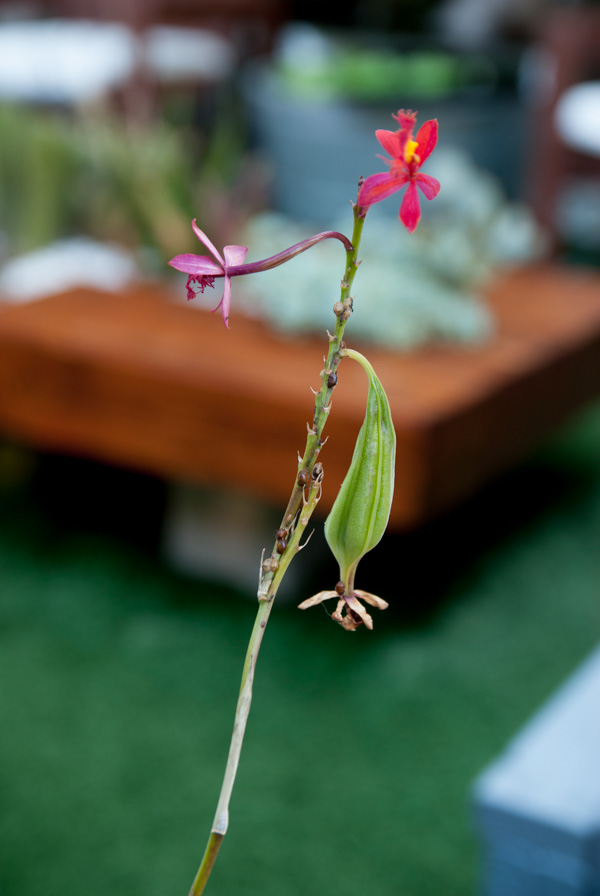