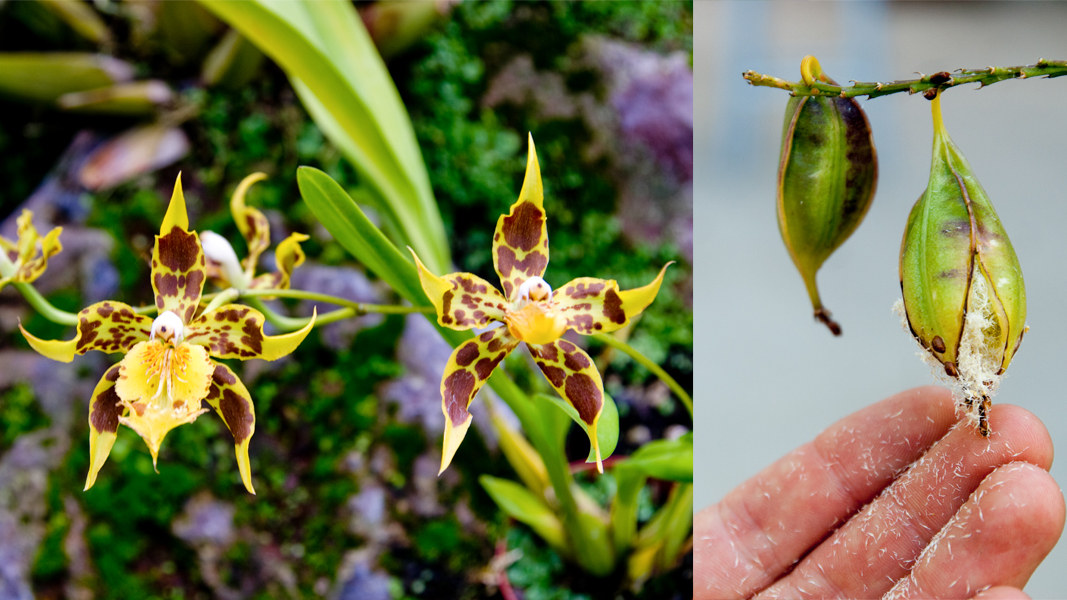 It’s been a while since our last orchid-related post. Today we decided to check back in the sultry, sculptural flowers of the Orchidaceae family because April is National Orchid Month (at least according to the American Orchid Society) and because the wild orchid at the foot of our loquat tree is exploding with seeds right now. Impossibly teeny tiny seeds. 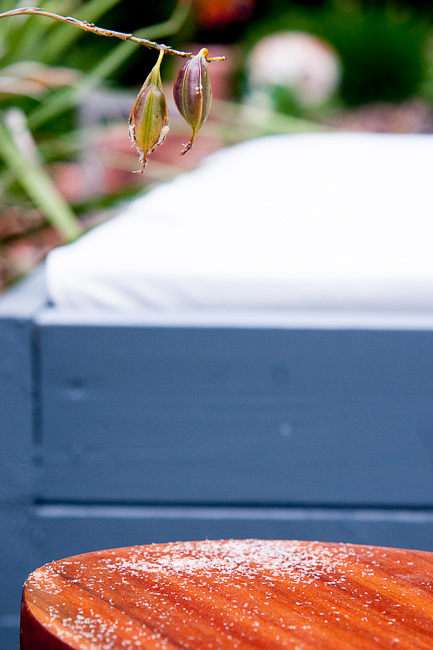 The smallest seeds on Earth are produced by orchids — epiphytic orchids in the rainforest, specifically. According to our sources, it would take 35 million of these seeds to amount to an ounce, and each seed measures 1/300th of an inch long.

Our own orchid might not be a record-breaker, but the infinitesimal kernels spilling out of its pod feel less like seeds and more like the dust you’d plant them in. They’re brittle-feeling, like fiberglass. (Amazingly, it was almost a year to the day that we first saw this orchid blooming. Then it formed one pod, then two pods, and just last week one pod started to crack open…) 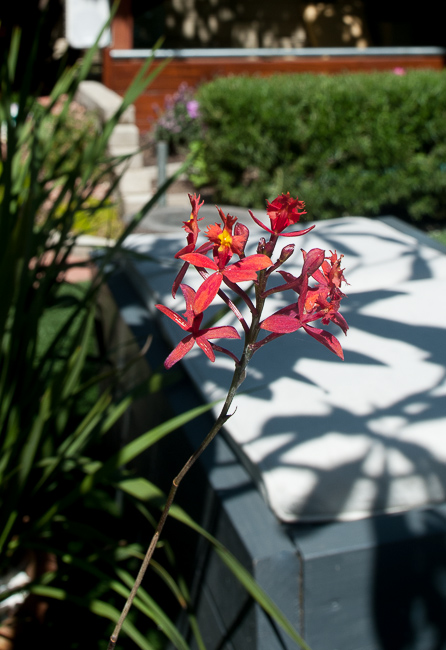 Planting an orchid seed and having it sprout is a tricky undertaking. A certain type of fungus would need to breech the seed coat in order for the orchid to germinate; this guide illustrates the whole production, to the tune of seaweed jelly, copper tubing, duct tape and glass jars. It’s easy to see why the orchid evolved to hold legions of seeds that fly far and wide — ’cause it’s an odds game out there.

Maybe we’ll plant a pinch and hope for the best. Until then, we have our feverish remembrances of our trip to Quito Botanical Garden, whose orquideario holds over 4,000 species. Below are a few of its spirited residents, captured by our own RB.

We know the names of a few, but if anyone has IDs to contribute, tell us in the comments! 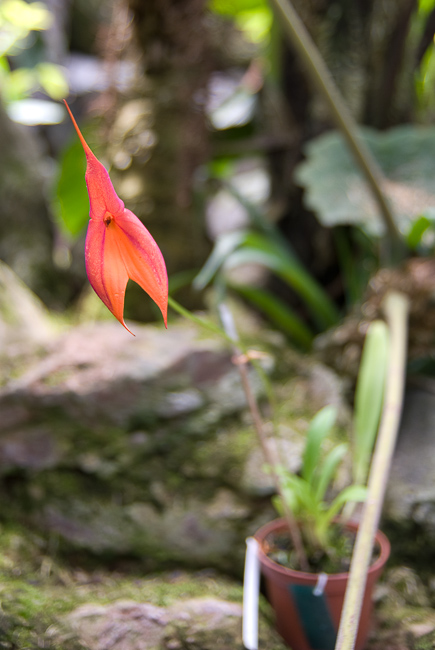 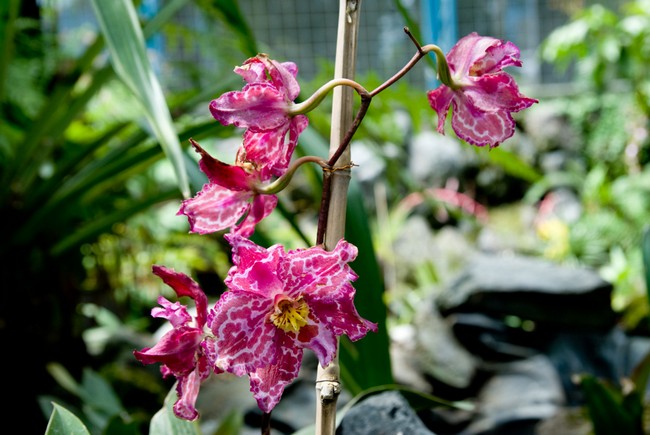 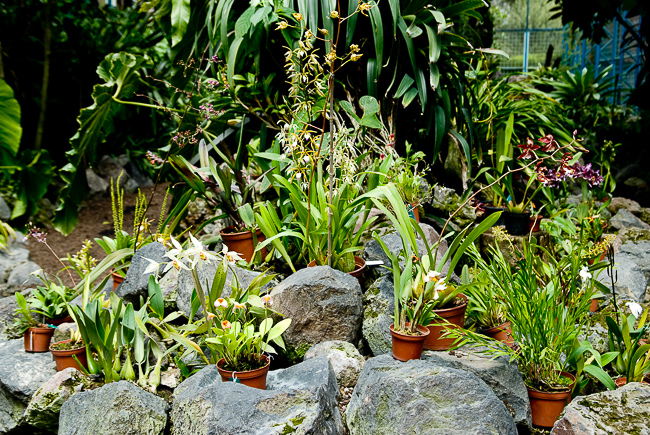 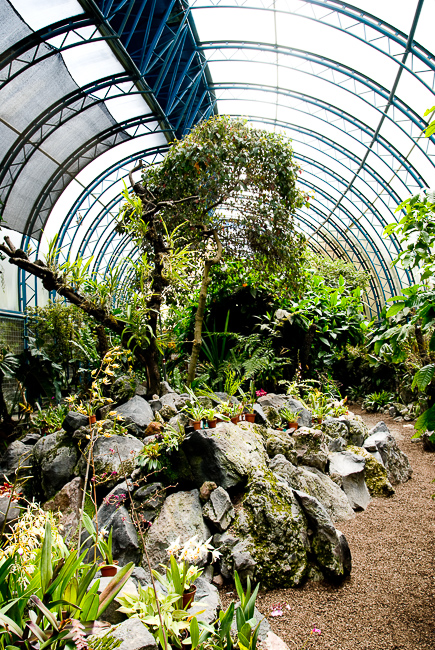 The scene at the orchidarium, which shares space with the carnivores (at rear). 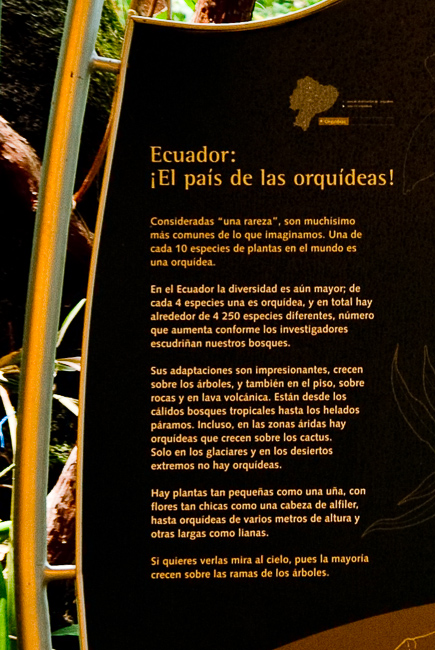 Ecuador is a country abounding with orchids, which grow in its highlands, its cities, its jungles, its cloud forests… 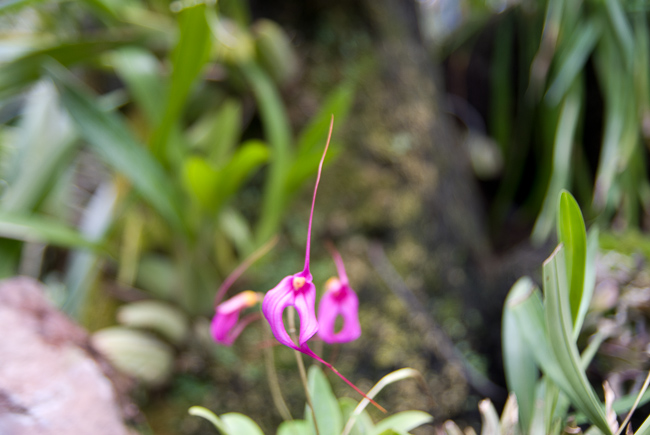 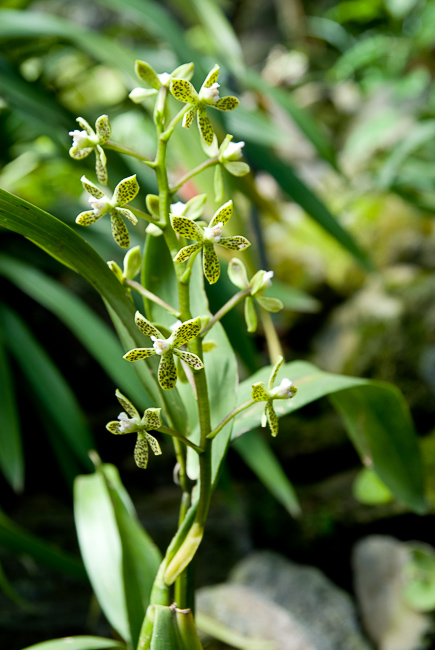 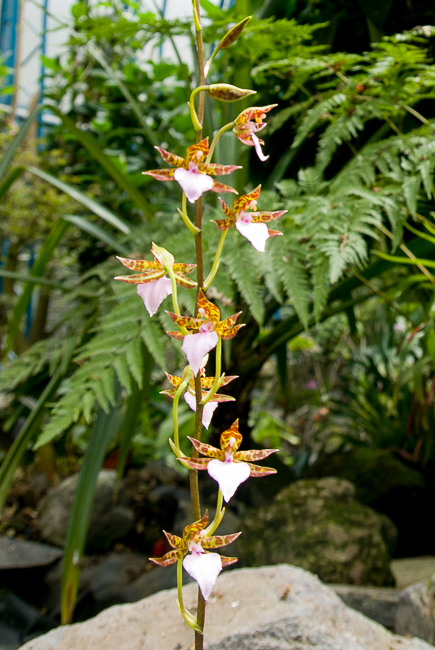 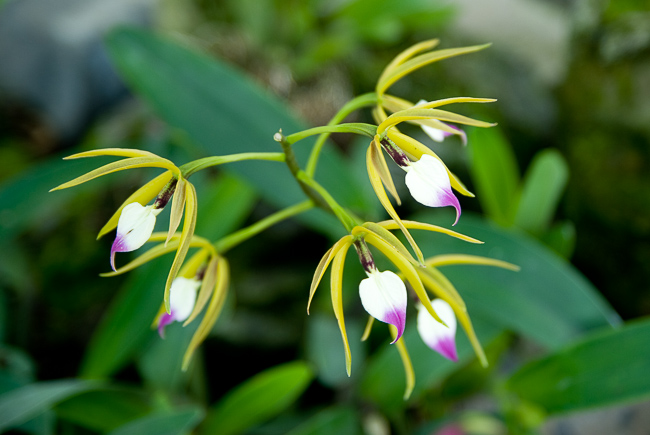 We’re guessing this is a kind of Scaphosepalum. Folks, are we warm…?