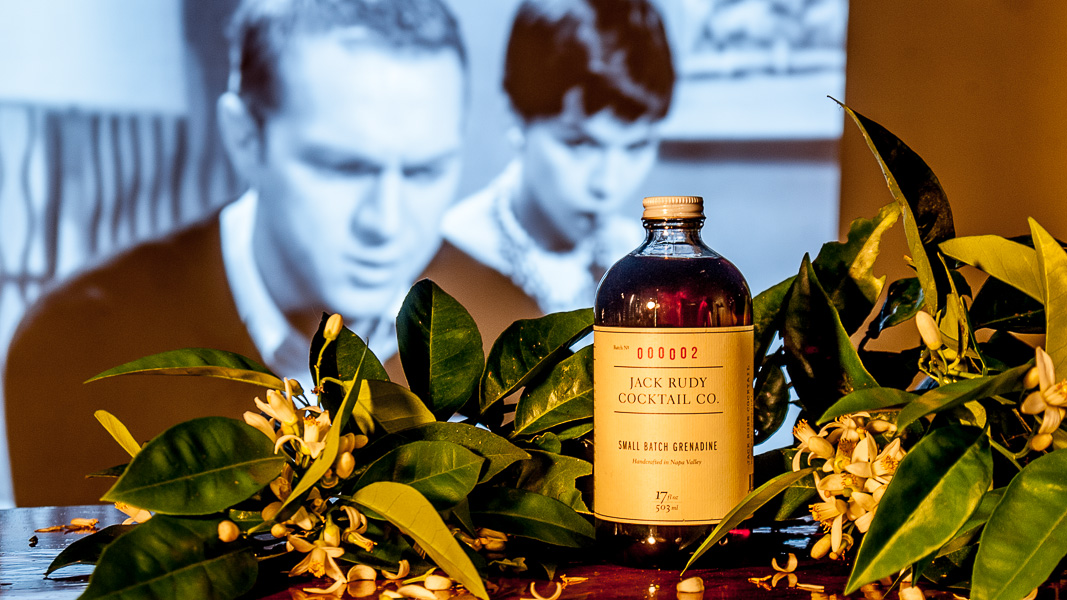 Grenadine is back from rehab. What was once a ruby goop known to languish in the rear of cabinets (until someone requested a tequila sunrise or a Shirley Temple) is returning to its purest state.

We have Charleston-based Jack Rudy Cocktail Company to thank for grenadine’s second chapter, one that’s illustrated with family-farmed pomegranates, orange flower water and cane sugar. Small Batch Grenadine is the new, colorful follow-up to the company’s debut offering, Small Batch Tonic, whose “backbone of quinine” and “delicate mix of botanicals” have garnered kudos from editors at GQ, Wall Street Journal and The New York Times. 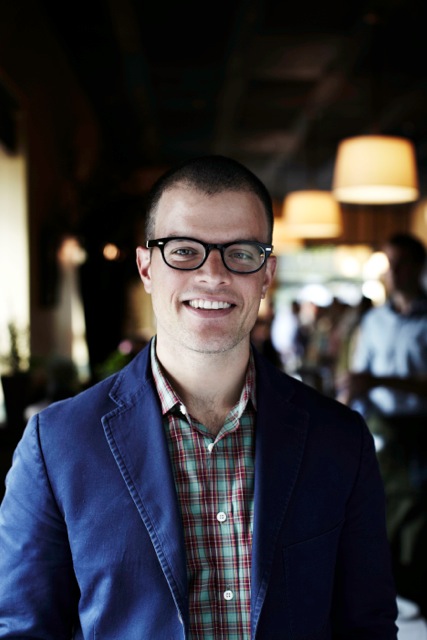 “The mission of Jack Rudy Cocktail Co. is to reimagine forgotten bar staples. Grenadine was always thought to be one-note, sweet and cloying,” says co-founder Brooks Reitz, who named the company after his great-grandfather Jack Rudy. “Our grenadine is sweet, tart, bright and highly perfumed. It tastes entirely different from what people are used to, and I think that’s a good thing.”

Brooks is the GM of The Ordinary in Charleston, which is up for this year’s James Beard Award for Best New Restaurant. (He and C met, through mutual friend Pearce Combest, in the lobby of Ninja Law Firm.) We caught up with Brooks to talk California pomegranates, drinks with kitsch appeal, and the famous director who just bought a Jack Rudy elixir.

Your tonic made a major splash (ahem, no pun intended) in the drinking landscape. Why follow it up with grenadine?

When creating a new product, we imagine walking into our grandfather’s house, peeking in the bar cabinet and taking stock of what we would see. We then ask ourselves which products have been around for some time and have a proven track record of uses. If those products can be remade more carefully for a modern drinker, then we do it. Grenadine is one element of the American bar that had really been bastardized, and we knew that a real, true grenadine would resonate with our customers. Turns out, we were right.

How did you approach the sourcing and pressing of the pomegranates and orange blossoms used in the formula?

I took to the web and began to search for American sources of fresh pomegranate. I went down the rabbit hole and eventually found a great family farm in California growing and pressing their own fruit. The samples were matchless, and I knew I had a winner on my hands. As far as the orange blossom goes, we use orange blossom water, which is essentially a concentrated, highly aromatic ingredient very popular in a lot of Middle Eastern cookery. I had used it in the past, and was quite familiar with how well it played with pomegranate, so it was much easier to source. 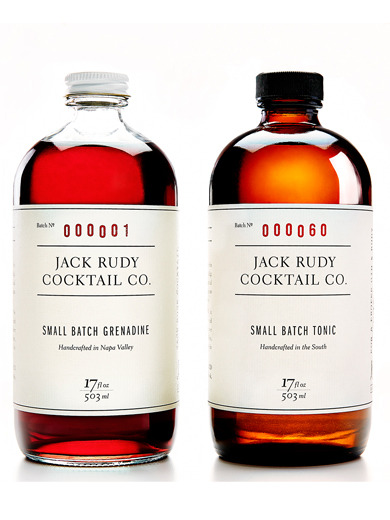 What was it about the pomegranates in Madera, California, that enchanted you?

The farm in Madera is family-owned, just like Jack Rudy Cocktail Co. There is a connection to the process and a care that is inherent when someone owns a business or works for their family. I knew immediately that the connection to their farm would probably mean they produced a superior product. When I got on the phone with the patriarch, he told me about his press that he designed — the only one of its kind — to press the fruit, and how it rendered a richer, more complex juice. I knew right away I had found a winner.

Your favorite drink to make with grenadine?

For kitsch factor, I like the tequila sunrise, because it’s just fun, simple and silly. In a bar setting, I love the Maiden’s Blush, which is gin (I love gin), lemon juice, Cointreau, and grenadine. It’s aromatic, refreshing, light, tart and delicious. Everything I look for in a great cocktail.

It’s not just a sweet red syrup. It’s a complex, dynamic ingredient with many uses. In France they add soda water to real grenadine and let their children drink that in lieu of carbonated sodas.

By the way, how’d you get your start in the business?

I’ve been in restaurants since I was 16, starting as a busboy in Henderson, [Kentucky]. I worked in restaurants all through college and immediately began chasing down a career in the food world when I graduated.

We are formulating our lime cordial at the moment, and just trying to grow carefully and slowly. Our production is still quite small, and we are just happy every time we receive a nice email from a supporter or fan.

Finally: Your chances of landing a role in a future Coen Brothers film?