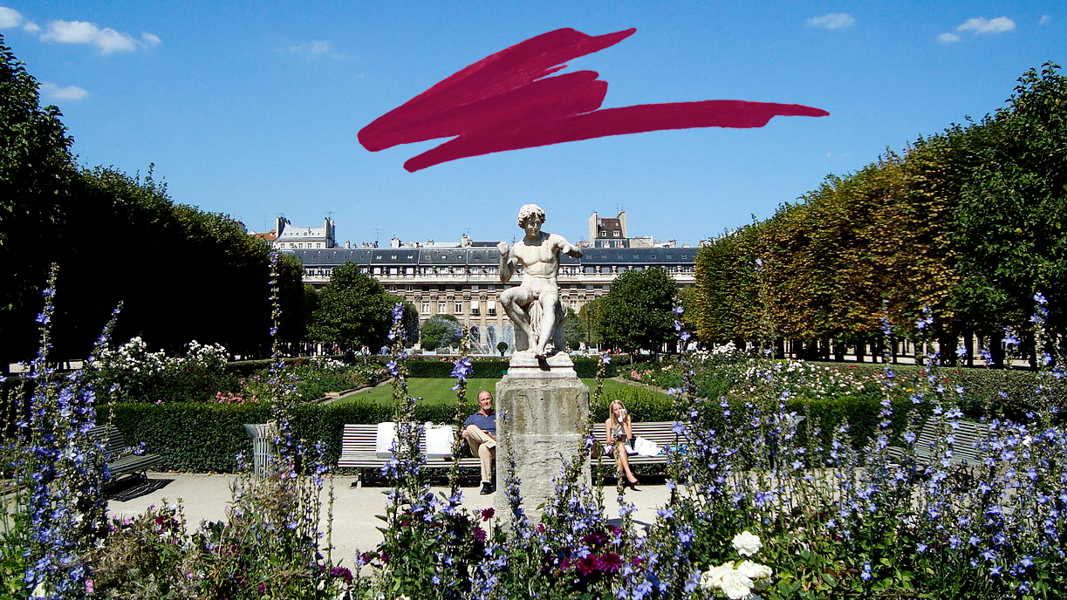 Makeup named after flowers is nothing new. That’s why it’s notable that New York-based cosmetics company Nars is going the extra mile (thousands of them) by naming each shade in its new Satin Lip Pencil collection after an international park or garden – from the royal red of Hyde Park in London to the sunset coral of Lodi Garden in Delhi.

Last weekend we stopped by the Nars store on Melrose to give the lip colors a whirl. I ended up taking home Palais Royal, sold by the pouty berry stain it left on my lips. 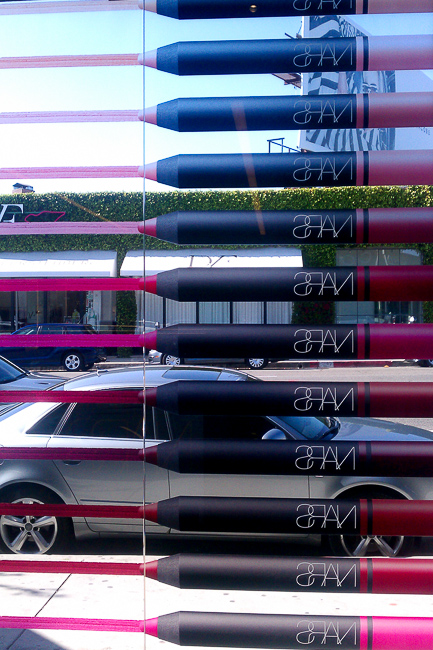 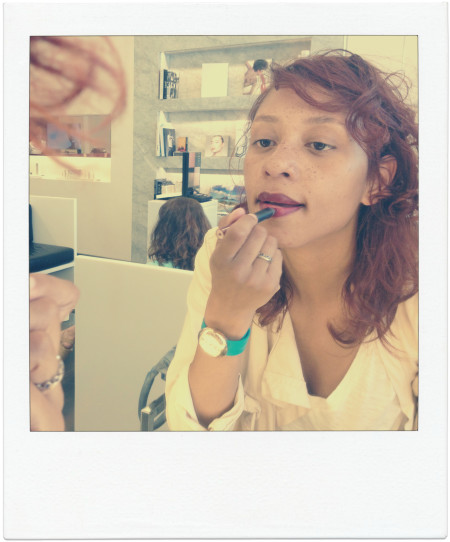 Here at the Horticult, we were excited to see something popular and cool (like makeup) collide with a nerdish and semiprivate obsession (like the idiosyncrasies of a 400-year-old garden halfway around the world). We also wondered: Why fuchsia for Parisian allées? Why cognac for a Dutch palace? So we paired each swatch with its botanical namesake, and hashed it all out. Explore the results below! 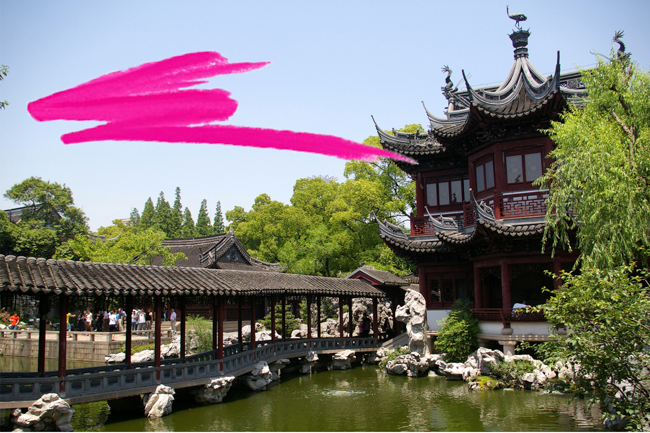 Inspired By: Yu (aka Yuyuan) Gardens in Shanghai, China

The Landscape: Five acres of rockeries, gorges and halls date back as far as the 16th century at these gardens, where a “zig-zag” bridge at the Lotus Pool is meant to throw off evil spirits.

Swatch-to-Garden Connection: The exuberant pink walls, blossoms and lanterns seen all over Old Shanghai make this an apt pairing. 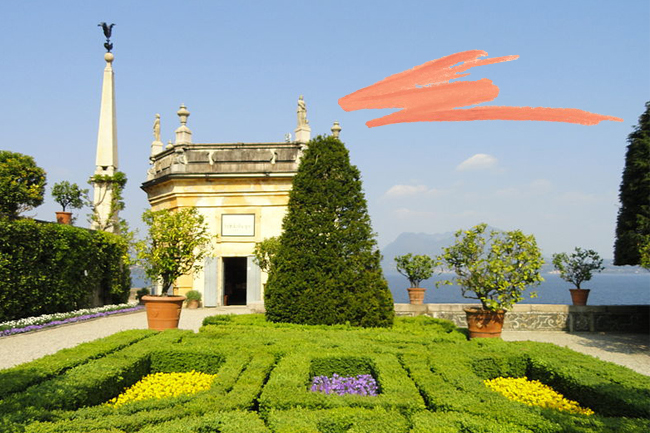 The Landscape:  This tiny, craggy island is crowned by the Borromeo villa and its Baroque stepped terraces, where topiaries, palms, evergreens, statues and imperious white peacocks (!) overlook the sapphire lake and snowcapped Alps.

Swatch-to-Garden Connection: The sunny, lightweight color is apt for this airy pleasure palace, and evokes the terracotta pots that hold the citrus trees. 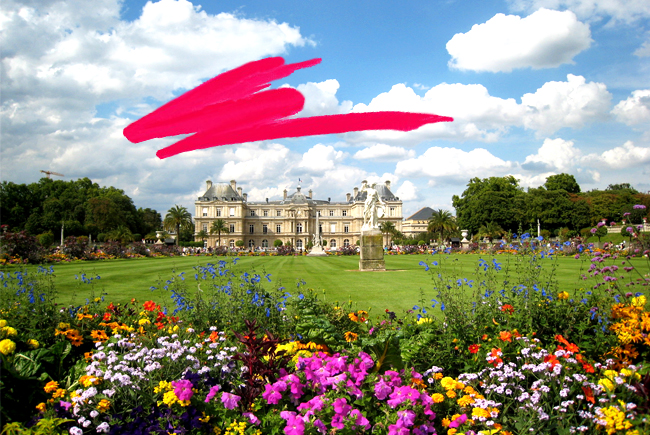 The Landscape: A horticultural extravaganza (and one of the most beautiful gardens in the city), the Luxembourg gardens are home to serene lawns, beds of daffodils and hyacinths, a carousel and a basin for floating toy boats.

Swatch-to-Garden Connection: A color that’s both lively and impeccable? In Paris? Parfait.

Inspired By: Maiella (aka Majella) National Park in Abruzzo, Italy

The Landscape: A dream of mountain wildflowers, located in on a limestone massif. 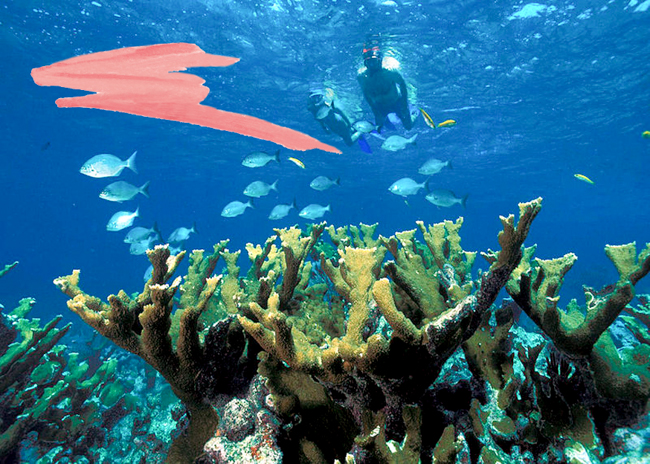 Distinguishing Features: A spectacular mix of lapis waters and miles of coral reef buzzing with sea life, this park is 95 percent aquatic. 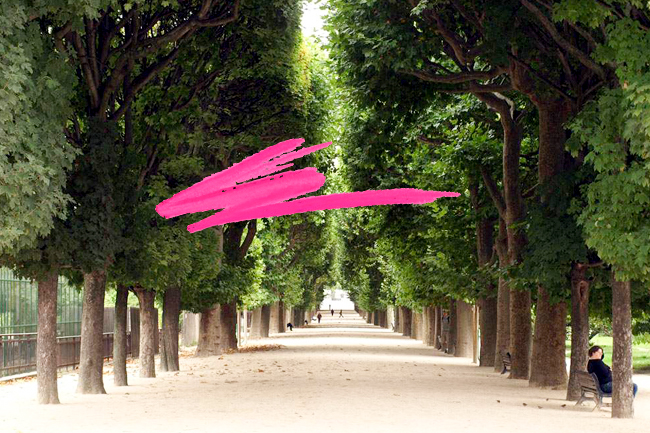 The Landscape: 4500 plants (growing in a rose garden with hundreds of species, an Alpine garden, and exotic hothouses to name a few) complement a botanical school, galleries and a small zoo.

Swatch-to-Garden Connection: For a garden filled with wildly diverse species, only an equally wild color will do. 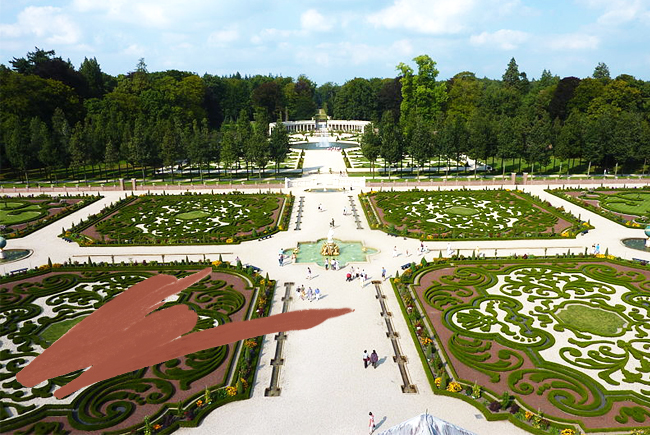 The Landscape: Imagined, in the 17th century, as the understated counterpoint to all the excesses at Versailles, the gardens here include parterres with box hedges manicured into (comparatively) simple shapes, fountains, a museum and an orangerie.

Swatch-to-Garden Connection: The subtly gilded color is a nice homage to the earthy parterres inside a property built to be both luxurious and unassuming.

Inspired By: Afif-Abad (aka Golshan) Garden in Shiraz, Iran

The Landscape: One of the oldest gardens in the region, Afif-Abad houses a teahouse, Turkish bath and (ehrm?) weapons museum housed in Ghajar-style architecture.

Swatch-to-Garden Connection: One look at the jaw-dropping tilework and you’ll see why it’s a lock for any shade of warm, reddened sultana. 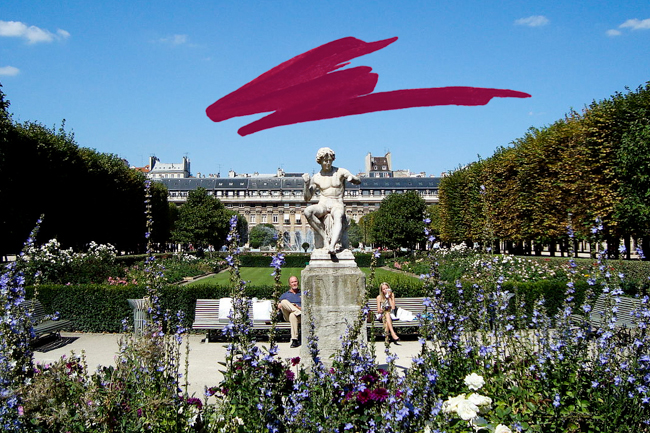 Swatch-to-Garden Connection: A rich berry has a way of evoking royalty, and royal gardens. 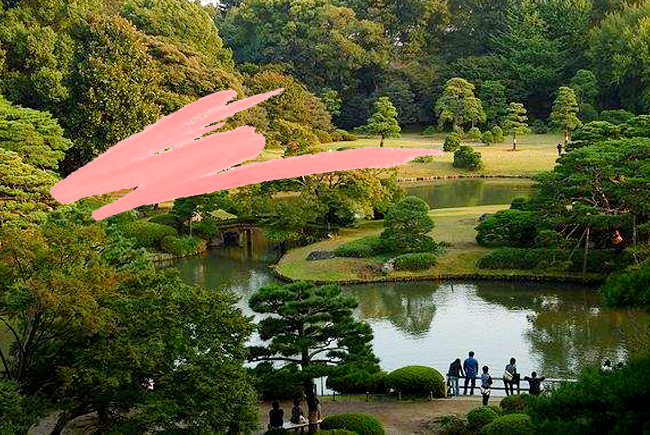 Swatch-to-Garden Connection: The color is spot-on with the soft pinks of the park’s weeping cherries. 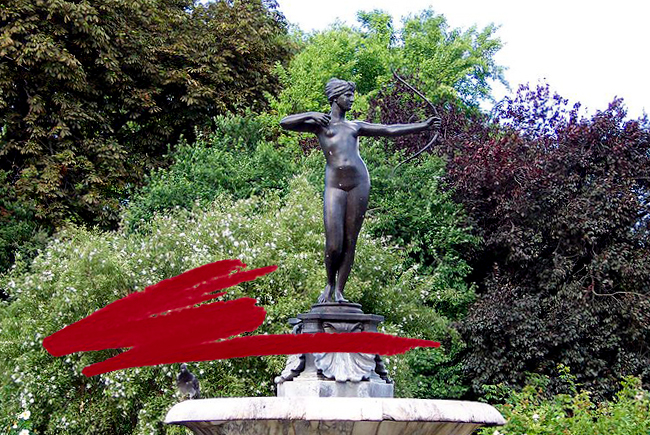 The Landscape: 350 acres of silver birches, maples, roses, tulips and a legendary Weeping Beech are divided by the Serpentine, the recreational lake that hosted swimmers during the 2012 Summer Olympics.

Swatch-to-Garden Connection: Walk a few minutes east and you’ll spot the (red!) coats of the Queen’s Guard at Buckingham Palace. 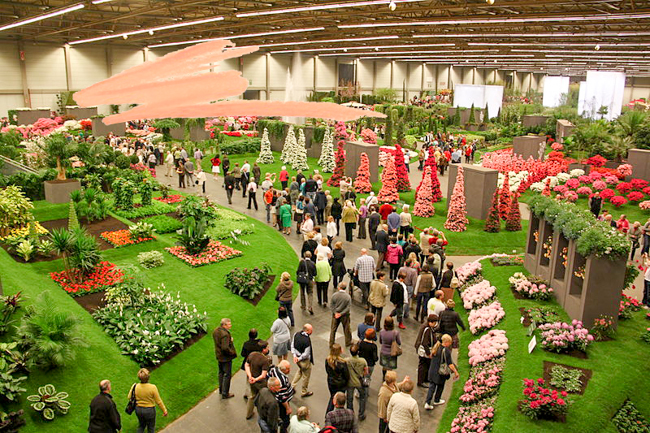 Inspired By: The Floralies exhibition in Ghent, Belgium

The Landscape: Operating since 1809, this international horticultural exhibit features some of the most pioneering work in floral design and plant experimentation. It’s also the largest indoor garden in the world, when it opens its door every five years to hundreds of thousands of visitors.

Swatch-to-Garden Connection: This pale peach is surprising considering the kaleidoscope of blooms the show is known for, but maybe it’s a nod to the blond woods used in the expo space…? 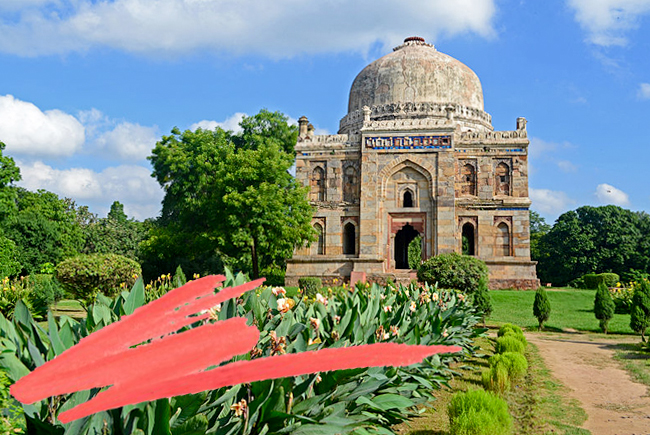 Inspired By: Lodhi (aka Lodi) Gardens in Delhi, India

The Landscape: Palm trees, lush lawns, birds of paradise and even a bonsai collection soften the hefty tombs dating back to the 15th century. (The swan lake doesn’t hurt, either.)

Swatch-to-Garden Connection: Many of the domes and gates at sunset radiate a similar peachy orange glow.