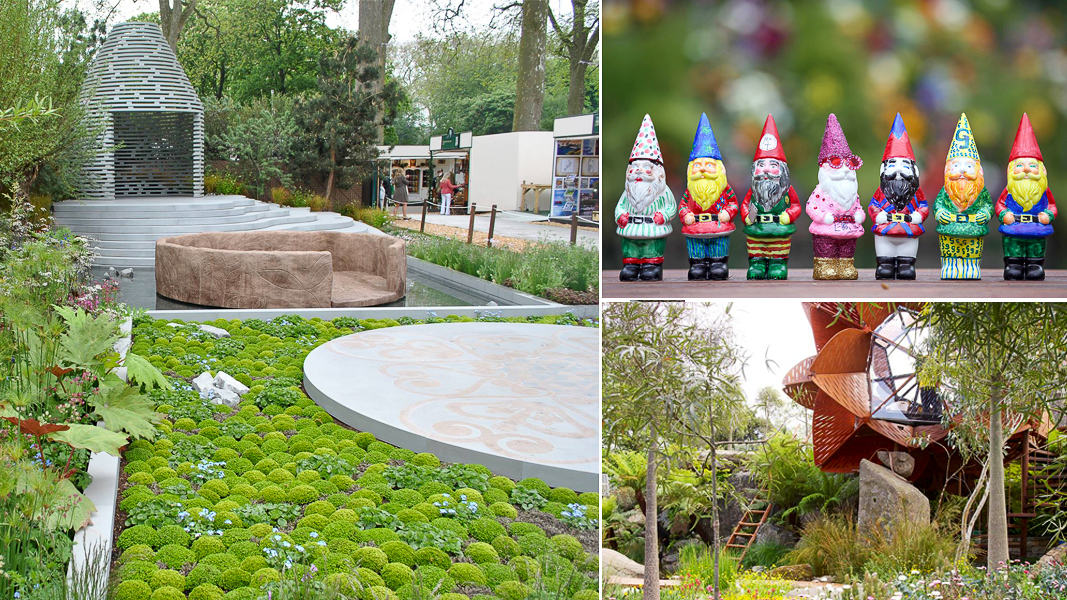 24 May What We Read: All Things RHS Chelsea Flower Show — From Prince Harry’s Garden to the Great Gnome Debate

This week, we couldn’t get enough of the cheery woodland blooms, dignified hedging and audacious sculpture that filled the annual RHS Chelsea Flower Show, now in its 100th year. The garden scenes and scandals (yes, scandals!) are providing us with lots of inspiration as we rethink our own landscape for summer:

✚ The show’s winners are wonderfully diverse. Best show garden went to Trailfinders Australian Garden designed by Phillip Johnson and presented by Fleming’s Nurseries. The submission was a model for an exciting urban Australian garden (in the lower-right photo at top), featuring native plants like kangaroo paws, tree ferns and a Queensland bottle tree. Other medalists included a display of alliums and amaryllis, and “After the Fire,” an interpretation of a forest regeneration. (via RHS.org.uk)

✚ Over on the Guardian’s gardening blog, garden designer and Chelsea vet Thomas Hoblyn lists his own favorites, including a space exploring its designer’s struggle with rheumatoid arthritis. The space transitions from shaded woodland plants like Canadian bunchberry to a “lucid” garden with a reflective pool, to a “radiant” garden crackling with California poppies. (via The Guardian)

✚ And of course, Instagram is alight with shots from the show: 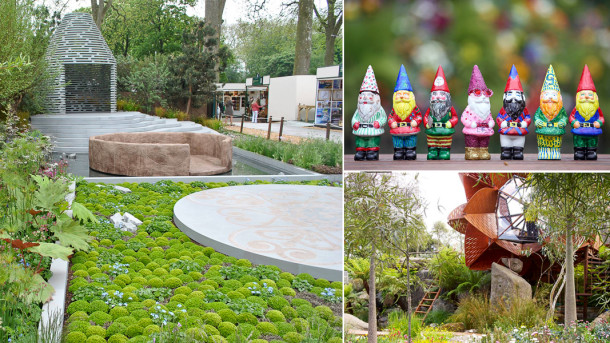 ✚ Never thought you’d see the day when the E! Channel covered the #greatestflowershowonearth? Folks, that day is here — and of course it involves Prince Harry. His Sentebale Forget-Me-Not Garden is presented by his charity, Sentebale, and designed by Jinny Blom.

Check it out in the photo at the very top, on the left: It gorgeously references the terrain, culture and architecture of Lesotho (the people of which his charity serves) through sober stonework and hopeful flowers like night phlox and (of course) forget-me-nots.

✚ And because every show needs a sideshow, this week there was a dust-up over a set of gnomes crashing the garden party. The New York Times covers the controversy, which involves a collection of pint-sized ornaments decorated by celebrities like Helen Mirren, Dame Maggie Smith and Sir Elton John. At press time, they’re going for as much as £1340 on eBay. (All proceeds will go back to the Royal Horticultural Society’s Campaign for School Gardening.) (via The New York Times)

We wish you all the best this holiday weekend! And since we’re on the topic of Maggie Smith, we’ll leave you with this snippet from the Dowager Countess:

Gnomes, Trade Shows, What We Read