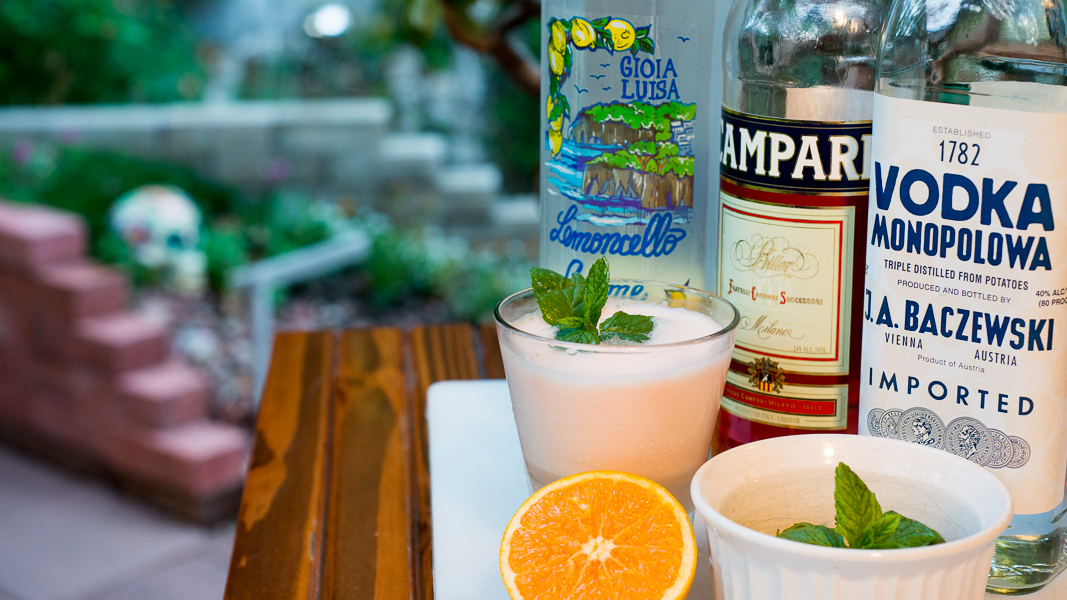 30 May When Life Gives You Limoncello: Make a Sorrento Shake!

As soon as the seasons change, there’s a cocktail or an ingredient that becomes the center of our drinking universe. This summer, it’s limoncello that’s scratching our boozy itch.

There are many, many, many recipes out there for DIY limoncello. A liqueur and digestif with intimate ties to Naples, Sorrento and the Amalfi Coast, limoncello at its best is an afterdinner treat that echoes its star ingredient, the lemon, in the most elegant and balanced way possible. That is: tart but not bitter, pleasant but not sugary — fruity, but with teeth.

We have considered crafting our own stuff. Instead, minutes before friends dropped by last Friday, we hightailed it to our local BevMo to purchase an Art Nouveau bottle that had mesmerized C on a previous trip. We were excited to experiment with Gioia Luisa’s milky limoncello crème in particular. 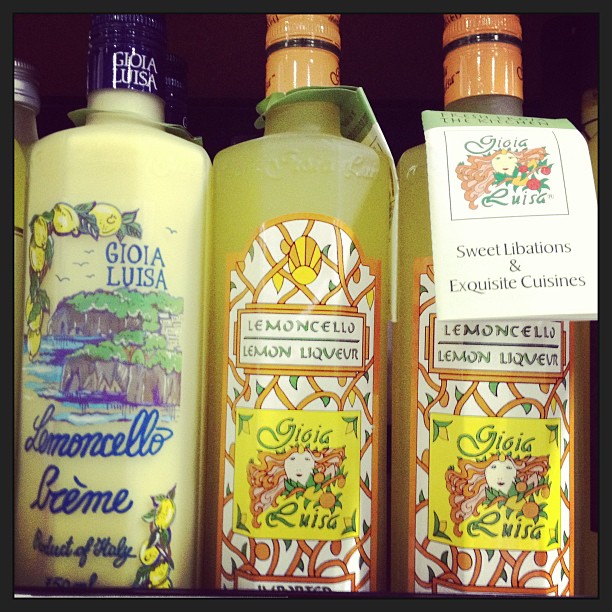 The card on the bottle recommended blending it with ice, which made us think of other things that taste great blended with ice…like fresh-squeezed orange juice…and…Campari.

The result was a frothed, frozen alternative to the Serrano cocktail (via Imbibe), plus a garnish of garden mint. In our drink, the very adult sting of the classic Campari/OJ combo is mellowed by the limoncello crème, whose milky character connects naturally with the vodka base.

Plus, it’s a simple and impressive drink-sicle to serve to your thirsty summer guests.

fresh-squeezed juice of one-half of an orange (about 1 oz.)

Combine vodka, limoncello crème, Campari, OJ and ice in blender or mini-blender, then blend until smooth. Garnish with a healthy sprig of mint.

In the video below, C demonstrates (at 2x speed) how to make this easy-squeezy drink.