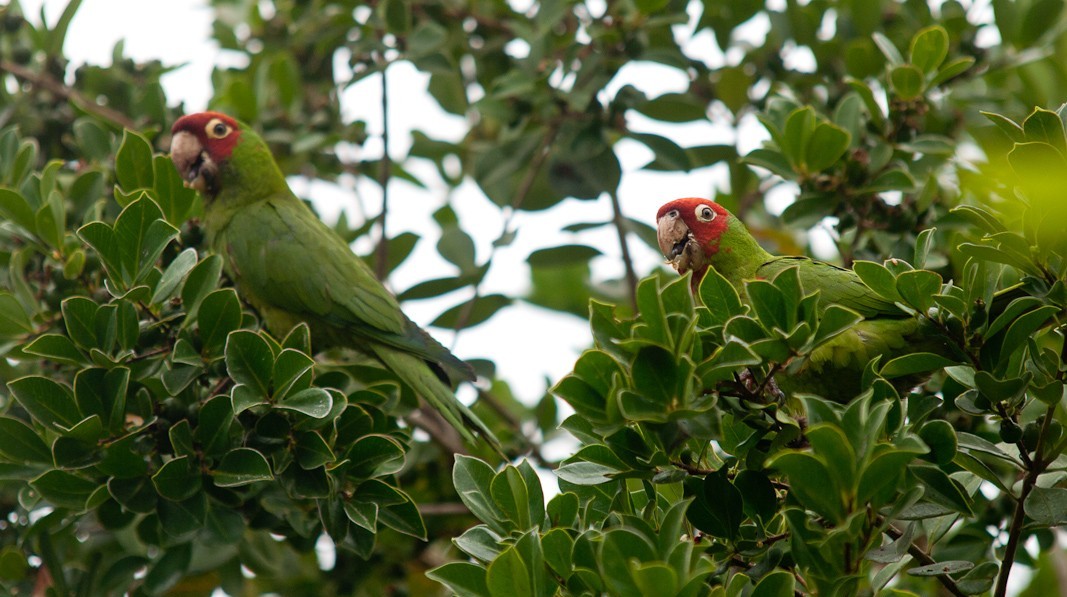 17 Oct Squawk of the Town: Wild Parrots Are Coming for You

We appreciate a compelling fish-out-of-water story (Coming to America, Through the Looking-Glass, Splash…)  — especially when there’s one unfolding in our own backyard.

The premise: a gang of tropical birds tries to hack it in the big city.

Every summer and fall, feral red-masked parakeets descend on our strawberry guava tree, where they post up from the early morning to the late afternoon, to munch on half-ripe fruits. (They have no use for the adjacent pineapple guava, the one that recently yielded a stellar gin infusion.) When there’s a half-dozen wild parrots squawking bloody murder outside your bedroom window at 6 a.m. — well, good luck going back to sleep. 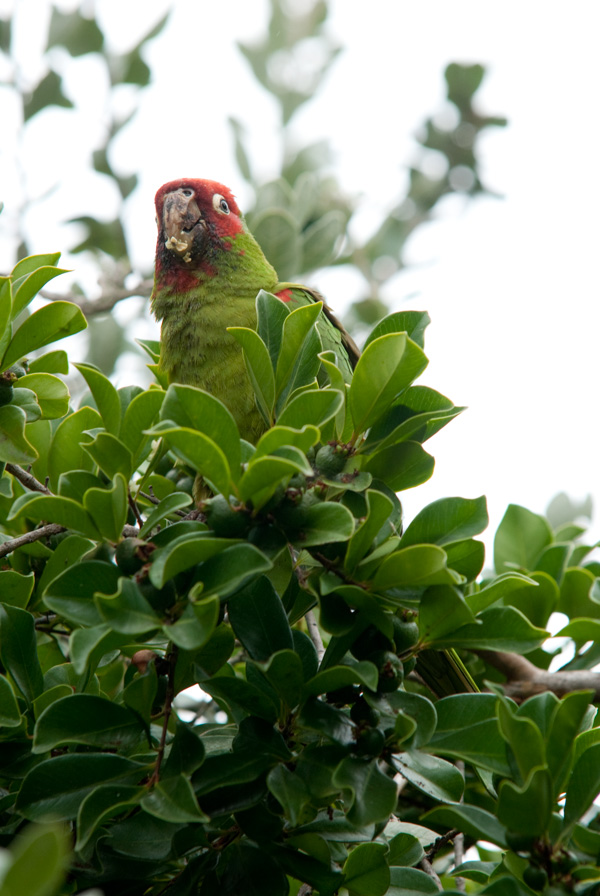 One messy eater goes to town in our fruit tree. 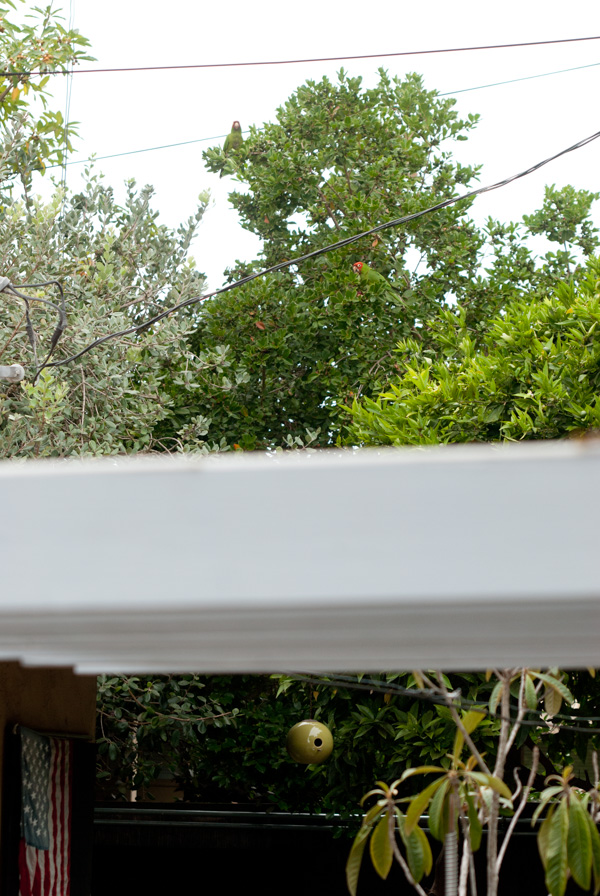 Not that we don’t admire their pluck! There’s a significant population of feral non-indigenous parrots and parakeets living here in California. And just like with their cousins out in Brooklyn, the story of how they came to roost on the West Coast is a speculative one. The dominant theory about the New York birds involves a “great escape”: according to Brooklyn Parrot, a crate of parrots from Argentina may have been accidentally opened at Kennedy Airport during the late 1960s. Out here in California, naturalized parrots are most likely exiles from exotic pet market (both legal and black-market) from Mexico, Ecuador and Peru.

The California Parrot Project has the run-down on species and places. You’ll find these hyper-social, jazzy birds stalking fruit trees from Pasadena and La Jolla, as well as in the Bay Area, where the poignant, irresistible documentary The Wild Parrots of Telegraph Hill was filmed.