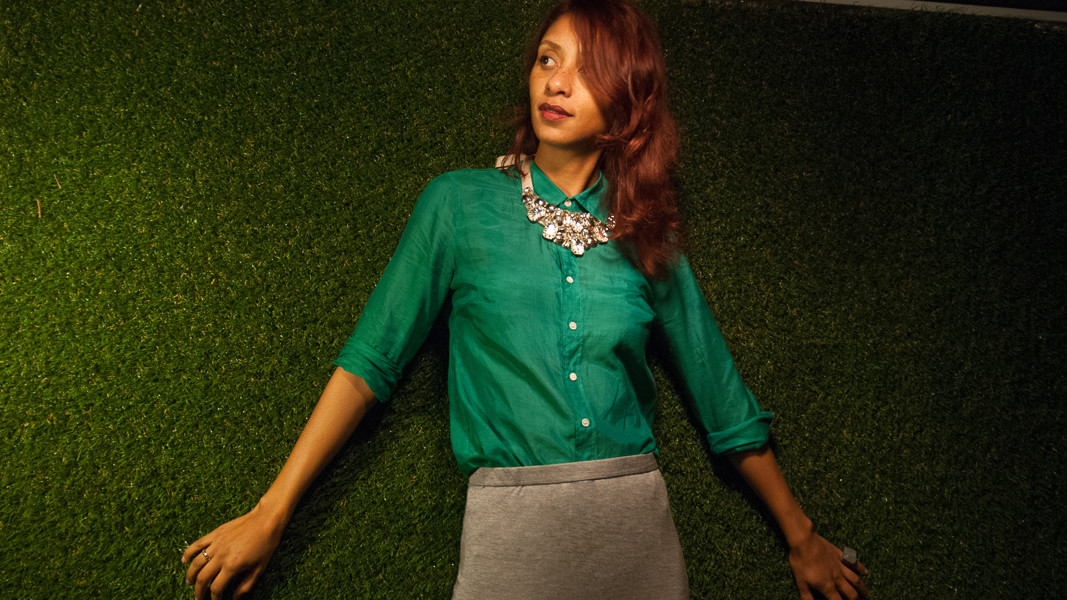 07 Feb Emerald City: Make Pantone’s Color of the Year Work on Your Turf

Posted at 09:51h in Our Garden, Style by Chantal Aida Gordon 0 Comments
Share

Hue arbiter Pantone has decreed its color of 2013, and it’s emerald. Lush, energetic, gemmy emerald, Pantone Color #17-5641. Even though I’m a gardener, I gotta say: I was torn at first.

We don’t really go out of our way to acquire emerald pieces for our house — with the exception of our plants, of course, and a few ’60s green glass bottles here and there. Chrome, white, redwood, tangerine and robin’s egg blue are our core shades; when it does come down to green, we lean more avocado. (I did wear green shoes at our wedding, though!)

But the emerald thing is growing on me.

For starters, the Resort 2013 collection of irrepressible French label Sonia Rykiel is dotted with what the design team has named “David Hockney emerald,” which enlivens suit separates and a jumpsuit that manages to be both intimidating and comfy-looking at the same time. (Image credit: Sonia Rykiel.) 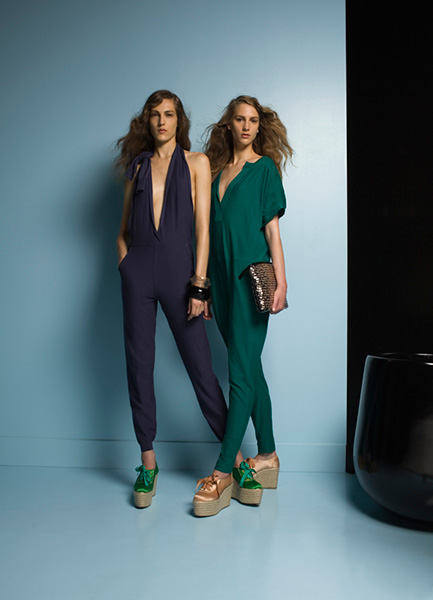 And how could we resist a color that radiates from some of our favorite horticulture? It’s the very essence of a thick wall of ivy, or a heap of radioactive pinecones dropped from a bunya-bunya tree. 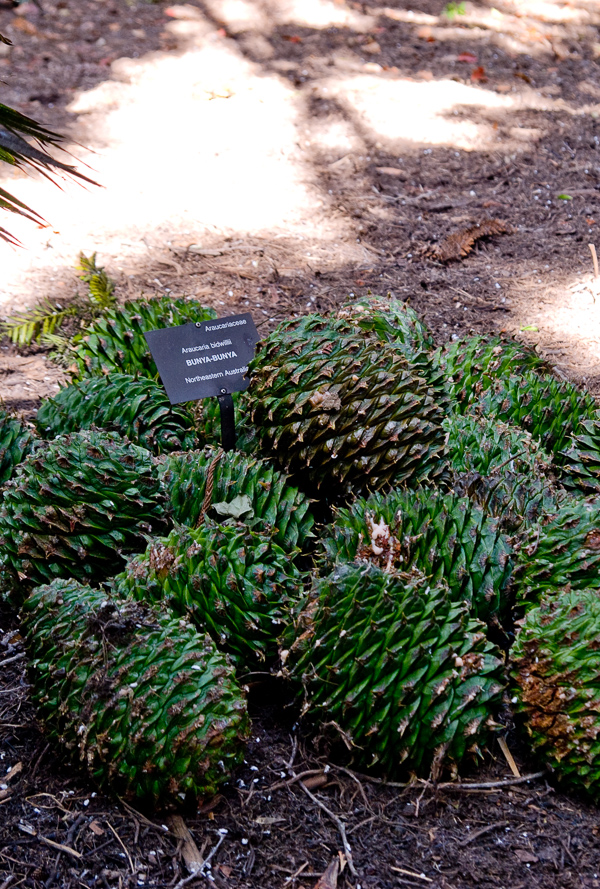 The football-size cones of the bunya pine. 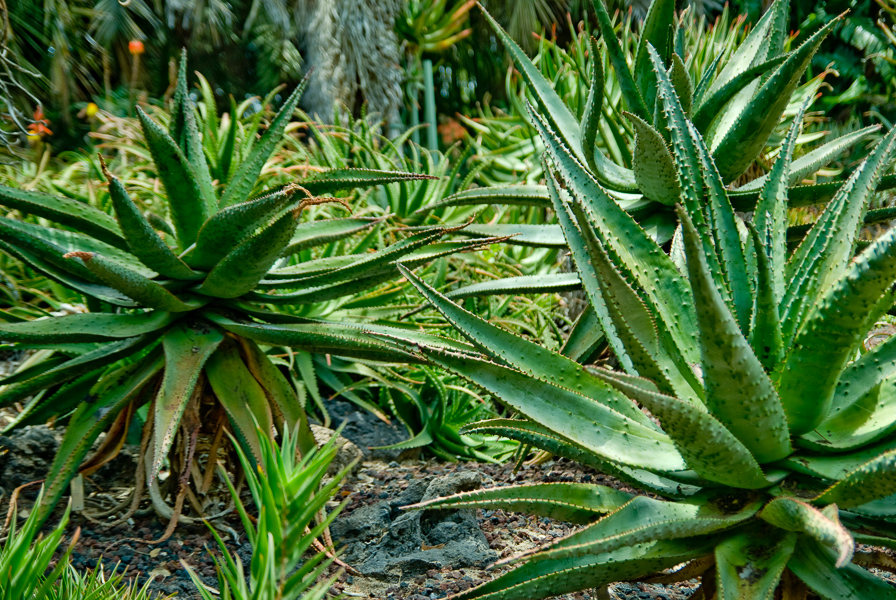 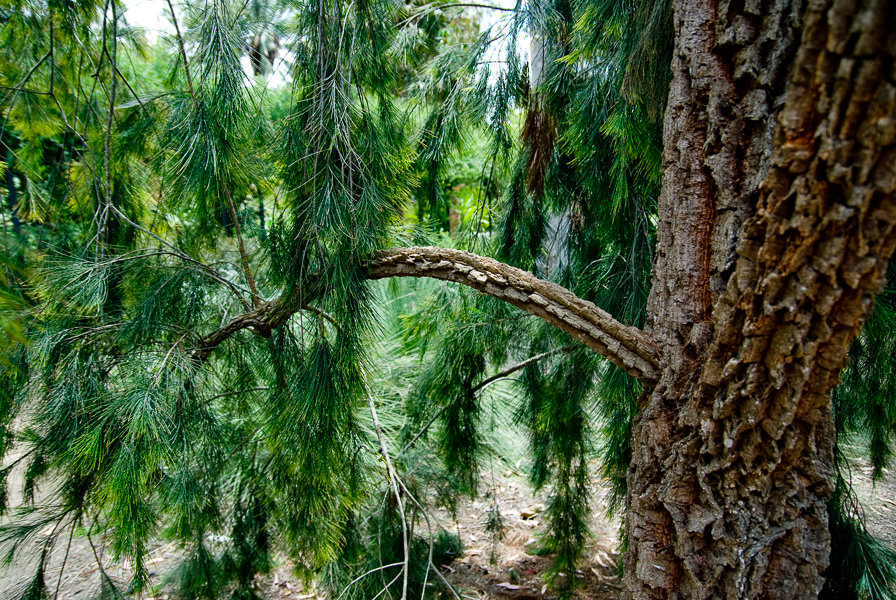 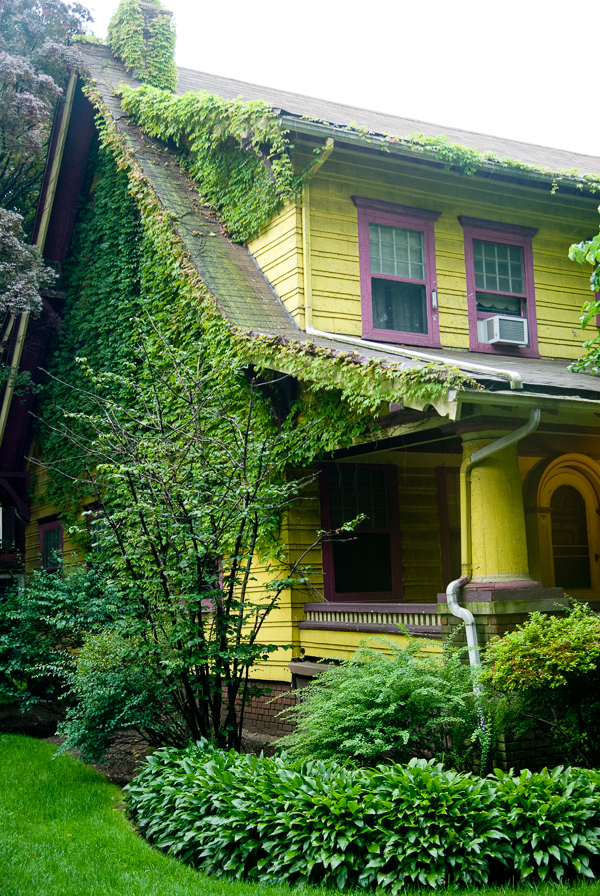 A leafy emerald facade near C’s grandmother’s place in Brooklyn.

When it comes to inorganic objects, though, it’s a frighteningly short slide from the Crown of the Andes to cheap Frankenstein green. The key is to aim for punches of color: a viridian clock against an ivory wall, emerald pillows thrown onto peachy upholstery, et cetera. The housewares below caught our jealous eyes — and ditto the clothes and accessories we could use as camouflage in case we ever need to hide out in our guava tree. 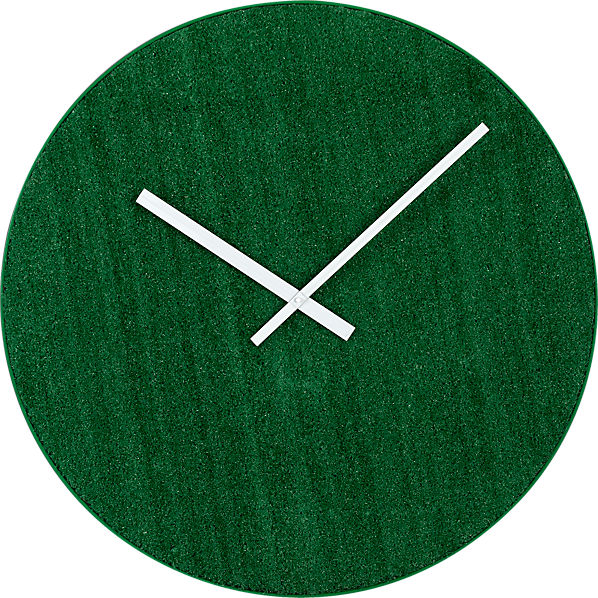 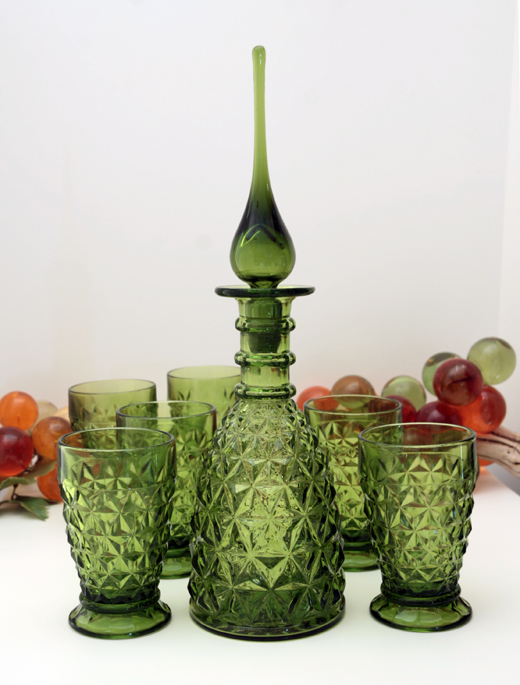 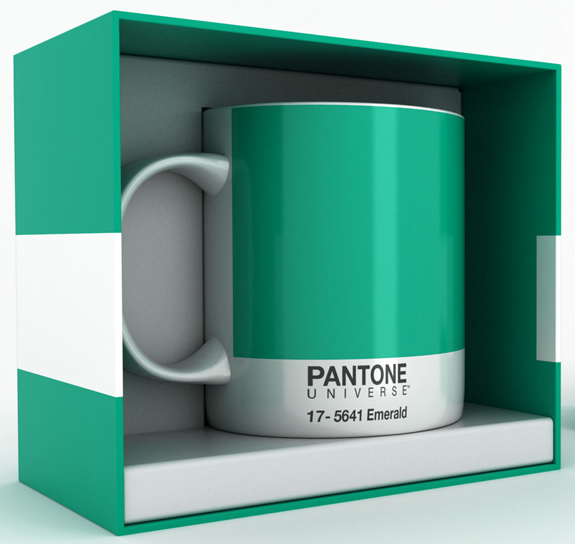 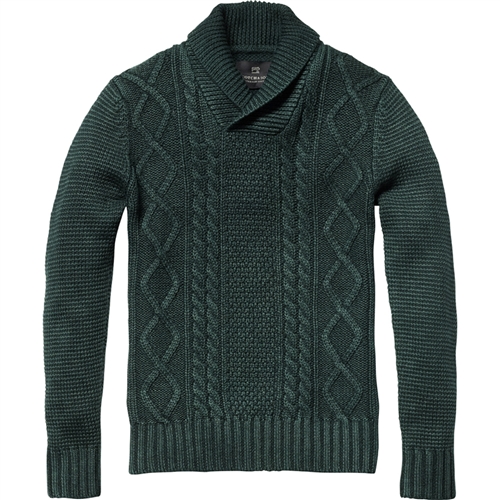 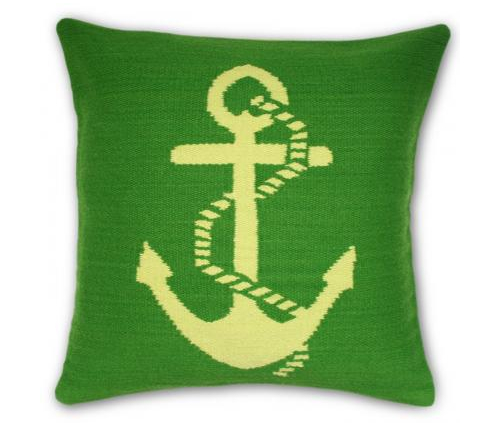 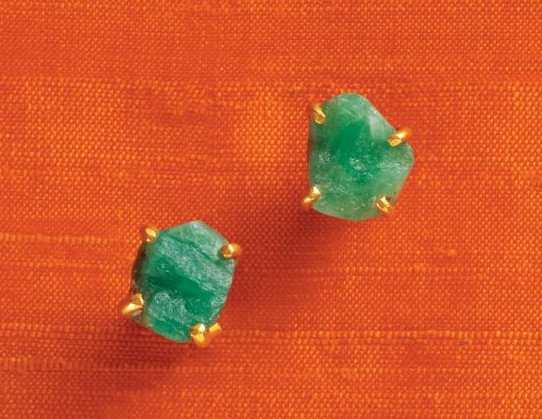 Kate Spade’s emerald studs, $495, made by Afghan artisans of the Turquoise Mountain Foundation. 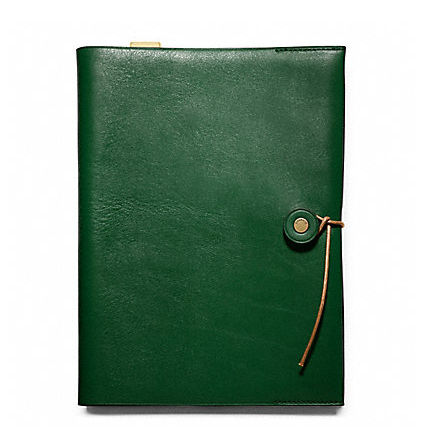 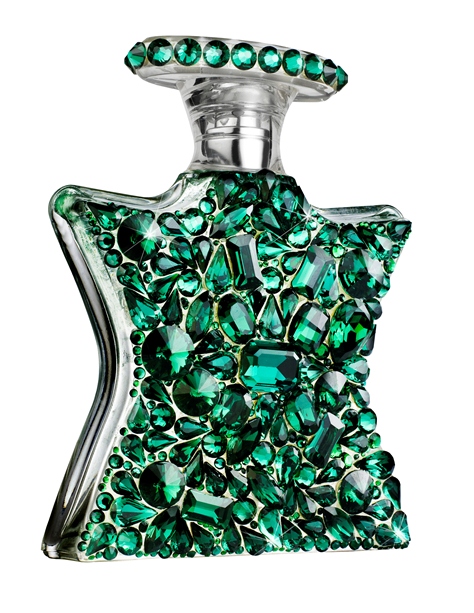 If you’re feeling extra flossy, this $1,000 bottle of New York Musk by Bond No. 9 is covered in Swarovski crystals and contains notes of osmanthus flower, green lilies, nutmeg, musk, patchouli and vetiver. 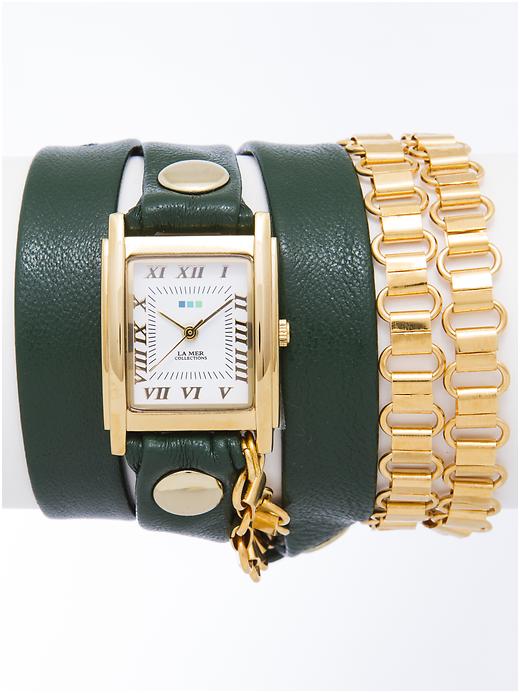 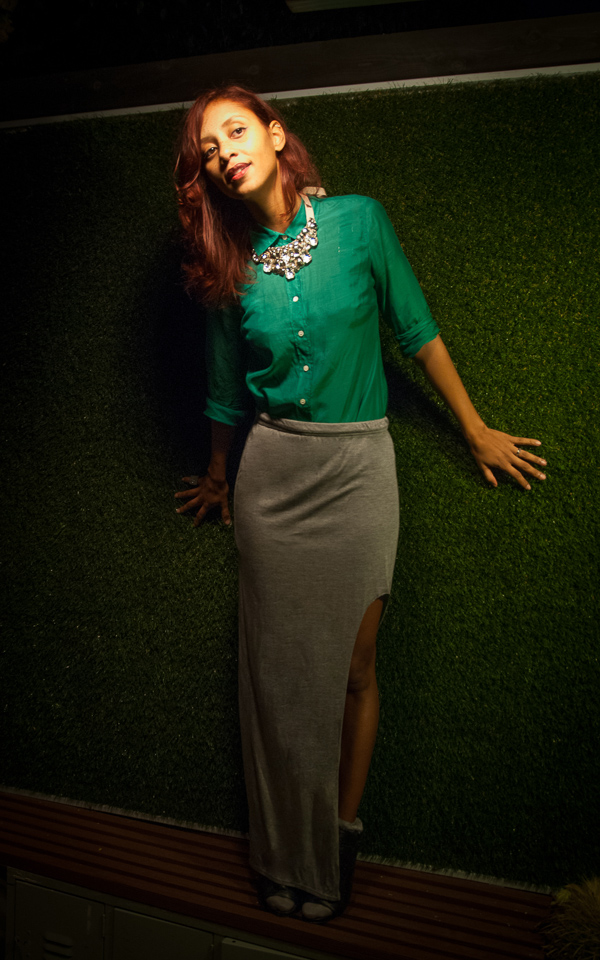 Last year, RB built a frame and filled it with turf. It mostly serves as a fun outdoor wall, but come summer, we’re sticking it on top of the arbor and using it as a sundeck. In this photo, C is wearing a silk-blend shirt from J. Crew, a Helmut Lang skirt, and shoes by Opening Ceremony.

“Green is the most abundant hue in nature — the human eye sees more green than any other color in the spectrum,” Leatrice Eiseman, executive director of the Pantone Color Institute, said in the related press release. Going through Pantone’s past colors-of-the-year is an interesting trip down Zeitgeist Lane. “Chili Pepper” in 2007 exuded naive pizzazz; yellowy “Mimosa” of 2009 was all about hope, innovation and reassurance. Emerald is meant to represent renewal, prosperity, growth and unity, all apt wishes for 2013.

So, who else is going green this year?