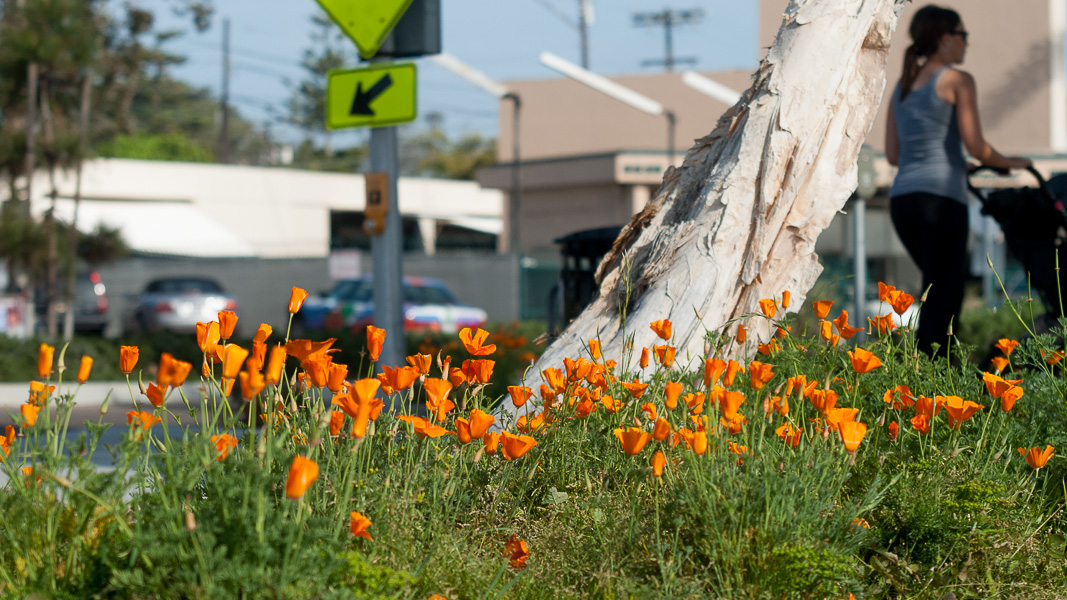 Right now, California poppies are blanketing the sidewalks of our neighborhood. Eschscholzia californica is the official state flower; its tender stems and highlighter petals can be seen mobbing fields from Baja to Marin to Antelope Valley. The latter region is famous for its miles of spectacular orange poppies that unfurl every year, but sadly — due to a dry winter and recent hot days — it looks like 2013 might be a bust in the wildflower department. 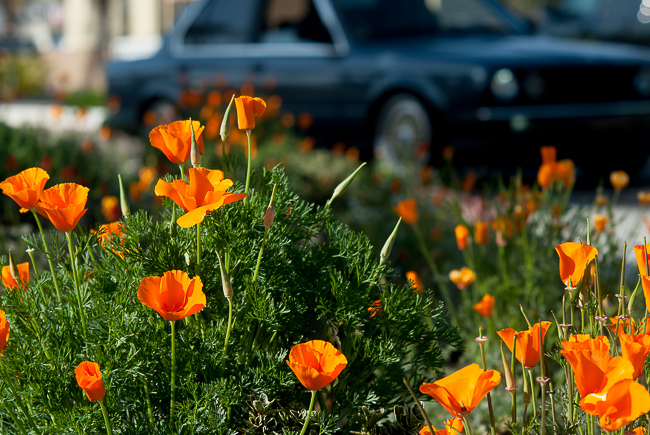 A pervading myth contends that it’s illegal to pick a California poppy because of its special status. Fact is, the papery little Eschscholzia californica isn’t covered by any special protection besides the usual ordinances against removing wildlife without permission. But since we are on the topic of illicit things: Although the California poppy doesn’t produce opium like its distant cousin Papaver somniferum, it has been touted for its analgesic and sedative effects.

We admit they are pretty dreamy.