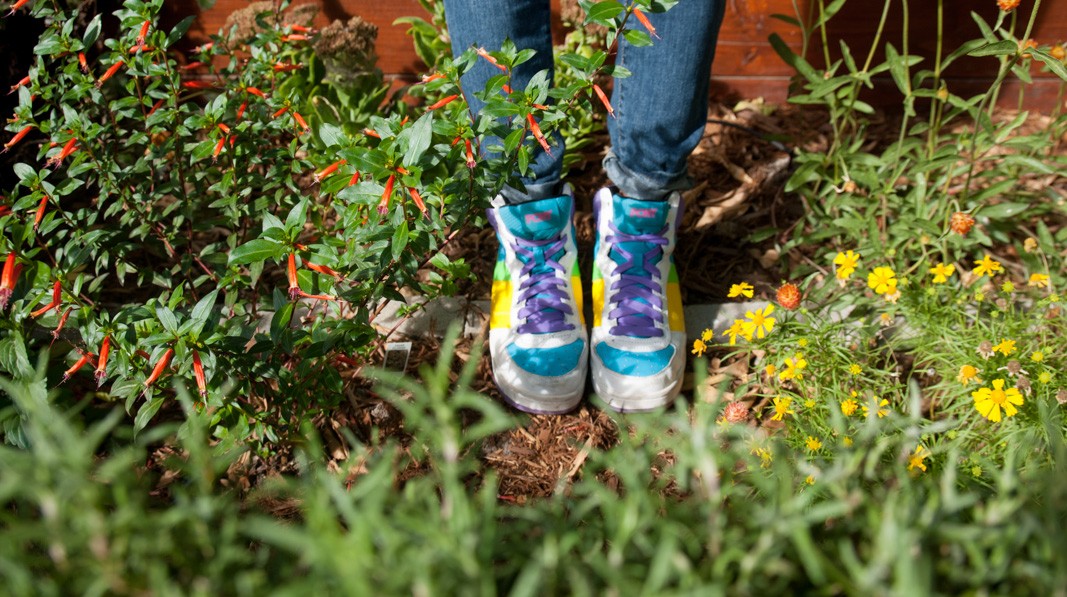 18 Nov In Defense of Late Bloomers

One of the things RB and C have in common is that we’re late bloomers. We won’t get into all the clammy high-school specifics, but it’s something that we bond on.

So — it’s no surprise that late autumn flowers endear themselves to us. The cigar flower (above left) adds fiery interest to our fall flowerbed, in a red-orange that goes beyond your typical burnt November saffron. Even the magenta pistils suggest a lit fuse.

Above, C wades into the flowers, stepping on the bricks RB set down to allow us to move between rows without trampling the soil, which is topped by a lovely bug-repelling cedar mulch. The bidens (“the daisy follows soft the sun…”) and papery bachelor buttons (aka Gomphrena globosa aka globe amaranth) preen toward the reclining light in shades of yellow and peach, respectively, nearby.

Another note on the globe amaranth: It’s used to make tea in Trinidad and Tobago, where C’s family is from.

Not that it’s all sunshine and earthworms around here. There’s an echinacea-shaped hole in our hearts because of some cone flowers that didn’t make it. ‘White Swan,’ second from the left, we hardly knew ye: 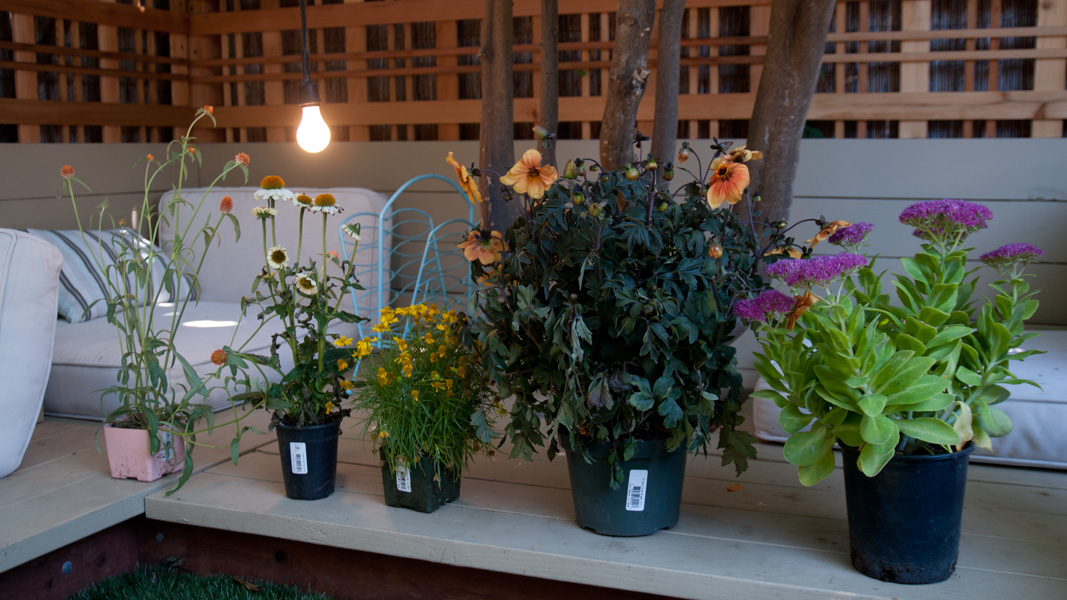