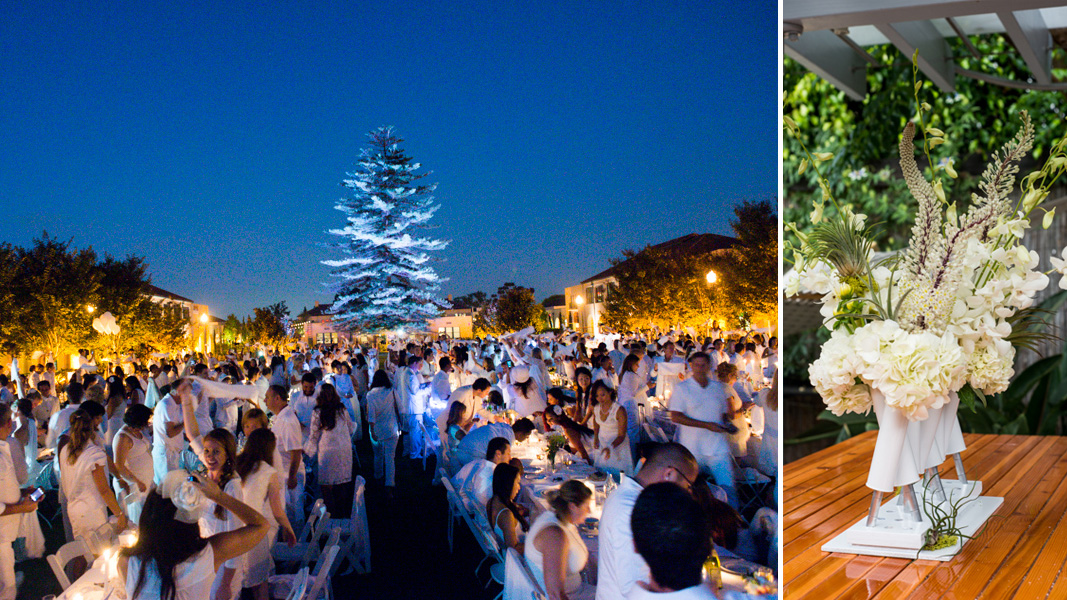 Updated on September 22, 2013: Last Thursday we, alongside 1,600 other guests, wined, dined and danced at Dîner en Blanc. The secret-until-the-last-moment location turned out to be a verdant arcade within Liberty Station in Point Loma. RB designed and built the vase pictured above and described below, and legendary florist Adelaide’s did a spectacular job arranging the flowers for it: white hydrangea, dendrobium orchids, dahlias, tillandsia, squill and reindeer moss united to create a display that was expressive, sculptural and outrageously romantic.

Want to see photos from the party? Check out the gallery below. Candlelit moments, dancefloor shenanigans, and our pick for the number-one table setting of the night (in slide #10) are all ahead. We’ve included other centerpieces we enjoyed, including inventive installations of seashells, feathers, LED lighting, baby’s breath and white roses:

And here’s your behind-the-scenes look at our centerpiece design process, leading up to D(îner)-Day:

When we were asked us to design the event’s signature centerpiece, RB jumped at the opportunity to create a modern, functional, mixed-media sculpture. Incorporating a beautiful, night-of floral design by Adelaide’s La Jolla, this centerpiece would be given away on Facebook to the first person to properly ID the following four images: 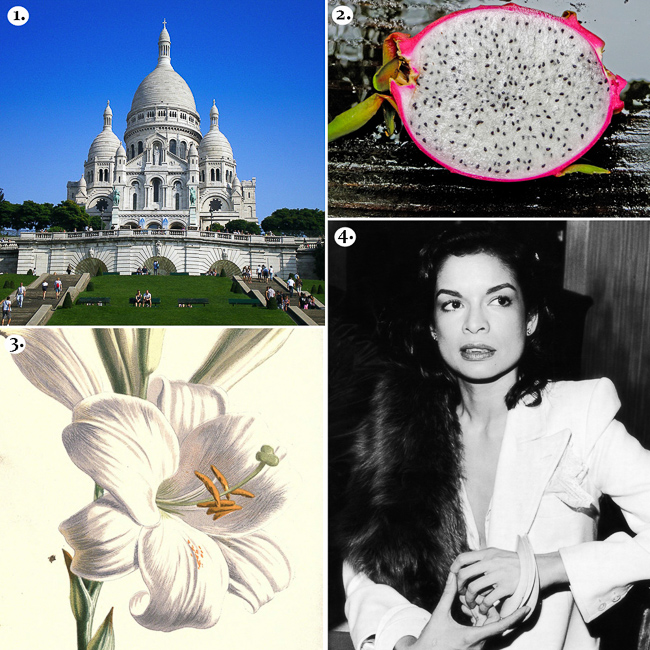 The first registered guest of Dîner en Blanc to properly ID the above four images gets the centerpiece. So, who won? And would you have won? Answers are at the bottom of this post.

The centerpiece had to complement the stylishness and the exuberance of a nighttime pop-up picnic, while embodying the sleek sense of whimsy we hold so dear to our hearts. Other challenges:

– Tables can be no larger than 30″ x 30″. At this modest size, the centerpiece needed to be slim or small.

– The design would need to be white-on-white. Rustoleum’s line of white gloss spraypaint would be our fix.

– Lighting during the event would be minimal at best, so candles would need to be incorporated into the design.

– The design needed to be durable, reusable and transformable. This centerpiece, much like its owner, needs the flexibility to make a fresh appearance at next year’s event.

During the same trip to the military surplus store in El Cajon that RB scored ten ammo cans (which later became our vertical herb garden), a nearby box of decoy flare shells also beckoned. Intrigued by the clean cylindrical shape of these shells and their strong aluminum build, RB initially grabbed four. For about two months they sat on the ledge over our outdoor bar, begging for a purpose. When we started talking about small vases for our centerpiece design, these flare shells found their second mission in life. So we made a return trip to El Cajon to gather enough for the design. 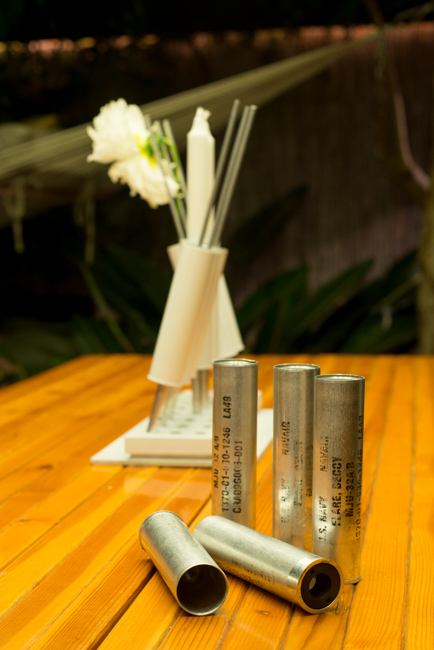 The vases are repurposed flare decoy shells. Defensive flares, often carried by military aircraft, are launched out of these aluminum shells as countermeasures to divert incoming missiles. 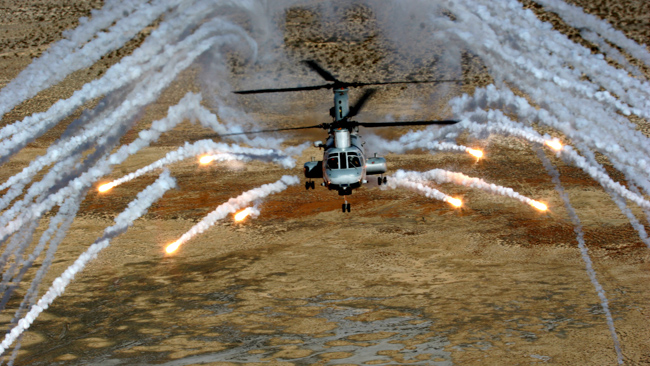 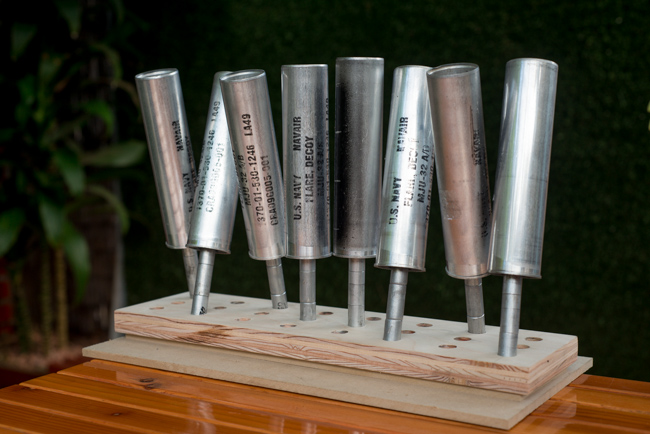 Before getting dressed up in white.

To make the vases watertight, aluminum standoffs were also repurposed and fastened around the back opening of the shell. Neoprene gaskets created an even tighter seal. RB constructed a jig to drill holes in the birch plywood base at consistent 70 degree angles, so the vases would have a sense of movement and interaction. 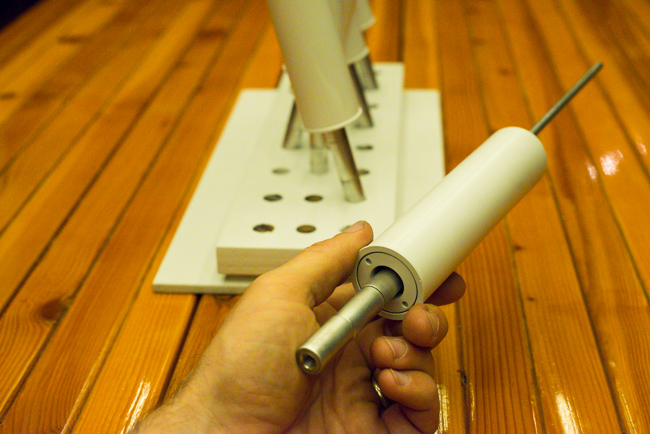 Aluminum 1/4″ standoffs are secured across the back opening of the flare decoys. That along with neoprene-backed washers ensure the vases are watertight. 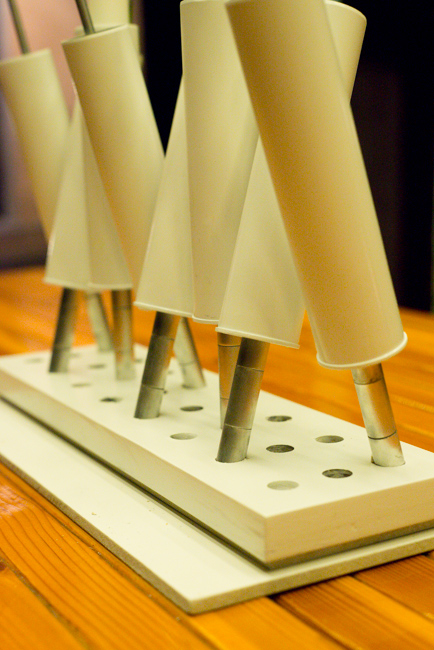 Outer row holes are drilled inward at a 70 degree angles. The center row is drilled at 90 degrees. The result is a pegboard-like base flexible to different arrangements. The vertical vases can also double as candle holders. 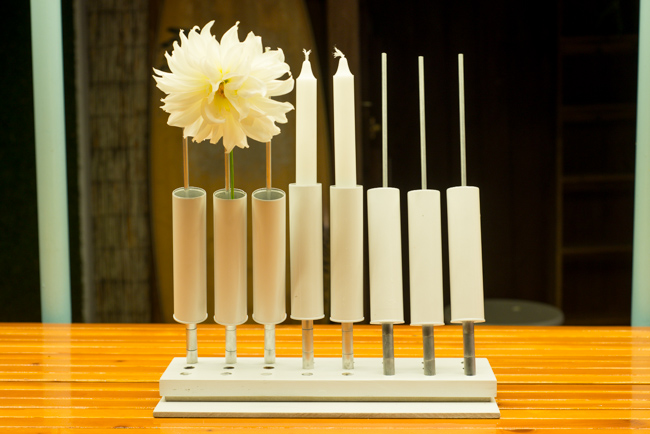 Shorter aluminum tubes penetrate up through the bottom, so the candles are perfectly centered inside the shells. The shell vases containing the candles should also be filled with water to prevent wax build-up at the bottom of the vase. 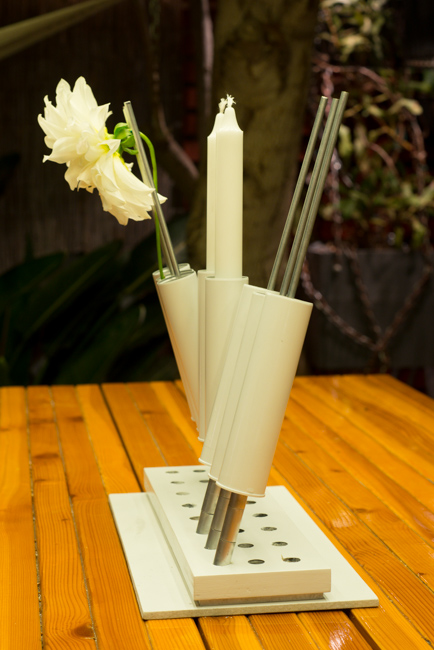 Vases can be arranged differently in the base, allowing the centerpiece to bring a fresh look to future events. 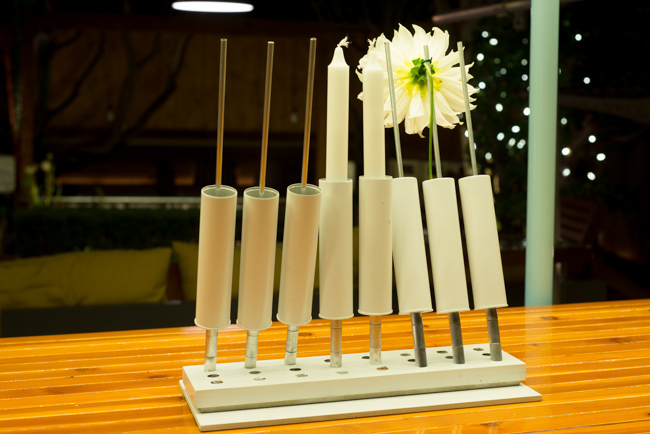 Skinny, hollow, removable aluminum tubes extend out from the center of each vase. These stakes will provide stem support for the event’s floral arrangement, which was incoming. (They could also hold sparklers.)

Okay, we admit that we’re going to miss having this vase at the house, but we are excited to give it away to a design-conscious home. We were also floored by the gorgeous, expressive floral design that Adelaide’s of La Jolla created for our sculpture, a riot of in-season hydrangea, dahlias, squill, dendrobium orchids, reindeer moss, and tillandsia airplants.

It was nothing short of floral fireworks. 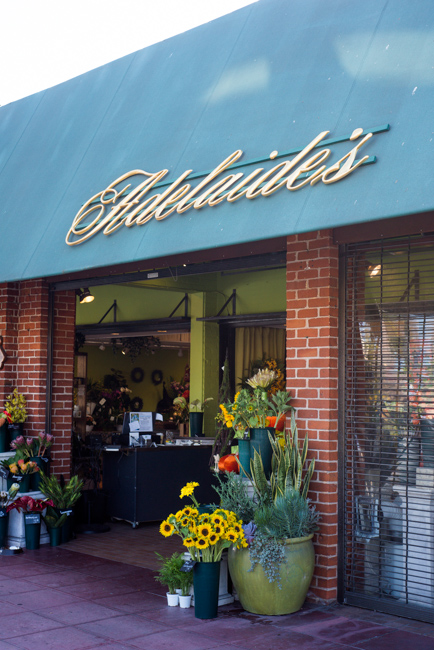 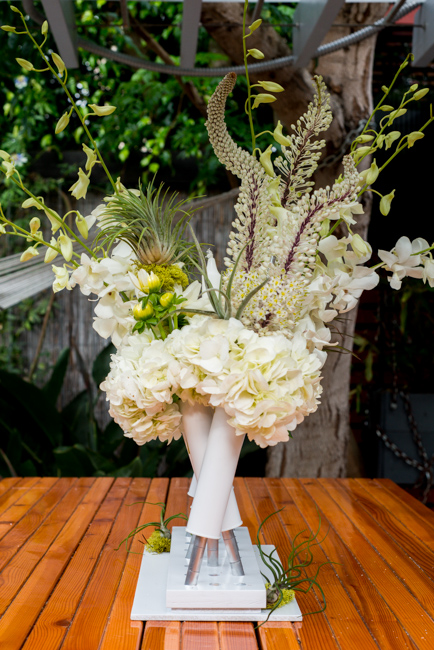 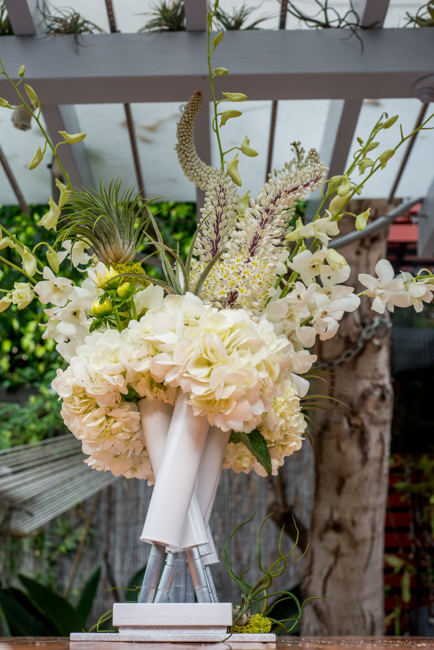 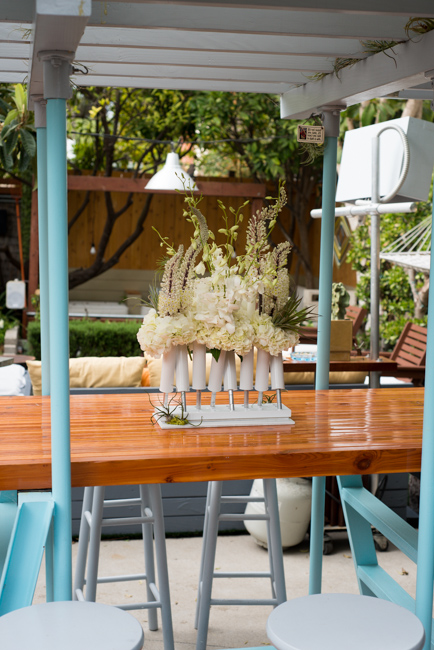 Now, without further ado, the answers to the ID challenge are:

1. Sacré-Cœur Basilica 2. Dragonfruit 3. Lily (that is, a “true lily” from the Lilium genus, so a daylily, for example, would be incorrect) 4. Bianca Jagger

…And our winner is Jessica Powell!