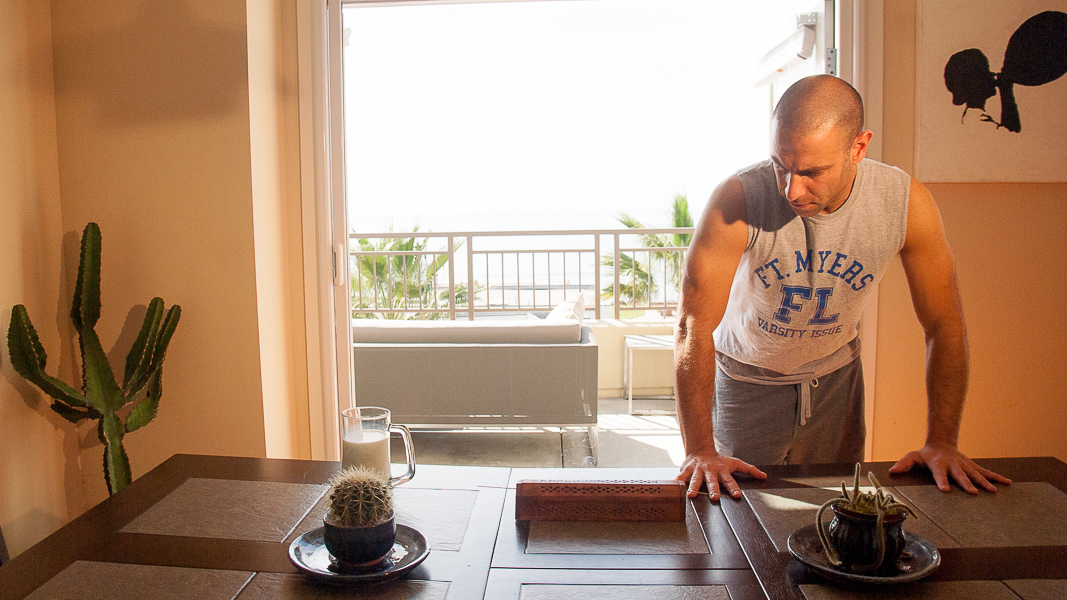 Healer, gourmand and world traveler, our friend Sam Gerson is a key member of our circle of fellow New York exiles, a design-minded group that arrived on these shores in search of sun and cycads.

Last fall he moved into a place by the water in Bird Rock. A few minutes down the street from our house, his third-floor digs are sprawling and sundrenched, with the sense you could walk through the front door and right into the blue horizon.

Plant-wise, Sam, an emergency-medicine physician, is bringing the desert to the beach. His collection includes some drought-resistant stunners like the stately Euphorbia ingens (with a multi-arm impact similar to the iconic saguaro cactus, but native to southern Africa), a cleverly potted aloe, and a couple of cheerful, globular cacti. Non-succulents include a tall tropical Dracaena marginata (Madigascar dragon tree) and some marbled devil’s ivy that frames his bookshelf of Junot Díaz, David Foster Wallace and George R. R. Martin titles.

In addition to his surf schedule, he recently started boxing in his off hours. Below, we catch up with Sam on the afternoon before his first big match. Over a skein of pre-fight milk, he introduces us to his plants, his Dominican-American cat (possibly with diplomatic immunity!), and his new beachside home. 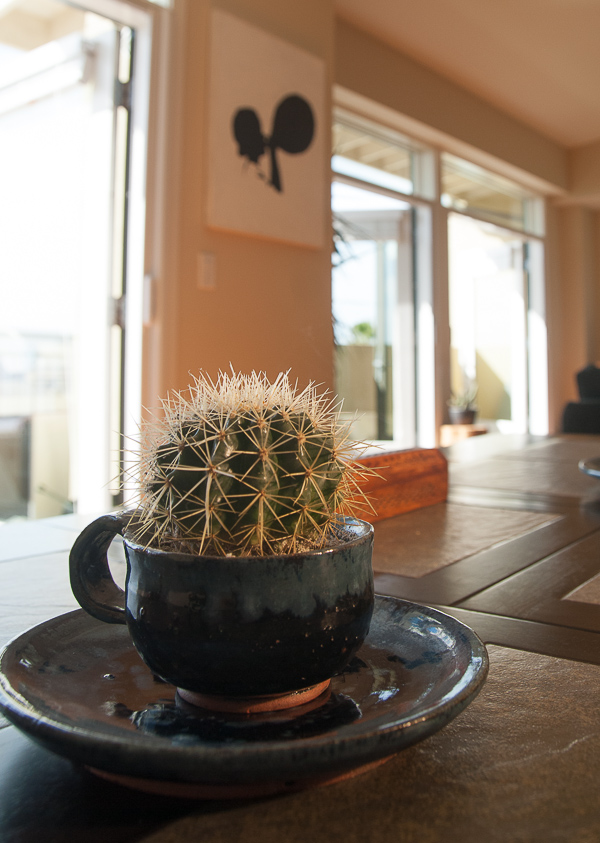 Sam potted this short, stout buiningia cactus inside a mug he threw at RISD during his undergrad years at Brown. (The two schools have an exchange program.) He feels a kinship with cacti because “they are loners, survivors and have prickly personalities…and yet they’re nice to have around.” 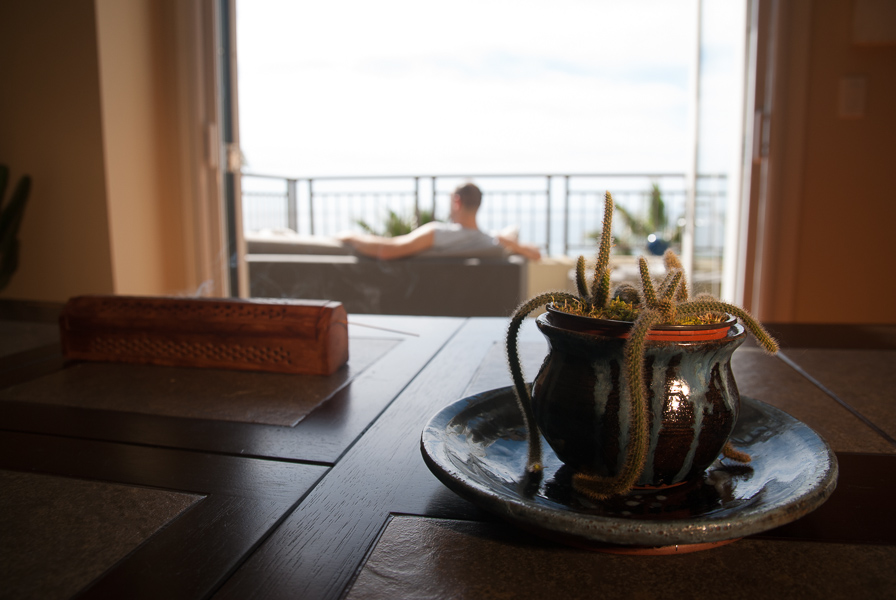 Perhaps the only time you’d ever want to see a rat tail (rat tail cactus, that is) on the dinner table. Growing up in Fort Myers, Florida, Sam was constantly surrounded by palm trees, birds-of-paradise and sand-spurs. “I used to constantly get them stuck in my socks and feet,” he says of the latter, “but I still have fond memories.” 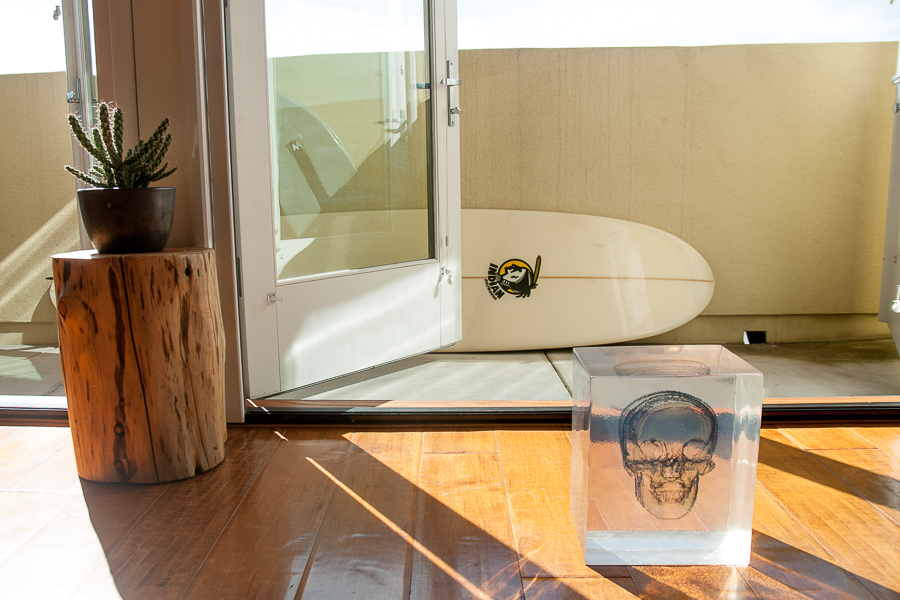 Cactus league: Most of the art at his house, including the glass, acrylic and ink piece above, is the work of Brooklyn-based Dustin Yellin. 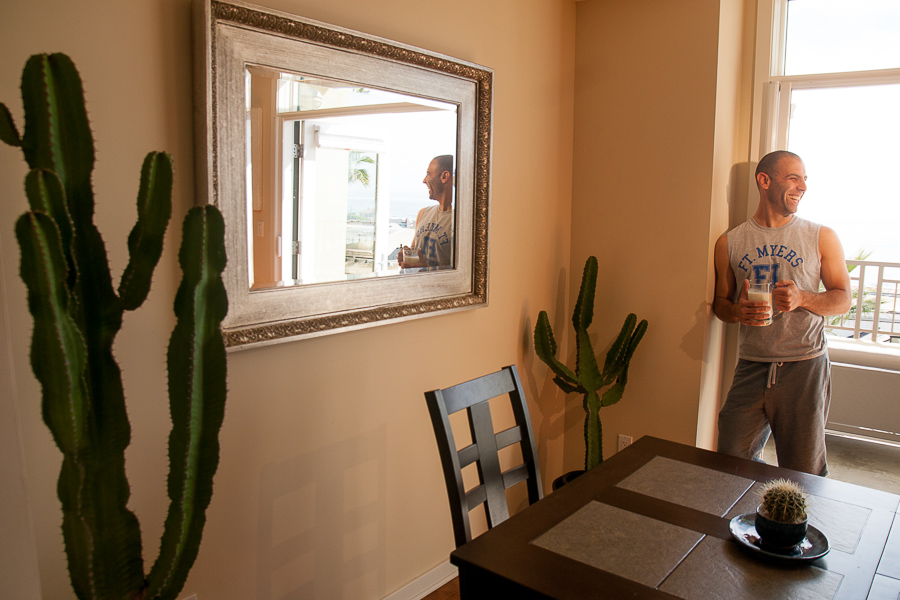 Sam’s Euphorbia ingens are absolute beauts. He picked them up at Exotic Gardens for a song. “I imagine them wandering the desert or being prayed to by some ancient civilization,” he says. 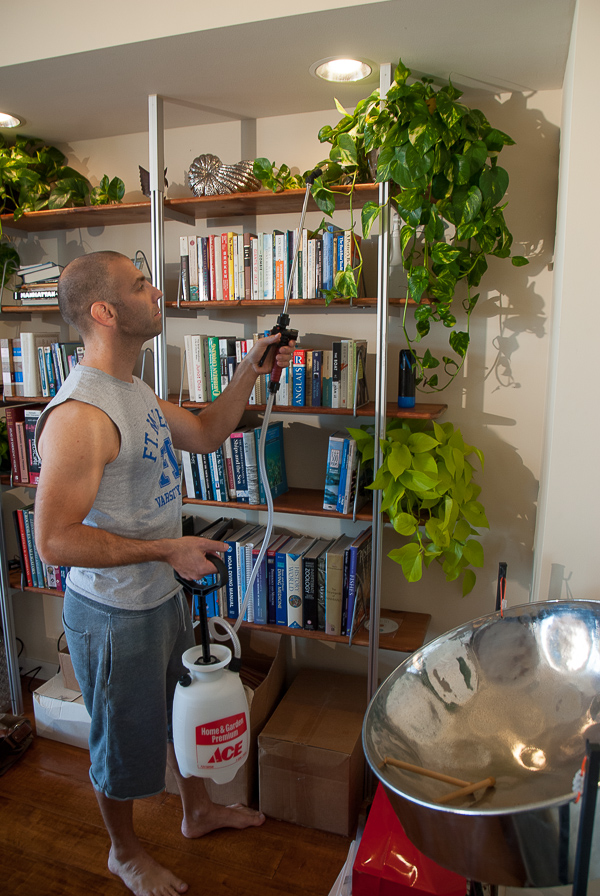 During his emergency medicine residency, Sam lived in Washington Heights, where his house plants were mostly along the lines of the devil’s ivy that currently flanks his bookshelf. He switched to cacti and euphorbia as an homage to SoCal’s surf-and-turf lifestyle and because “they’re the only plants my cat won’t try to eat.” 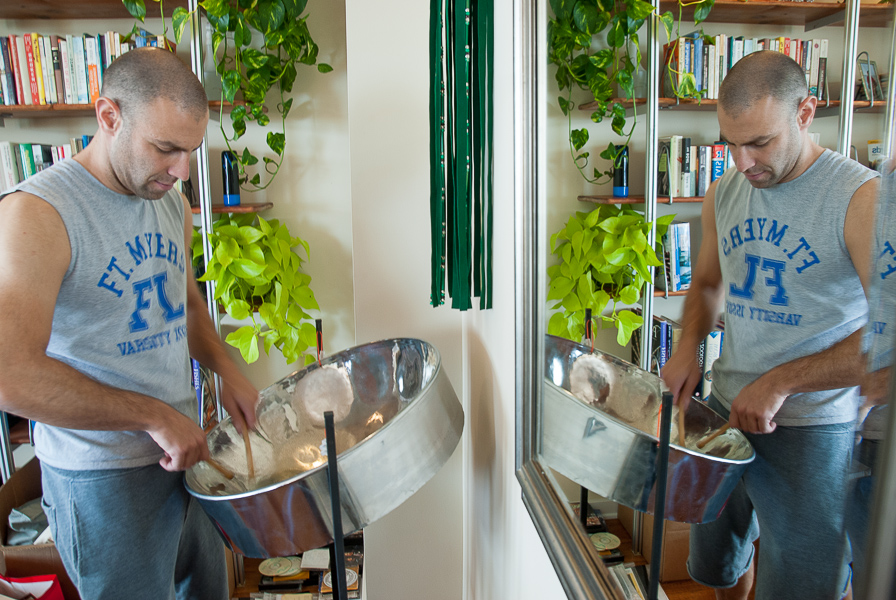 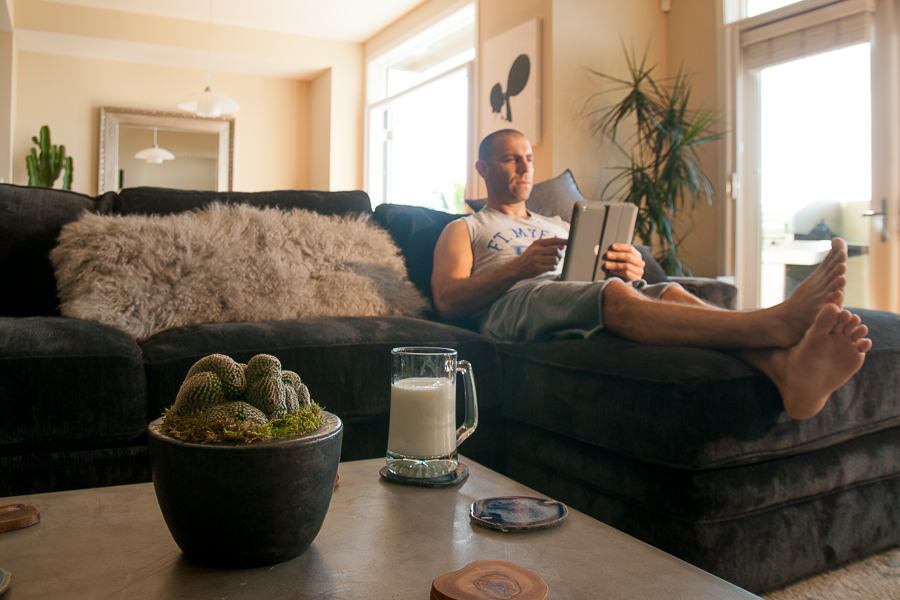 This crested cactus is nicknamed “Brainiactus” for obvious reasons. 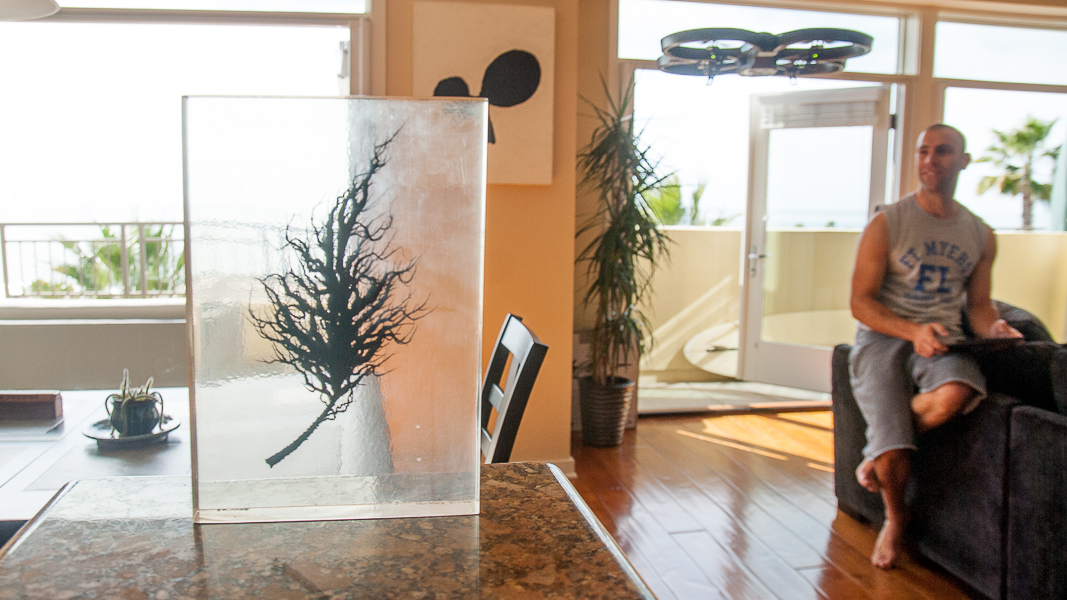 Another piece by Dustin Yellin is captured by a flying quadricoper, controlled by iPad and equipped with an HD video recorder. In the background stands a potted Madagascar dragon tree. 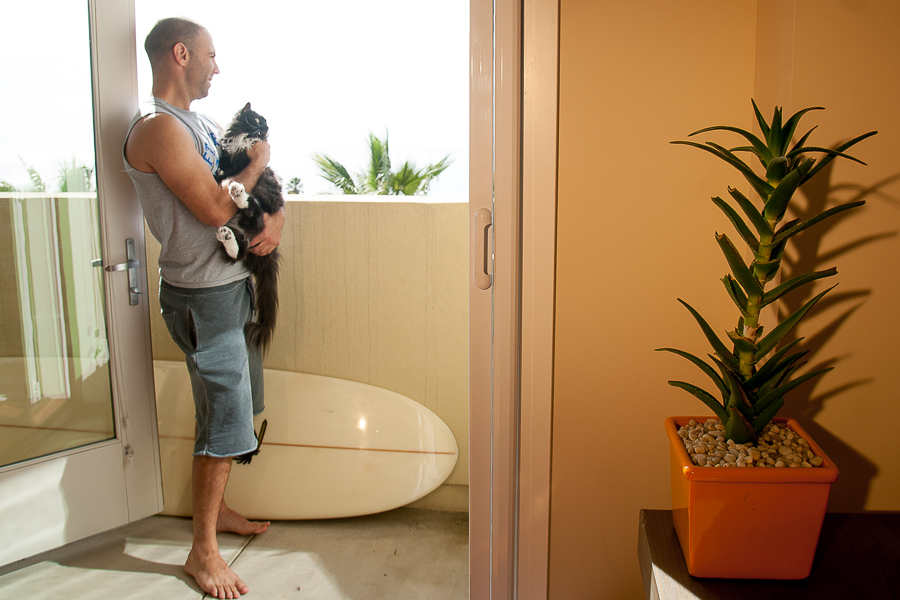 A hercules aloe (a Secret Santa gift from RB!) stands watch as Sam checks out the surf with his cat Che. Short for Chevere, Che was adopted by Sam while the latter was living in the Dominican Republic. “An American embassy family that I was friendly with had a litter and offered me a pick. He thinks he is a Dominican citizen, but technically he was born on American soil — just don’t mention that to him. There was actually a point I considered not bringing him back, a crazy thought as I cannot imagine living without him now. Cats live forever…right?!” 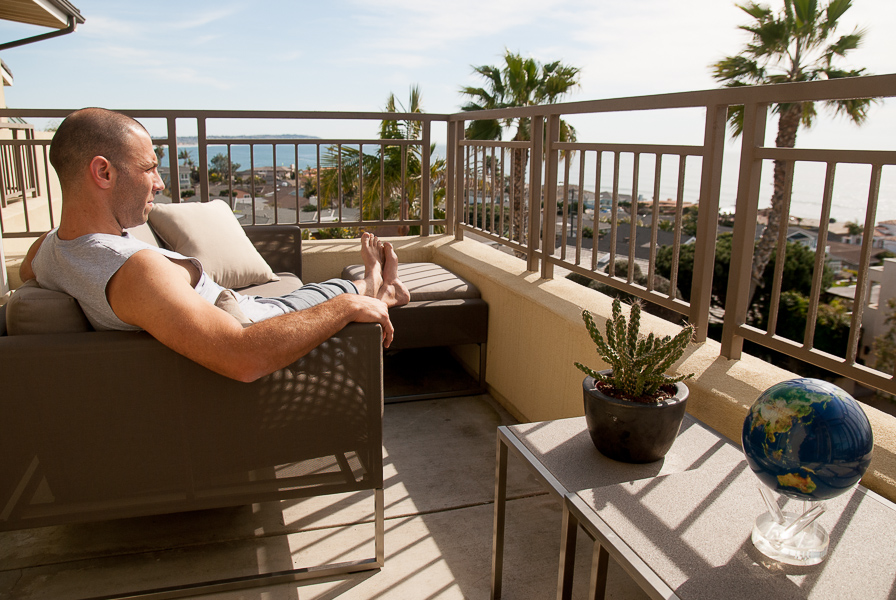 “I want people to feel like they are experiencing the beauty of San Diego,” Sam says of his home’s effect. “The best time is right before sunset when the walls have a golden glow from the sun.” 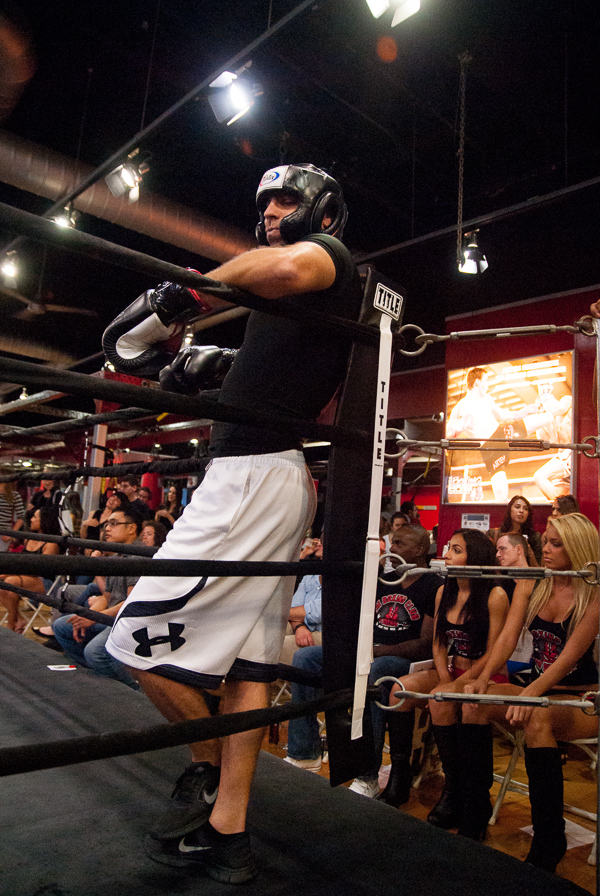 We tagged along for fight night at the Boxing Club. His fight name is Tiny Dancer, so of course our friend Jill had the DJ play the Elton John classic immediately before the first bell. 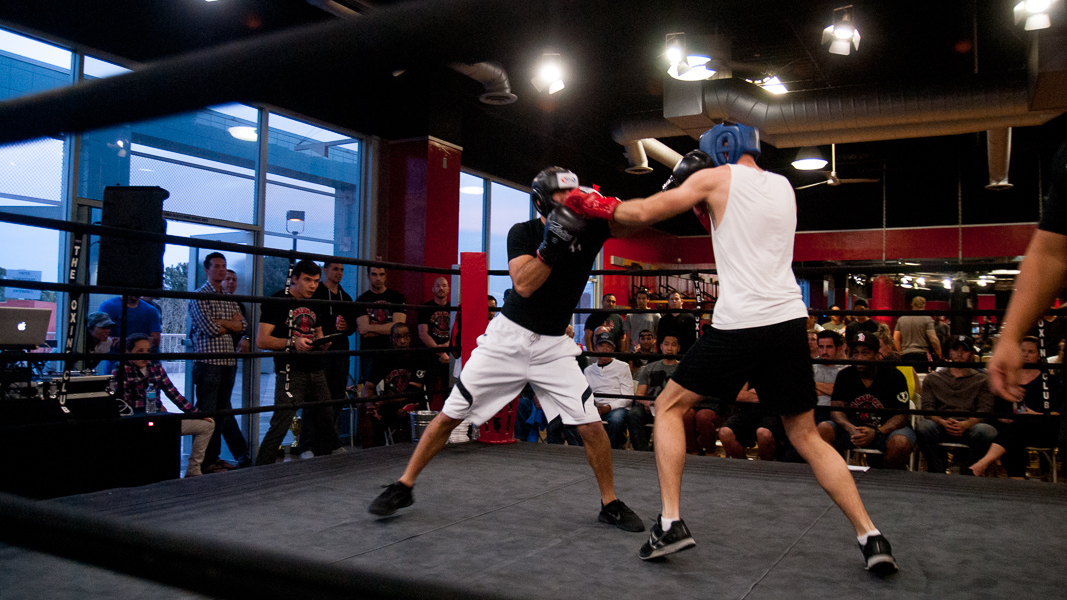 Sam brings the pain, right out of the gate. 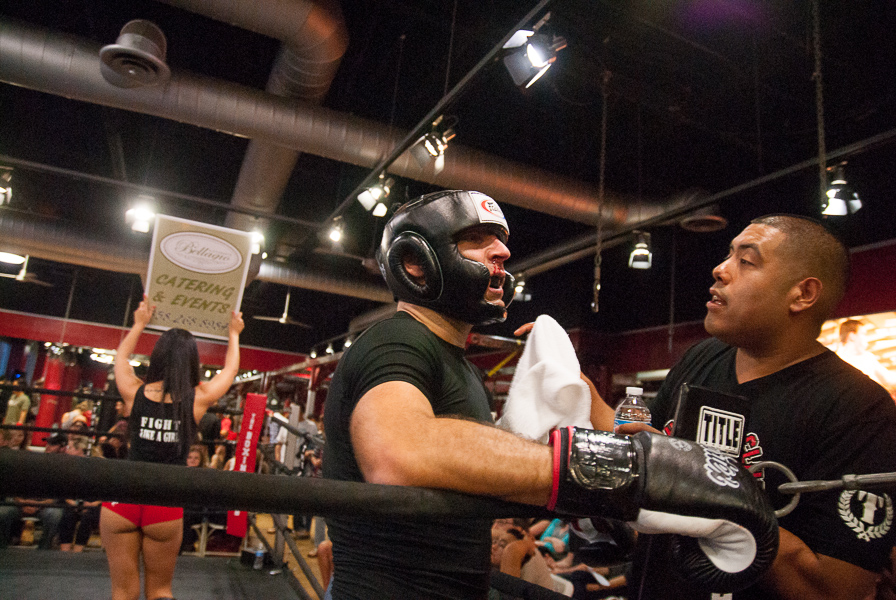 Blood on the dancefloor. 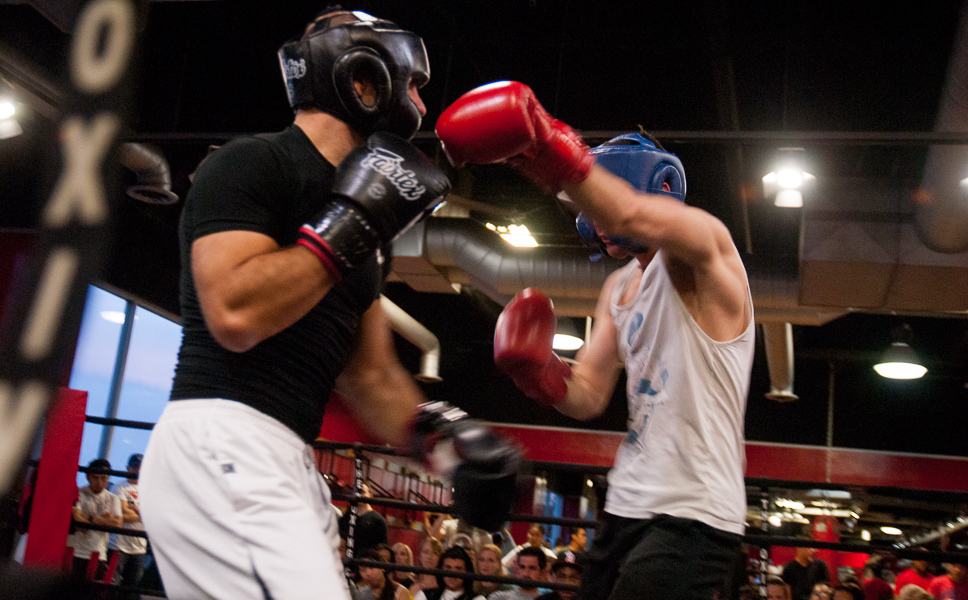 His opponent swings and misses. 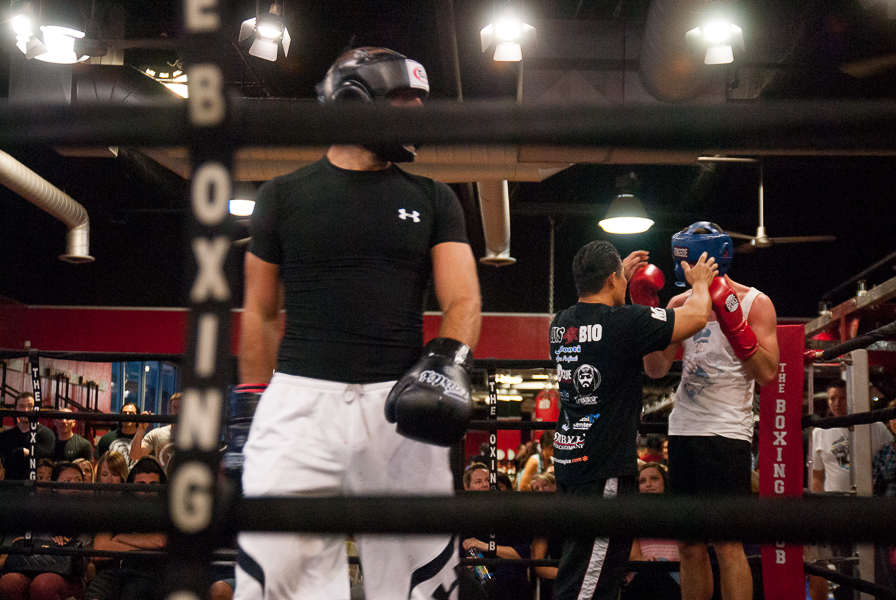 Dig this story? Be the first to read what’s sprouting — click here to add our RSS feed to your reader.