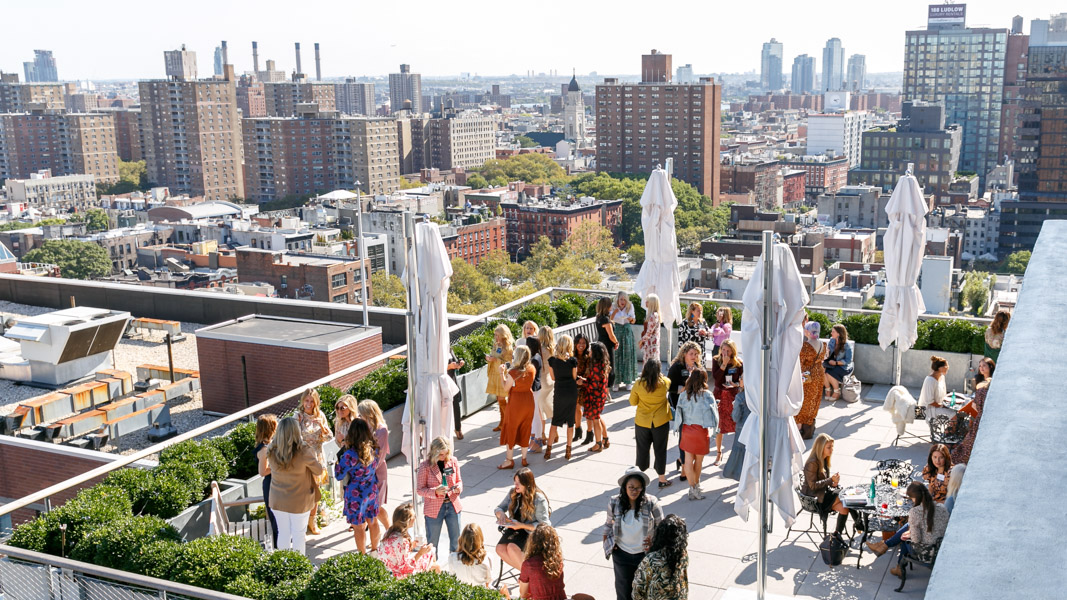 24 Dec Stylemaker and the city: Celebrating with BH&G in NYC

“When you live your life truthfully, you give permission to everyone else around you to do the same.”

We weren’t ready for this wisdom projectile from Patty Morrissey. It was a late morning in late September and The Horticult was in New York for Better Homes & Gardens‘s Stylemaker conference, which…well, you can read about our past attendances in 2018 and 2017! (We were also in the city to lead a houseplant and window box workshop with The Sill. See what we planted.) 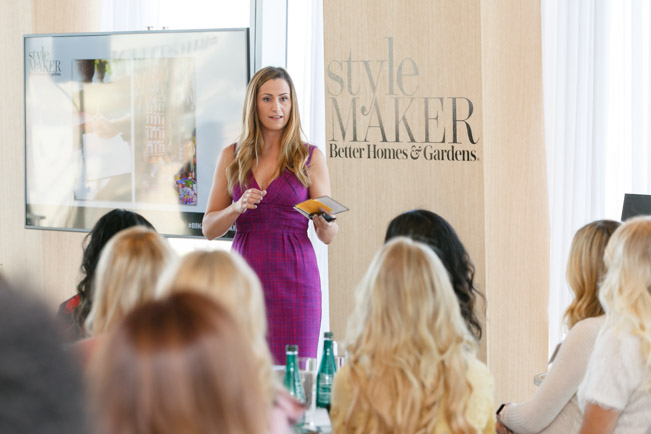 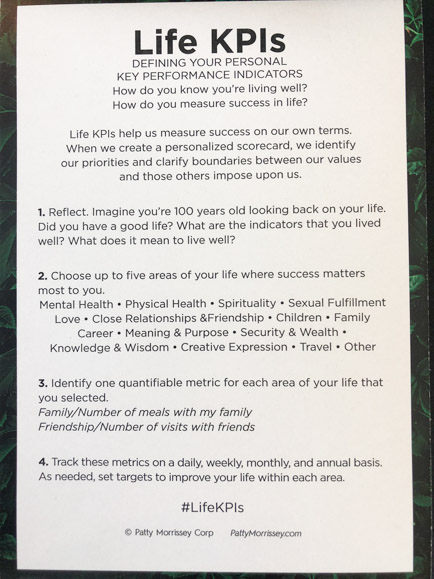 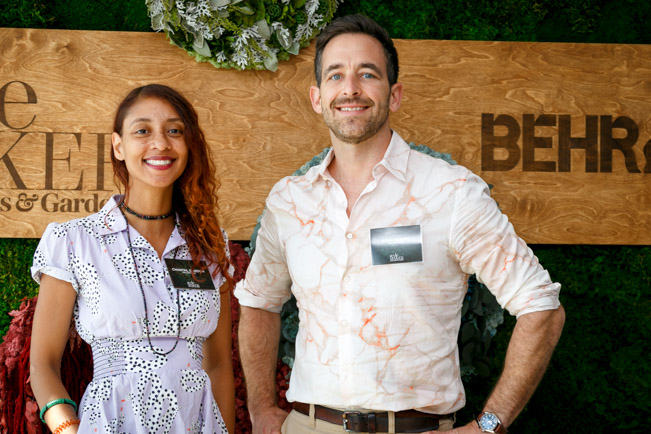 Guests gathered at the Public Hotel on the Lower East Side, where on the first floor you’ll find the infinitely impressive escalator. On the 17th floor, we ate up not only breakfast but also the panoramic views and caught up with BH&G editors. After opening remarks from editor in chief Stephen Orr, Session One got off to a big start thanks to the abovementioned Patty Morrissey, a Master Certified (“Jedi-level” per Men’s Fitness) KonMari Consultant. Her talk went way beyond whether you should keep or throw out your old swim team trophies; Patty led us on her Daily Joy Check, a grounding ritual of love, gratitude, forgiveness and letting go. She talked about the hardest parts of “KonMari-ing your life,” including saying good-bye to people and leaving jobs. She recommended making “artist dates” with yourself to inspire yourself. The whole talk was a gift. 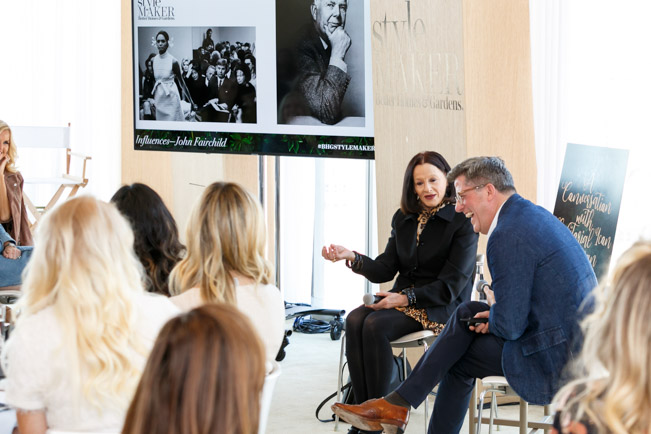 Editor in chief Stephen Orr chops it up with Marian McEvoy. 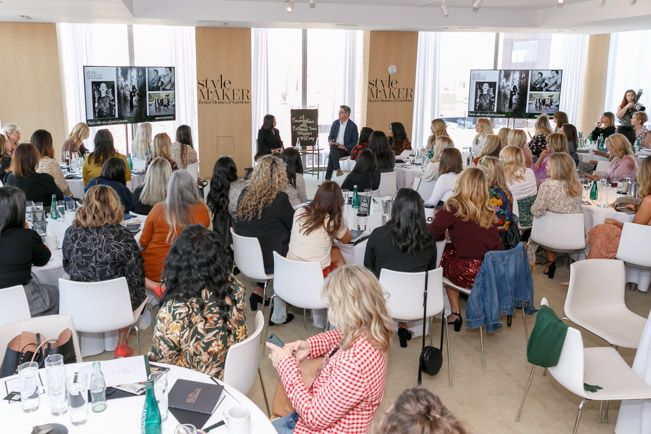 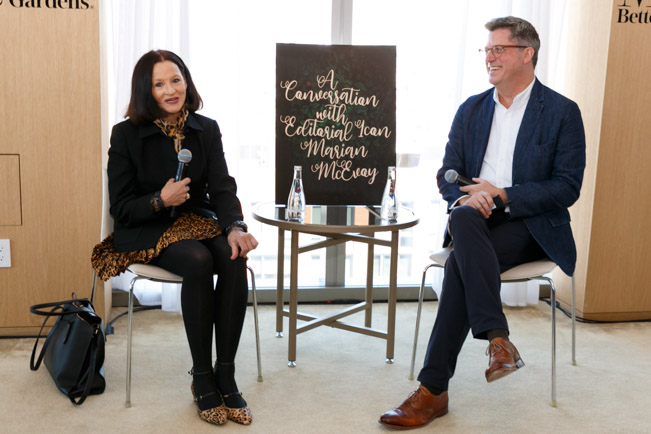 The rest of the day was big creative boost. There was the awe-inspiring conversation between Stephen Orr and editorial legend Marian McEvoy. (As a primer, check out the profile BH&G did on her earlier this year and this vintage New York Times story.) She got her start at Women’s Wear Daily, eventually moving to Paris — where she became friends and Morocco travel pals with Yves Saint Laurent — then becoming editor in chief of Elle Decor. Today she creates potent “Corkillage” sculpture and botanical collages and illustrations out of her Hudson Valley home. She also showed us a fireplace she covered in shells using just a glue gun. Reader, I’m still trembling.

Throughout the day the mag kept us fueled with coffee, tea, juices, a hearty lunch, and a panoply of snacks. We also painted the Behr Bear! We came back from lunch to find Sleep Number travel pillows on everyone’s chair, which made the flight home much easier. 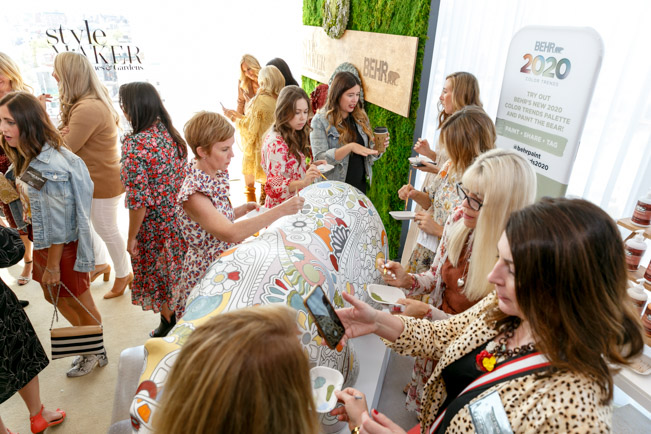 Painting the Behr bear between sessions. 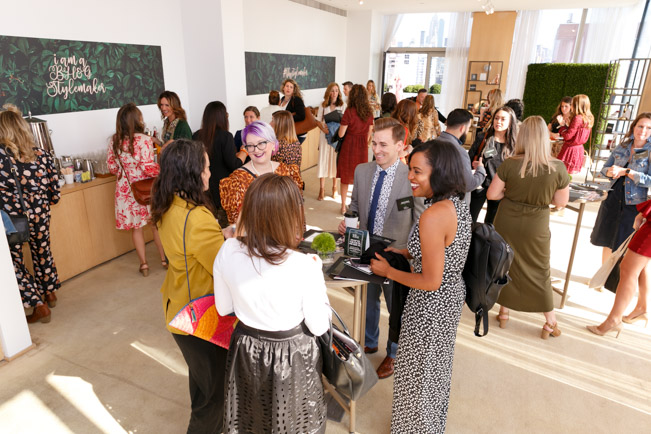 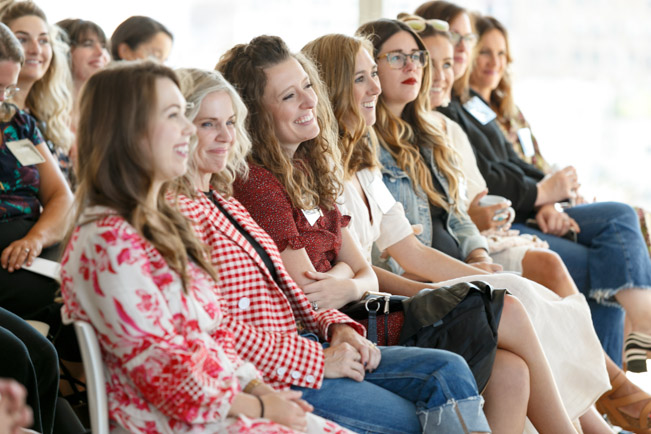 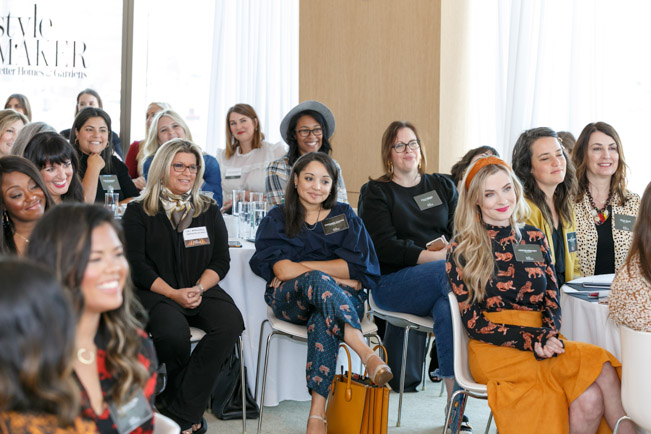 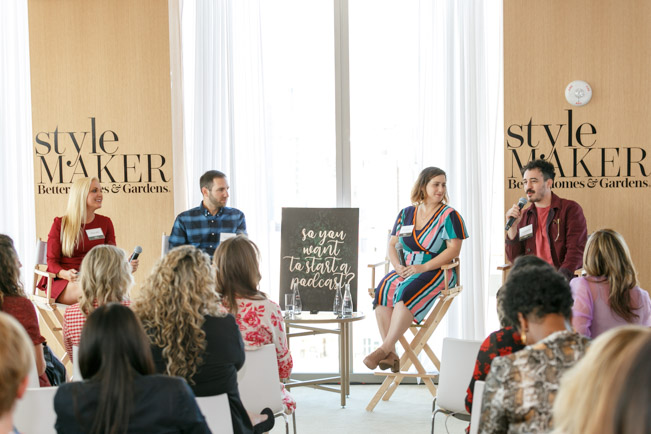 The panel on podcasting made the idea of it, of podcasting, much less intimidating. With moderator Rachel Reed, Scott Brody of Sports Illustrated, Alex Kapelman of Podcast Live, and Jenny Barish of Stitcher convincingly argued that today’s podcasts were only scratching the surface of the form’s potential. Just seeing how easy it is to obtain a good microphone was a helpful push.

Keynote speaker Bobby Berk had stories. (Today he’s one of the stars of the new Queer Eye, and an interior design titan in his own right.) After his childhood in Missouri, Bobby sought a more inclusive, more exciting hometown — a search that took him to Colorado and then to NYC, where he landed with just about $100 to his name. There was a string of jobs that included Restoration Hardware; he was infamously fired from it while the first Queer Eye‘s Thom Filicia was shooting in it! A few ingenious career moves later, and against the advice of all his finance-minded friends, Bobby bought an Italian housewares company that was $600,000 in debt. He turned it into the first brick and mortar Bobby Berk Home store, and paid the whole thing off in less than seven months. And of course, he showed us his work on Queer Eye —  where he redesigns spaces with the mission to amplify, rather than drown out, the guy who lives there. 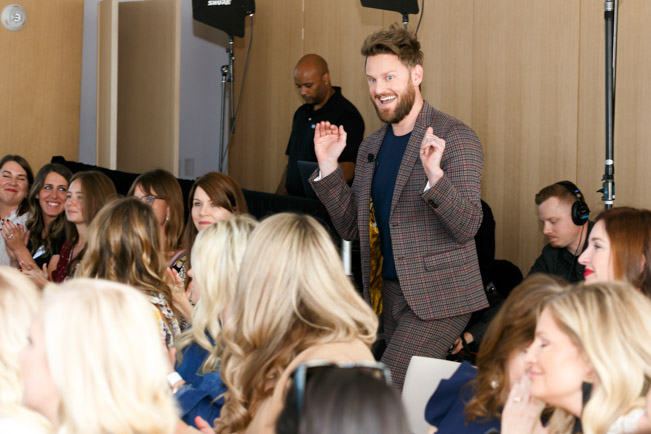 Bobby Berk is about to take us on a wild ride. 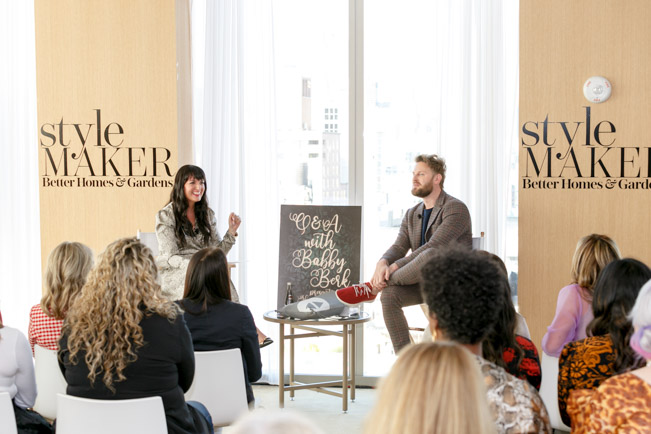 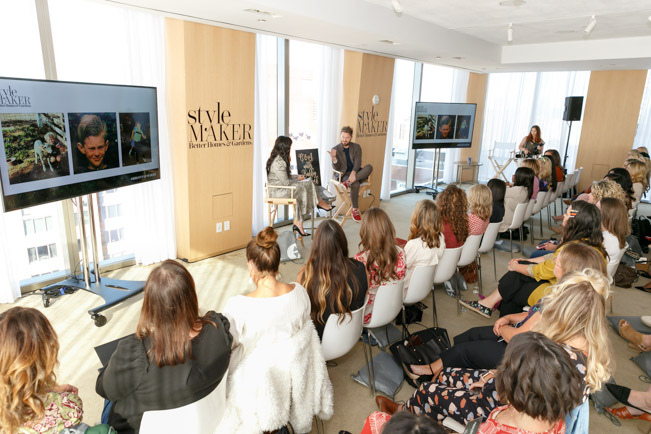 In other words, it was a stellar trip to NYC! Thanks so much to BH&G for inviting us to an event that always stirs and surprises. 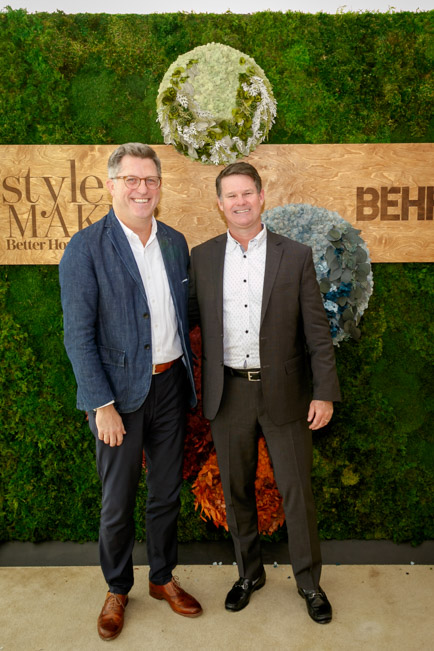 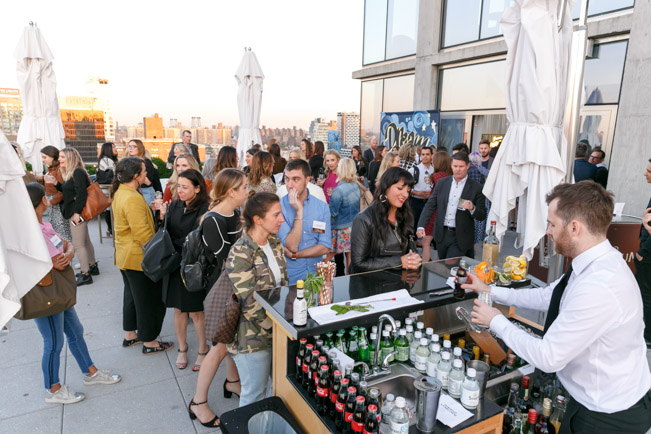 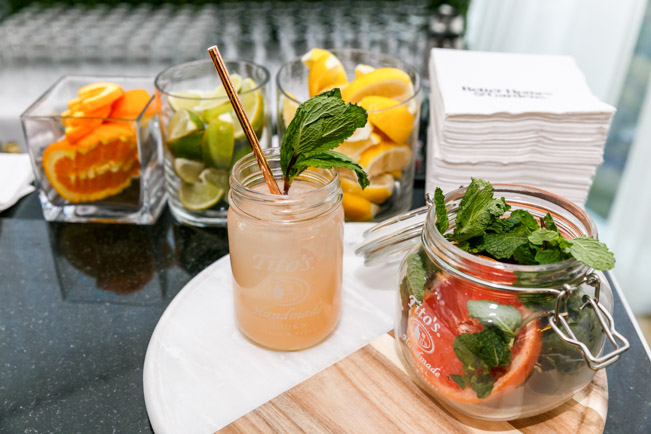 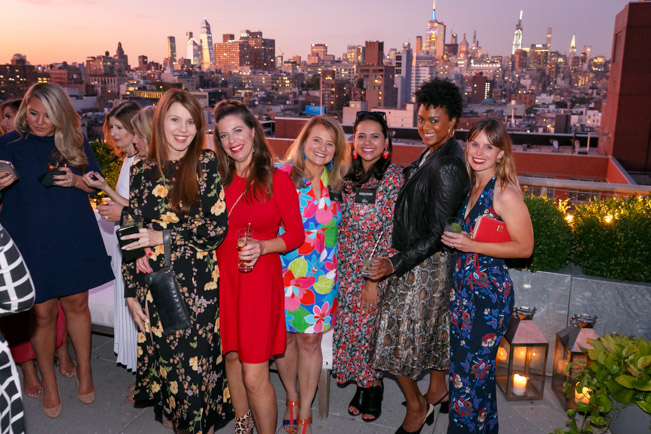 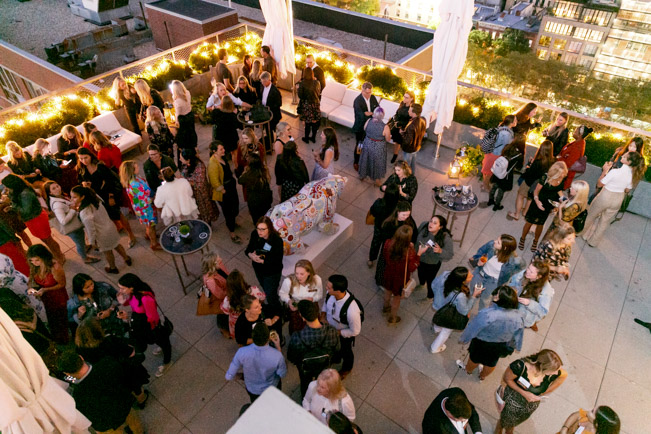 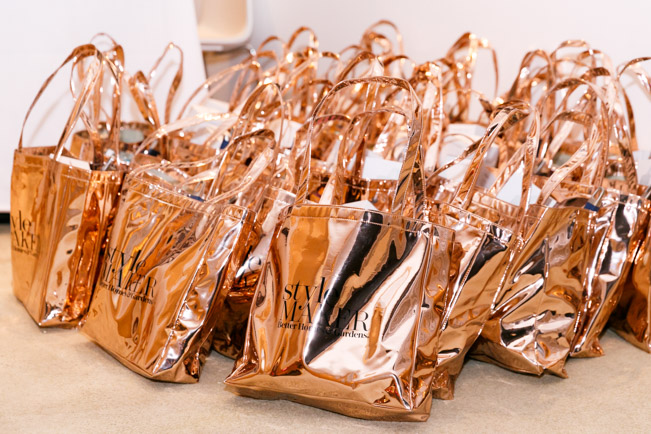 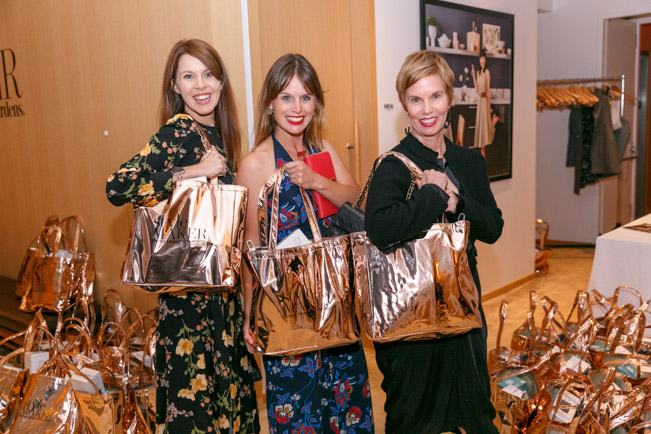 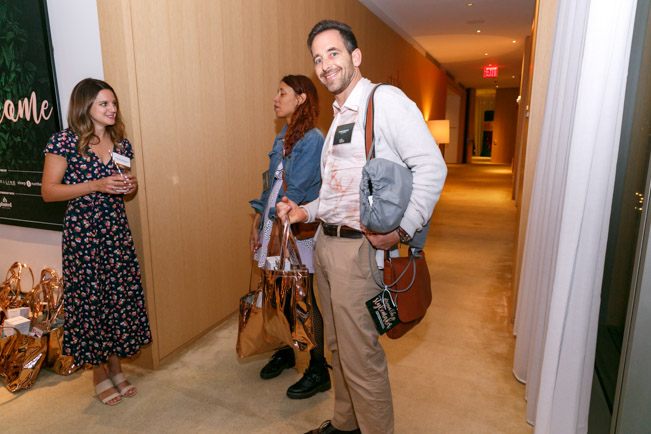