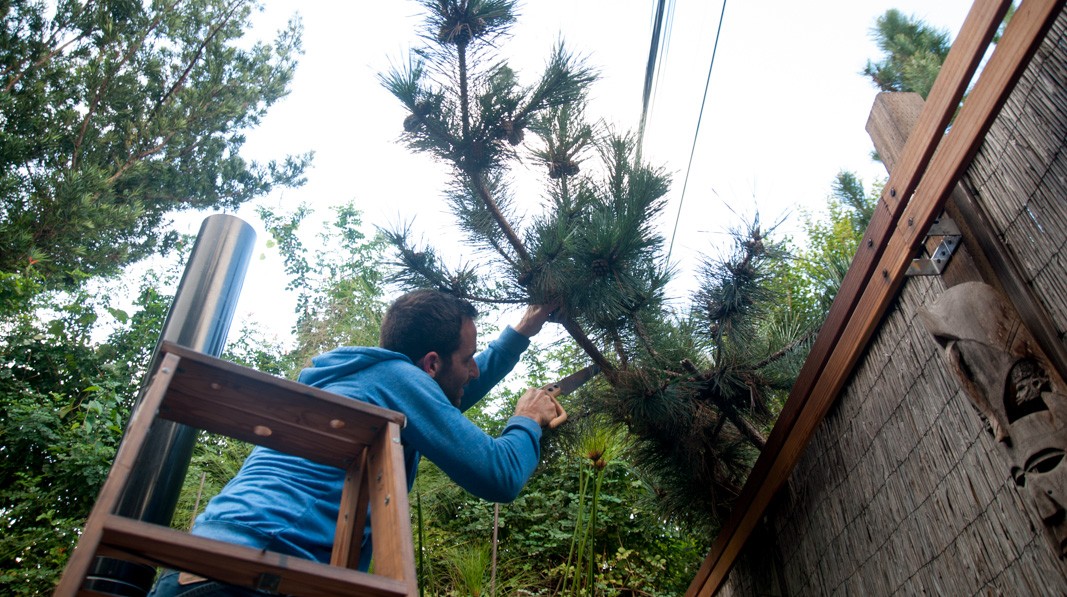 Today we celebrated our very first California Christmas. Normally we head to D.C. and New York for the holidays, but, between work demands and travel fatigue, we were content to nest on the West Coast.

Feeling nostalgic for her family’s Caribbean traditions, C made a brunch of bacalao, a dish of salted cod (desalted via soaking and boiling), olive oil, tomatoes, onion, white pepper and pimiento, with fry bake on the side. Ryan made his famed pancetta-sage stuffing, then we opened gifts in the afternoon, entertained a few new friends, and drank a delicious double-stout under the stars by the Preway fireplace. 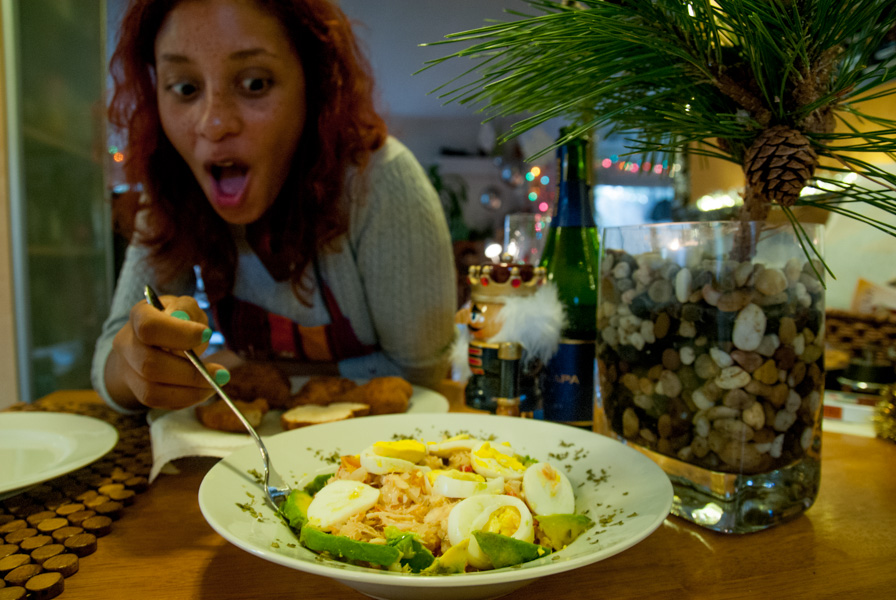 C wowed by the bacalao.

The one thing we forgot after numerous double-backs to the grocery store? Cut flowers. So, for a centerpiece, RB grabbed a saw and hacked off a branch from our neighbor’s pine tree (Pinus nigra) that leans over our fence. 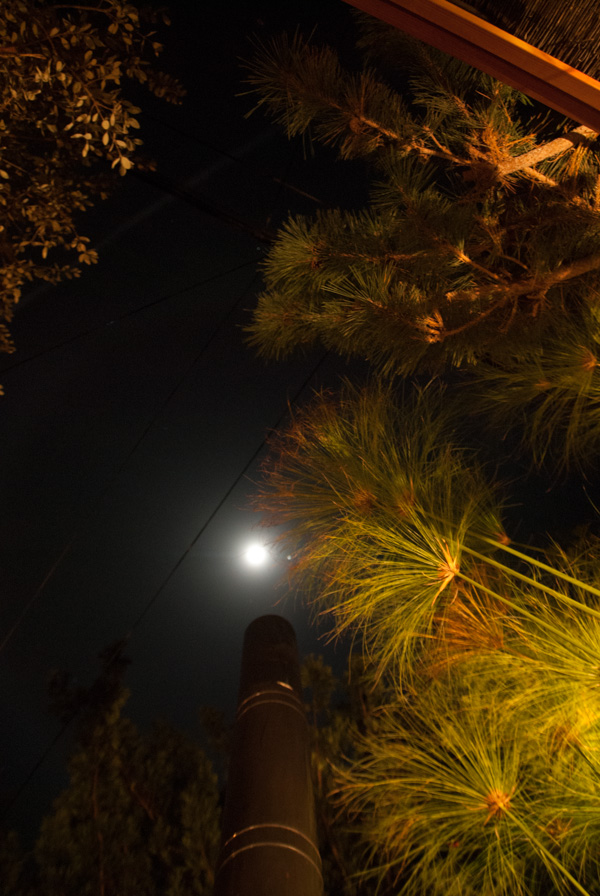 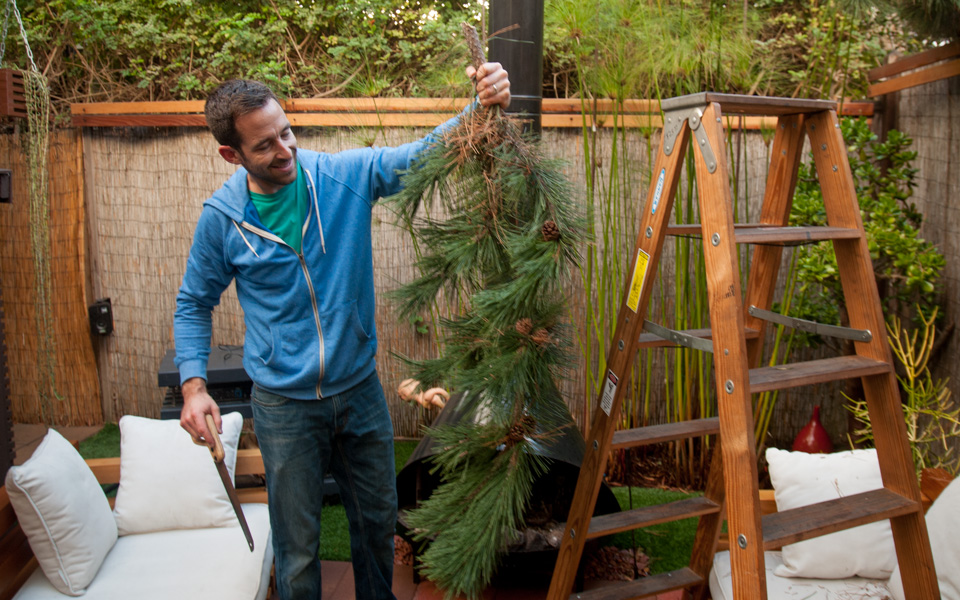 RB proud of his cutting. 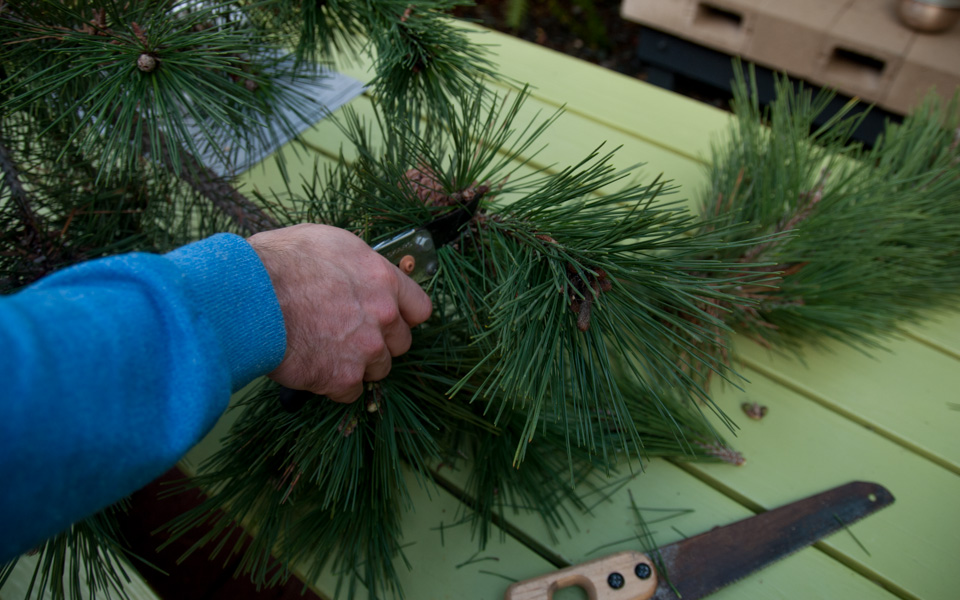 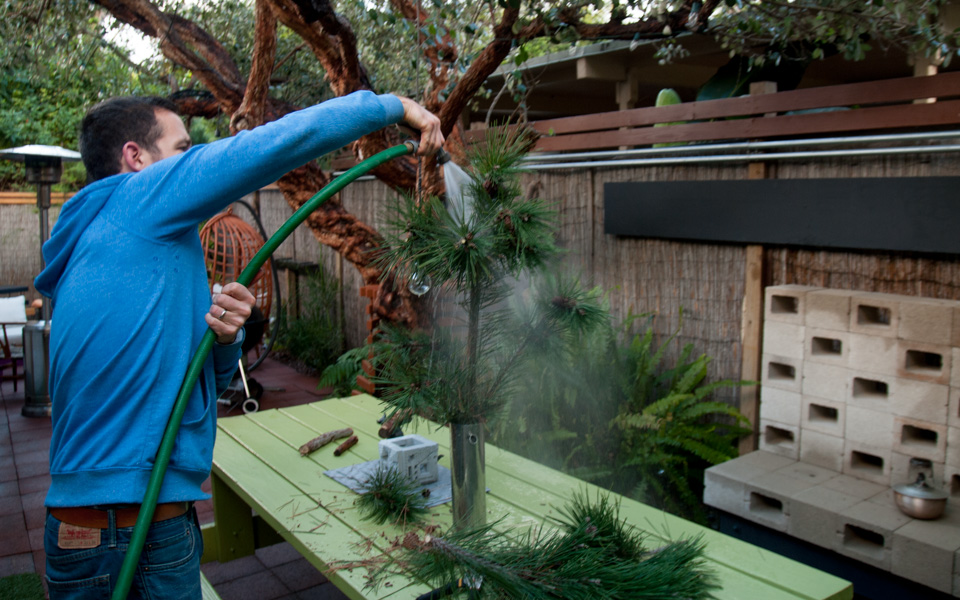 We stuck one branch into a silver water pitcher from CB2, two more in a U-shaped vase and another in a squarish glass vase filled with stones. Et voilà, three emergency centerpieces in 10 minutes flat.

Make sure to keep the vases plenty full of water… they are endlessly thirsty. 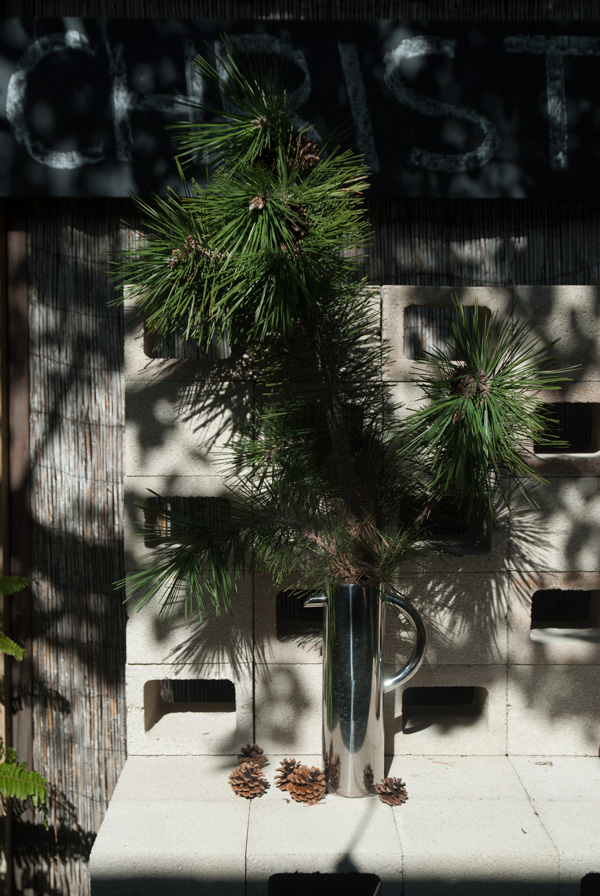 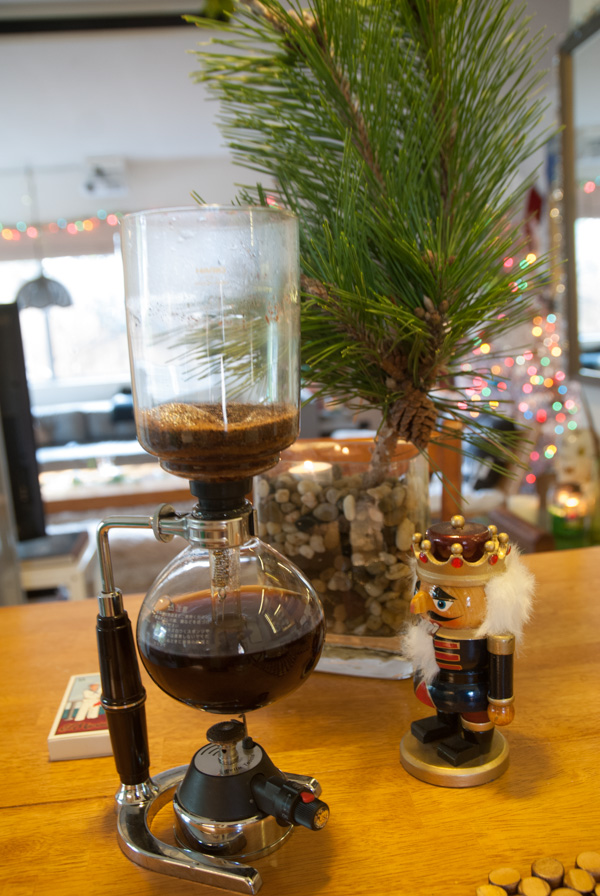 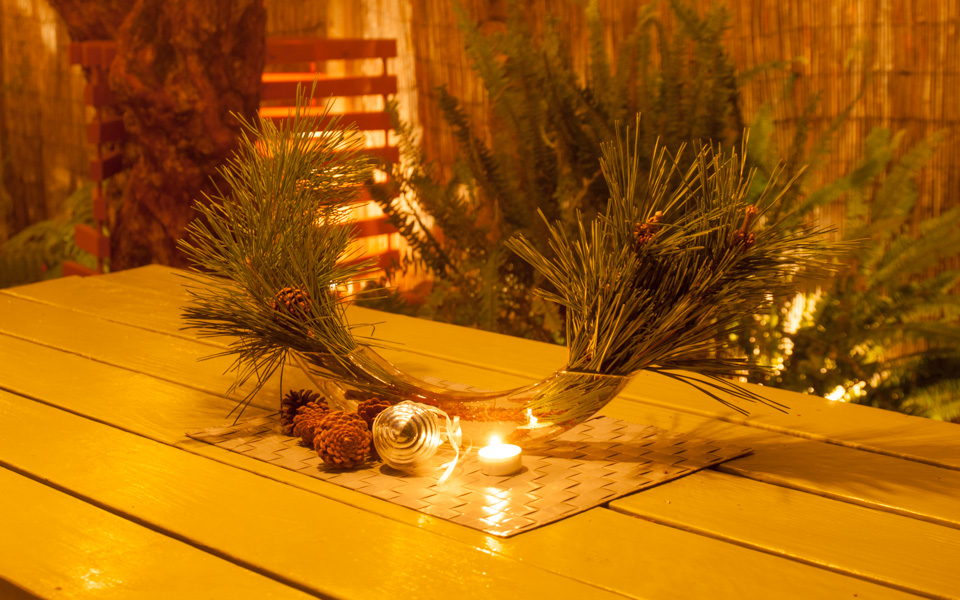 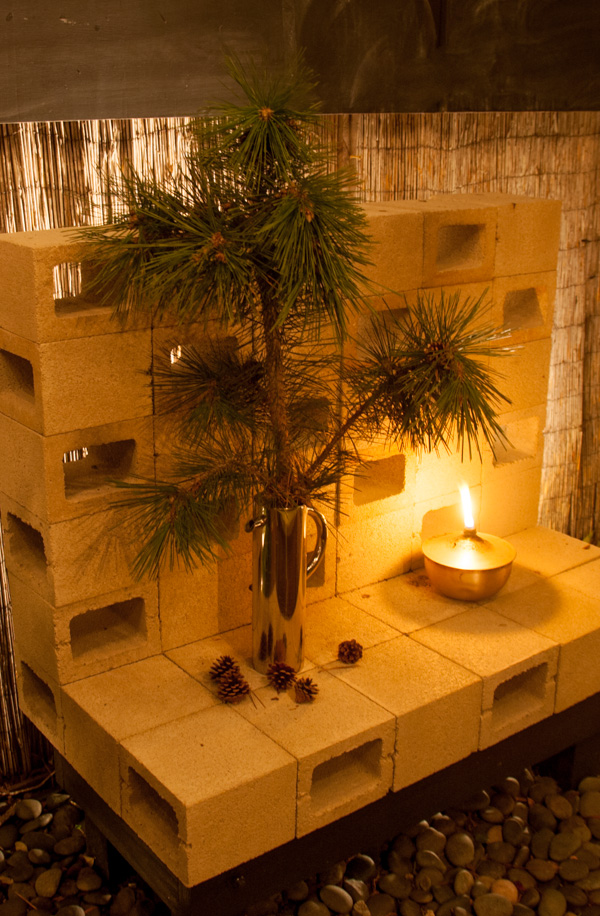