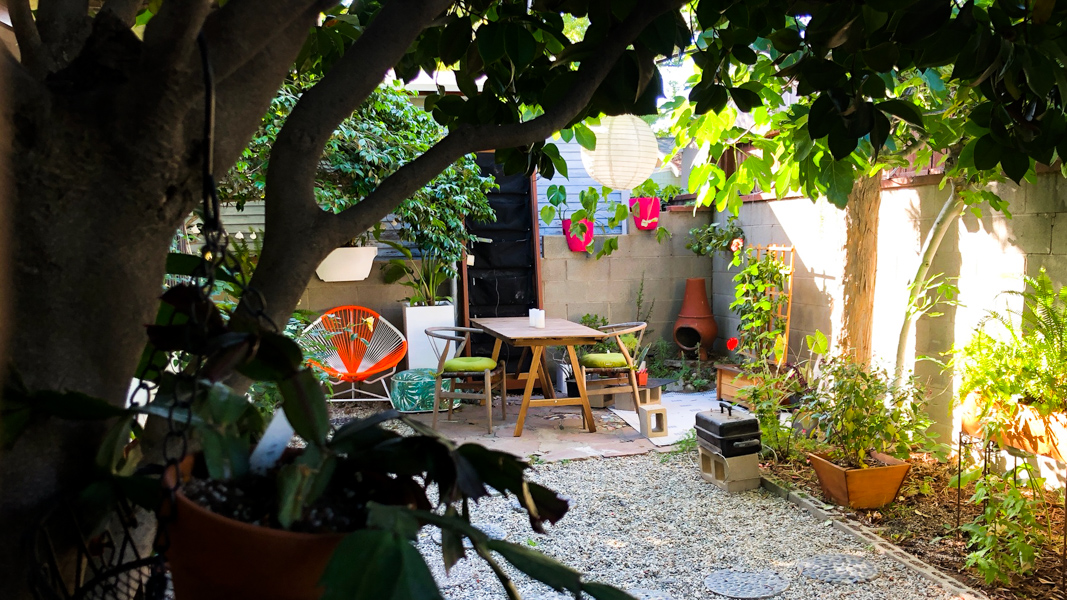 Last fall, I (Chantal) moved to a new place. It’s in LA’s no-longer-so-hidden gem of Atwater Village, which Barbara Bestor in Bohemian Modern calls “a funny little flat neighborhood just across from Silver Lake.” My place has a garden out back with four lofty camellia trees, a Ficus carica entering a new fig season, a Meyer lemon tree, and modest lineup of roses.

Now to address the elephant ears in the room, the obvious questions. Yes, the original Horticult Garden is alive and well in La Jolla, CA, cultivated by co-Hort Ryan Benoit. And now for the more wrenching answer: Ryan and I have separated and are no longer a couple. We remain creative partners and close, caring friends as we keep @thehorticult blooming daily on Instagram, updating this blog when we can, and yes, going HAM on How to Window Box.

It’s all been a challenge and a learning experience to say the least, but we’re doing okay.

So…maybe we should stick our heads in some flowers.

I’ve brought in a bunch of my own plants, of course—from natives like a giant coreopsis and salvia to monstera and bird of paradise. On the “Ina” TerraTrellis, a thunbergia vine rambles with 2D orange flowers. In window boxes there are ferns, woodland plants like bleeding hearts, and edible flowers like nasturtium and sweet alyssum.

As you can imagine, The Horticult LA is still a work in progress. The to-do list includes painting the cement block fence a color that’s lively but not obnoxious, bringing in some interesting rocks to create a serpentine border for a meadowy bed, and adding fragrant greenery to three special wall pieces designed by Ryan. This summer will also be delicious, thanks to a little veggie garden I’m co-tending with a neighbor! Check out the pictures below.

Plants are excellent therapy, after all. 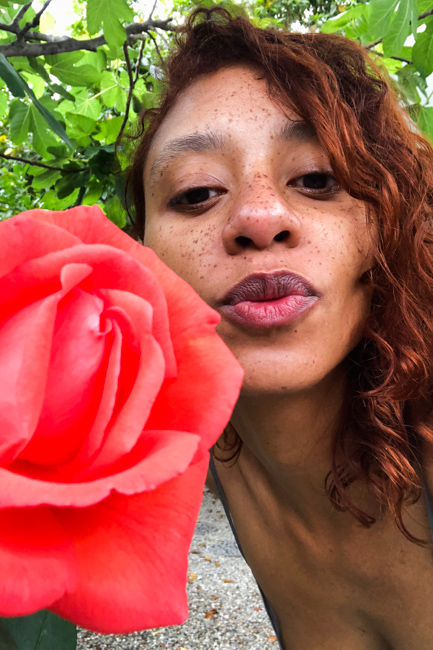 This spring rose was a blazing shade of coral. 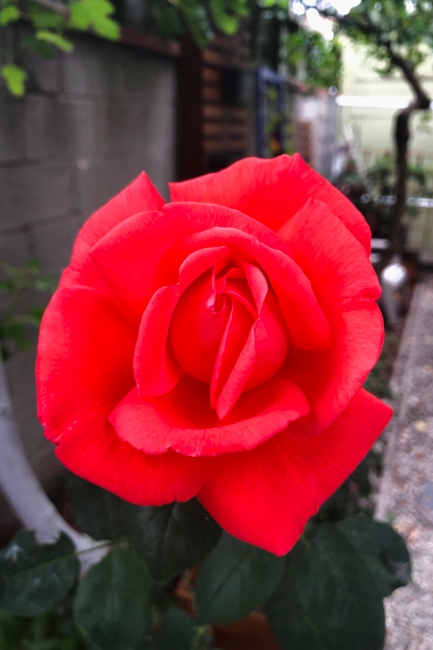 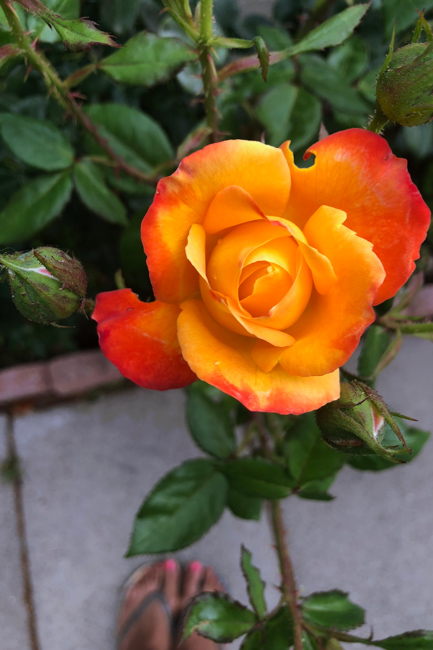 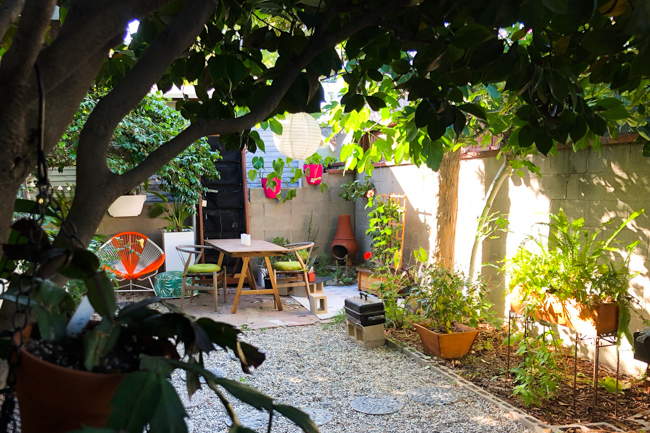 Can you spot the window box? 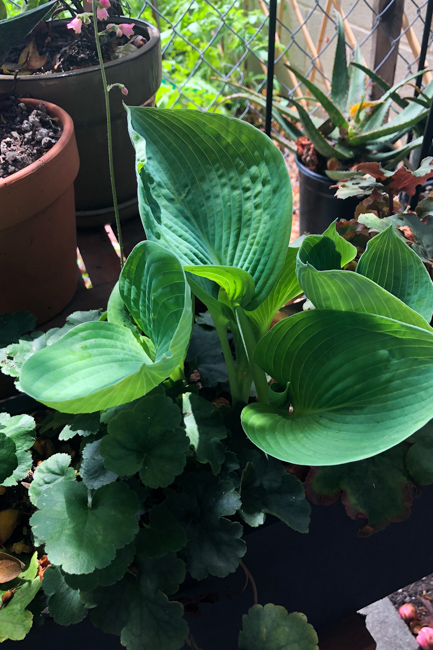 From another box, the Woodland: the Abiqua Drinking Gourd hosta, awarded Hosta of the Year in 2014 American Hosta Growers Association! This handsome darling went dormant during the winter only to bounce back with a vengeance last month! 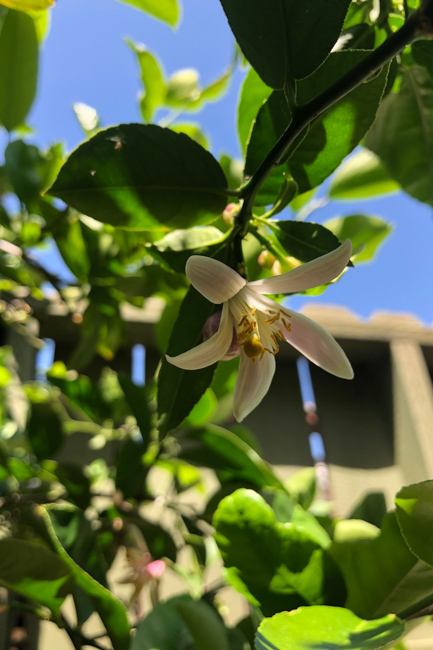 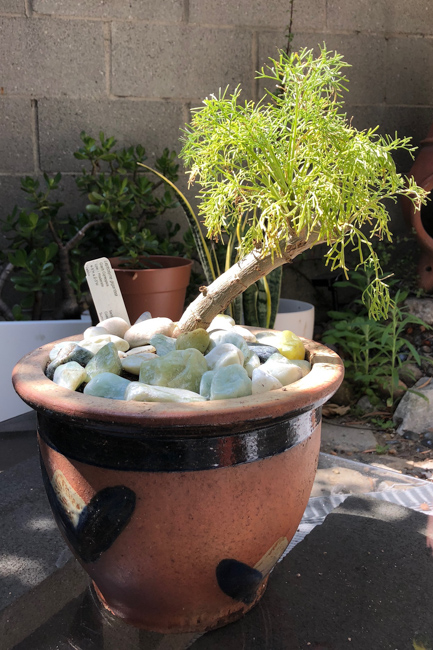 A native giant coreopsis I picked up from Theodore Payne Foundation’s nursery. 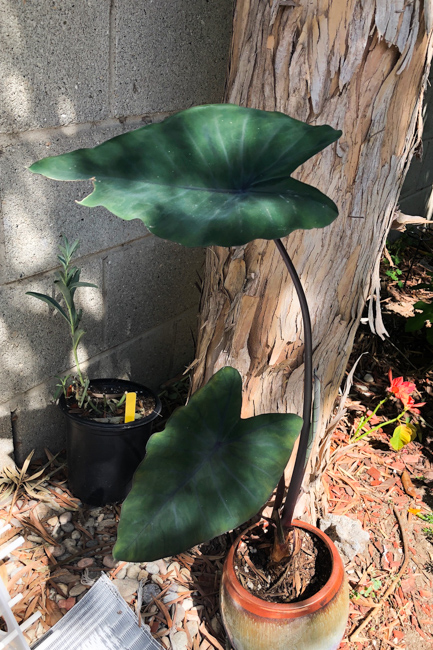 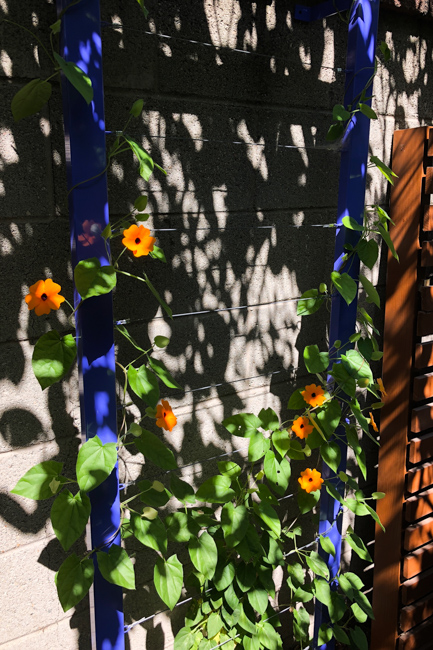 A black eyed Susan vine (Thunbergia alata) with orange flowers that sing against the Ina Wall Trellis Sr. in ‘Berry’ by TerraTrellis. 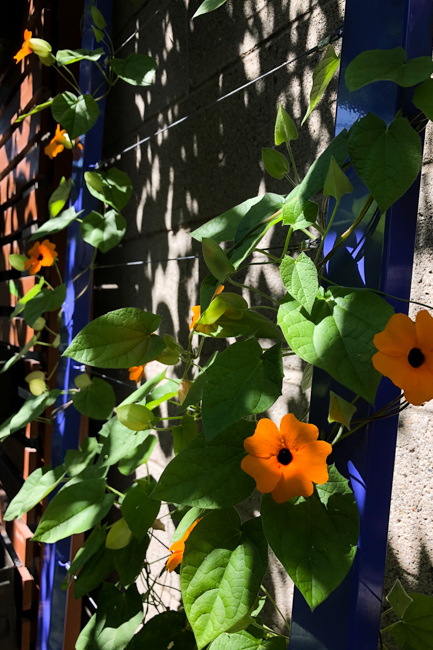 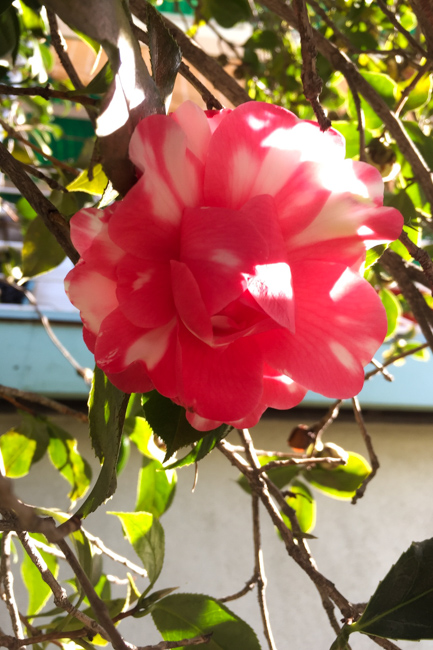 A stunningly splotchy camellia, which was blooming in mid spring. 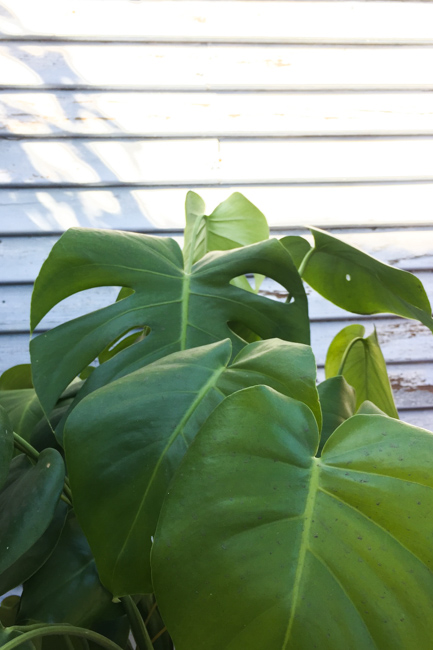 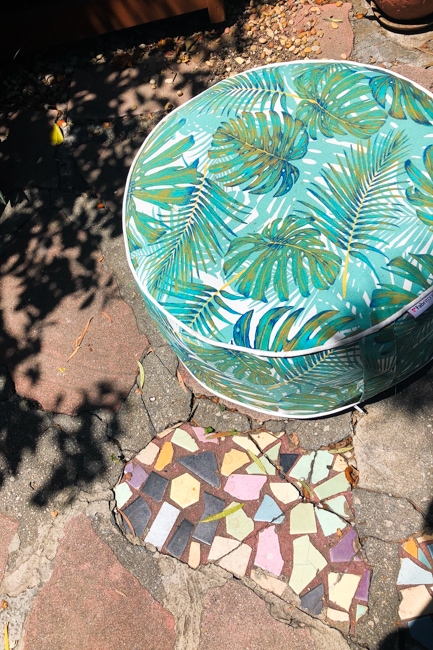 With an ottoman to match. 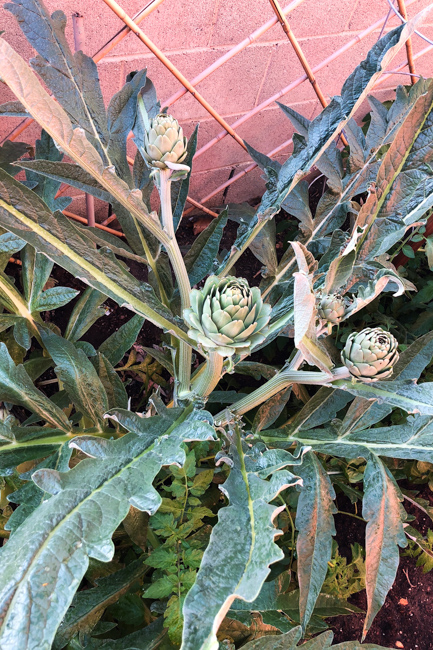 Next door, I’m pitching in with my neighbor’s awesome vegetable garden, including this big mama of an artichoke. 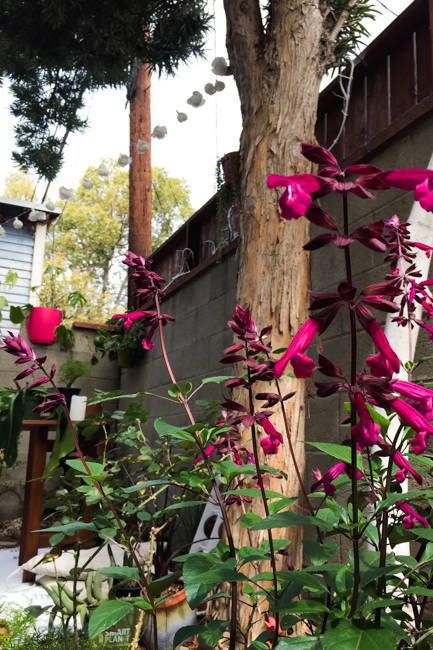 A native sage with velvety petals. 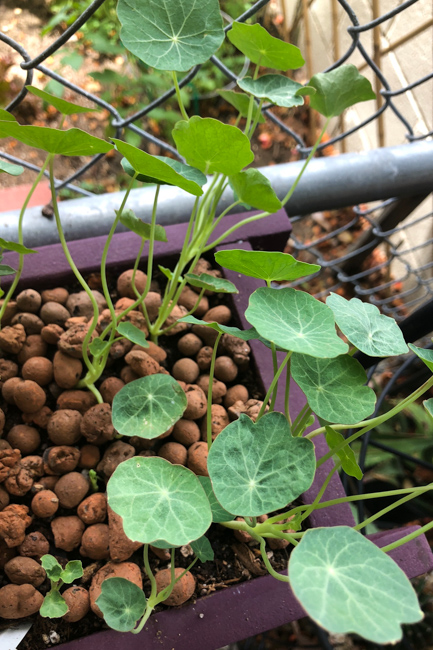 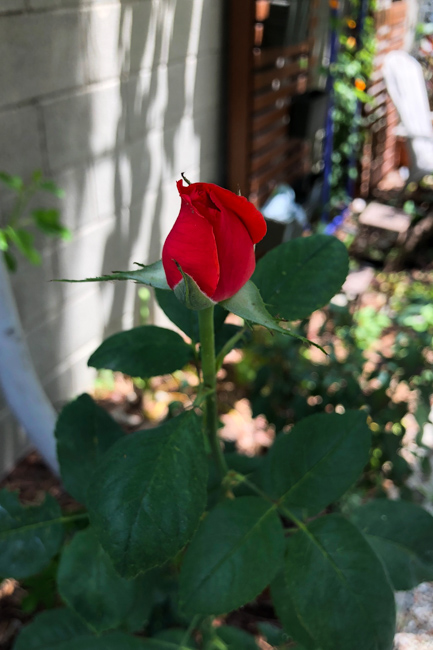 January was rose-pruning month in LA. If you follow us on Instagram, you might have seen me puzzle my way through the process with some help from Gardenerd. 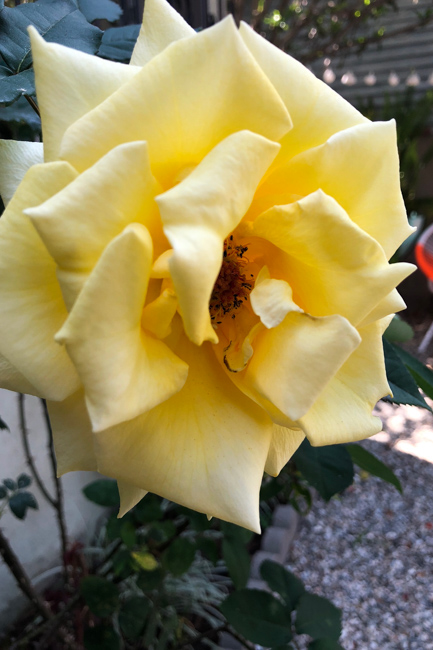 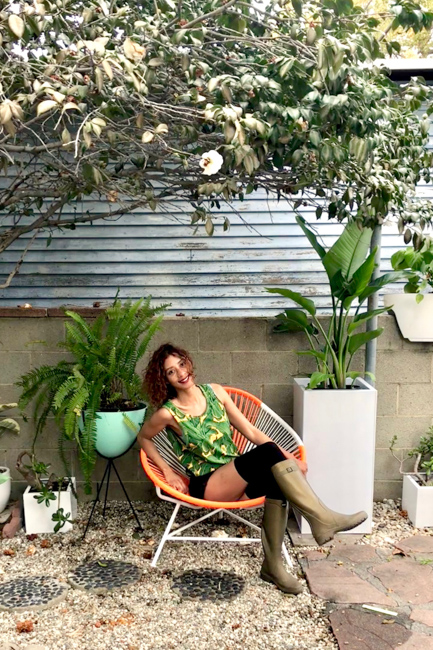 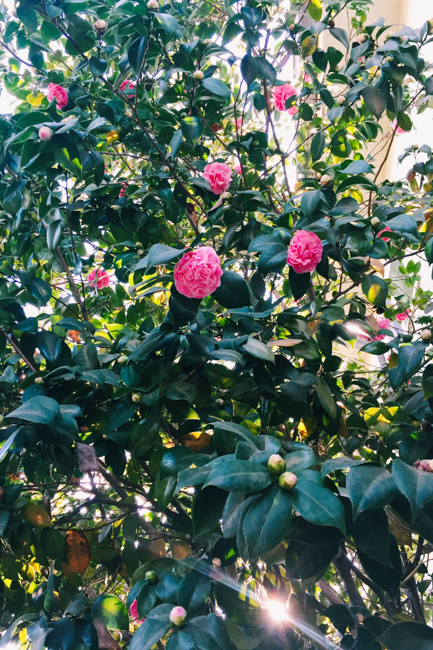 Tallest of the bunch, the Camellia japonica ‘Debutante’ blooms late fall through winter. 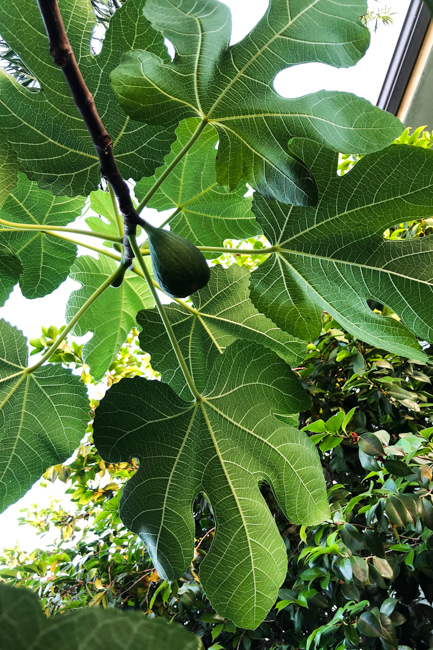 Under the shade of the fig tree. 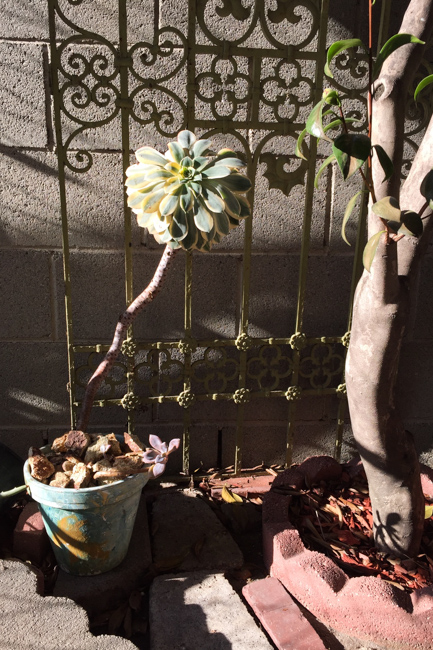 In the southwest-facing nook that gets lots of afternoon light, an Aeonium decorum ‘Sunburst’ feels at home. 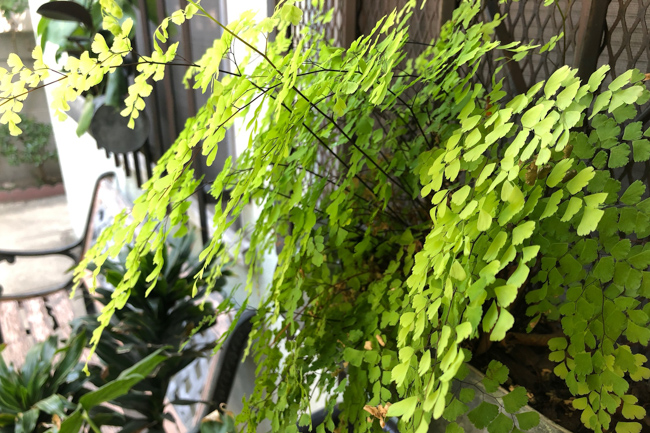 This ever-thirsty maidenhair has come back from the brink of death with twice-weekly waterings and a shady spot under an eave. 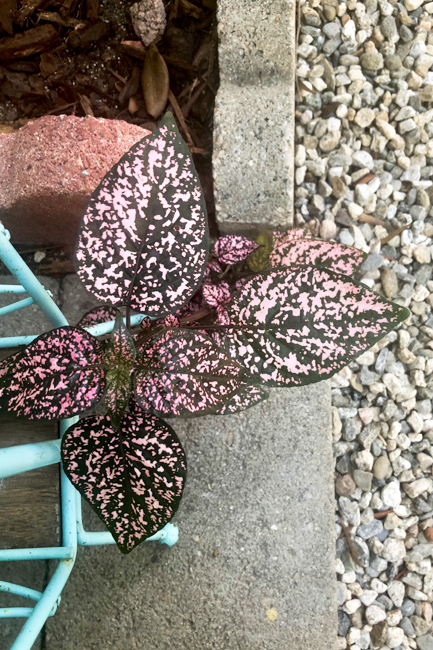 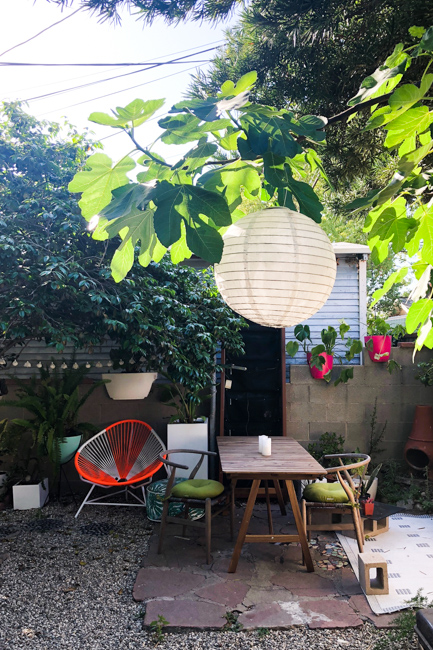