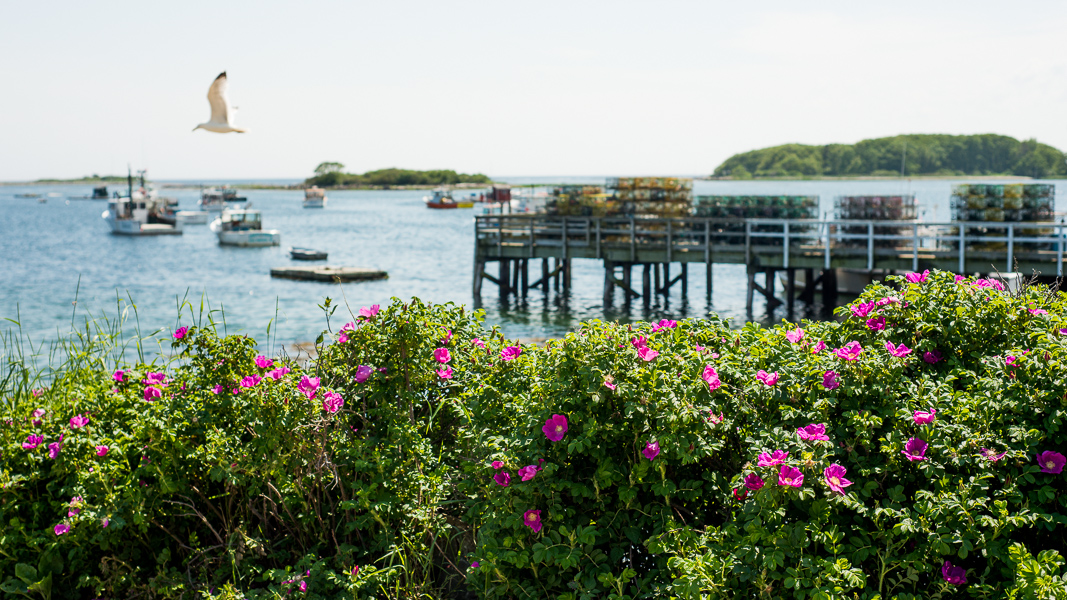 28 Jun In the Thicket of Things: The Ballad of the Wild Beach Rose

If any scent has the power to immediately take us right back to our recent, epic drive through the Northeast — five days, five months, five years from now — it’s the fragrance of Rosa rugosa growing along the dunes of Montauk and Maine.

We first spotted these wild beach roses growing in the sand near Shadmoor State Park. We sat beside them while eating lobster rolls at Cape Porpoise. We whistled past thickets six feet deep while riding bikes in Kennebunkport, passing in and out of their pink perfumed auras. The broad, single petals of these roses are theatrically at odds with their beige, salty surroundings. The leaves are crinkly, pinnately compound. Apparently, this plant spits in the face of chemical sprays. Rosehip fruits (aka beach tomatoes) of Japanese roses (what they’re also called) are a colossal source of vitamin C. There’s just something honest about this flattish, open-faced bloom. 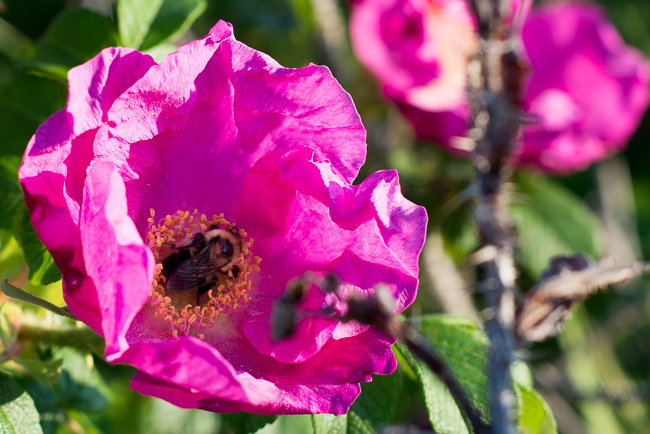 This hardy flower is, according to fossil records, among the oldest species of roses.

Like quite a few other plants we know, these flowers have been naturalized in the U.S. to the point of invasiveness. “ ‘Wild’ in this case does not signify native,” Richard Grant writes in the brilliant cover story (cover story!) of the June issue of Down East magazine, dedicated to life in Maine. And in winter, “en masse, the blackened stalks make a feature of sorts in the snow,” Grant further points out about the Rosa rugosa, which is native to Asia — and even grows along the coast of Siberia.

Take a tour of the beach rose bounty below: 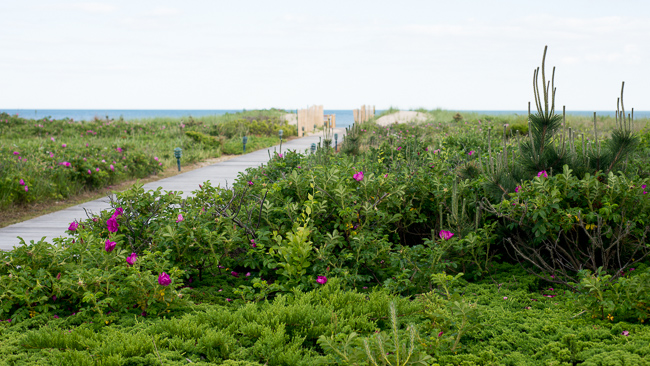 Montauk, New York, near the intersection of Surfside Place. 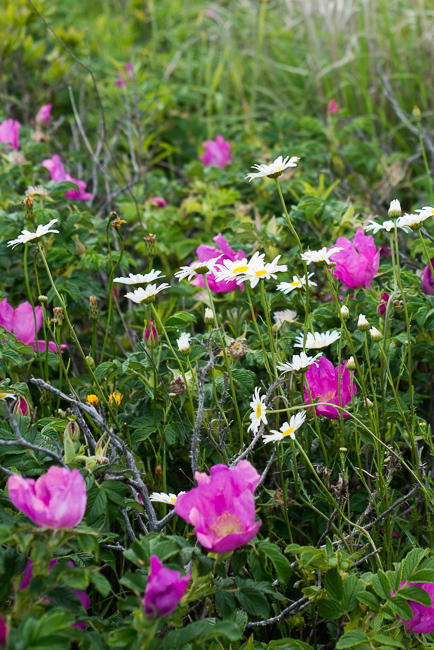 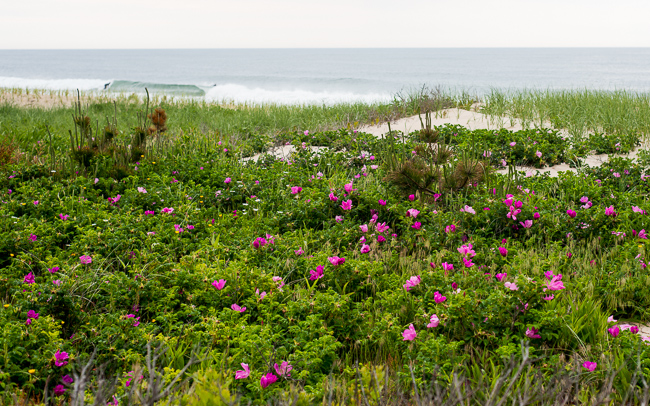 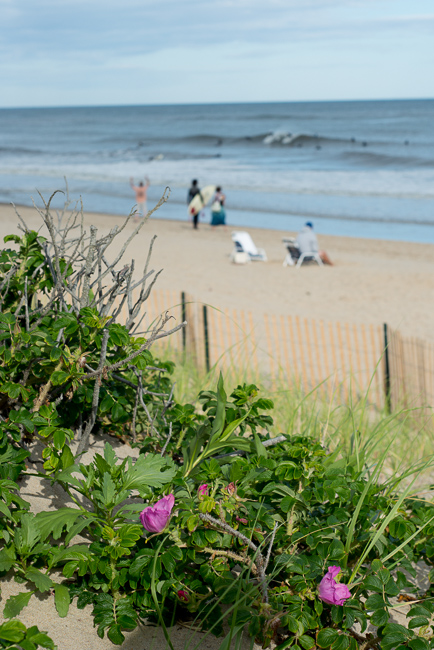 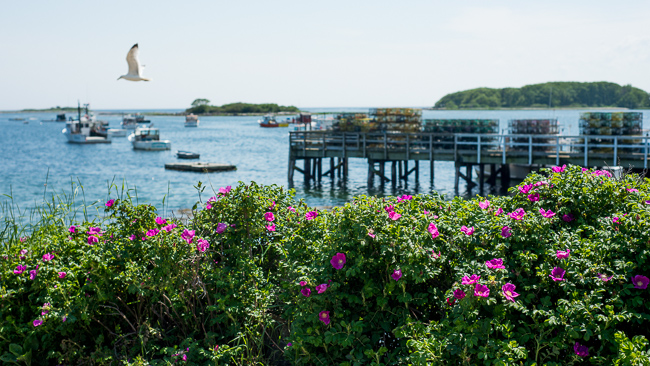 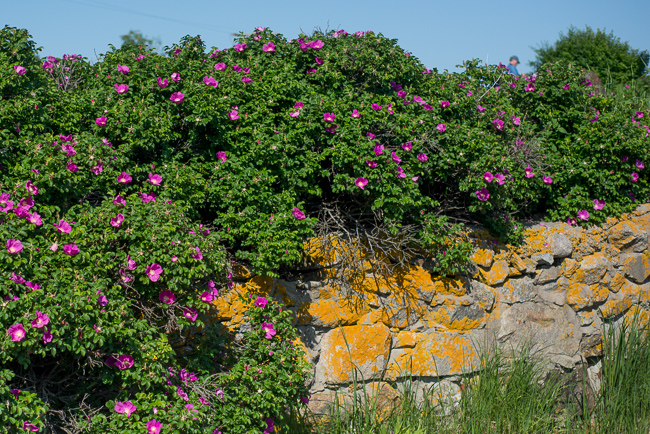 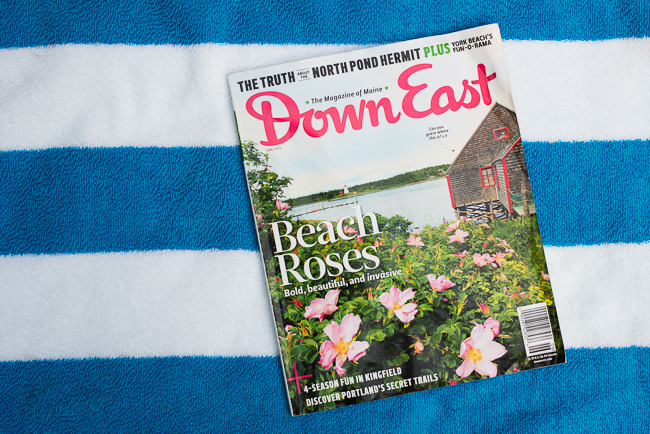 Any magazine that puts a flower story on its cover is a magazine after our own hearts. 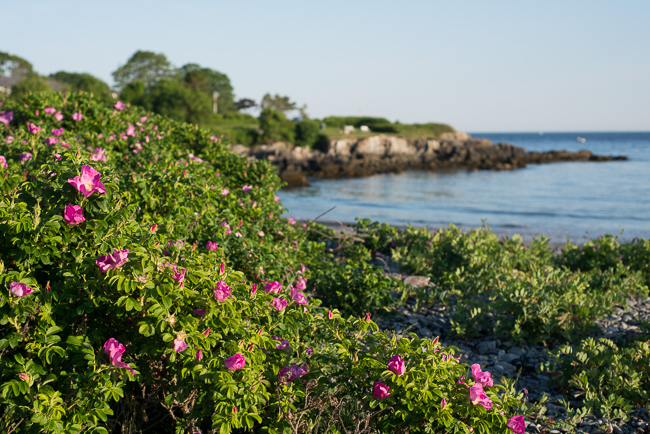 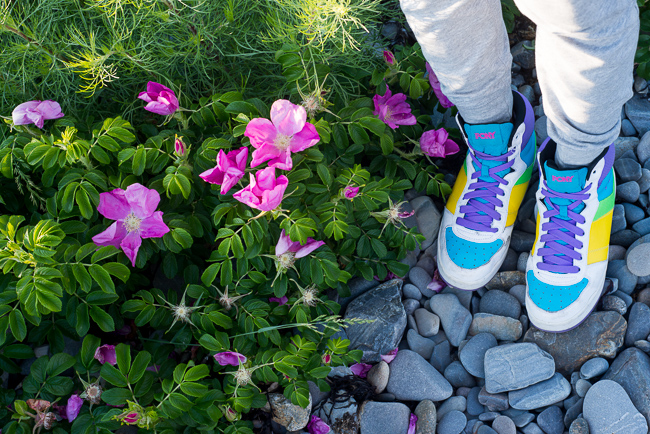 C sneaks past some saltspray roses, which will bloom intermittently until frost. 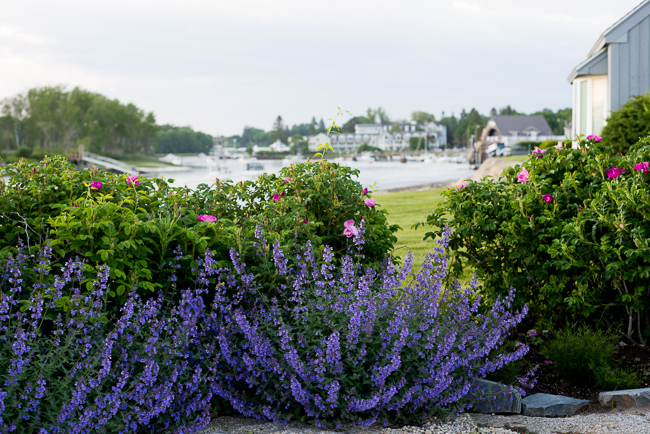 Salvia dukes it out with the beach roses near our hotel, the Nonantum Resort. 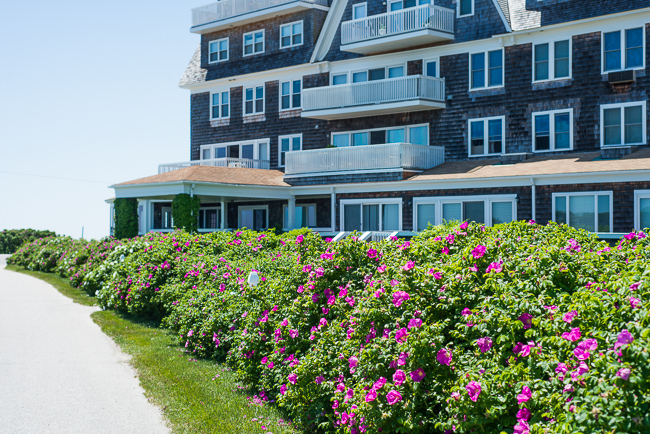 Beach Avenue at Mother’s Beach: While the majority of wild beach roses are pink, white blossoming shrubs can also be found. Can you spot them further down the path? 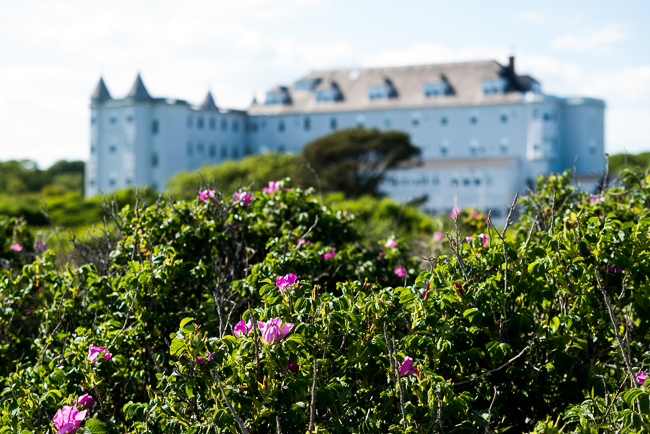 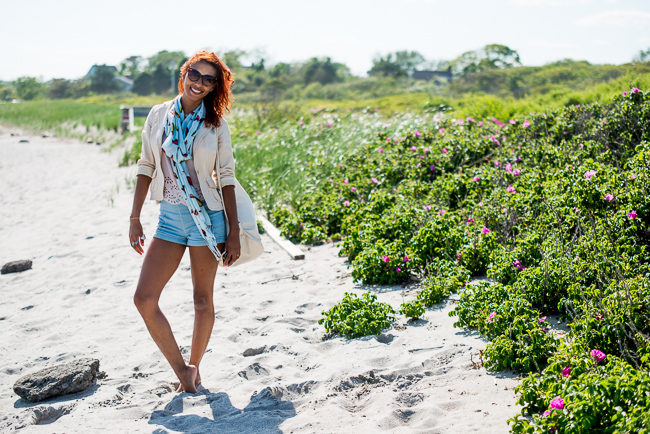